Some neighbors can be complete jerks.

I mean we all know what I am talking about. From loud music in the middle of the night to pestering you anytime, they get. However, what I have not seen before is someone stealing their neighbor’s cat. I think that is honestly on a whole new level. If they wanted a cat that bad, they could just adopt one rather than stealing someone else’s.

Anyway what they had not expected that this cat would be an a**hole (which is surprising since most cats are like that.) And also that this particular cat really liked wet food to the point that he was ready to destroy the whole house just to get out. Not that the neighbors didn’t deserve every bit of it.

I would never understand how stealing someone’s cat can be justified. 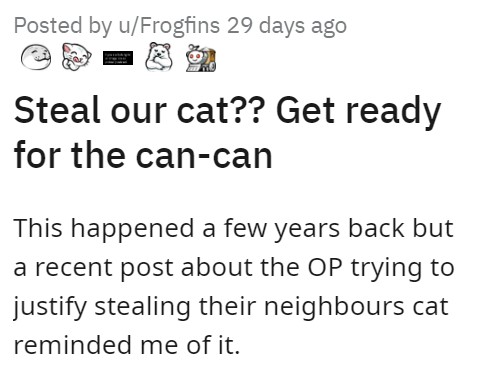 Putting everything aside for a moment, I love the name. 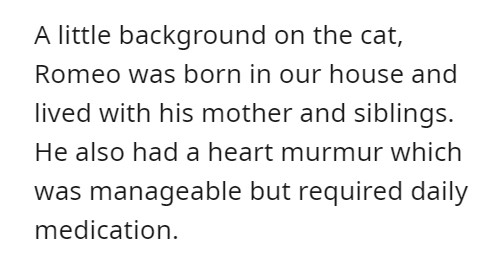 He was used to playing outdoors by the time we found out about his heart condition. We did try keeping him indoors for a while but he would get very worked up and stressed (which is bad with a heart condition) seeing the other cats outdoors. –Frogfins

Hadn’t the neighbors seen your cat before? How could they think he was a stray? 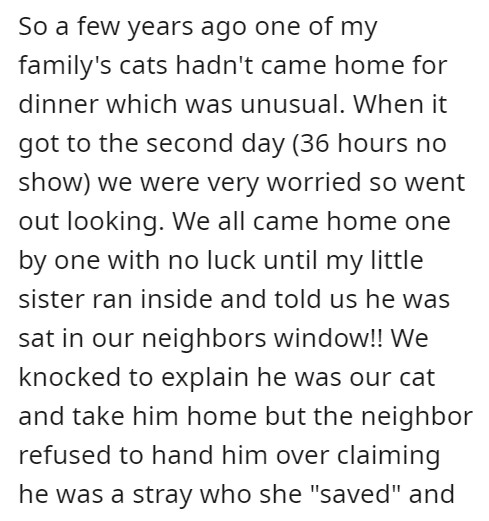 I can’t believe that this was allowed to happen and they couldn’t do anything about it. 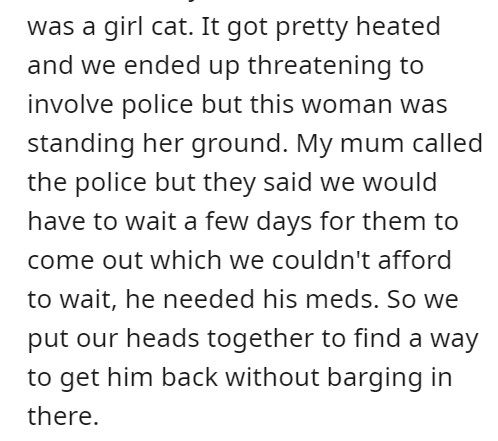 But the plan they came up with to get Romeo back is one of the weirdest I have ever read. 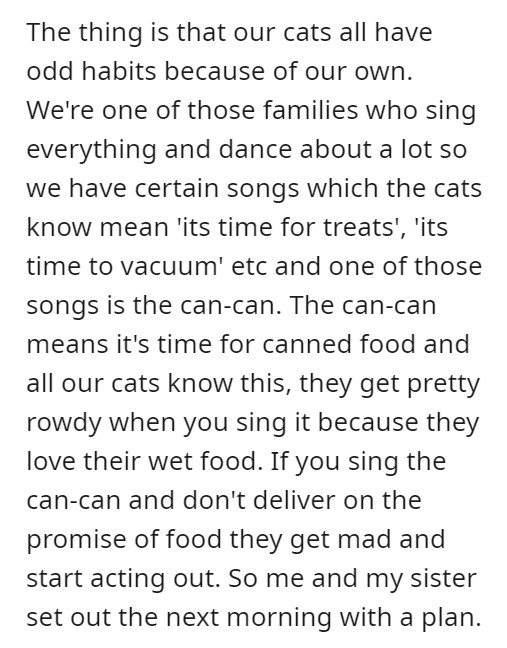 I would love to hear this song someday. Until then I can imagine it. 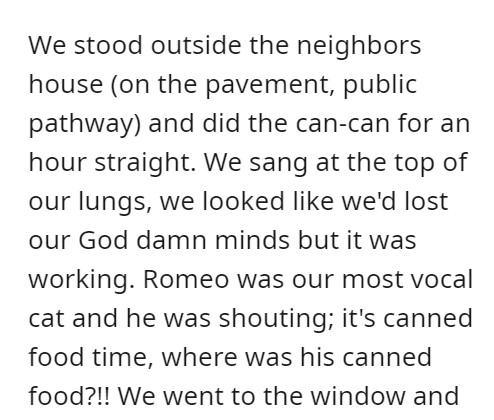 I suppose you can tell where this is going. 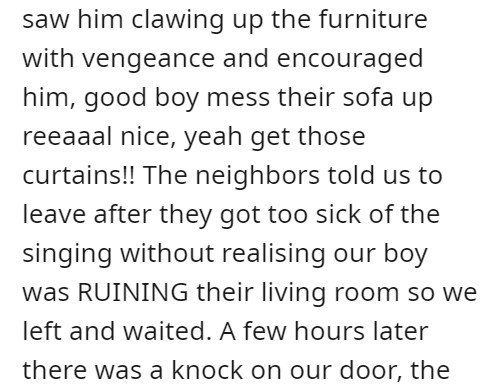 So now it was suddenly not a stray cat? 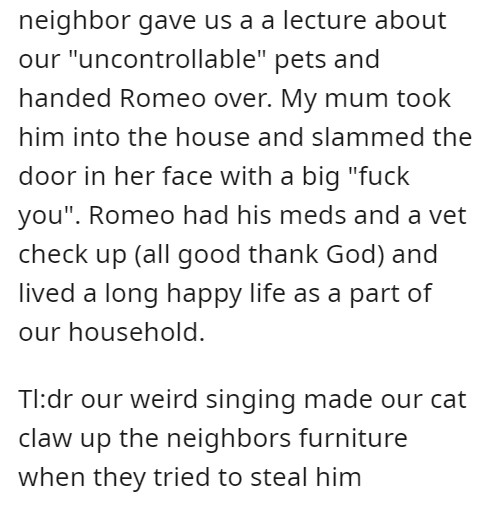 I think maybe they tried to calm him down but he was ruthless and could hold a grudge for days. Unless you knew exactly how to calm him down (wrap him in a blanket and walk around the house cuddling him like a baby) he was gonna stay mad and keep messing it up. –Frogfins

That is one image I don’t think I ever wanted but now have it ingrained in my mind. 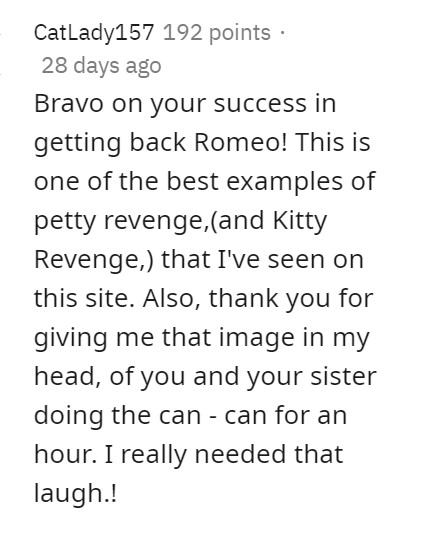 This was conditioning done right. 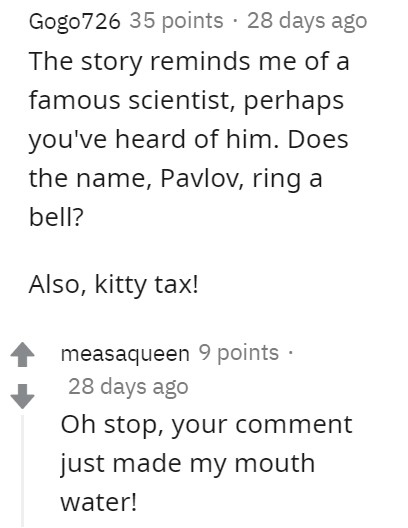 It seems many others are also smitten with the name. 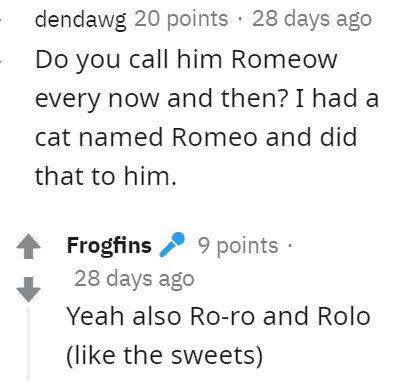 That straight-up reminds me of one thing:

How to destroy your neighbor’s house without entering it? Using their cat and a laser pointer. –Daybreakerflint

It is quite easy to see which cats are stray and which already have a home. 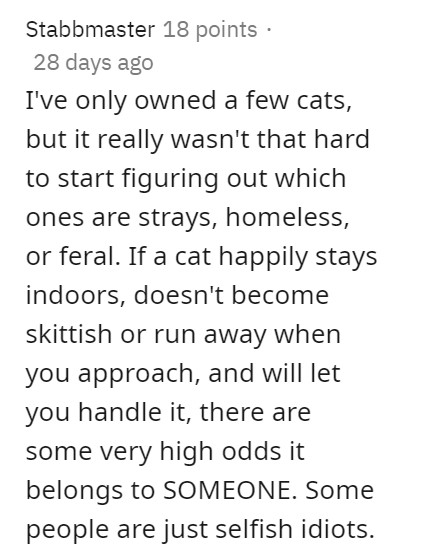 What are the weird habits that your cats do? Let us know in the comments down below.