Nobody should force you to have kids.

Not everyone likes kids and there is nothing wrong with that. While I personally don’t hate kids and love playing around with them and find them absolutely adorable, doesn’t mean I want kids for myself. Everyone should be able to live their life however they want. And people who say that ‘what is the meaning of life if you don’t have kids?’ They probably haven’t lived their lives to the fullest and think that having kids is necessary and that is how ‘it should be.’

However, we are not in the olden ages anymore and times have changed. For some, the idea of a perfect life might include a white picket fence, a loving family, and kids for others it might be a lot different. But that doesn’t make both of these dreams any less valid. And people need to understand that. Although that might take a long time since we still have families like the following one.

I know the title makes her sound very mean and rude, but continue reading and you’ll understand. 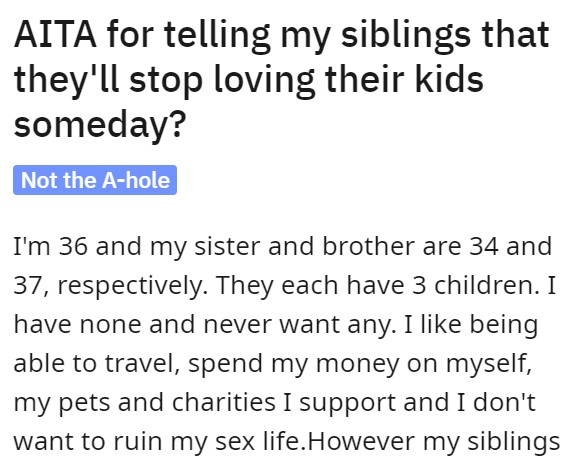 Not having kids doesn’t mean you are selfish.

It actually makes you less selfish for not thinking of kids as mere caretakers or ‘insurance for your future.’ 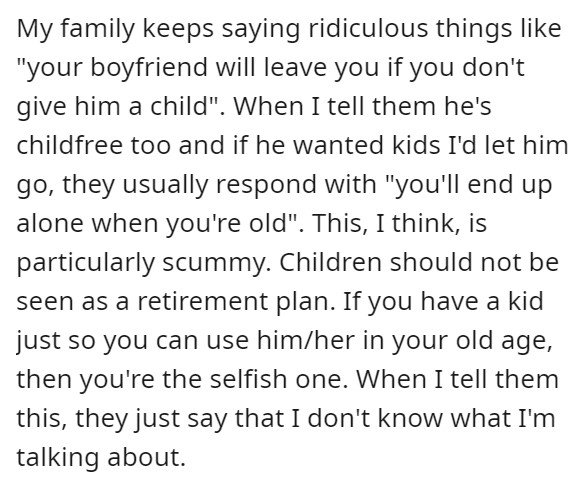 She went to the party thinking that they wouldn’t bring up her personal life. 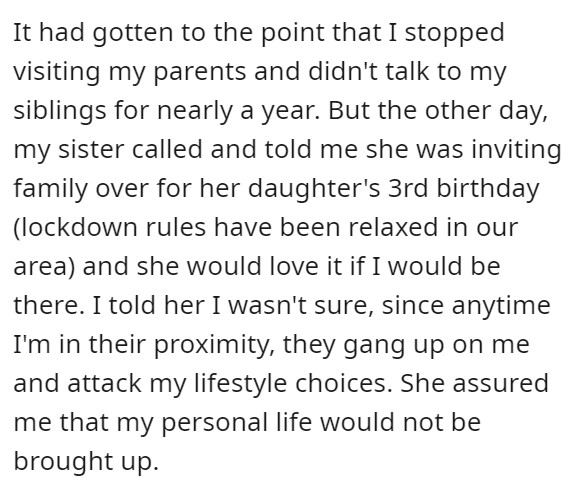 But they just couldn’t help themselves and started dragging her again. 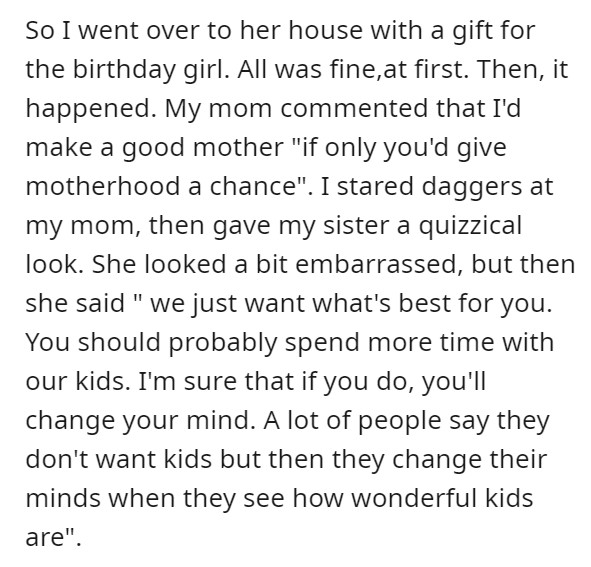 I understand that it was a very hurtful thing to say but they kind of deserved it. 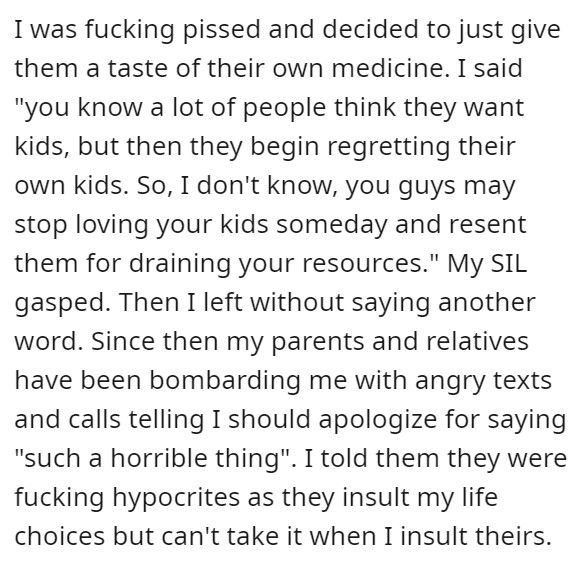 I always planned on kids, we have kids, we love them. Our choice, our time, our sleepless nights, our money.

I don’t think she was in the wrong here at all. 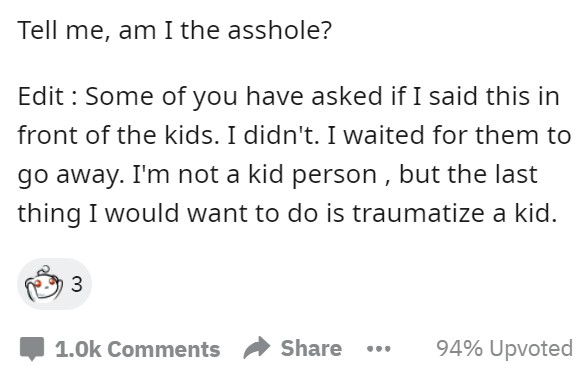 She told them, again and again, to let it go but they didn’t. 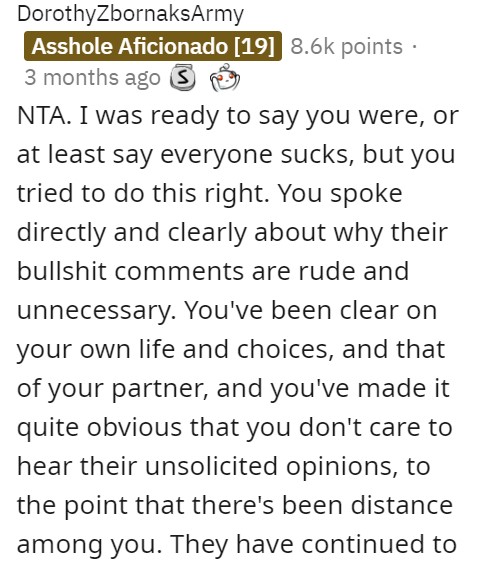 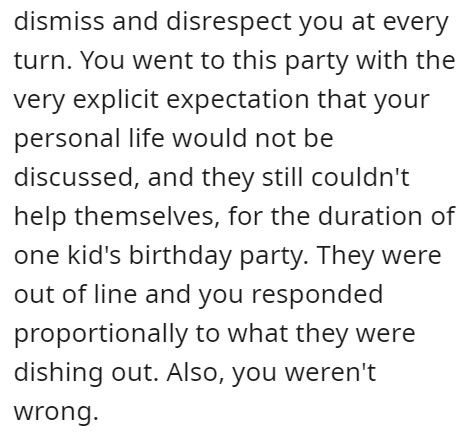 So they should have expected this. 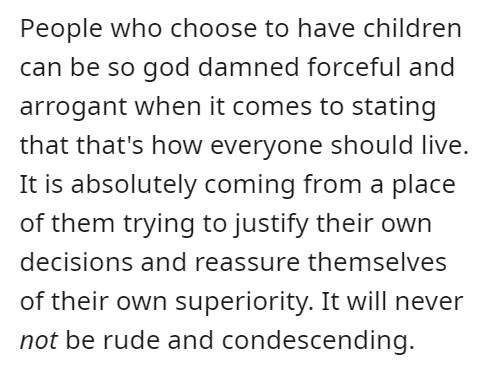 My mom started in on that so we got a stuffed duck and said here’s your grandson. I’ve also been condescendingly told by customers and coworkers I’ll change my mind. Which I might, but I also might not and both are fine.

In fact, I had a male coworker say he hope I “have an accident” with my bc and get pregnant. I said just cause you’re miserable doesn’t mean I need to be. –Girls4super

Exactly! Spending more time with kids just makes you more sure of your decision. 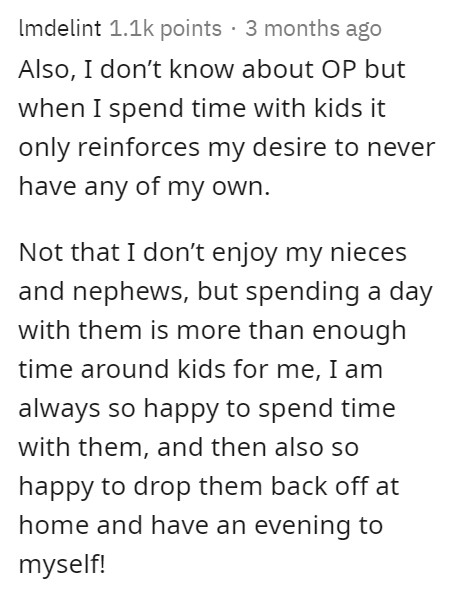 Do you think she took it too far or was she in the right? Comment down below and let us know. Don’t forget to share so others can join in with their opinions as well.