Love should never be conditional.

And many parents would say that they love their child unconditionally, but it is more often not the truth. I am not saying kids don’t make mistakes and that thus leads parents to be extra suspicious when kids come out, but it is their job to love and care for their kid not pass judgements on their adult child’s life. And if this person was doing something wrong, I’d understand being cautious, but they just want to have top surgery.

You see they came out as non-binary to their parents. And thankfully their parents did tell them that they will try to understand as good as they can and will be there for them. However, while it is true their mother is trying to understand what they are going through, she is coming up quite short. Because when they asked her to be there for their top surgery, she declined. And rather than supporting their decision started listing off other things that can help rather than a permanent surgery.

From what I can read here, they are trying, but it is not enough. 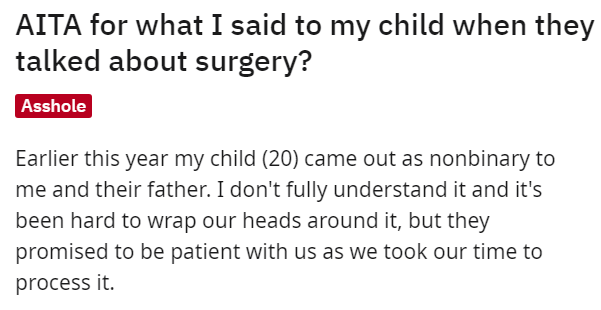 How is that a hard ask? It is just a body part at the end of the day. 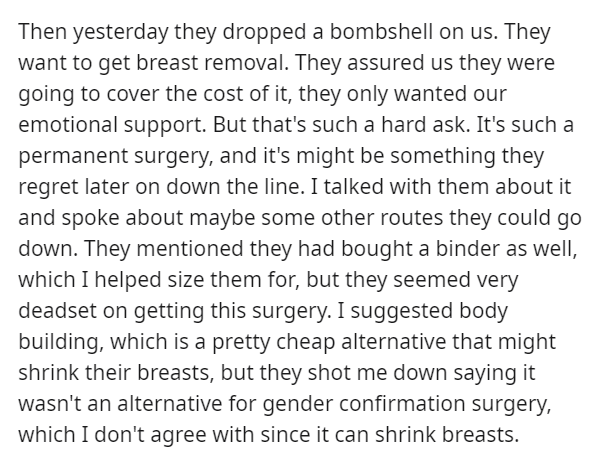 I mean you did say something wrong, They only wanted emotional support nothing else.

As you can imagine, Reddit was quick to point out the flaws in her statement. 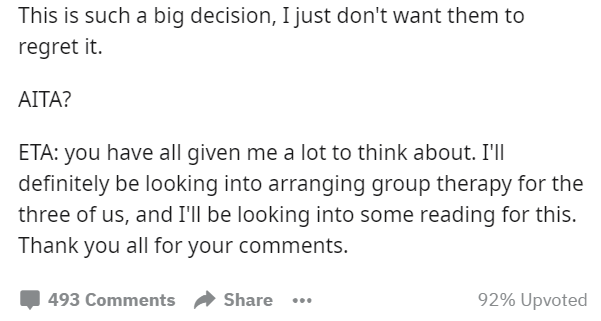 She certainly can take all the time she needs, but her child will not be waiting for her. 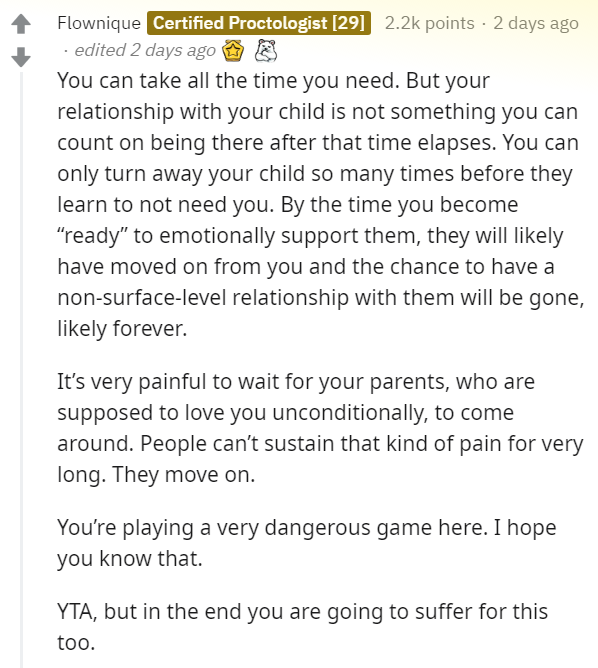 And we have another story that might put things in perspective for all of us. 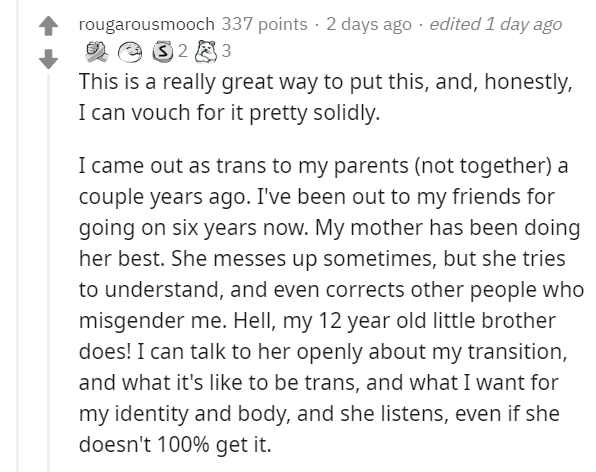 It can be hard for parents to sometimes understand this sort of thing. 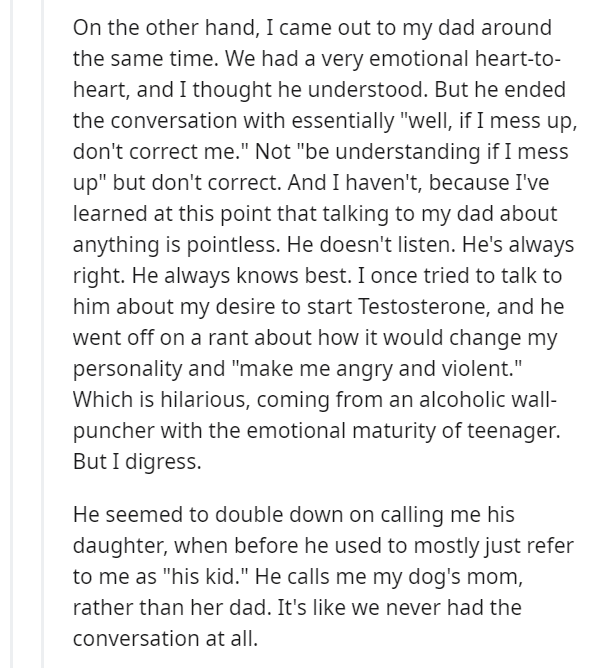 But even if they don’t understand, they can still fully support no matter what. 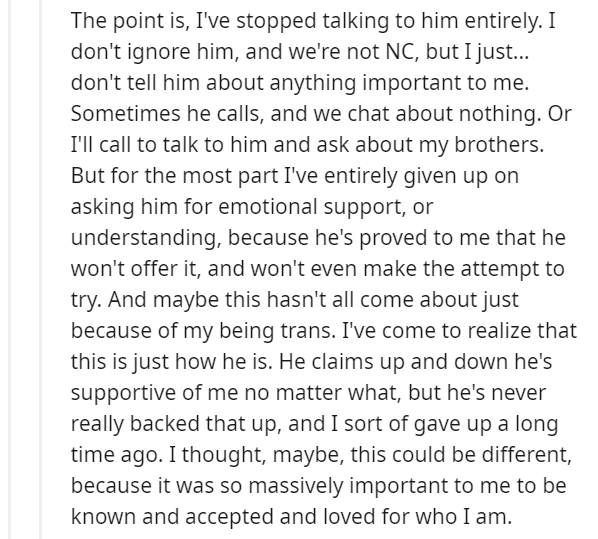 Wanting a little girl will make him lose his son and he will realize that so late. 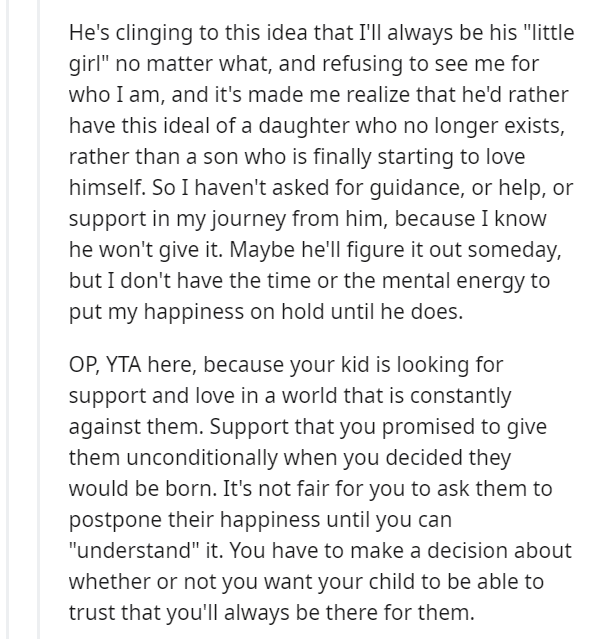 This comment cut me deep. OP, please support your child. They need it now more than ever, and it’s painful to miss out on support from a parent when it’s really needed, and coming back to that surface level relationship is really hard and also really hard to fix. This will eventually hurt everyone involved, so please try very hard to be supportive and understanding now while you still can. –writemaddness

It doesn’t unless you really build up a lot of muscle which takes years of hard work. 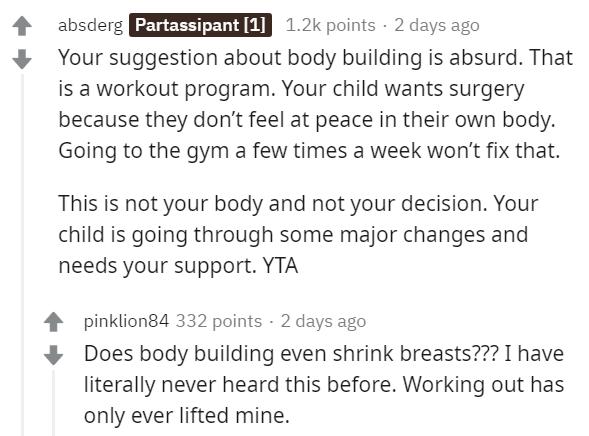 She does want to be supportive, but she just can’t wrap her head around the whole thing. 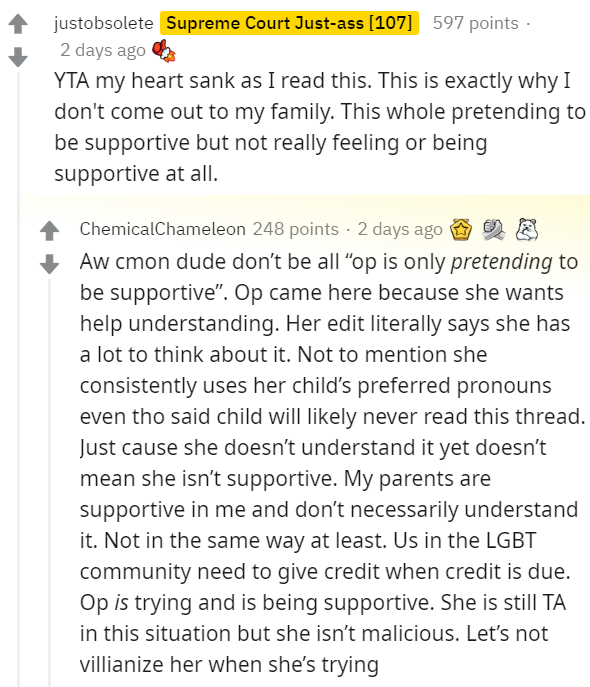 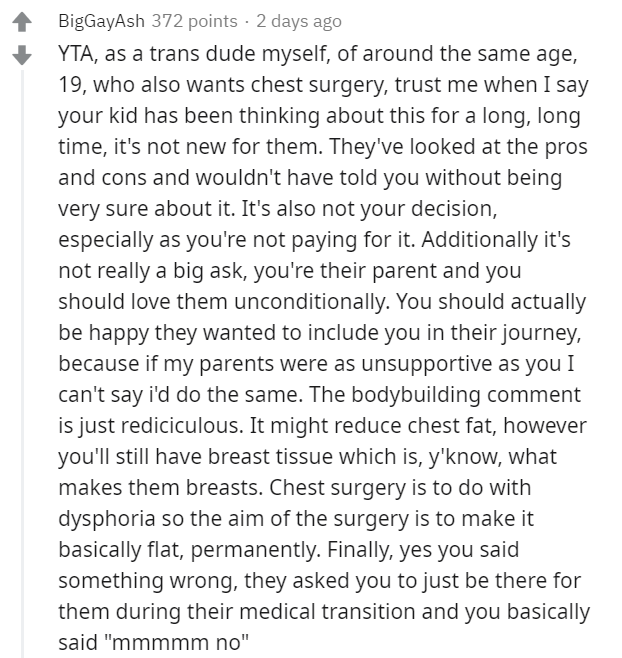 Your child is the expert here. Your child knows what treatments will and won’t work. If body-building was a viable alternative, your child would probably have gone with it. Nobody likes paying several thousand dollars to be chemically knocked out and cut open, and I guarantee you, your child did not take that decision lightly.

As for your complaint of your child being hard to support:

Suck it up! Get yourself a therapist if it’s really so impossible. Because your child needs you right now to support them, not second-guess decisions that they have likely agonized over for years. Your child didn’t get to choose to be non-binary, or to need top surgery, and you don’t get to make either of those choices for them either.

Unless, of course, you like the idea of never hearing from them ever again. –0xEmmy

How do you think the parents should deal with this situation? Comment down below and let us know.