Standing up to your parents isn’t easy.

I know that most of us have been taught to be respectful towards our parents and obey them but sometimes you have to stand your ground. Just because they are your parents does not mean they are perfect. And while it is necessary to forgive some mistakes your parents made because they are human beings as well, nothing excuses the behavior that you are about to see now. A lot of people had to deal with parents who were less than loving and this mother falls into that category.

It might sound harsh but she should be embarrassed to call herself a mother. her parenting method was simply inhumane and that is all I can say about that. But even after all that, she didn’t think it was weird to ask her daughter for housing when she was broke. The mother felt like she was owed help even after how she treated her own blood. Well, the daughter had a plan in mind and it is certainly glorious.

It all started when the mother lost her house and needed help. 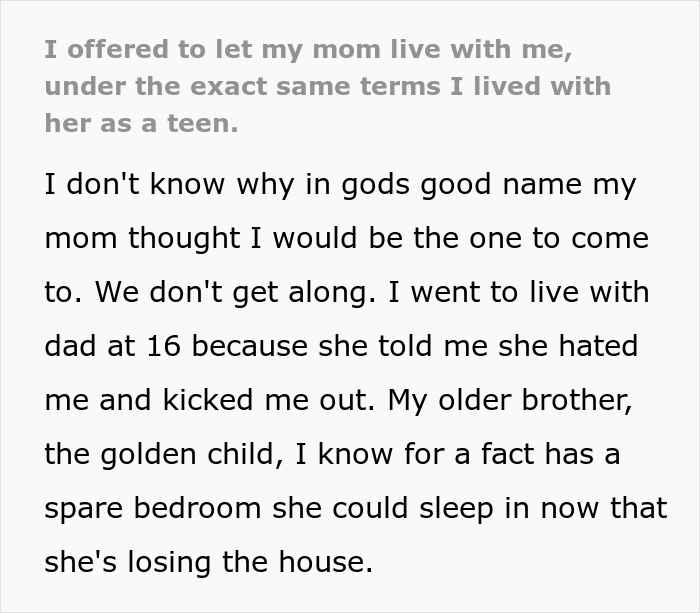 She could have gone to her son but instead went to her daughter. 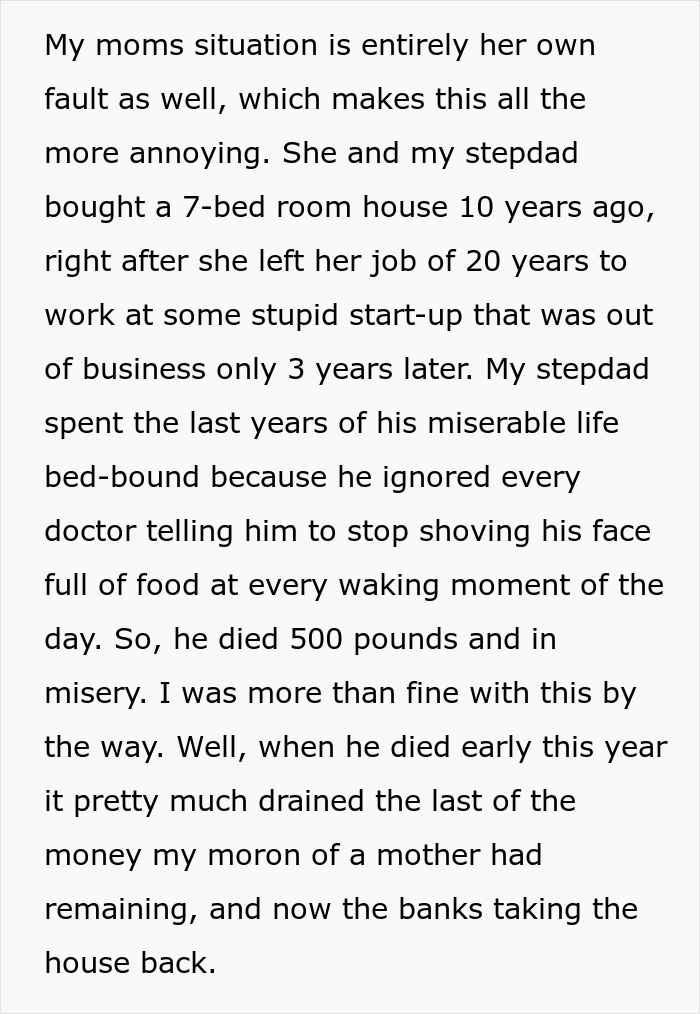 The daughter who she raised horribly. 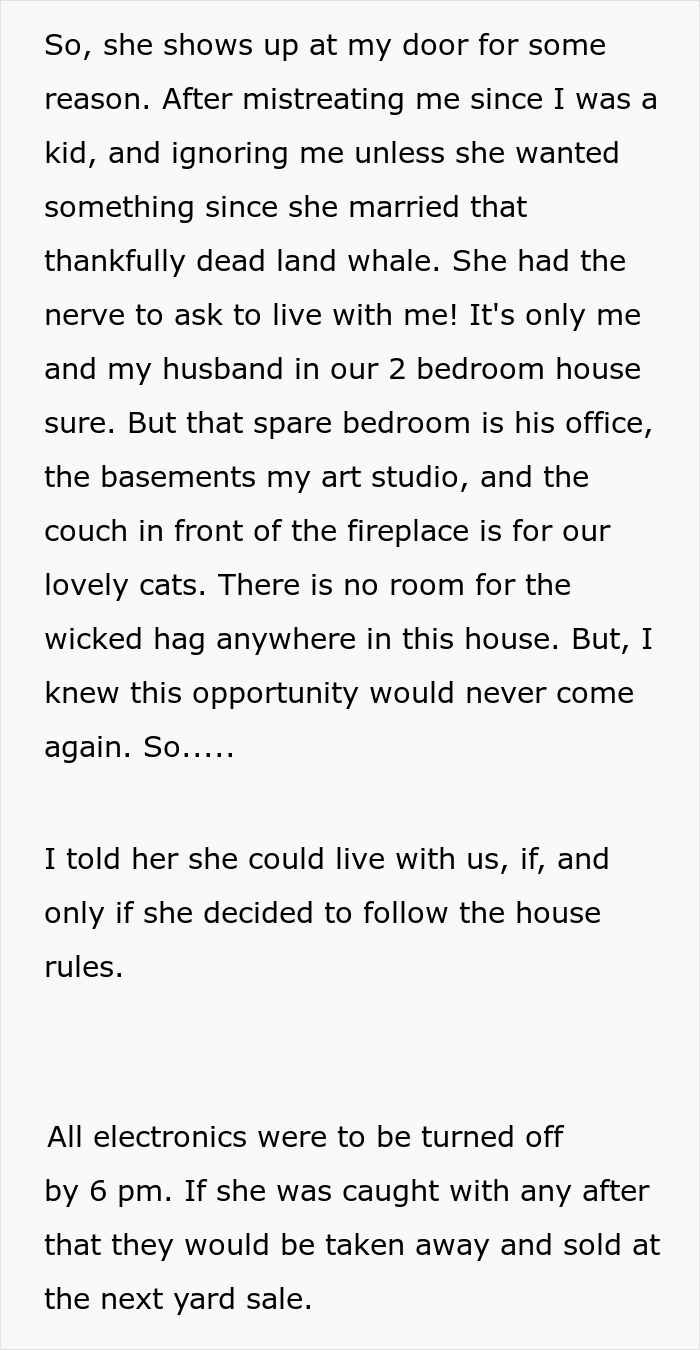 Not only was she a horrible mother but the fact that she lost her house was also her fault. 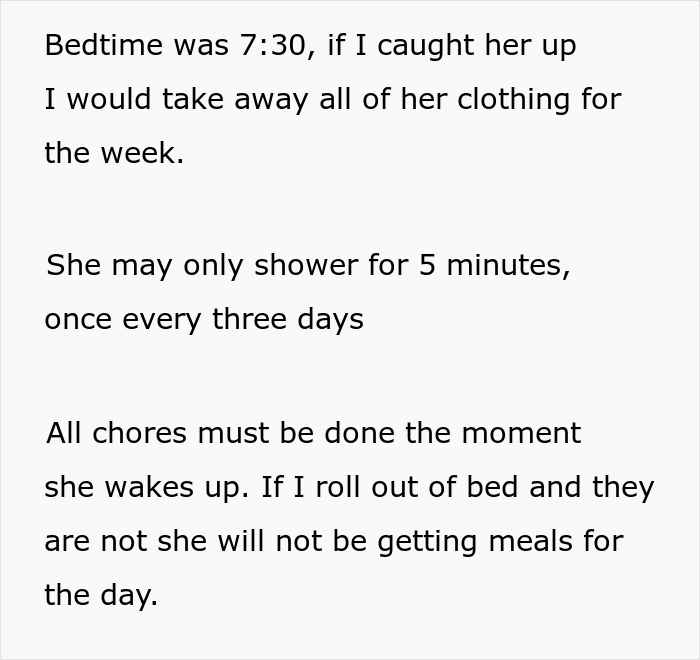 So the daughter decided to have some fun with this.

She would let her mother live with her under one condition. 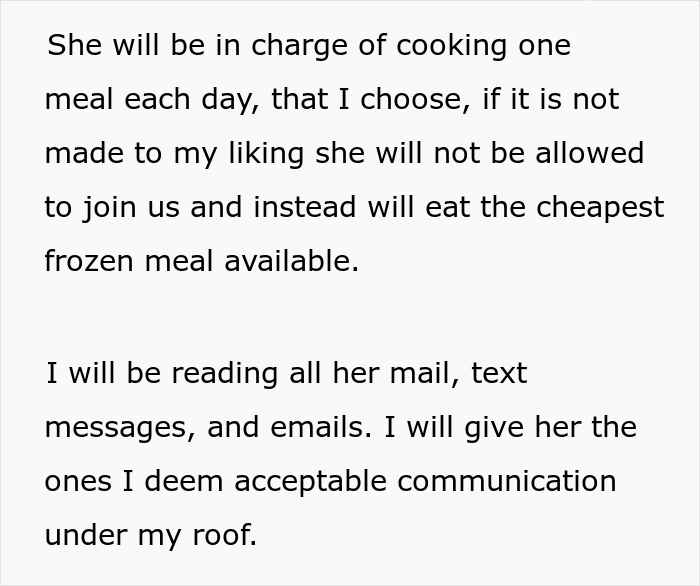 And the condition is that her mother has to follow all her rules. 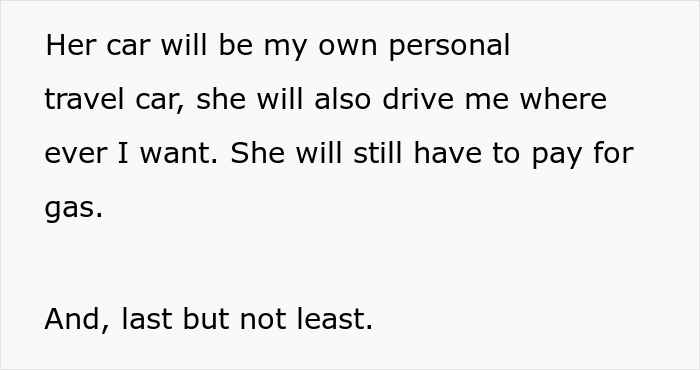 The icing on the cake was that the rules were the same the daughter had dealt with when she was a teen. 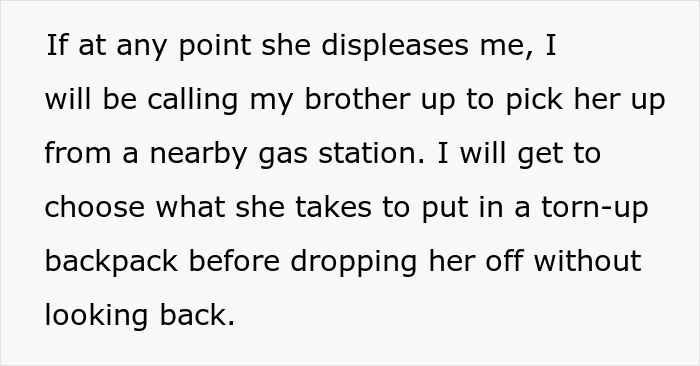 But the mother clearly did not like the taste of her own medicine. 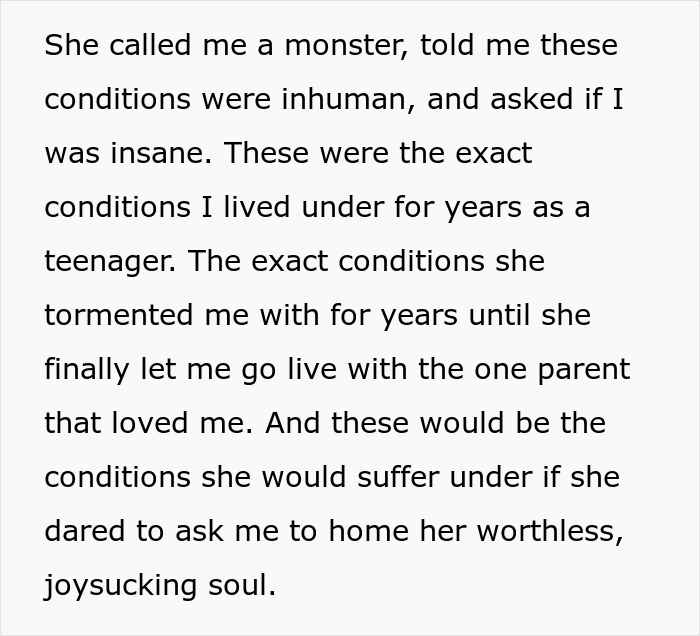 So she left in a huff after calling her inhuman. 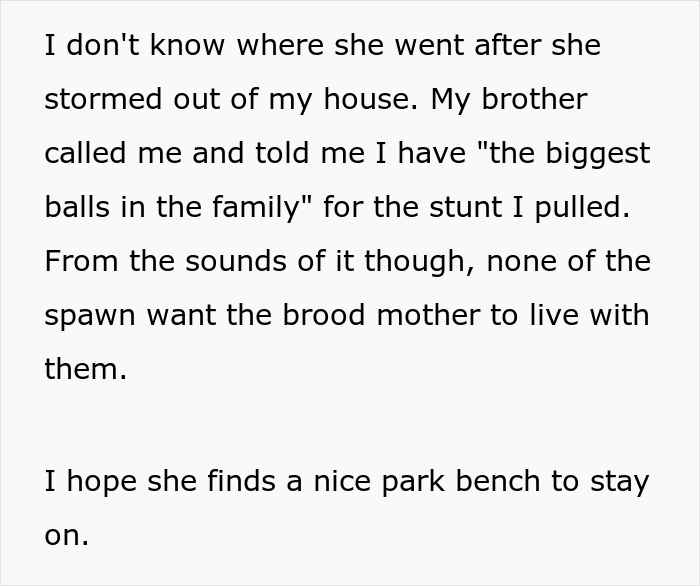 Now the cats can live comfortably on the couch.

I’ve read a fair share of stories where the parents are awful but it never gets easy. I can never understand why people choose to have kids if they can’t raise them properly and with fairness. I am not saying that they shouldn’t set any rules but her conditions were straight-up ab*sive and there is no easy way of putting that. I am just glad that she got to live with her Father who loved her and also go to shove this in the face of her horrible mother.

People in the comments were gobsmacked by the mother’s behavior. 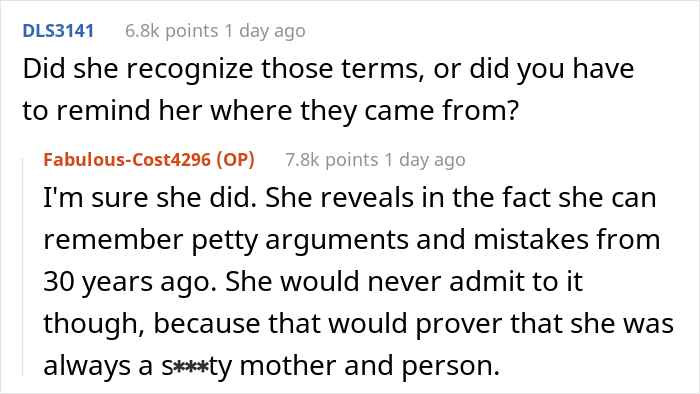 Even mothers were rallying in talking about the conditions. 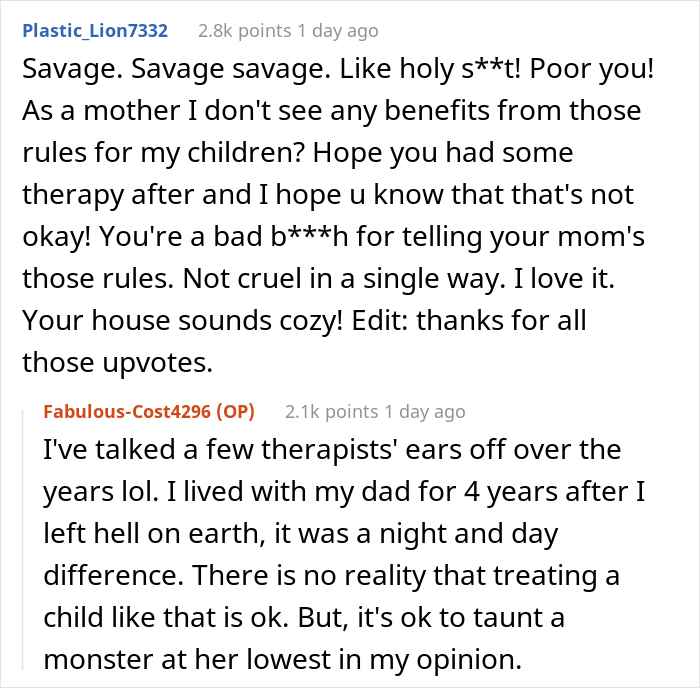 People who had to deal with similar instances were quite happy. 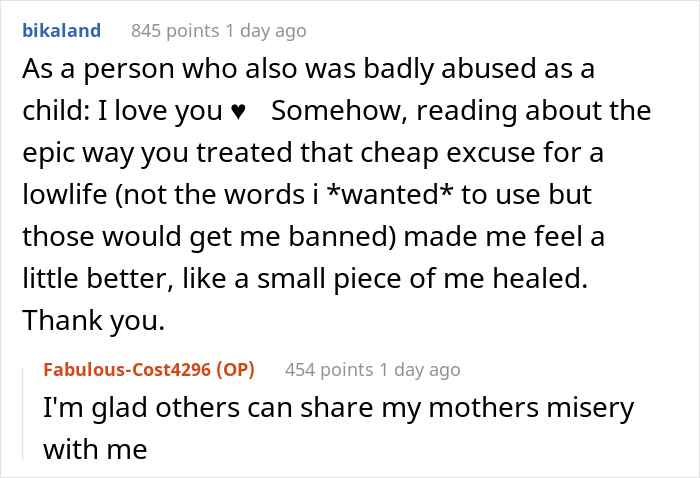 After all, it felt like revenge for all of them. 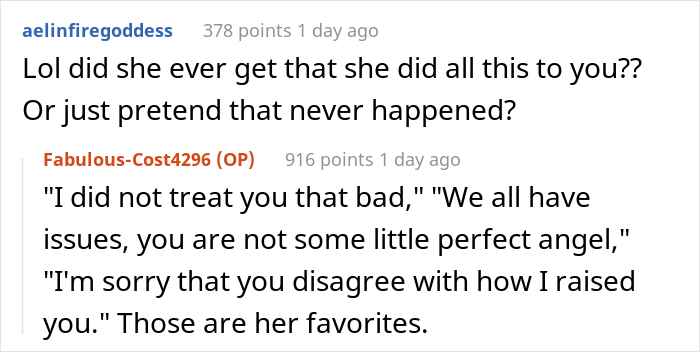 Karma gets you when you least expect it.

Some even shared their stories and it was a delight to read through them. 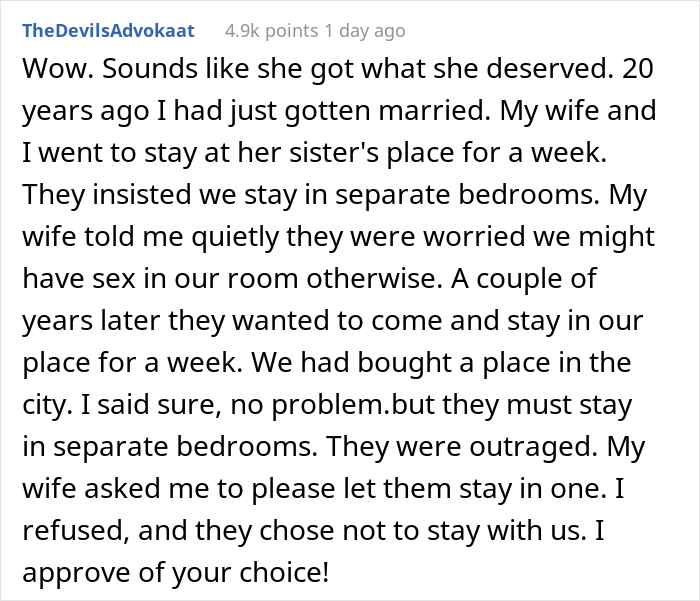 The cats will be much happy without that woman stinking up the place.

I am just glad these people are doing much better after coming from such broken homes. 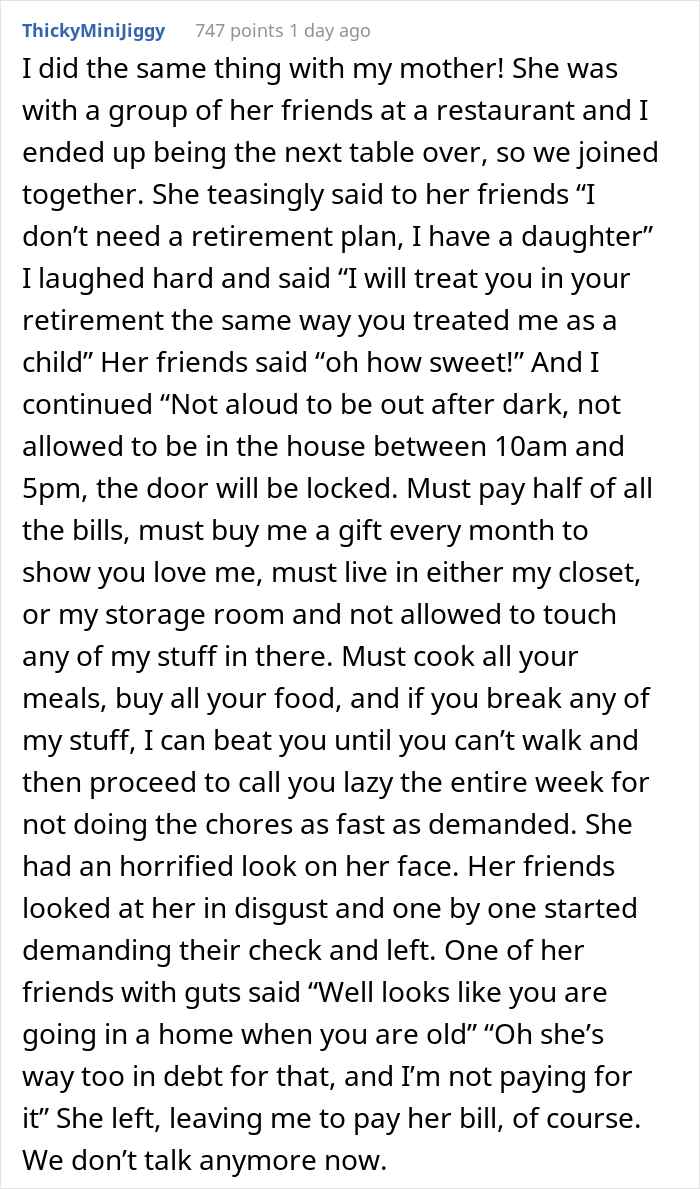 It must have felt great to give her a taste of her own medicine. 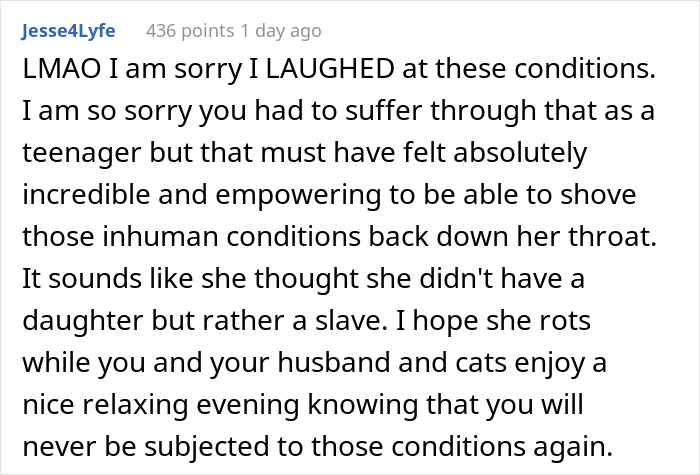 I would have paid to see the look on her face.

Not everyone is able to do this after all.

Who knew parents could do such abhorrent things? 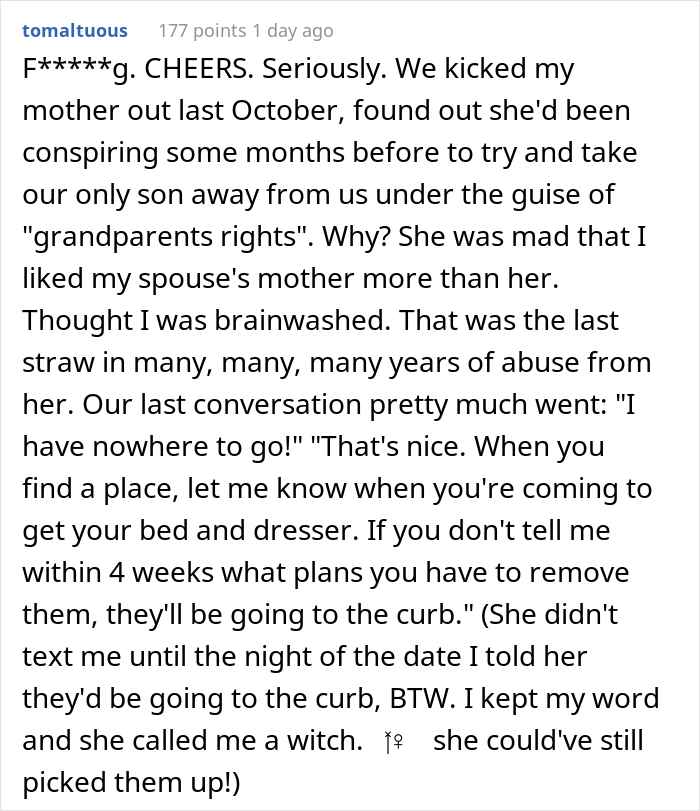 Have you ever had to deal with a horrible parent? If so, did you get your revenge? Let us know in the comments below as to how that felt. Don’t forget to share this story with your friends so they can join in the discussion as well.