You will learn a lot of things when you start living with someone.

Moving in with someone is a really big decision. You come to a new standard of commitment and take the relationship to a new level. When you start living with someone, you will find out a lot of new things about your partner that you never knew before. Some of their awkward or weird habits will start surfacing and you probably would never have expected them. The reason is that you see that person in their comfort zone for the first time, so they reveal sides that you probably hadn’t seen before. This is their home now and they can not pretend to be formal anymore. They need to relax and be themselves in their house. It is up to the partners to understand each other and accept each other’s flaws. Nobody is perfect and you will learn that pretty well when you live with someone. However, if you really love them, you won’t mind them having disgusting or odd habits. You will love them as they are.

There will be a lot of struggles when you live together. One of them would be financial issues. You will have to come to a mutual agreement in which you will decide how you would manage your finances. It would depend on how much income each partner earns and how much they are willing to contribute to the bills. Some couples decide they want to pay half and half, some have another ratio. It all depends on what suits the couple but there is one rule when it comes to finances. You never show off about being the breadwinner. Showing off wealth is not a flex. People need to grow up.

This Redditor shared their story about their fiancée constantly bragging about being the breadwinner when they clearly were not. The man called them out for this and their fiancée got upset over it. Scroll down below to read the whole story.

The couple wanted to split their bills and moved into an apartment owned by the woman’s parents. 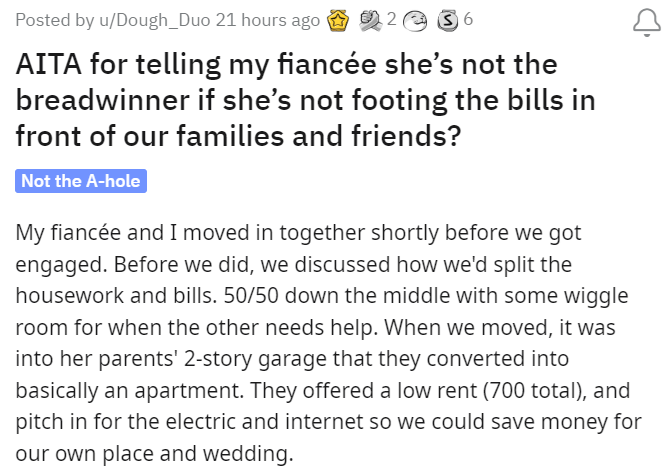 Even though the woman earned more, she would always be late for her monthly bills and rent. The man pulled his own weight and always paid his half of the bills on time. 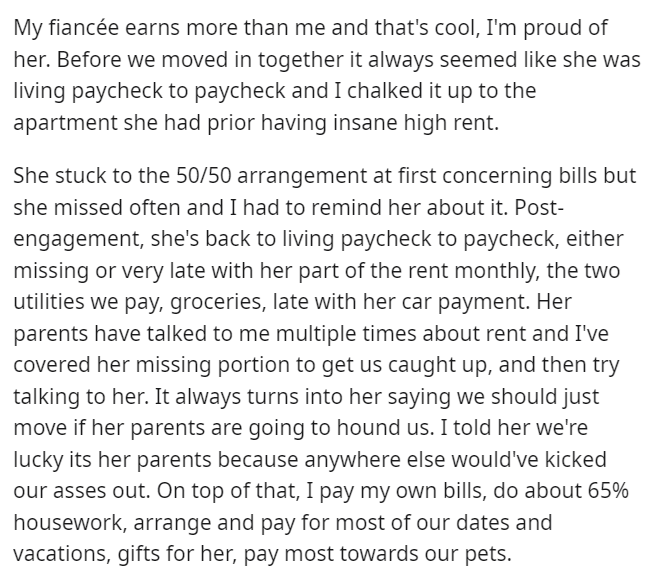 The woman one day bragged in front of her friends and family about being the breadwinner of the house and the man said she was not. She got upset about it. 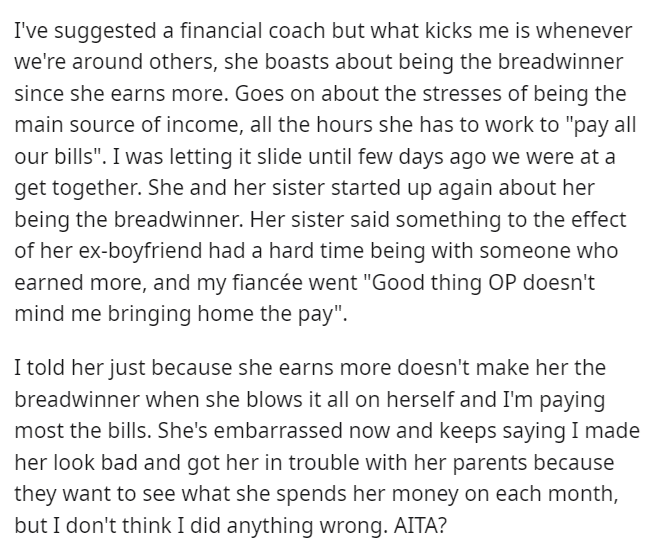 The man asked if he was wrong for calling her out in front of her friends and family. She was obviously showing off about something she was not. The man could only tolerate it for so long. He also gave an update later, keep scrolling to read what happened. 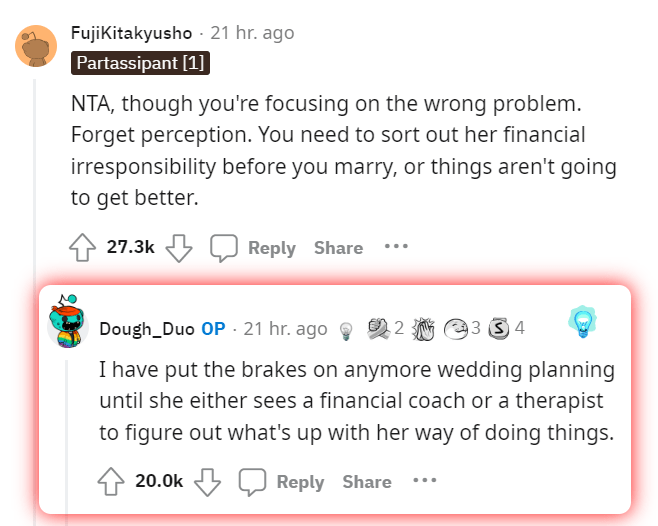 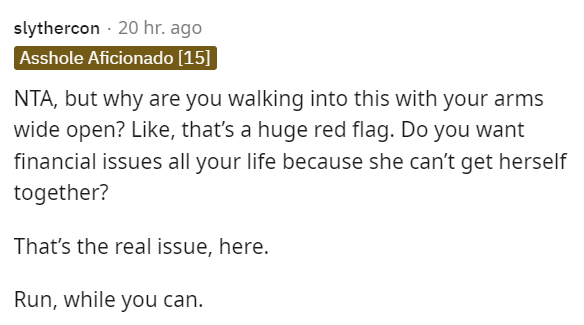 Nobody blamed the guy. 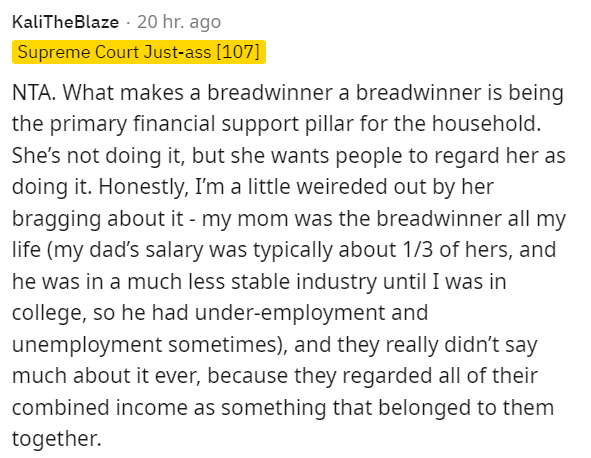 People also asked why he even wanted to marry her. 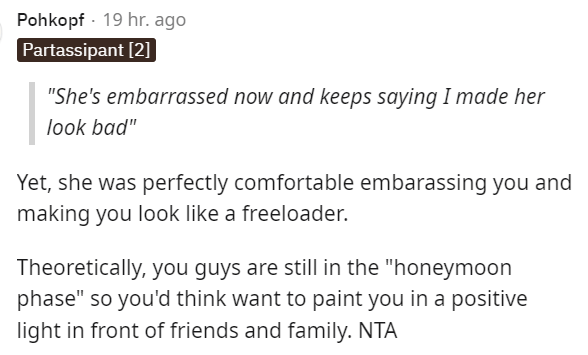 Such irresponsibility can really get you in trouble. 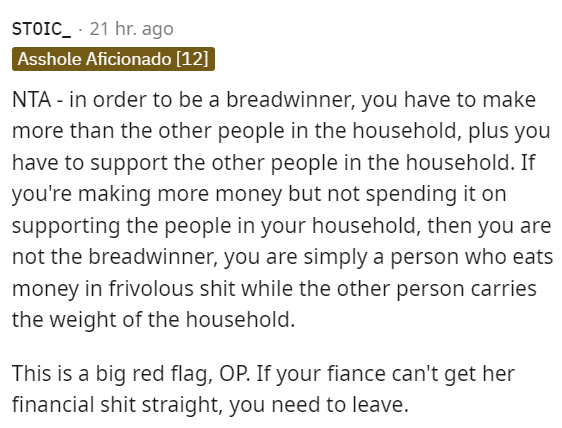 The man updated the story and informed everyone that they were not together anymore. 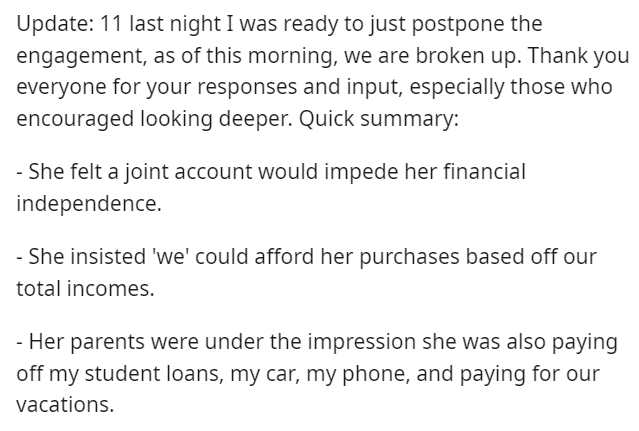 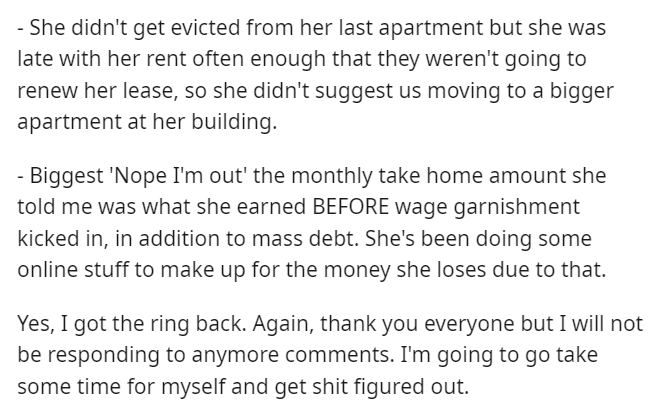 Do you think the guy did the right thing? Share your opinions with us in the comments below.