Sometimes you just have to listen to what your boss says.

There are so many times when you might know more than your manager, but you have to listen to them and agree to do what they want because apparently they know better. And that is only because they sit higher in the chain of command. I have seen time and time again in these Reddit stories where upper management hates making things easier for their employees. It is like they are hell-bent on making life miserable for the people that work for them and also making everything just take significantly longer for no reason.

I suppose some people just don’t want to feel like an ’employee’ of theirs might know better than them. After that would be catastrophic right? Well, that is when some people decide to take some sweet revenge by the way of complying to their absurd requests and demands. That is what we have in this following story. So scroll on below and read for yourself. A little warning beforehand, this can get a bit confusing at times, but everything will come together at the end.

I mean that about sums it up but what is the fun in reading the summarized version? 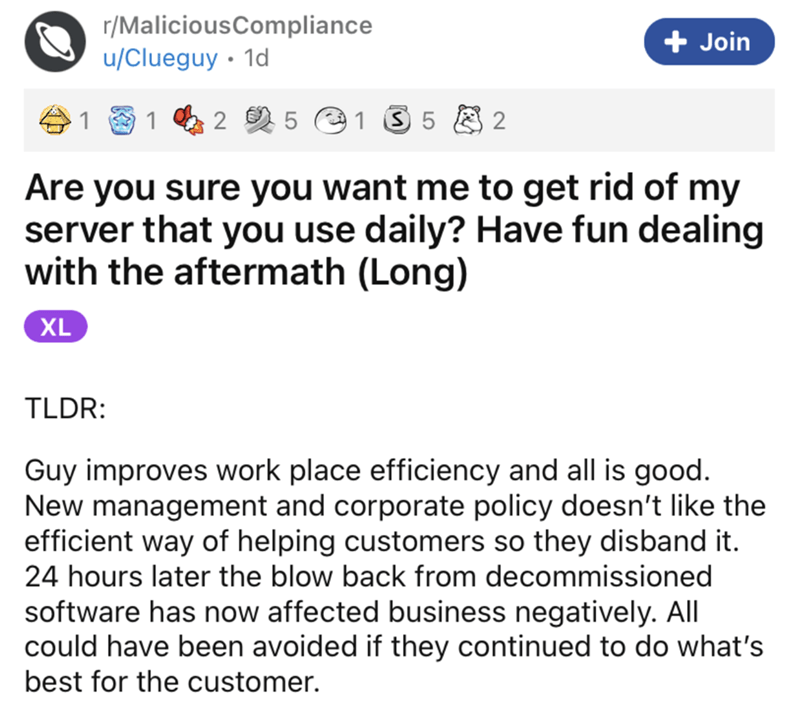 So we start off with the background on where he worked. 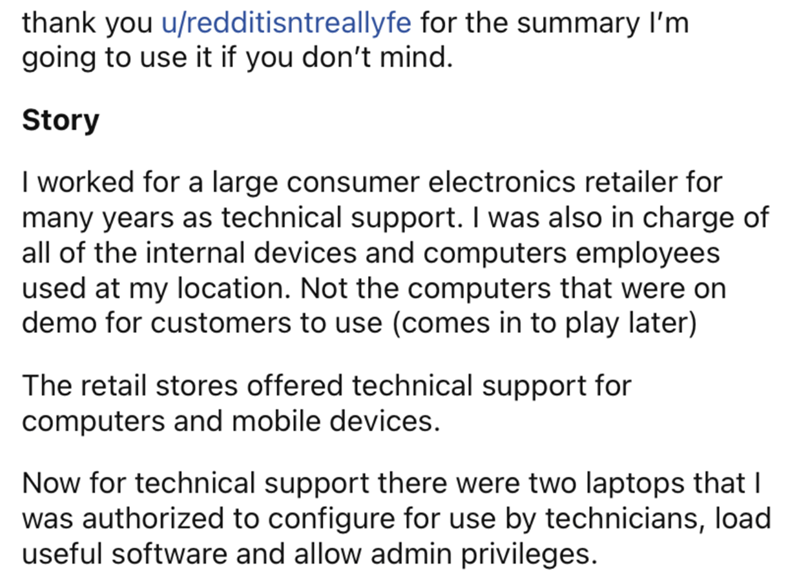 They had a useful application that helped restore phones to their prior state. 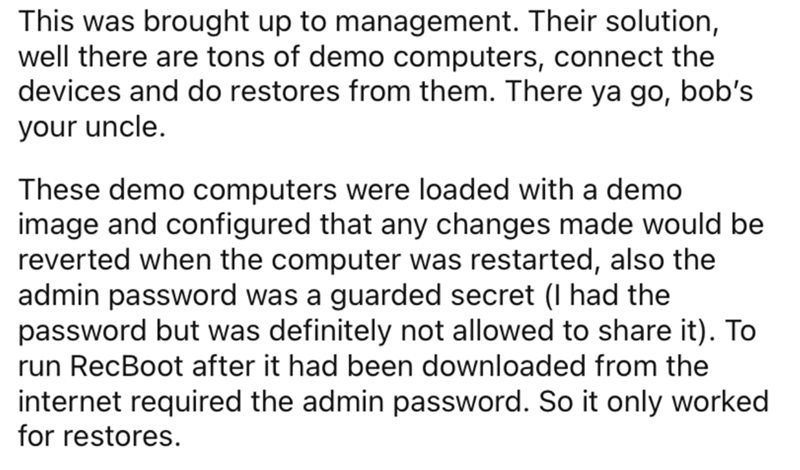 I saw that and immediately started laughing because it reminded me in my retail days of the MULTIPLE NON-CONSECUTIVE TIMES customers would log into the display of iPads and MacBooks. As in, their personal accounts. They’d call in a few hours later asking for us to remove it from the devices because they were getting messages and notifications left and right when every single person walking past it would start messing around with the devices.

Not sure what kind of software they had to lock down those devices, but suffice to say people were not happy when we told them we can’t remove anything, including logging an account out. Only the apple rep had whatever was needed to do that, and he only showed up once a week. Maybe learn to NOT put your private accounts and information on a public device? –Stabbmaster

So this guy decided to take matters into his own hands. 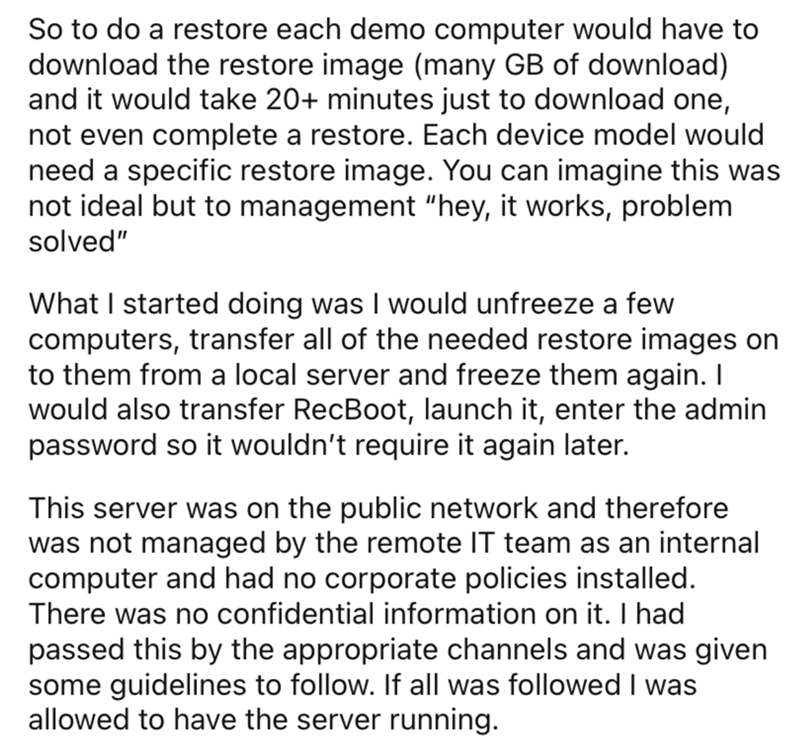 And he did his job by asking everyone whether this was okay. 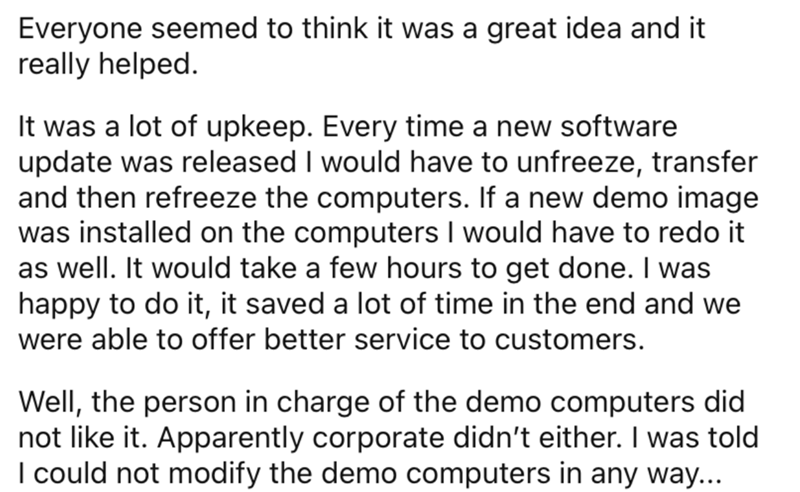 Now things were going pretty well for a while. 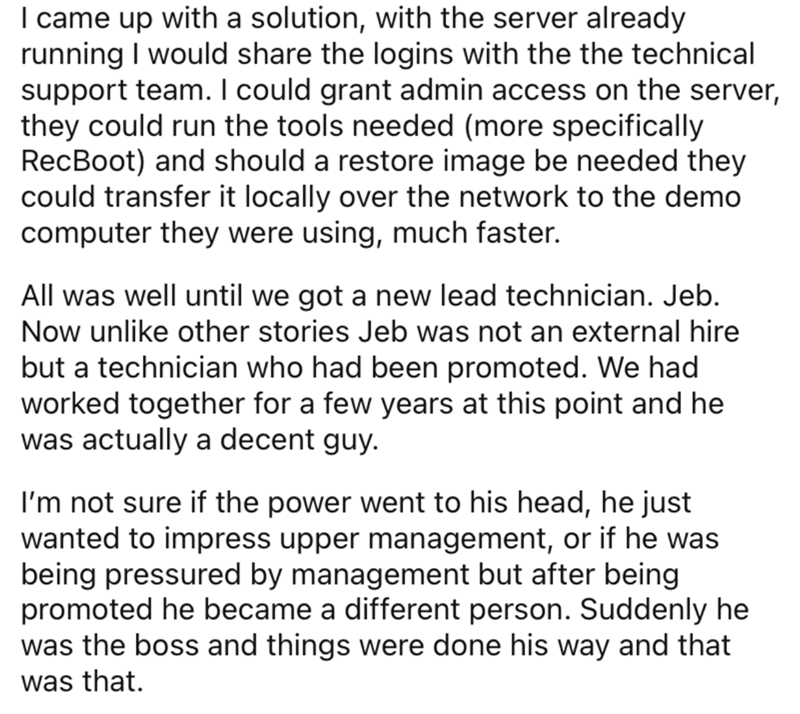 However, they never stay that way for long in these sorts of stories, do they? 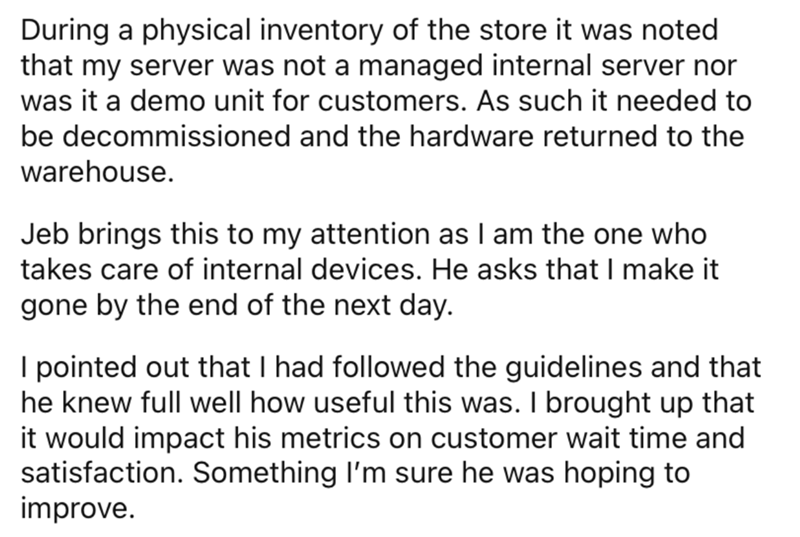 This guy tried to argue his point, but Jeb wasn’t listening. 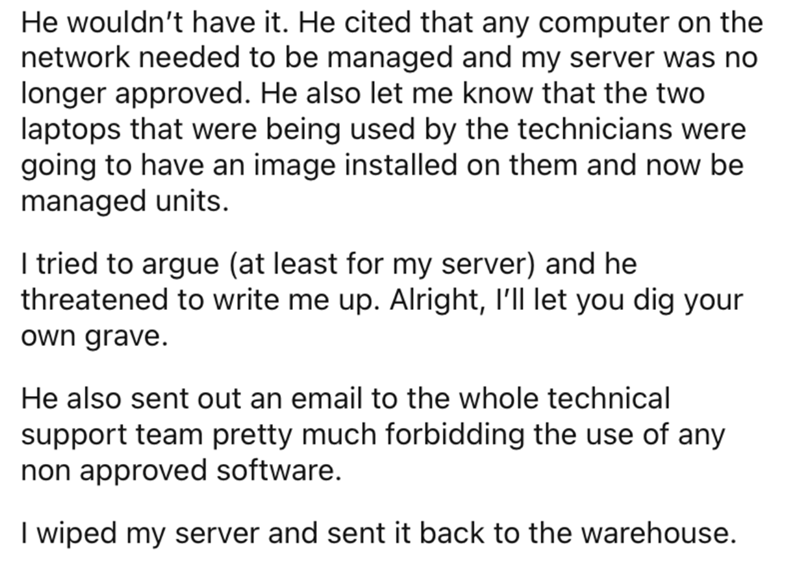 And this came to bite Jeb in the a** sooner than anyone could have expected. 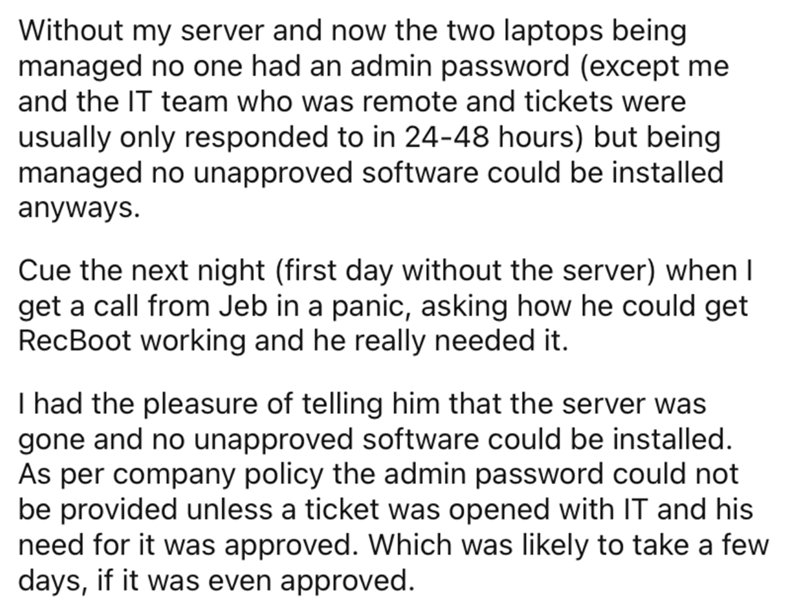 But Jeb just wanted to show everyone who was boss.

While still in the Lead role he continued to enforce policies stricter than before, I guess trying to “tighten up the ship”, once he was demoted he returned to being “one of the guys” I would like to think he learnt his lesson, but it has been many years since last we spoke.

I bet he regretted ever forcing him to do that. 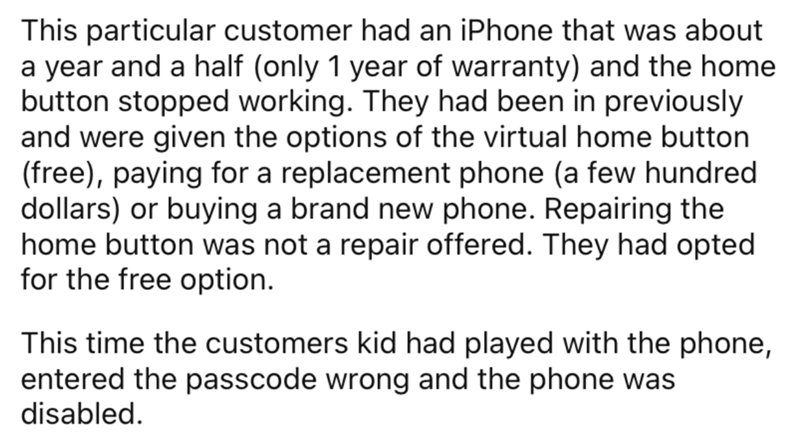 So Jeb was demoted soon after which is understandable. 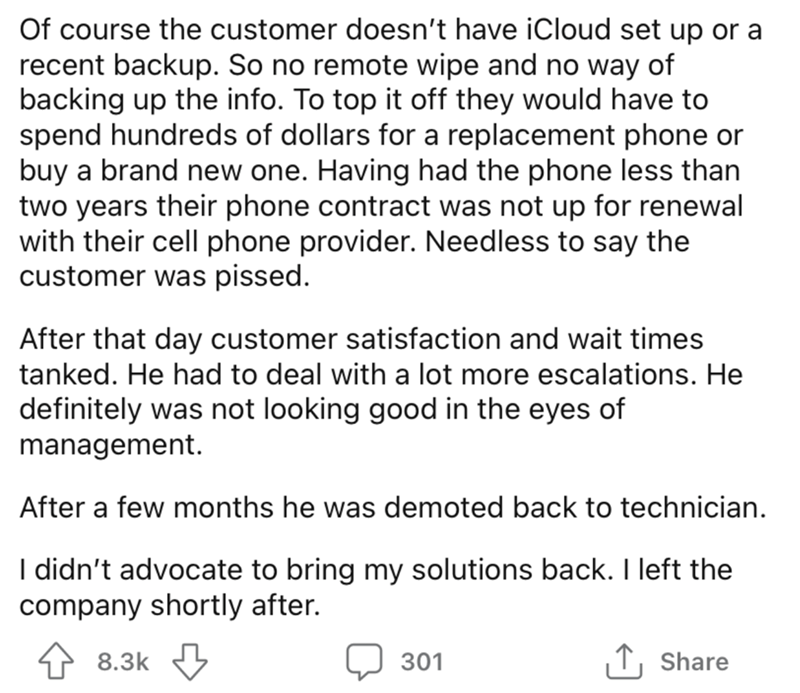 Why not share your own stories of malicious compliance with us in the comment below? We always love to hear from you!