What if you think your partner is cheating on you?

Many people in relationships have had this sort of questioning when they see their significant other messaging someone in the middle of the night or them changing their password. While it is not healthy to be paranoid about these things. many times our paranoia turns out to be real. And then we are left to deal with the fallout.

So you can probably see where this is going. Actually, you can’t because this story has more twists and turns than an M. Night Shyamalan movie.

I can already tell this is going to be a wild ride. 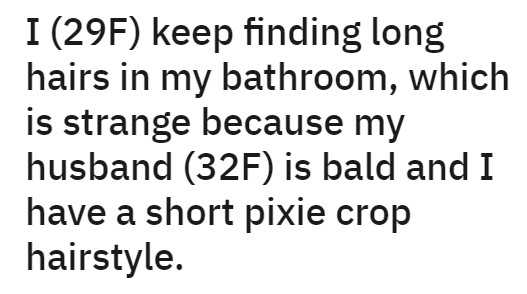 The sleuthing from her side started when she found long hairs in the bathroom. 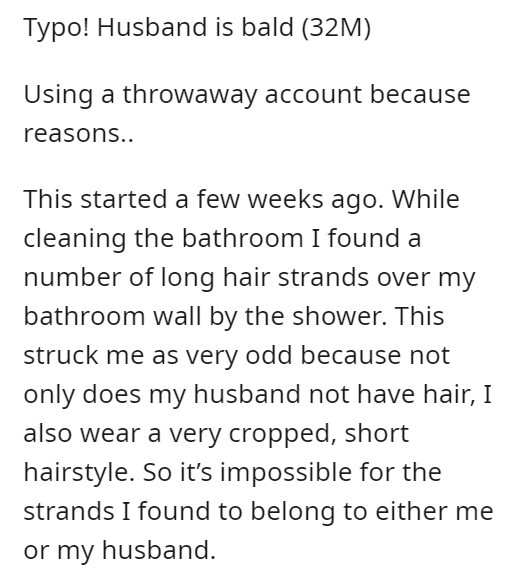 And not only that but they only appeared when she was not around for a while. 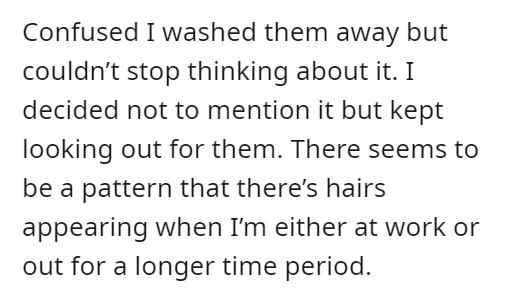 When she asked her husband, he had nothing to say about it. 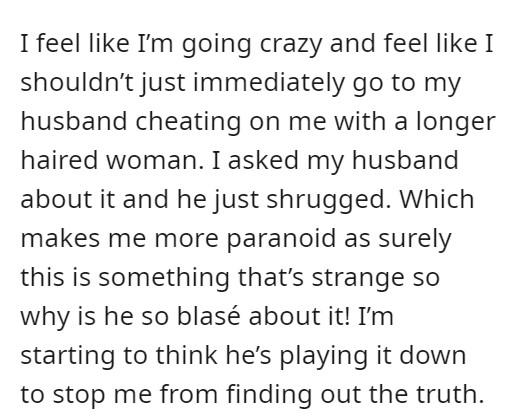 But she couldn’t let it go which I understand. I mean who wouldn’t be curious? 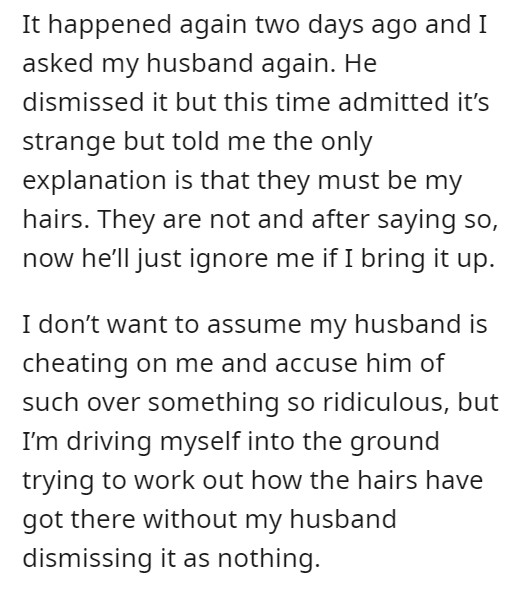 This is one mystery that is no easy to solve. 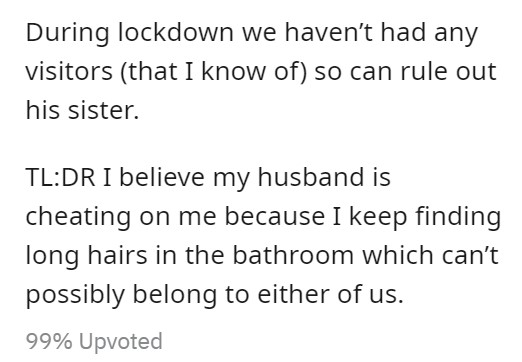 And people tried to list out the things it can be but nothing clicked. 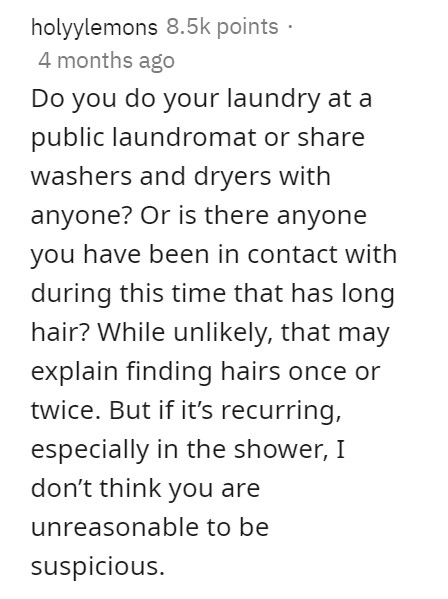 Until she finally decided to do something about it and catch him in the act. 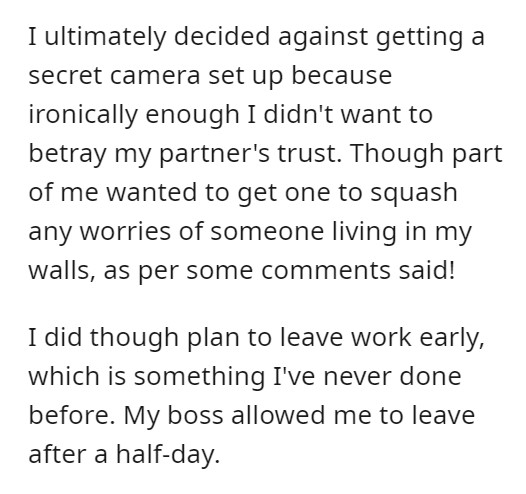 This is when things started to take a turn for the worst. 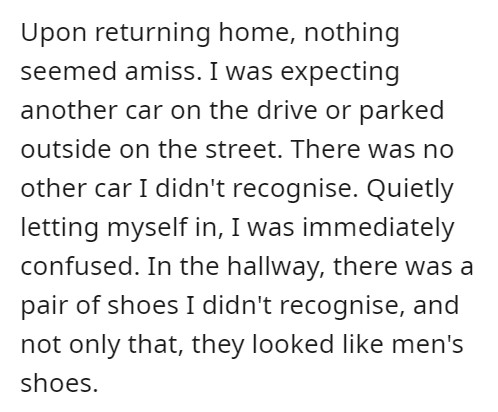 Except the truth turned out to be nothing like what she had imagined. 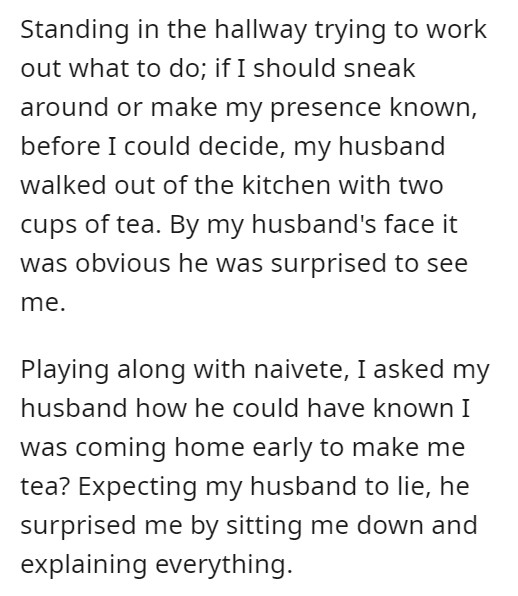 Rather than her husband cheating on her, he was just trying to help a friend. 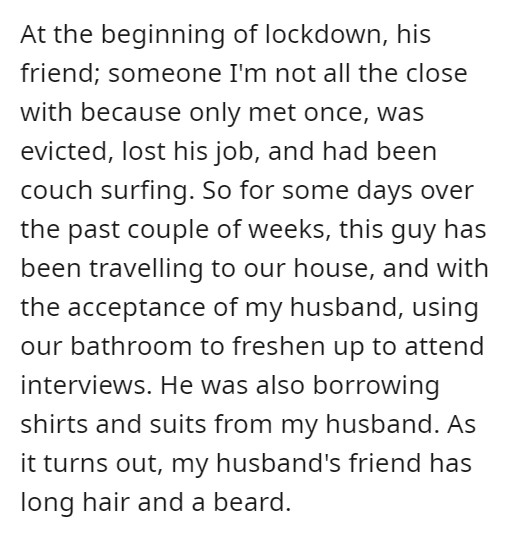 And Dave was apparently embarrassed to let many people know about his situation. 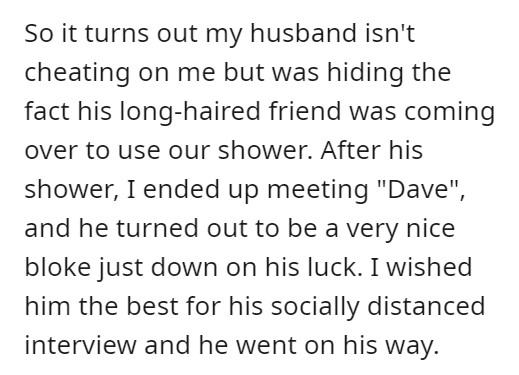 As the person who has been down like that before. It is kind of embarrassing if you’ve lost everything and just want to get back on his feet as discreetly as possible.

Dave might have been “couch surfing” but if he needed to use their shower and bathroom he was probably in actuality homeless and just wasn’t telling OP’s husband. It’s respectable to try and get back up on your feet and not feel like you’re bothering everyone.

There’s probably more to Dave’s story than OP is stating or even knows about. –AcceptableFisherman

So at the end of the day, things ended pretty well for the three of them. 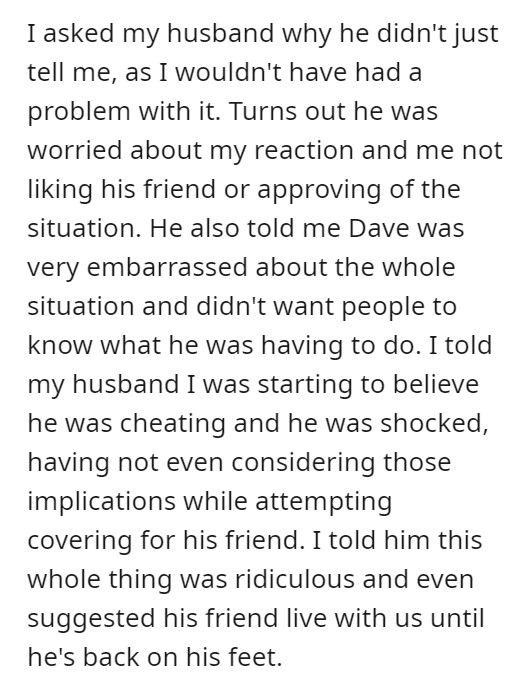 This just goes to show that you shouldn’t indulge your paranoia too much. 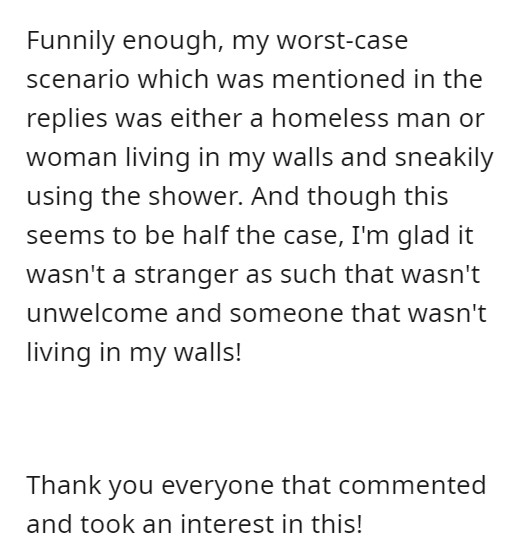 I dunno if you’re joking or not but I definitely would be wary. Your husband has a friend he’s close enough with to let come shower and lend him clothes and such, but you know nothing about him and have never met him?

What were your first impressions on whether her husband was cheating or not? Comment down below and let us know.