Little lies can turn into huge ones.

Everyone lies. I have never known a person who hasn’t lied. It isn’t because we are bad people inherently. It is just in human nature to make up little lies and most of the time they don’t cause a problem. However, if a lie is hurting someone, then you definitely shouldn’t have done it in the first place.

And it can also be representative of deep-rooted behavior. We always talk about red flags in relationships but if your partner is great at lying and does not hesitate when stealing from someone, they will likely o it to you without a second thought as well. That is the kind of guy we have in the following story.

So scroll on below and take a look for yourself.

They are very easy to lose after all. You never remember where you put them. 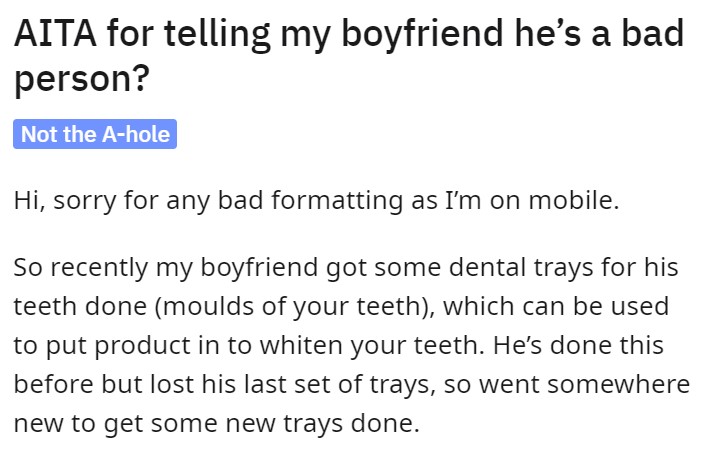 Whenever something like that happens to me, I remind them about the payment right there. 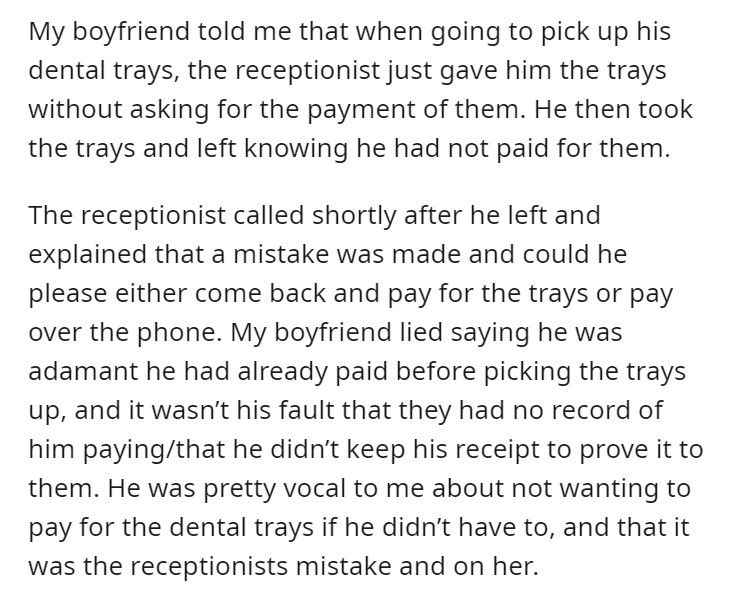 Most people wouldn’t run from payment when they would have paid anyway.

I mean that does make him a bad person. He essentially stole from the dentist. 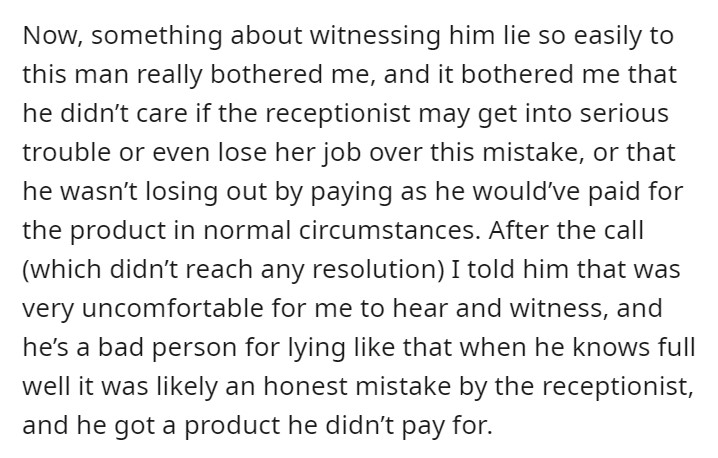 And he is clearly trying to make you feel guilty for speaking the truth.

Unsurprisingly many people came to her defense. 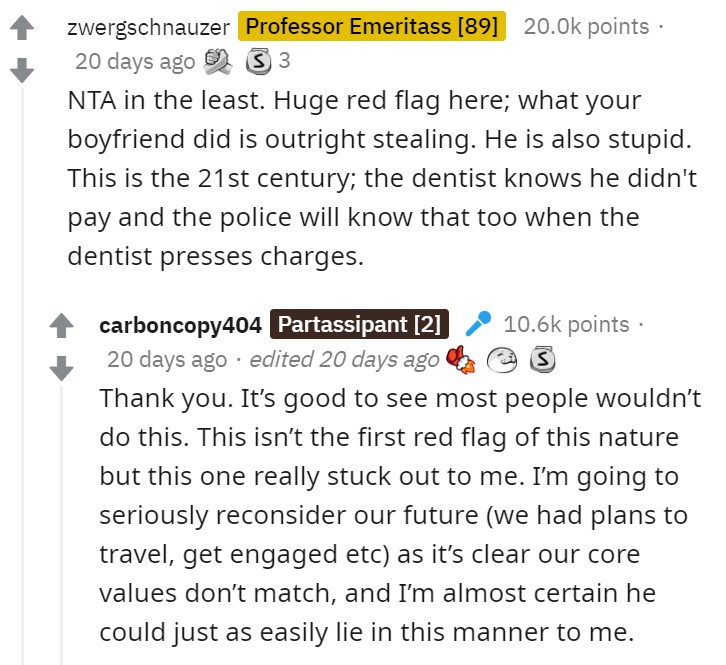 Lying and stealing without a second thought a huge flaw. 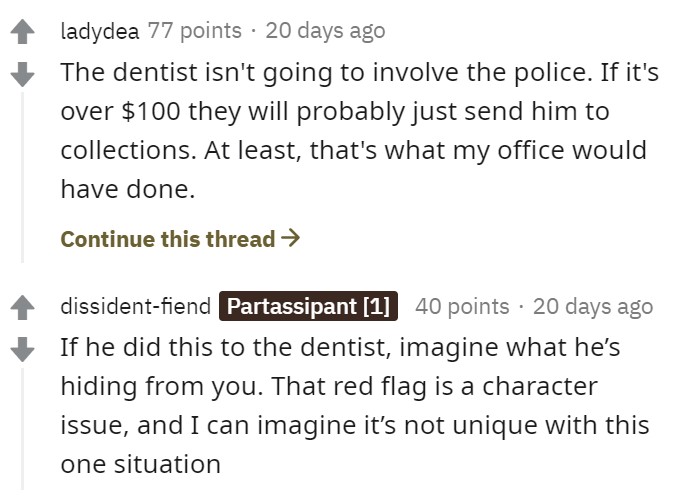 It does fall upon him to prove that actually. 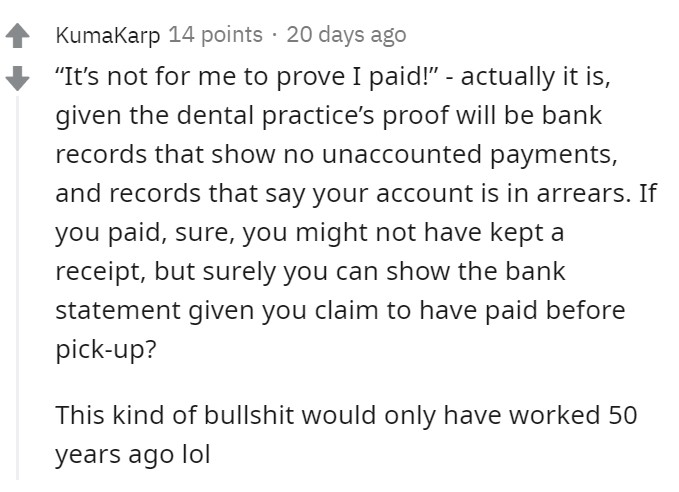 But the story doesn’t end here as we get to see what happened next. 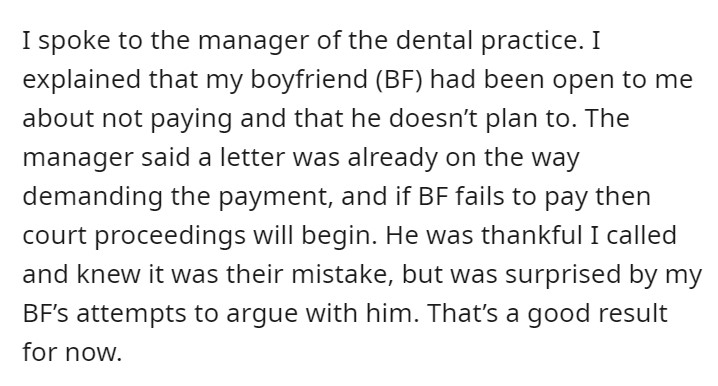 The paranoia was already deep within her mind so she clicked onto the emails. 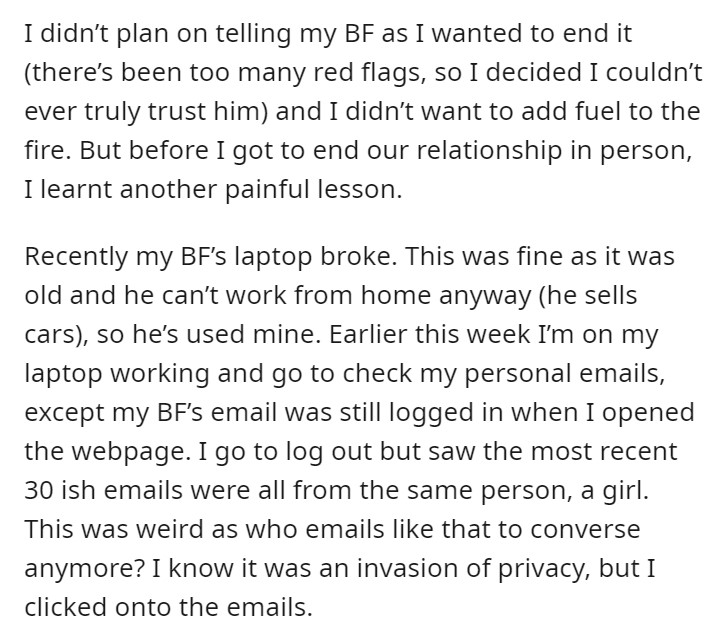 So he got caught because her phone was broken and they had to contact her through email? 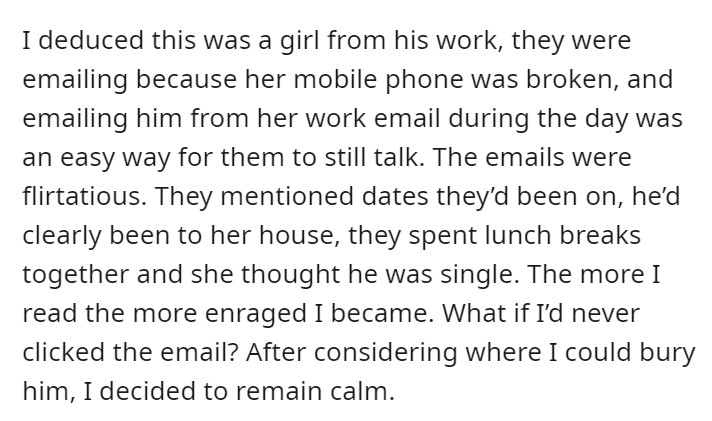 Good for you, girl! He revealed his true colors and you respected yourself enough to believe him. You’ve had a rough week and it must have been tough but you should be proud of yourself for how you handled it! Hope it is all uphill from here. He is going to bitterly regret being a cheating stealing jerk and you are going to have a beautiful life without him. Sending hugs and best wishes. –umosFiatLux

It might be one of the best decisions she made. 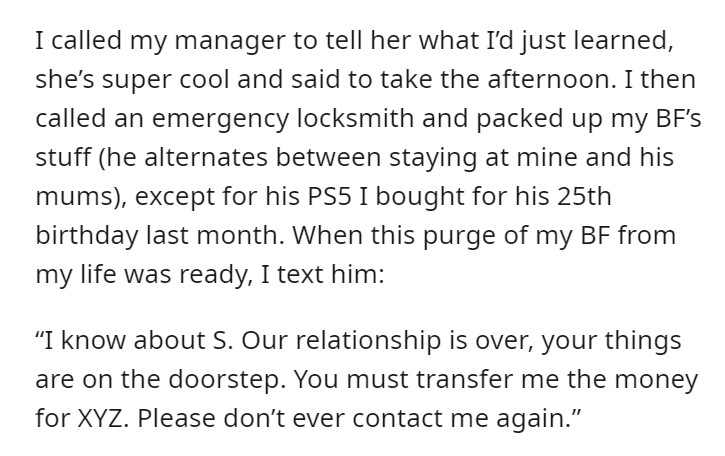 Things can never be this easy but at least she is free from him. 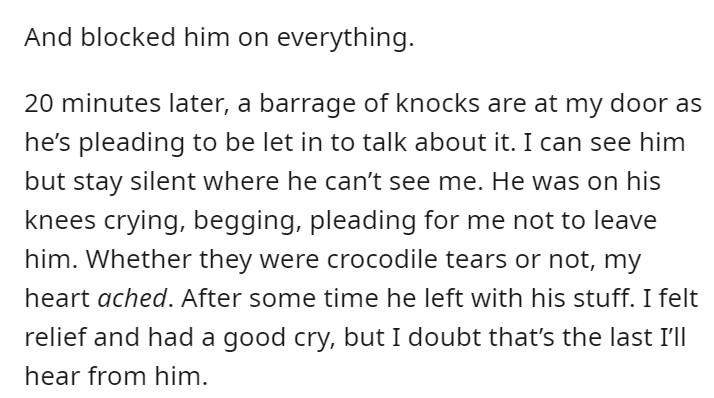 She will feel heartbroken but time heals everything.

We have some extra information to put everything into perspective.

It might have been a gift but he was a cheater so I say she deserves to keep it. 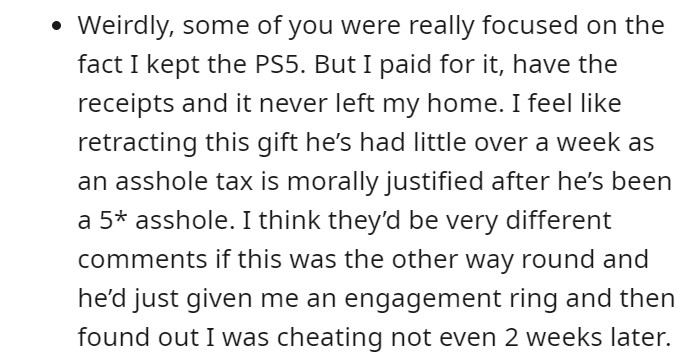 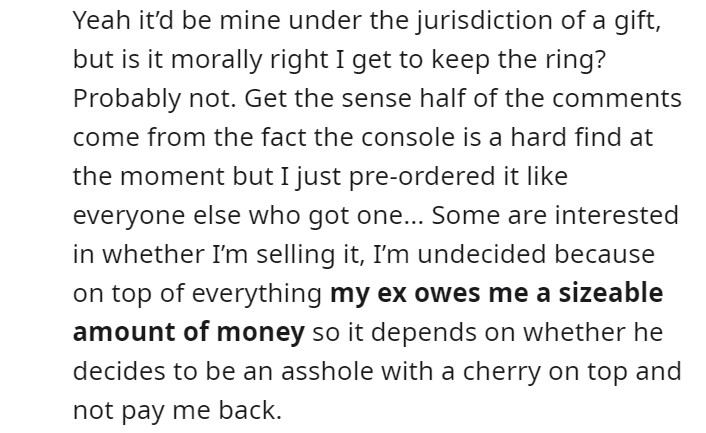 The girl was obviously not at fault because she thought he was single. 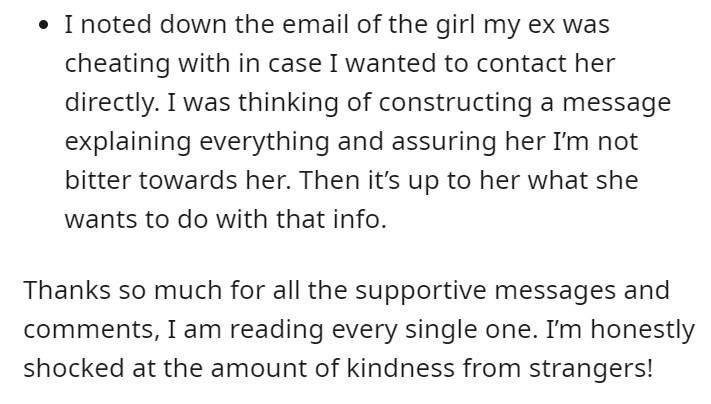 The ironic thing is that had he not given her serious cause to doubt his character with the tray incident, she might have let his crying and pleading persuade her to forgive the cheating somehow.

Cheating is a hard thing to process, and too often the innocent party feels as if they must have done something wrong because otherwise this “good person” wouldn’t have cheated, right? But OP’s eyes had already been opened. –karendonner

What would you do in this situation? Would you get revenge before breaking up with your partner? Let us know in the comments below.