Being paid unfairly is one of the most frustrating things ever.

When you finally start a practical job, you don’t really know how things work and what employers are like. Once you spend some time working for the company, you become familiar with their policies and also their mentality. If you have ever faced sexism in the workplace, you know how annoying it can really get. Equal pay for equal work has been an issue for women for a really long time. But even when we talk on a general basis, employers try to get the most work out of their employees for the lowest pay rate possible. This can be highly demotivating and even unfair if you are discriminating against your employees based on their genders. Pay people what you owe them according to the level of work they perform. It isn’t that complicated, yet we still have a long way to go.

This woman on Reddit quit her job because her employers wouldn’t pay her fairly even though she worked more than her co-workers. In the end, she finally found a job that paid her so much more work and she found her true potential. Scroll down below to read the whole story:

The woman works in a medical lab. She noticed that she does the most work, but gets paid the least compared to people working with her in the same position. 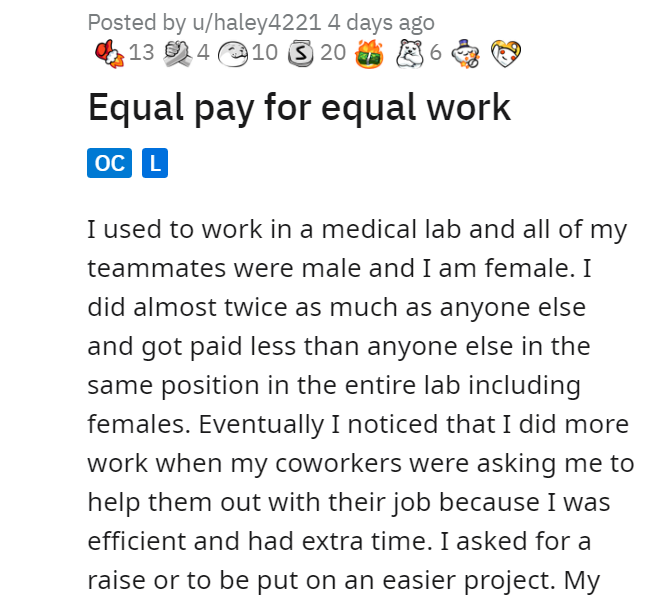 She was denied a raise when she asked for it. So she just decided to work as much as the others did. 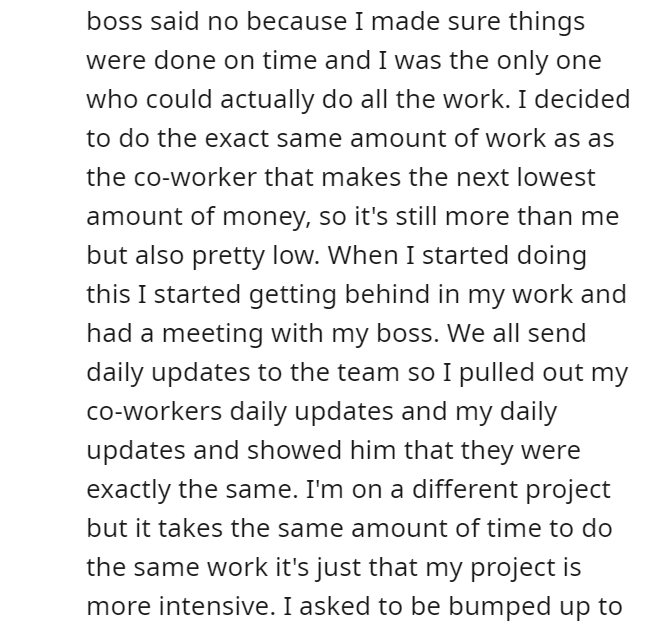 They couldn’t even complain because she was only working as much as she was being paid for. 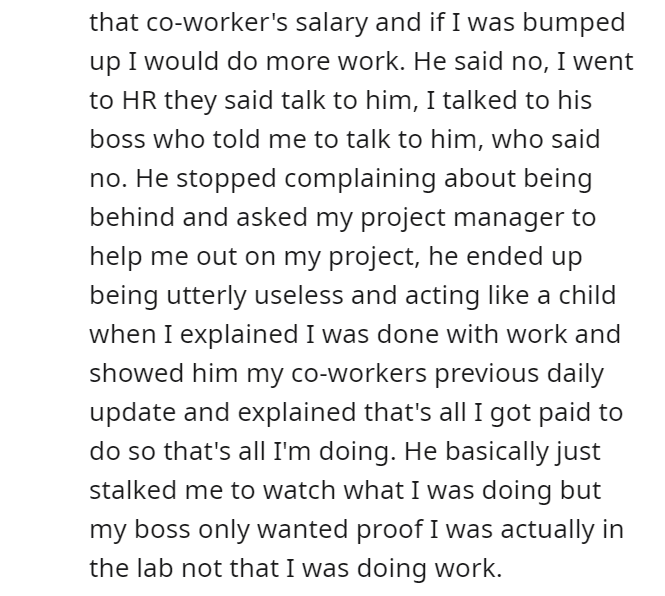 She took longer breaks and it was driving the employers crazy. 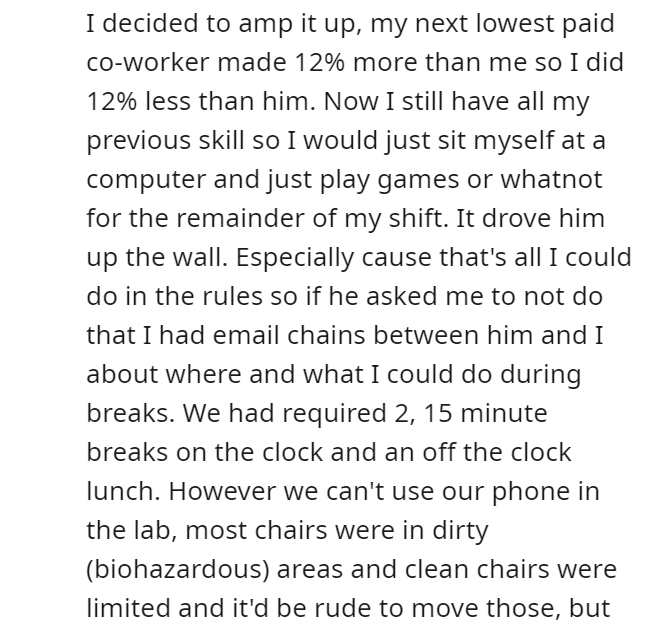 She didn’t even break any rules and wasted as much time as she could. 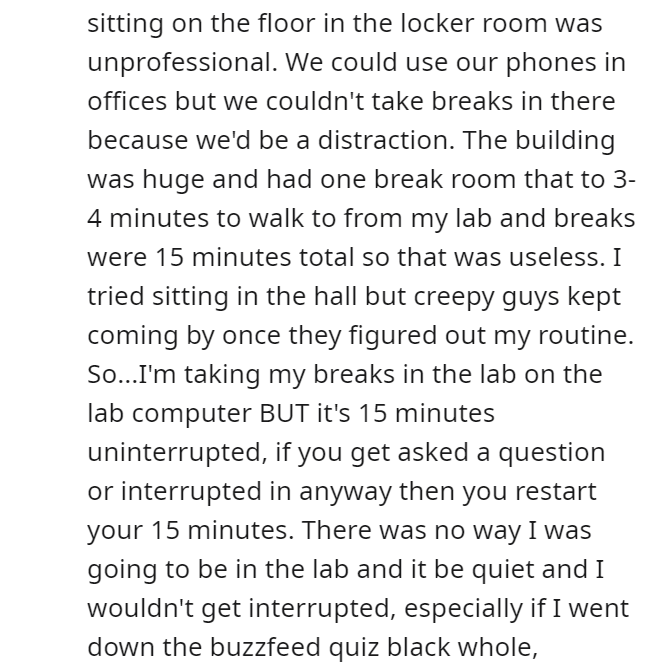 Even when she was in the lab, she wouldn’t work more than what was required.

After some time, she finally found a new job that paid her more than 45% of her current salary. 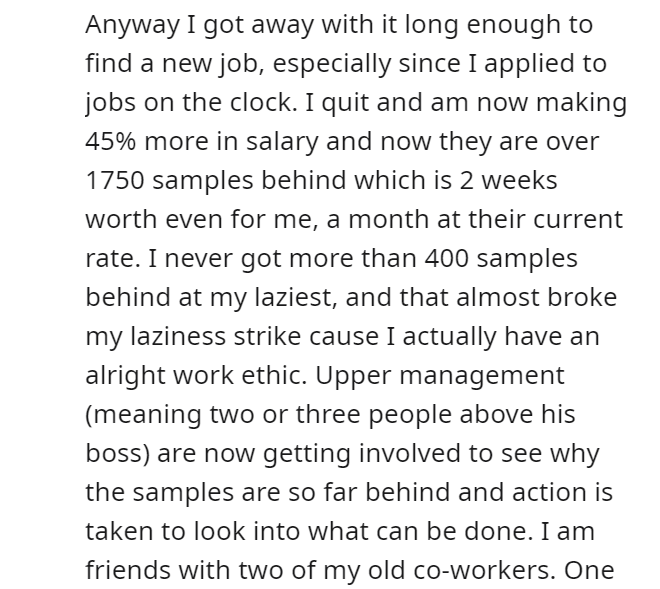 They would have saved so much more money if they had just given her a raise. 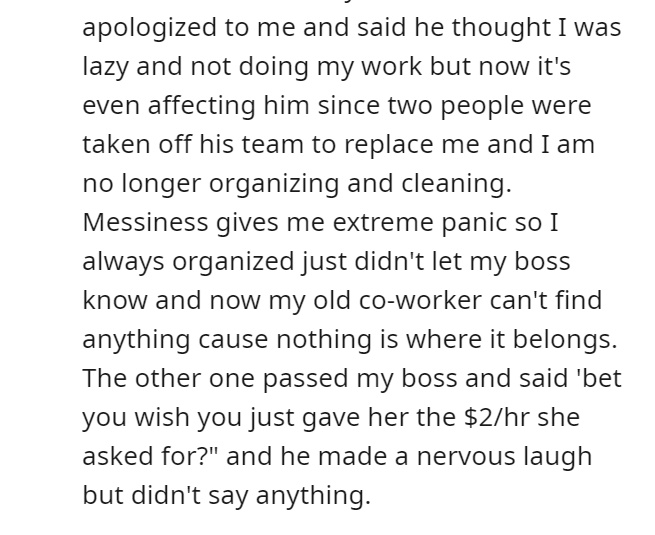 Here is the long story short: 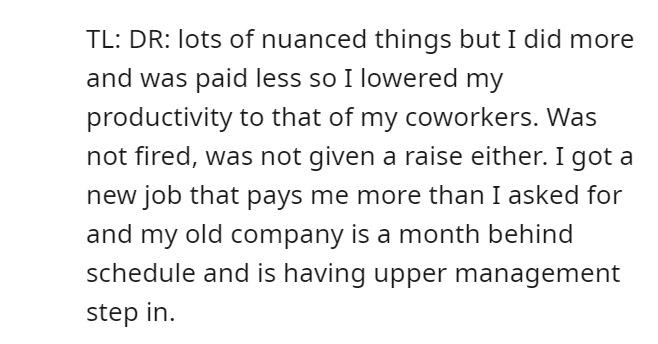 This woman needs to be appreciated for standing up for her rights. A lot of people stay quiet even when they are treated unfairly at the workplace. Staying quiet and just letting it happen can cause more harm than good. It will enable the employers to do the same to other people and you would never reach your true potential either. Or get the money you have rightfully earned.

This is how Redditors responded to the story: 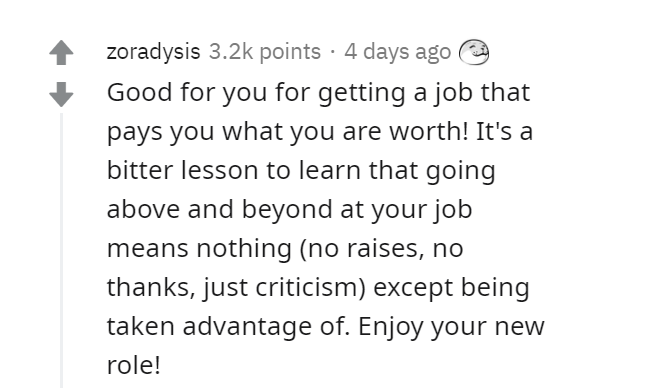 Not always, but if you find a better job that is paying more, go for it. 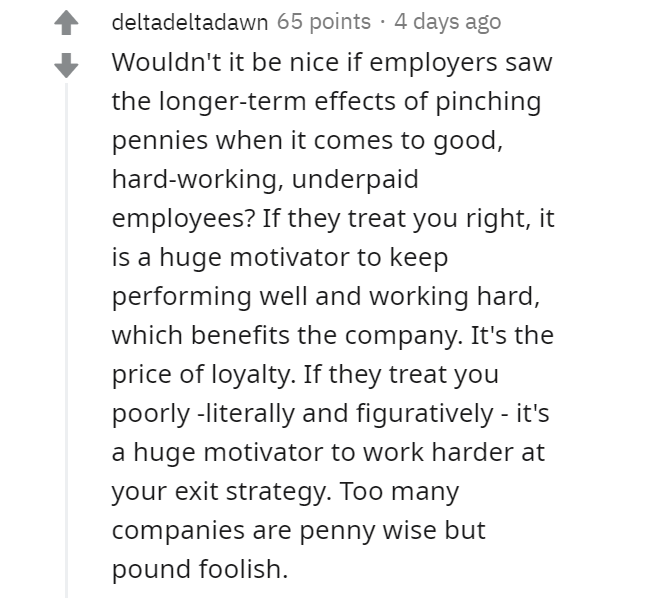 That really must have hurt their ego. 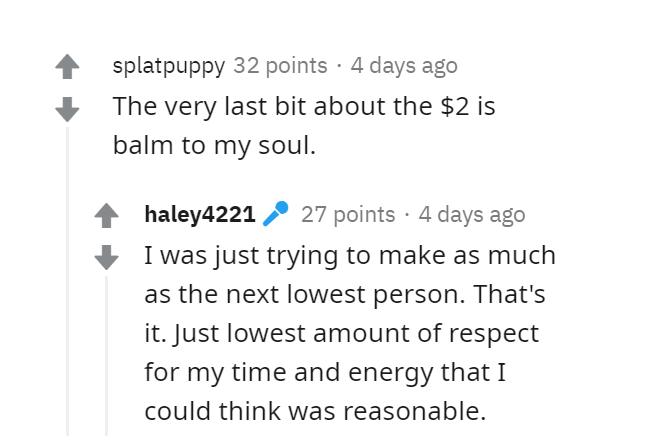 That must have been satisfying for the lady. 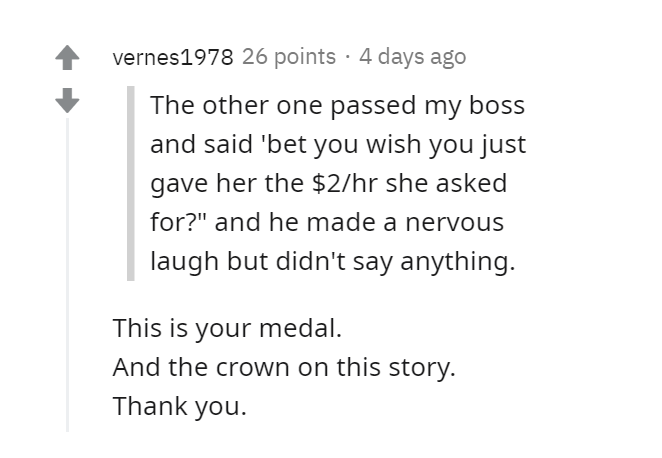 You don’t have to stay loyal to a company that is underpaying you.

Do you side with the woman on this? Did she do the right thing? Share your thoughts about this story with us in the comments below!