Every relationship has its problems.

After all, unless you are dating your carbon copy, there is definitely going to be a difference in idealogy and what matters to one might not be a big deal for the other. I am well aware that something things are too much of a big deal to simply work out but that is why communication is key even earlier in the relationship.

It is always better to lay out what you find unacceptable at the start so both can move forward without having to worry about any huge surprises later when they get serious. This girl however did not do that. I mean earlier in their relationship it was clear she wasn’t a big fan of her boyfriend’s cat but he never realized the hate was rooted so deeply within her.

You can read the whole story by scrolling below and taking a look.

I wasn’t actually aware that many vegans didn’t like carnivore pets. 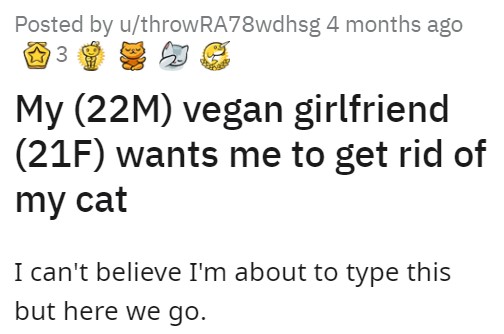 I mean kudos to them for trying to help the environment and being empathizing with animals. 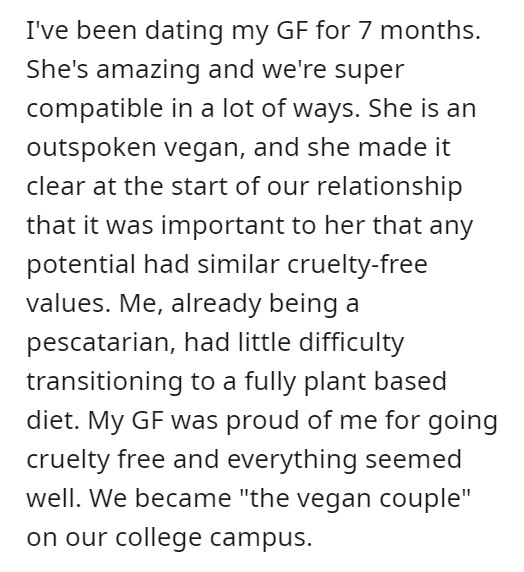 Giving a home to an animal who needs it is actually a good thing. 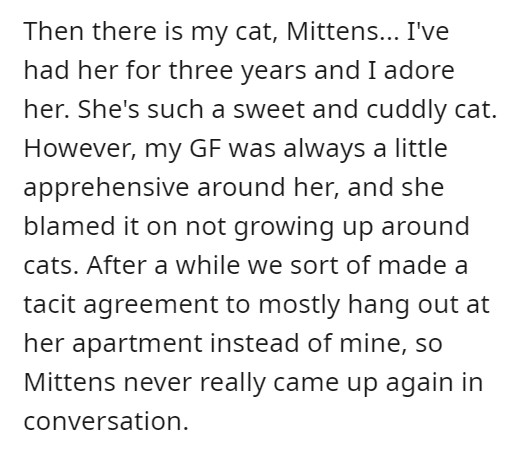 But this is when things started to get serious between them and they wanted to take it to the next level. 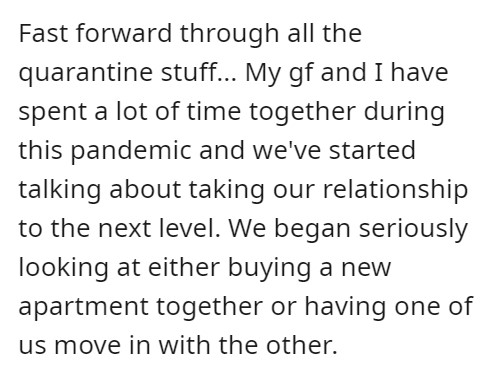 And this is when she basically gave him an ultimatum and I hate when that happens. 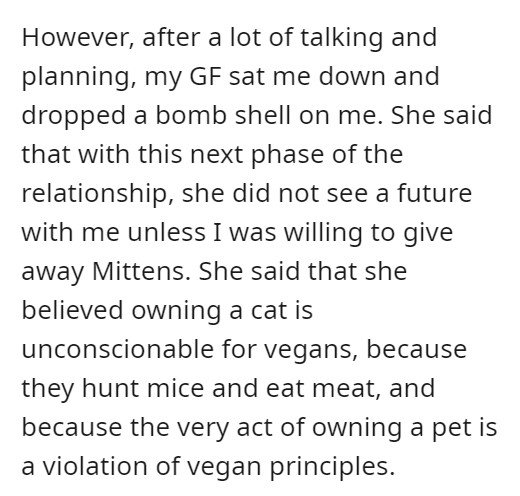 While humans can survive and even thrive on a plant-based diet, many animals can’t and they shouldn’t be forced to. 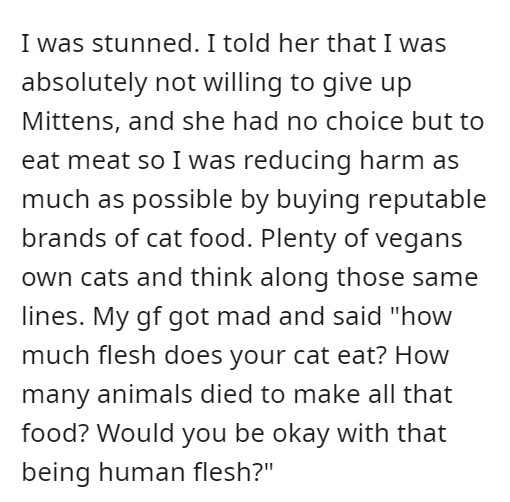 Even if he gives the cat way, it isn’t going to make any difference though. 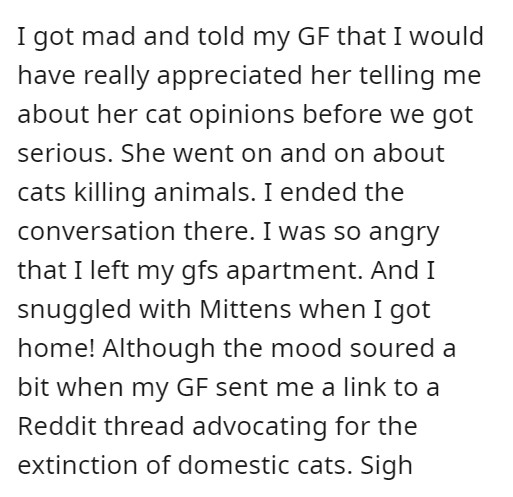 Your girlfriend is trying to manipulate you by lying about what veganism is. If she waters truly conceded about animal cruelty she wouldn’t advocate to make your cat homeless or put him down! She just doesn’t like cats so she’s trying to pretend it’s a vegan stance so that you think there’s something moral to it. She thinks it makes her stance stronger.

Not only is this a horrible thing to do to you, but it’s also unconscionable to treat an animal like that. I firmly believe if she moved in with you and the cat, you’d come home one day to find out she dropped it off at the pound.

This is breakup worthy because I don’t think you can trust her around your pet. And if your cat got hurt or killed, would you ever forgive her, or forgive yourself for letting her close?

Throw the whole girl out. –PeteRepeats

Carnivore animals are not supposed to eat a plant-based diet. It is not good for their health most of the time. 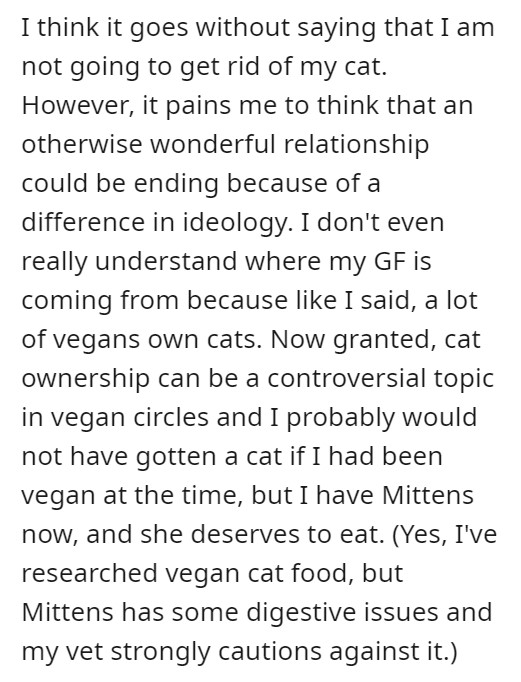 I am sad to see that this guy clearly loves her girlfriend but I don’t think it is going to work out. 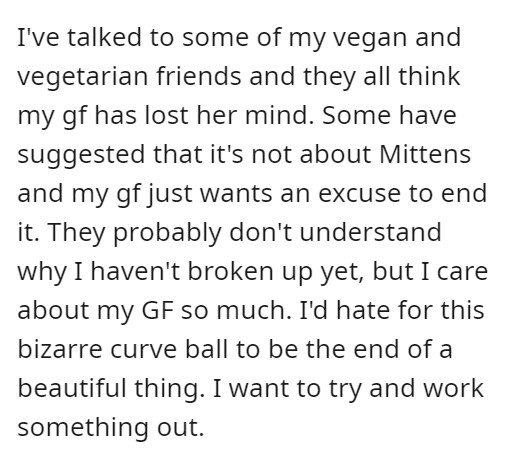 He is certainly confused about what to do next so he asked Reddit for advice. 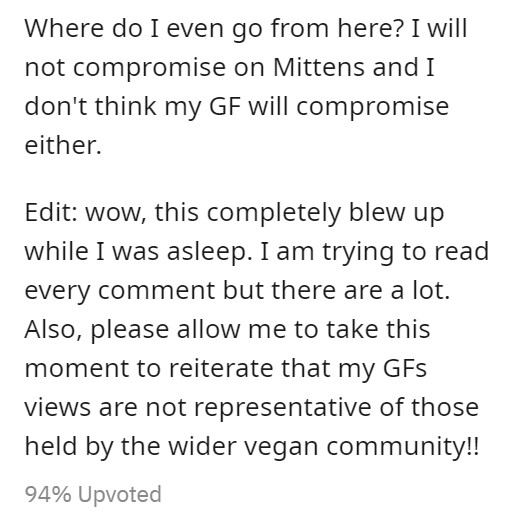 And I think this comment sums up what this is really about. 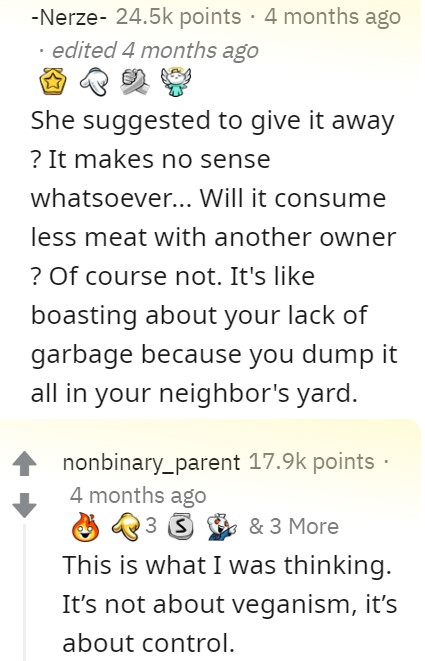 I’m a vegan and she should not make you get rid of an animal that is in a good home. Also, cats are natural carnivores, absolutely 100% feed that cat meat!! I think she may be more than a bit uninformed here.

Edit: natural + obligate carnivore. I was not specific enough. –dookie_cookie

But this story doesn’t end here. 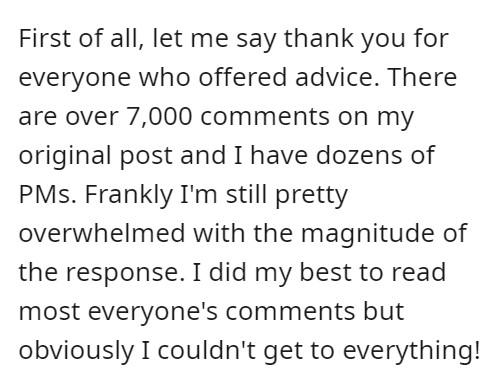 He later did an update on the situation. 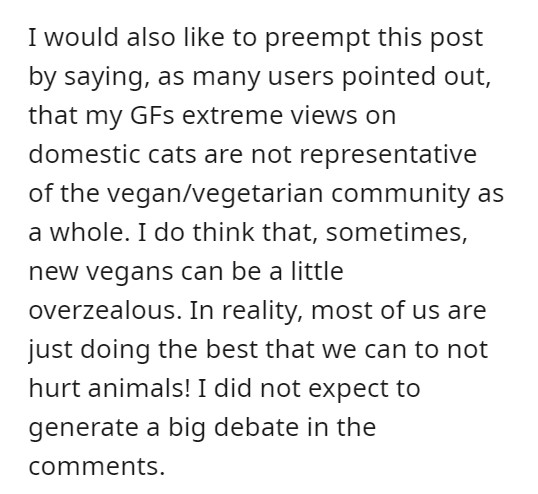 And he realized there was no way to fix this and breaking up was the way to go in this situation. 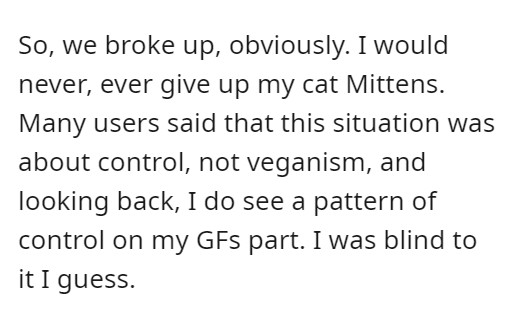 So I guess it ended amicably in a way? 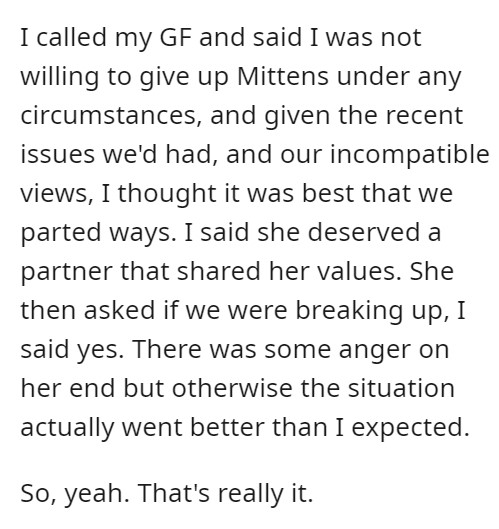 And this is Mittens for those who really wanted to see the special cat. 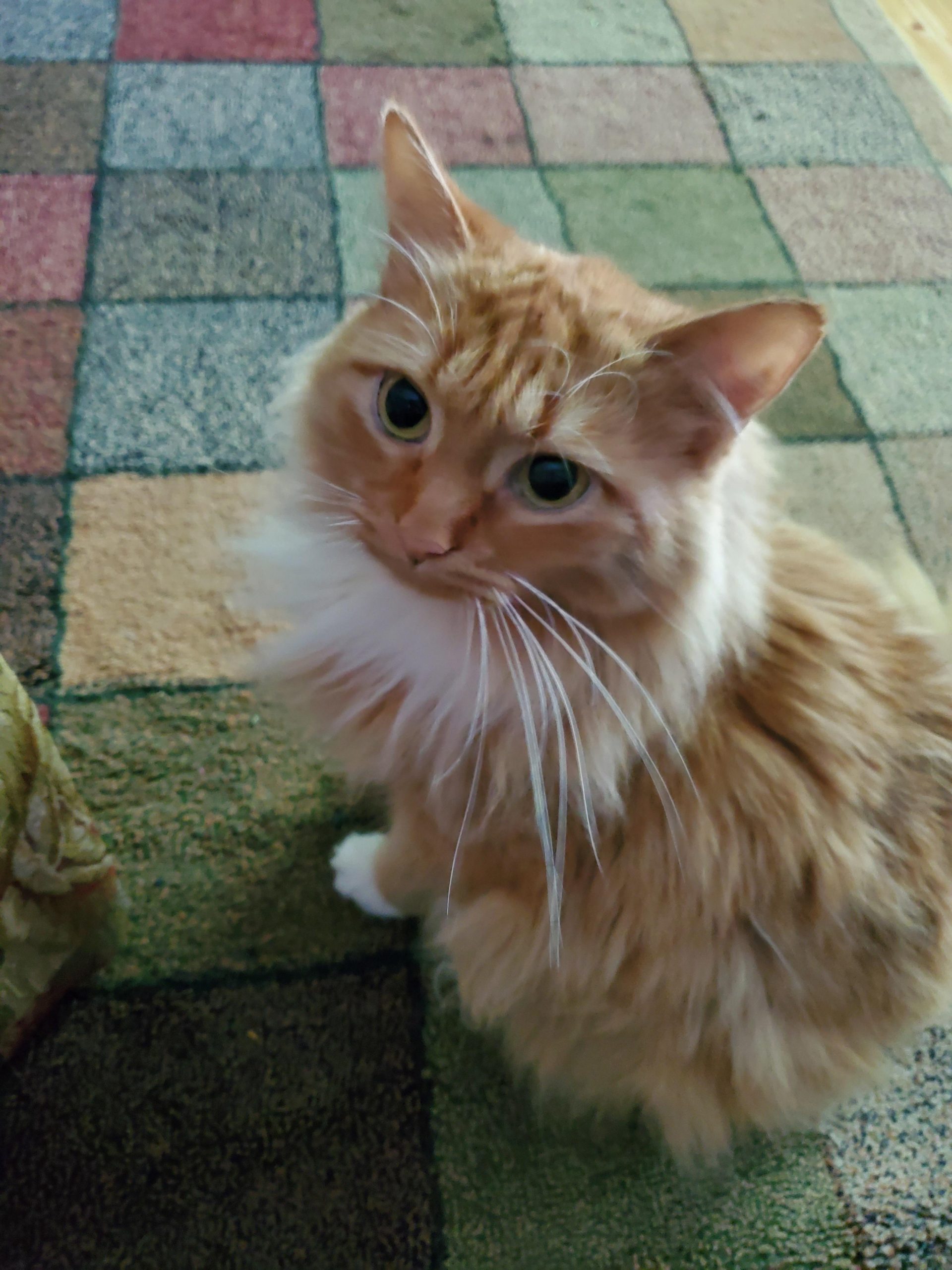 Would you ever give up your cat if your significant other gave you an ultimatum? Let us know in the comment below and don’t forget to share.