What was going through God’s mind?

When he created animals. I mean that is not to say the creation of humans is any better. But when it comes to animals it is even weirder. Whatever your religious aligning, you have to admit that not all animals are created equal. Some seem to have a coherent thought process behind them while others seem like lego blocks randomly thrown together.

Now I love all animals and I am not here to bash on any of the following animals so don’t go off in the comments. However many twitter users have made it their mission to think of the reason these animals were created in the first place. Perhaps God was drunk? What was God really thinking? We might never know but we sure can guess.

So scroll on below and take a look at some people’s guesses.

#1 You snooze you lose the genetic lottery.

#2 That actually perfectly describes a jellyfish.

#3 And also hisses so you get extra scared.

#4 A fat horse with a very big mouth. 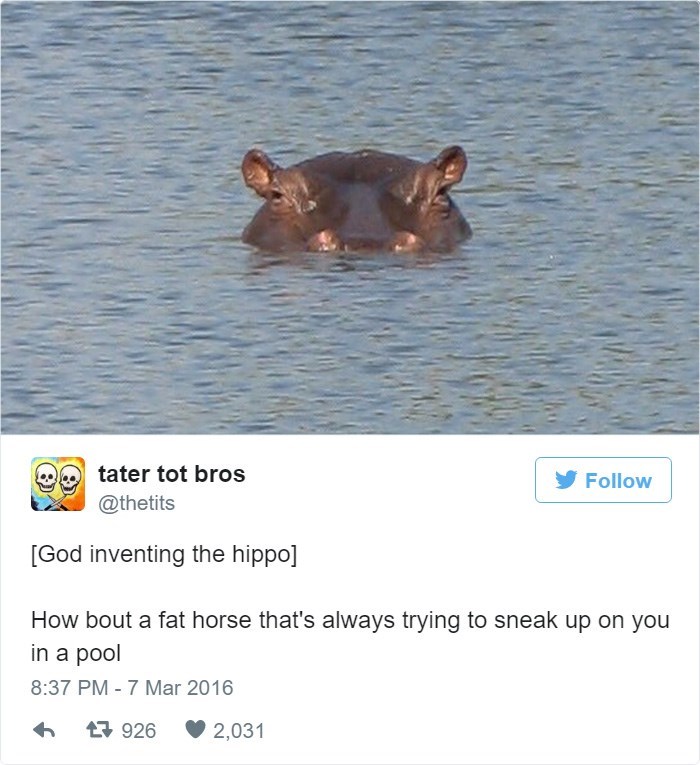 #5 Also add a buzzing sound so humans know to run when they hear it. 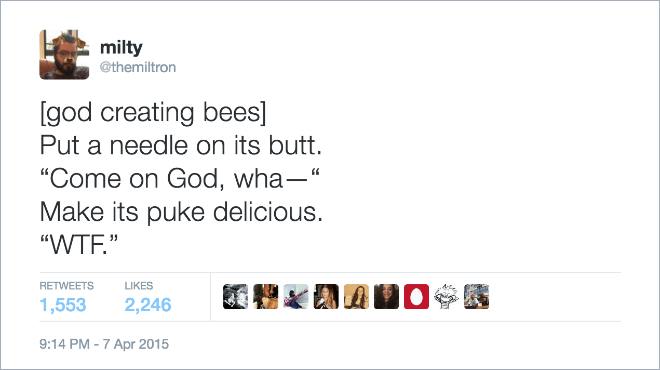 #6 Okay this is just making me sad. 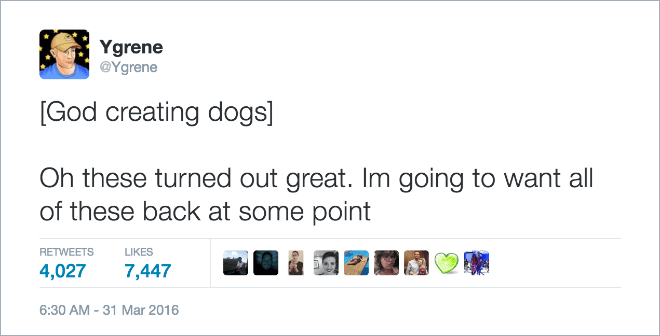 #7 Don’t forget to make it a night creature.

#9 Well, every flower has it’s thorns. 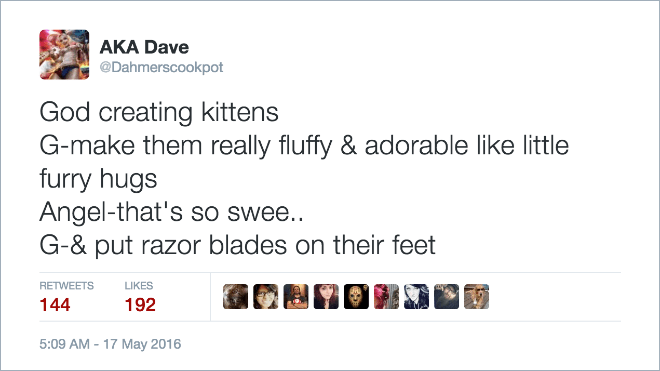 #10 Basically make it a creature from all of our nightmares. 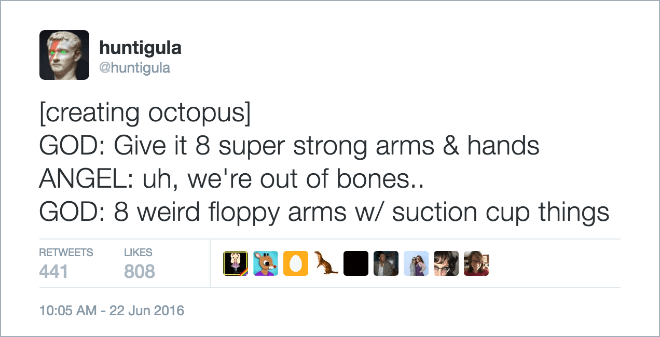 Why were they out of bones? I’m thinking they used it all on the hippopotamus and didn’t have any left for the other animals. However, it does make me think about what a jellyfish would have looked like with bones.

#11 And make them super cuddly and sweet. 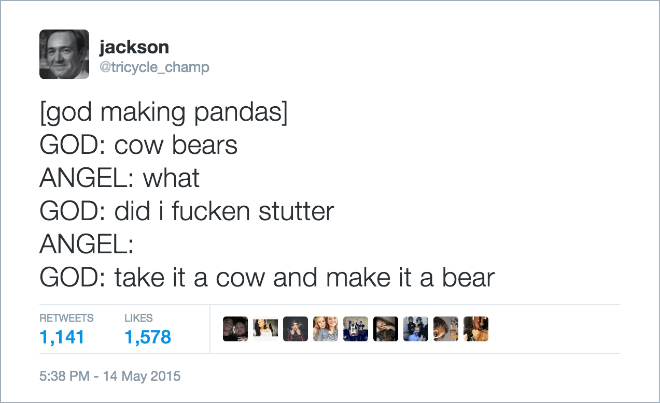 #12 So that it looks like their neck is always dancing.

#13 And this is how Platupuses came to be. 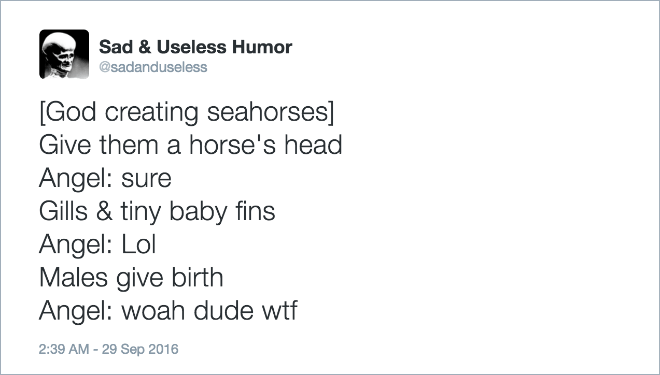 #15 I never thought of spider web as butt rope but that is exactly what it is. 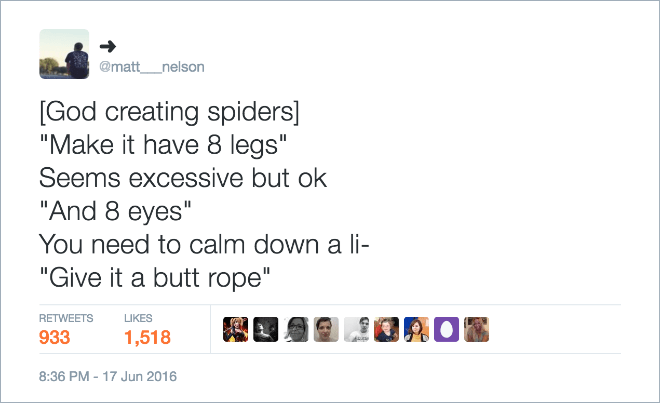 #16 I feel like a turkey would feel insulted by this. 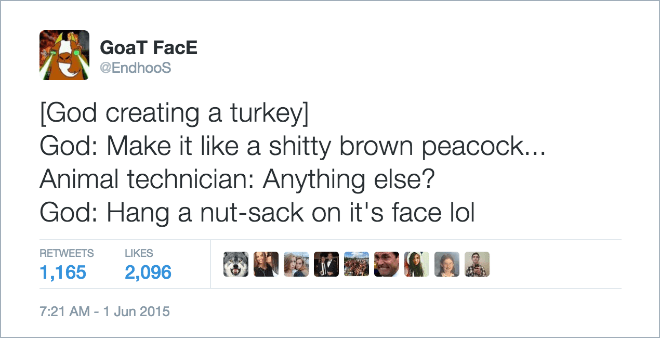 #17 That they can hide in when they can’t deal with the world.

#18 I did not know mantises did that. 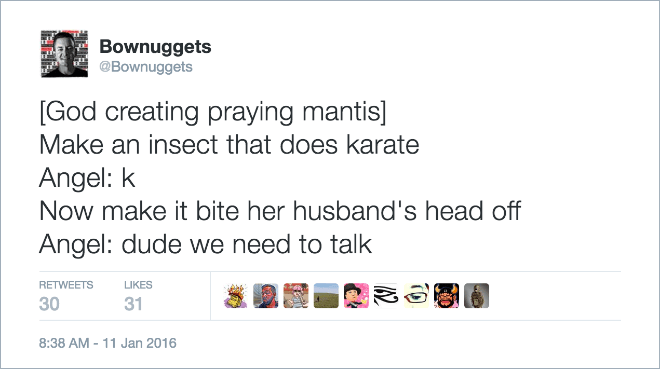 #19 We basically want a copycat! 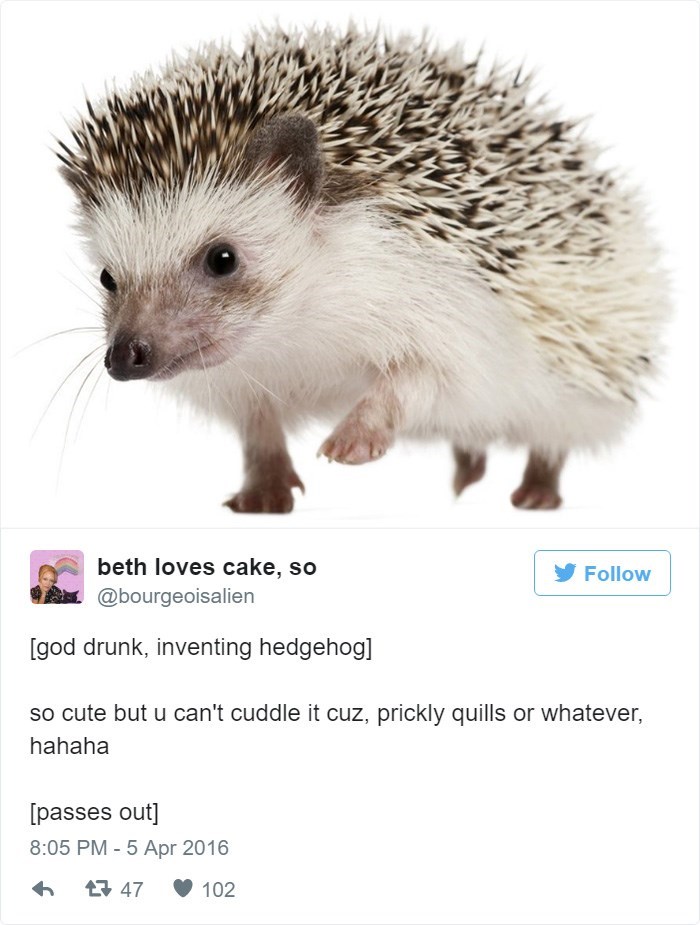 We all do and say weird things when we are drunk. But never do we end up creating a whole species in a drunken haze.

#21 All the colors of the rainbow in one. 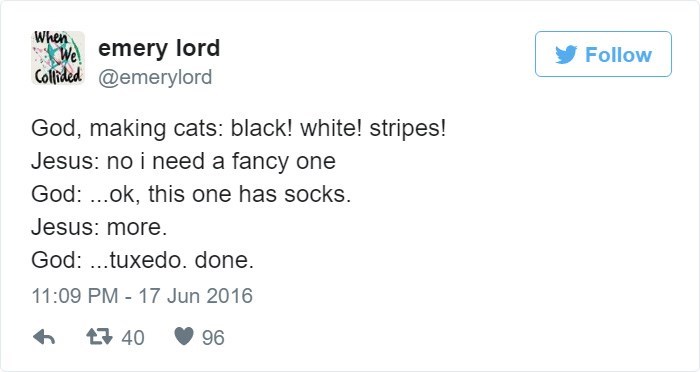 #22 Fill it until there is no space left and add an angry attitude. 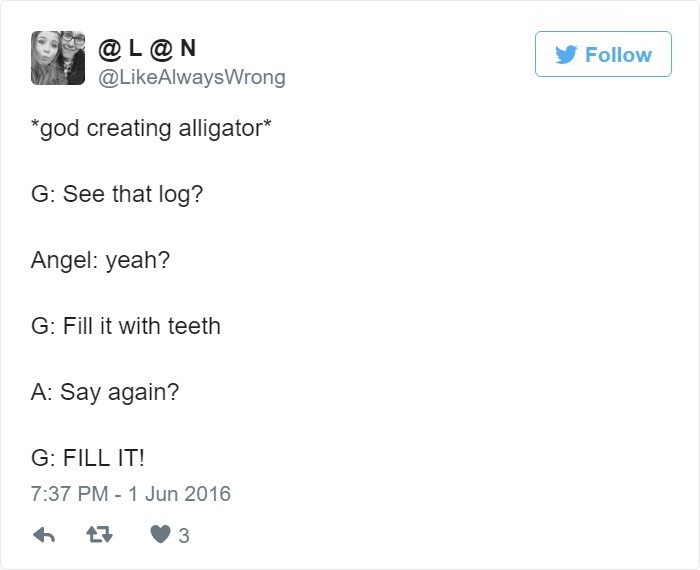 Any more animals that you think need explanation? If so let us know why or how these animals were created? Can you think of the reasoning? Comment down below.