Do you think horror movies are accurate?

It starts off with their trailers. They have silence in the first half with actors whispering dialogues, and then the suspense build-up, followed by a few jumpscares, and then the screen fades to black with the main character whispering something like “It’s coming for us.” That pretty much sums up 80% of horror movie trailers. It has been a while since we have seen a decent horror movie that doesn’t have an unrealistic storyline. Horror movies have started to become monotonous. If it is about a haunted house, it is usually just a family of 3 moving into a huge mansion and one of them gets possessed. Stuff like this becomes boring after a certain time. Movies these days are just jump scares and we can see them coming half of the time. If it weren’t for the jump scares, the movie wouldn’t be scary at all.

Some people like to tackle horror with humour. I know that is how I cope with fear. And a lot of people on Twitter being movie critics decided to tweet and make jokes about horror movies. Some of these are pretty spot on. Scroll down below to read 26 hilarious horror movie jokes that are very accurate:

1. They are having the time of their lives in the first half.

4. Who does that? Super unrealistic!

6. Disney movies are for comfort after all that fear.

7. She is speaking facts. 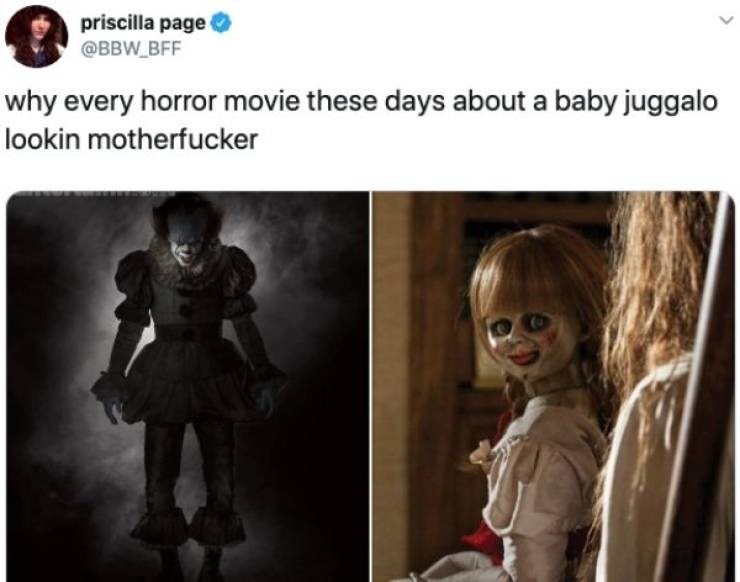 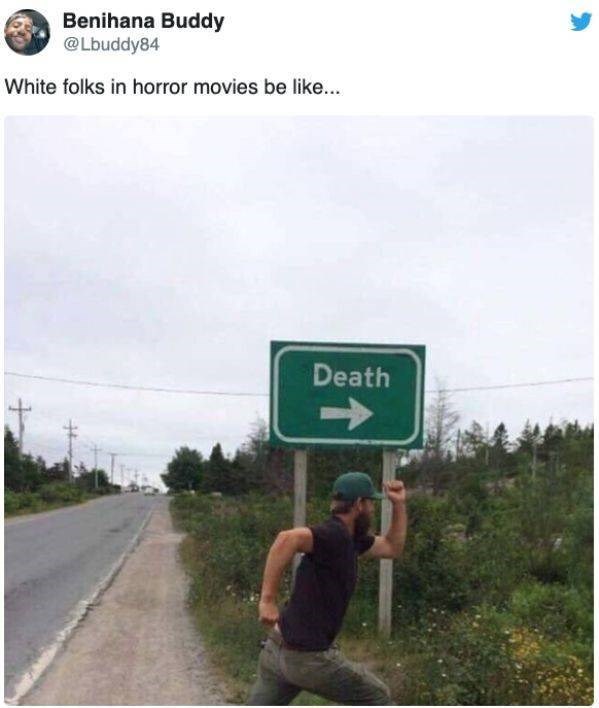 9. Love her costume though! 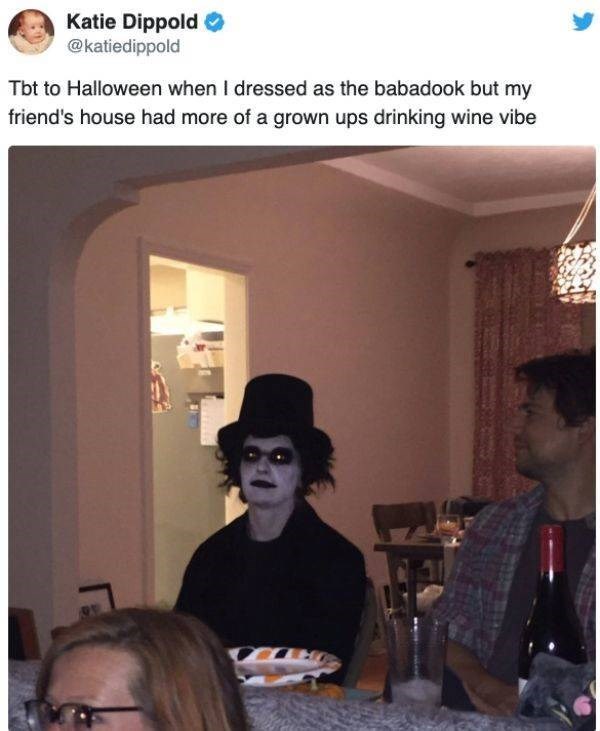 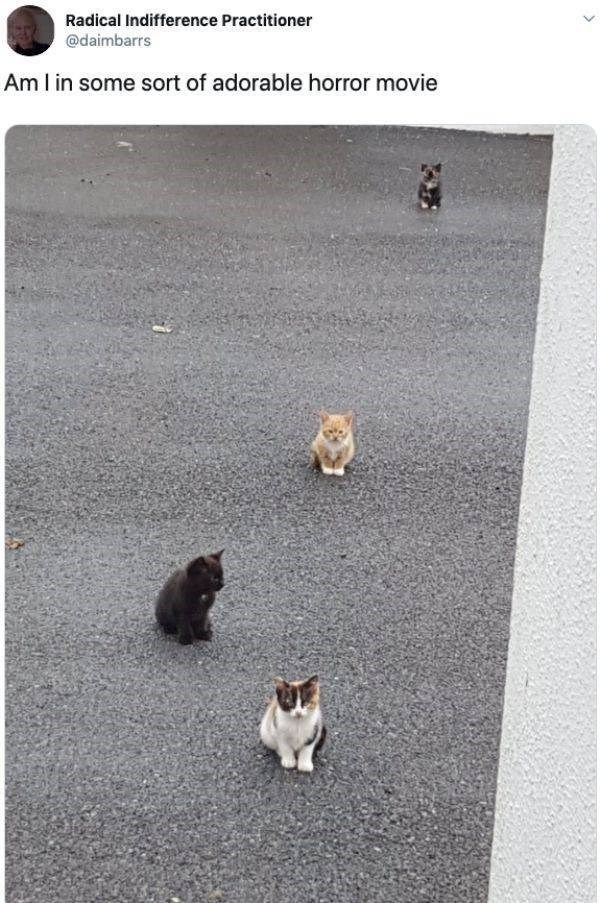 11. Hollywood got to Chucky. 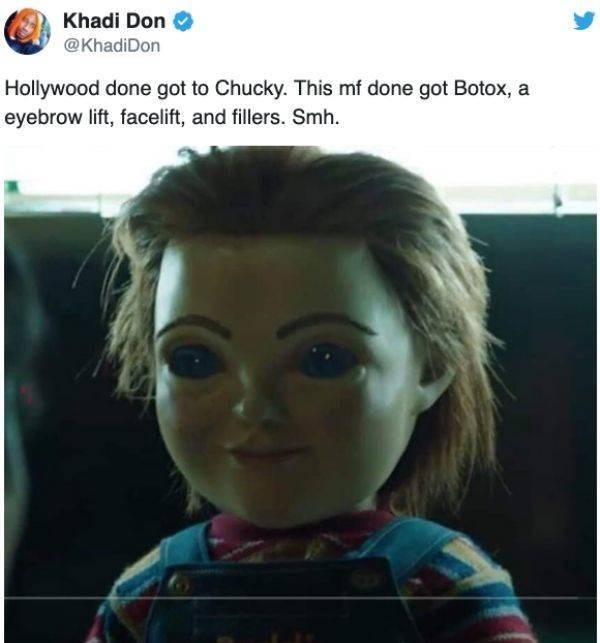 12. Maybe that’s why he’s killing everyone. 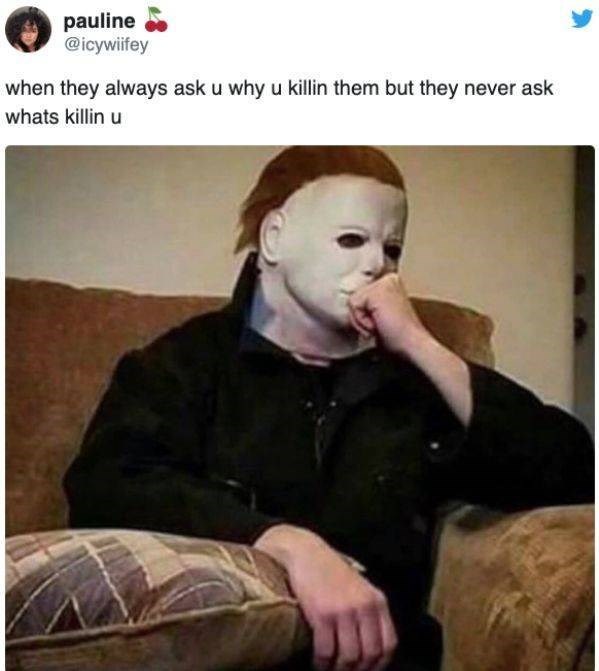 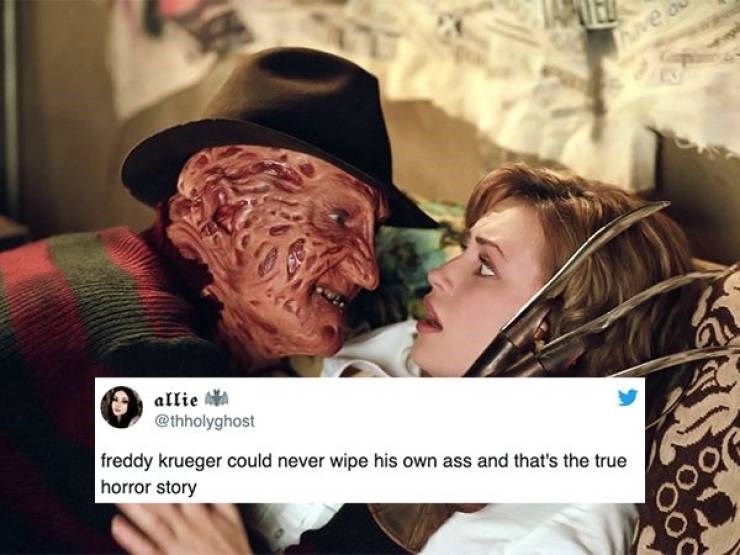 Having a good laugh? Scary movies are actually good for us. They give us the right amount of fear and excitement without scarring us for life. We get too cutesy when we watch other types of movies. There should always be a balance between everything. And since the spooky season is coming up, take out your popcorn! Scroll down below for more funny horror movie jokes.

16. What are you going to do with all that extra space? No wonder demons share the house with you. 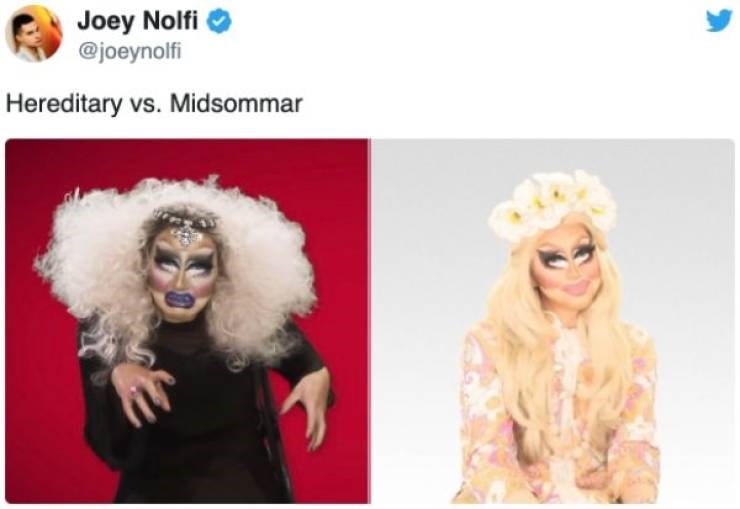 20. The ghost cares about the environment.

22. We know what happened when he was thrown in the bin.

23. Searching about old cases or towns. 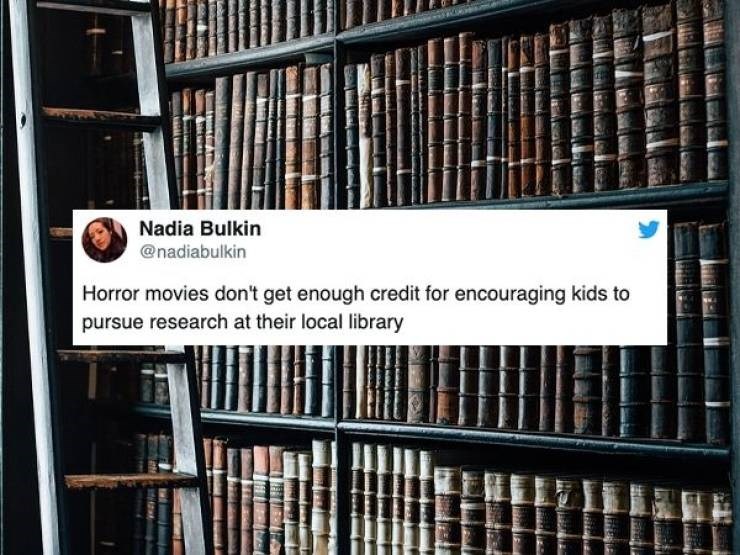 26. I wonder why Rihanna wrote that?

Did these make you laugh? Share your thoughts with us in the comments below.