Losing weight is not as easy as it seems.

I know many people love to comment on someone else’s body. And they can preface it by saying ‘they are concerned’ all they like but most of the time it is not a concern for someone’s health at all. Most of us already knowing losing any amount of weight or trying to be healthy can be harder than it looks and even if you find a diet that you can manage, sticking to it can seem insurmountable at times.

That is probably why this woman was not going to take it. We are all well aware that some men love to tell their wives if their figures have changed. Well, she decided to teach him a lesson when he said losing weight is easy and he could do it too. I think you already know what is coming next. So scroll on below and take a look for yourself.

I don’t like to believe in stereotypes but sometimes they ring true. 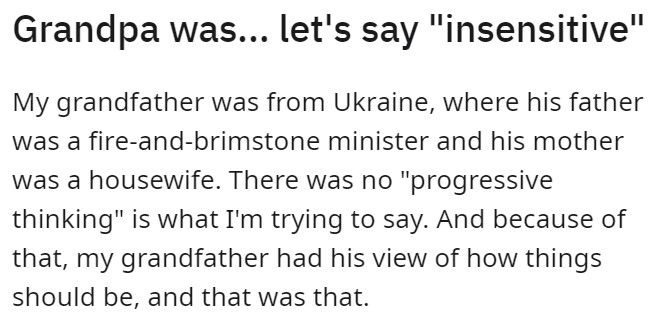 He probably should have thought of this statement before he spoke. 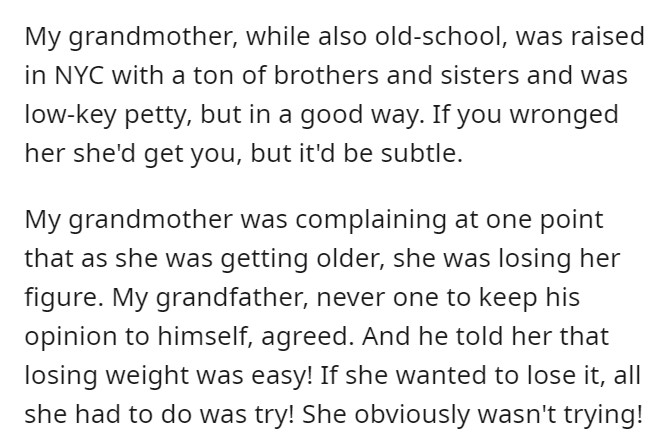 So simply put, she took it with a smile and got her revenge in the end. 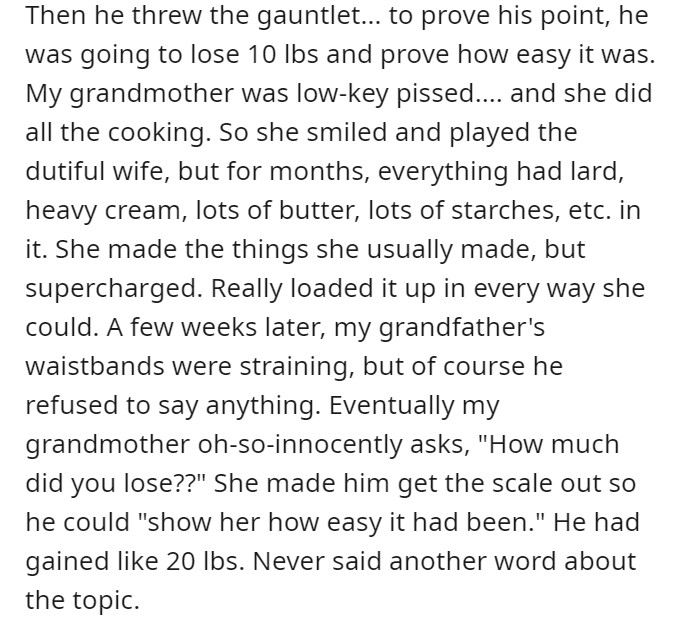 Sounds a bit like what my extended family does. 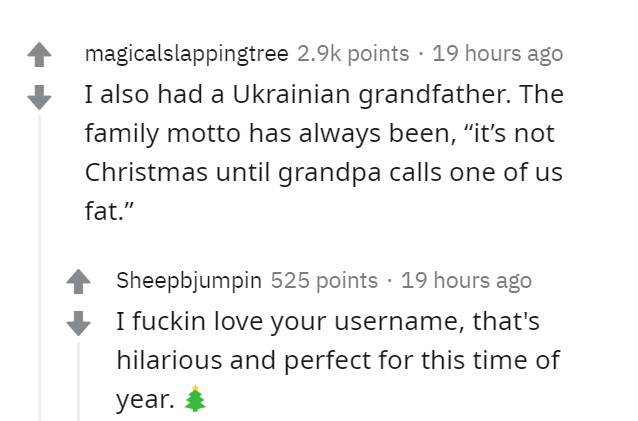 Thanksgiving when I was a child. My grandmother announced to the table that she lost 5 lbs on Jenny Craig. My grandfather replied, “that’s like taking a bucket of sand out of the Sahara.” –tik3912

People sure are obsessed with everyone’s weight. 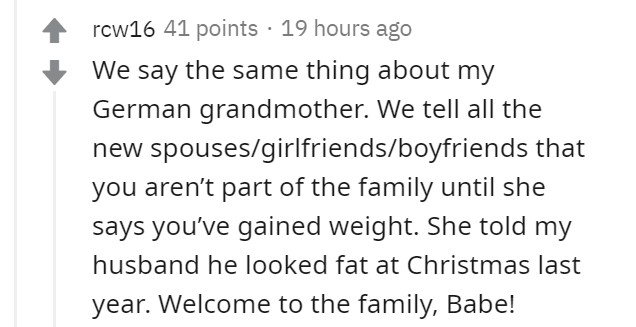 I suppose every family has its quirks. 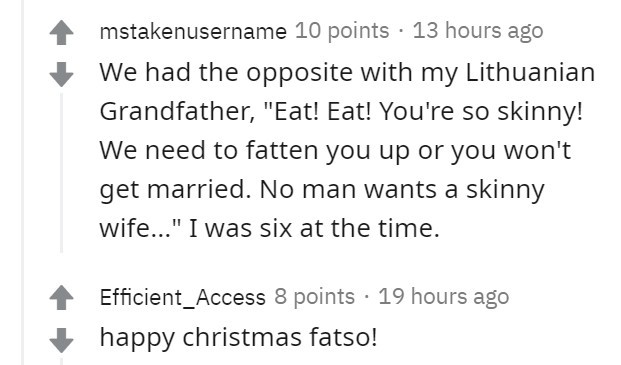 No matter what you do, you will always be too skinny or too fat. 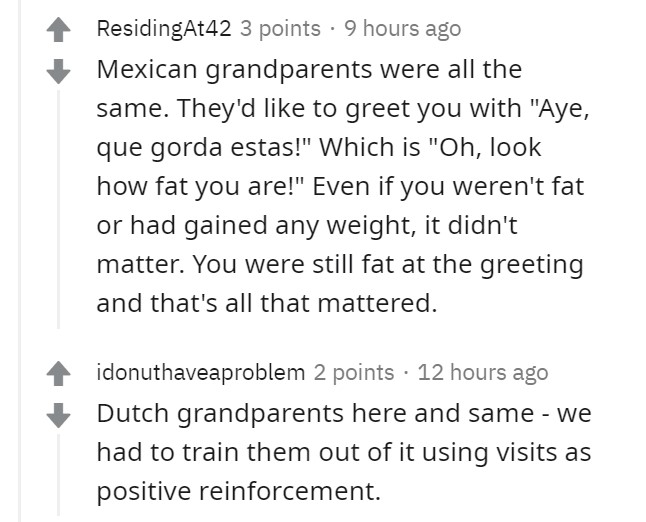 The aunt sounds like an amazing woman. I’d love to meet her. 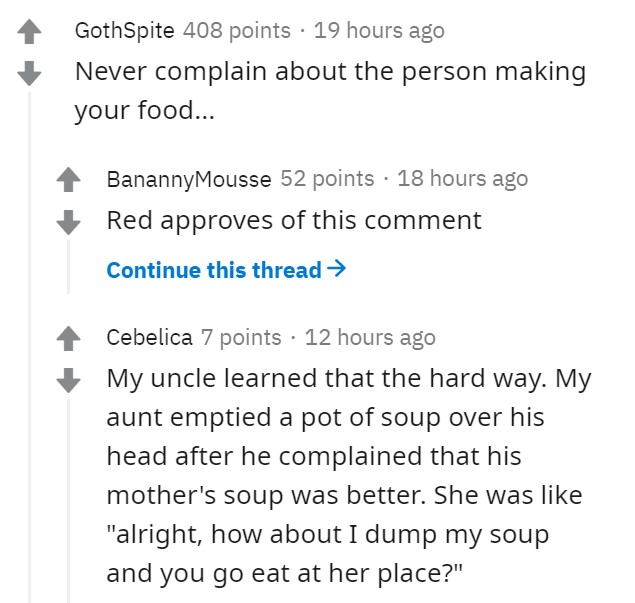 He obviously wasn’t trying hard enough or he would have lost all the weight. 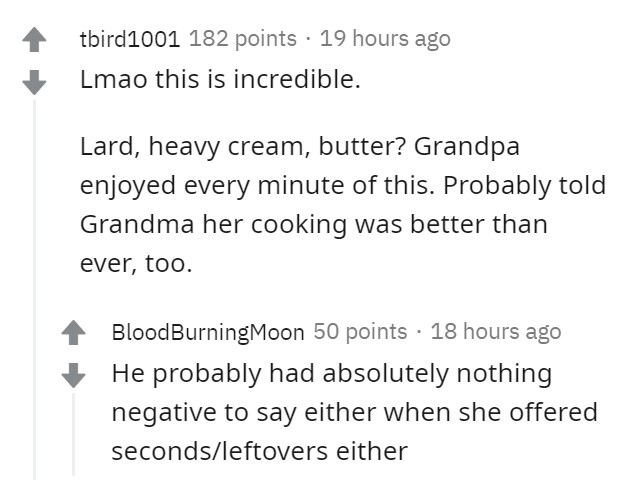 I mean losing weight is easy. Just count calories. Stick to your limit and you’ll lose weight. I’ve lost 100lbs in the last 18 months. I have a friend who’s done the same and she lost 200lbs in 3 years.

Grandpa just didn’t have it in him to actually do it. –Wrong-Cloud

She used that apron for good and taught her husband a lesson. 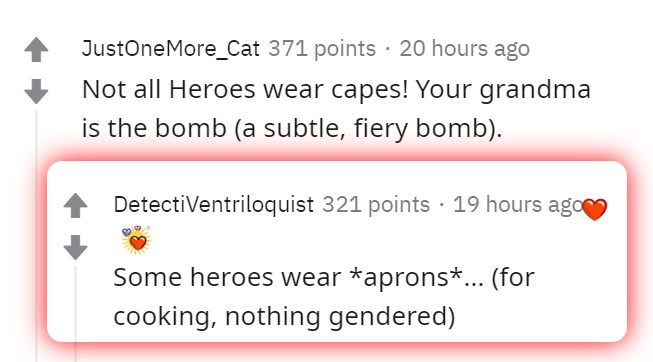 Everyone likes to be petty once in a while. 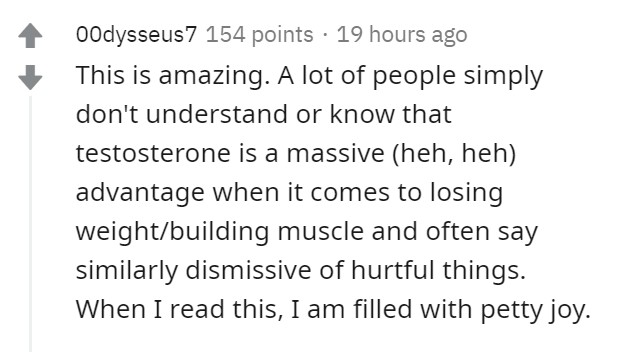 At least he quit drinking and that is all that matters. 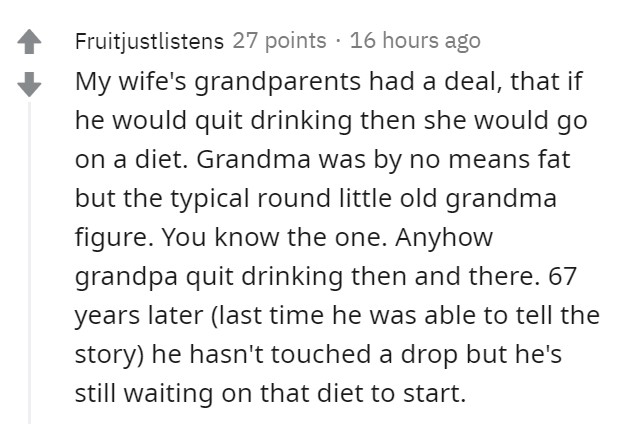 Does your family do anything similar? If so let us know in the comment down below and don’t forget to share so your friends can comment on their experiences as well.