This is why you should wait before you decided to go off.

On someone who hasn’t replied to you for a few hours. I know many people who have gone haywire and I could only see the dumpster when I woke up. Honestly, not everyone is always glued to their phone. Some of us actually have lives that we live and work to do. However, this nice guy doesn’t think so.

Since he was quick to get pissed off on this girl who did absolutely nothing and was quite decent even though he was acting creepy from the start. I mean if a 27-year-old with a daughter wants you to have his babies, you should probably run the other way as fast as you can.

These might be one of the weirdest text messages I have ever read.

I mean that was very fast. They only just said hello and he already invited her. 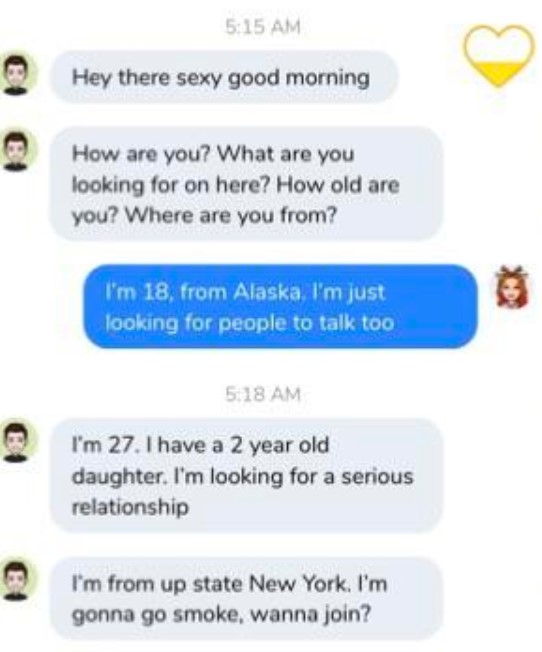 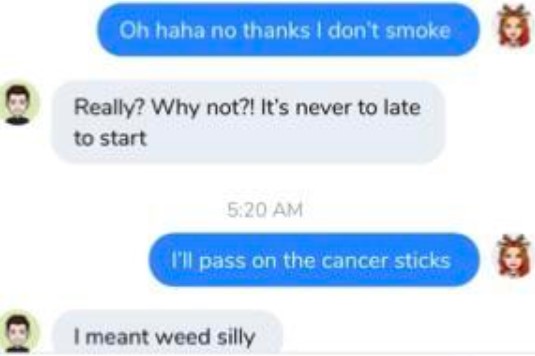 Who would ask so many questions before the other person even has time to answer one? 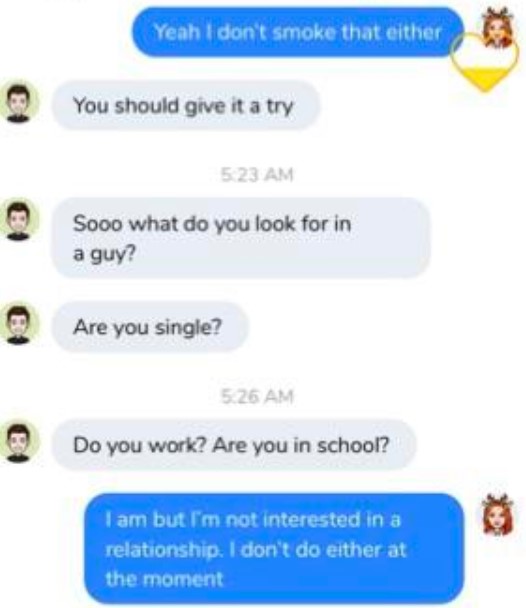 Does there have to be a reason for everything? 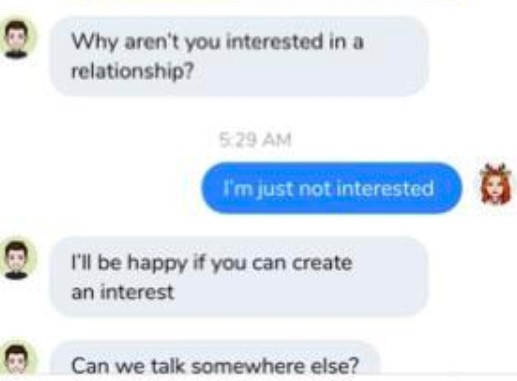 He keeps mentioning he has a kid like that is supposed to change something. 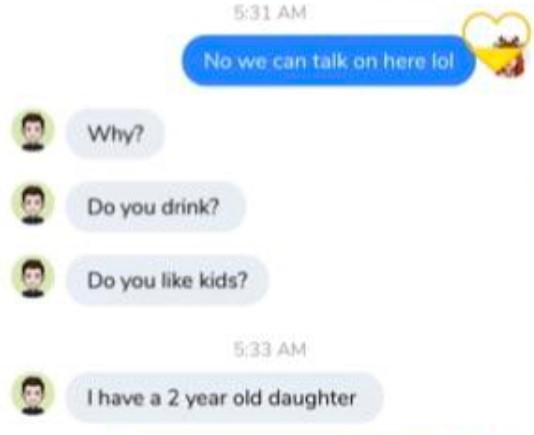 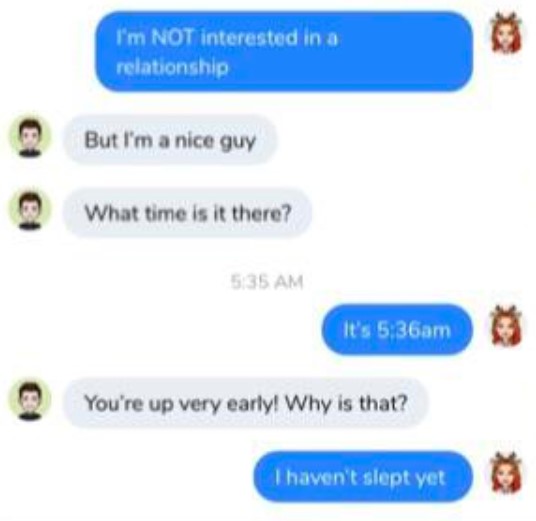 I would’ve blocked him almost immediately.

The first thing he says is “hey sexy”.

He’s trying to date you when your barely overage and he’s almost 30.

Trying to force you to smoke when you said no.

Gets rejected but he says he’s a nice guy.

He was really bad even before you went to sleep. –Jesusyoursavior69

And he will soon reveal how nice of a person he really is. 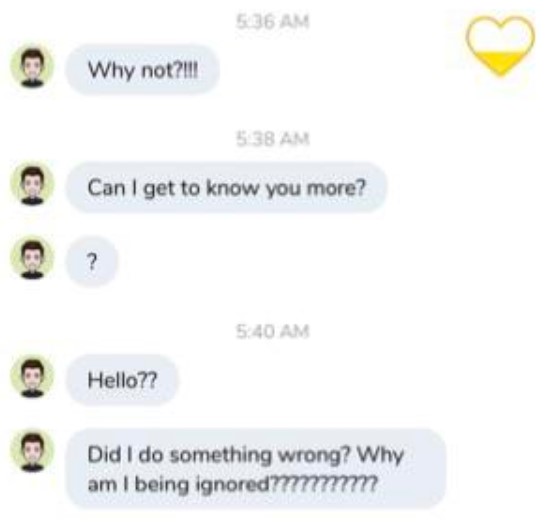 It looks like a switch has been flipped and this is the real person. 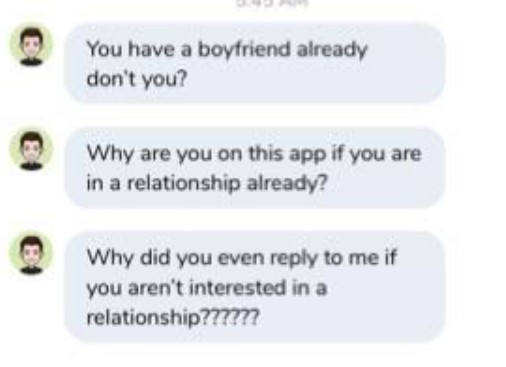 If you think this is crazy, you haven’t seen anything yet. 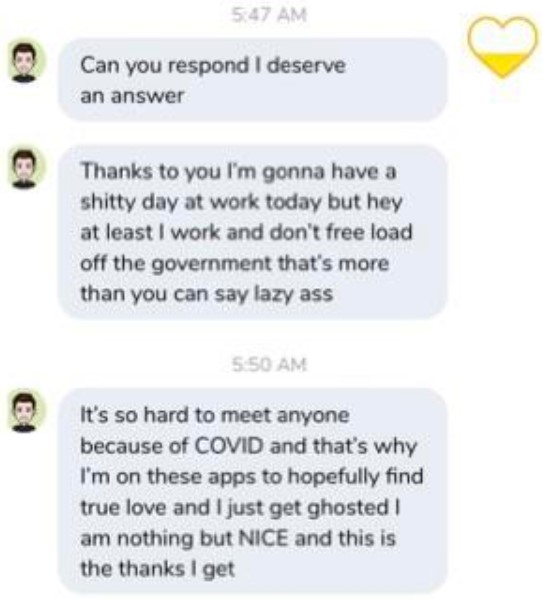 The age-old, ‘Can my abs compensate for my sh*tty personality?’ 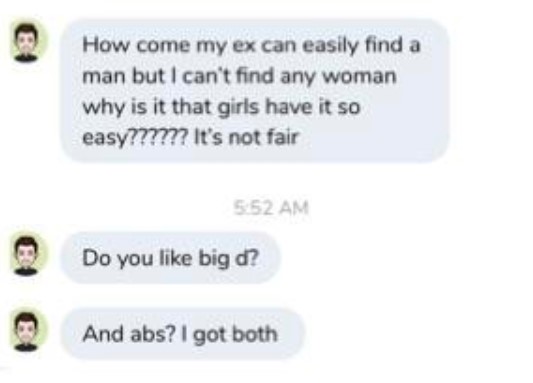 The wildest bit is where he’s calling her lazy, moaning about how covid ruined his love life and ranting about how he keeps getting ghosted despite being “nice” and says it’s unfair that his ex found somebody right away and he can’t.

Then 2 minutes later is like “my d*ck is big.” –shannoouns

From asking to be friends to wanting to meet her in Alsaka? That is very quick. 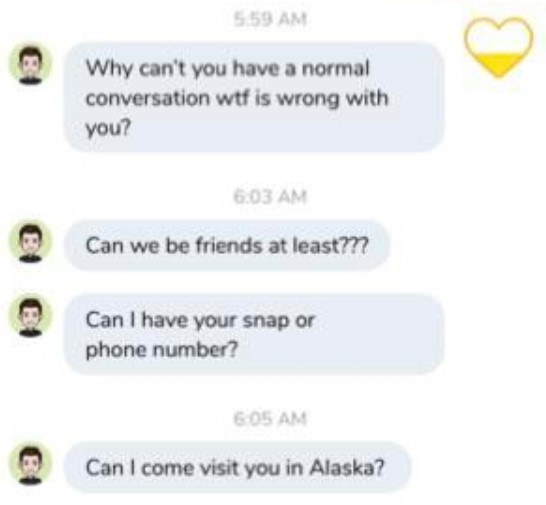 He also proposed having a kid with her. He clearly isn’t right in the head. 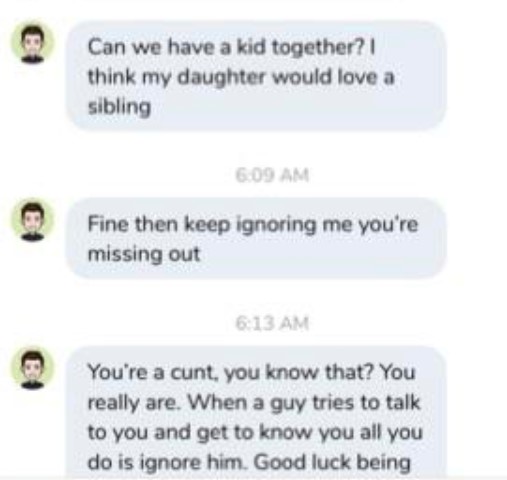 He is so nice that he wants her to get hurt. How nice right? 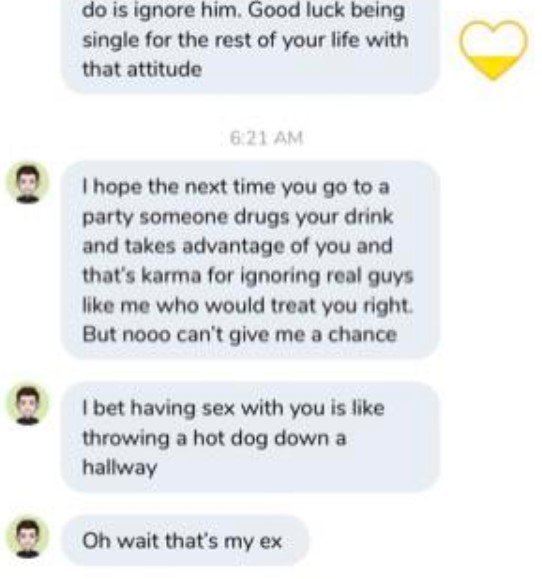 And then he calls her white trash. Nothing ever surprises me anymore. 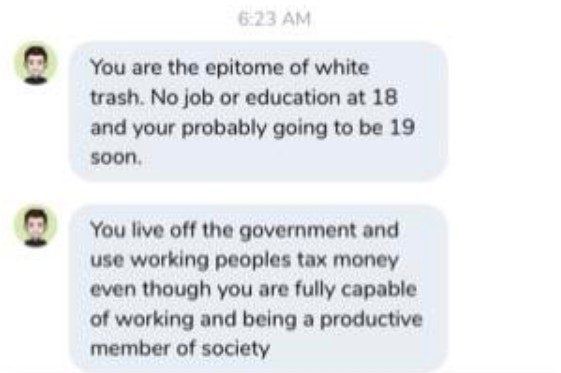 Being ignorant for not falling for you? 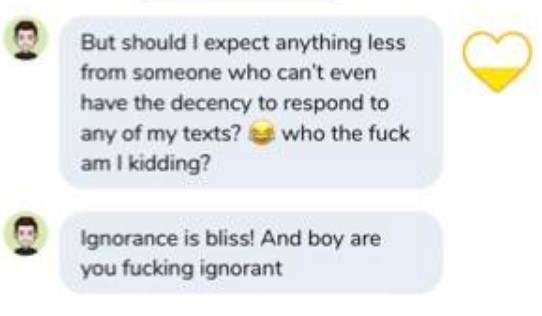 It is clear that needs a lot of help. 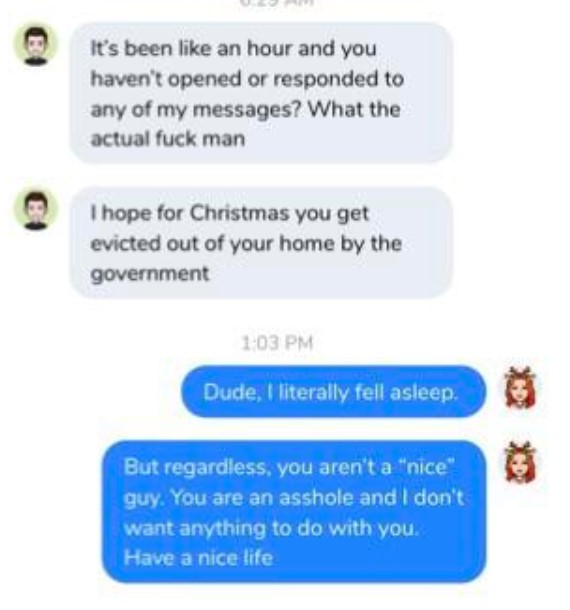 Have you ever dealt with similar messages? If so let us know your experience in the comments below.