If you think the wrath of a girlfriend is too much to handle, wait till you get married.

Trust me, you would rather walk barefoot on a bed of hot coal than have your wife unleash her wrath on you. Women usually come off as sensitive or nice, but you really do not want to get on their bad side. I don’t blame women though. Sometimes husbands really fail to do even the simplest of tasks and it just gets on your nerves. Having a husband is like having an overgrown, slow baby. You have to spell out everything for them only to later find out that they did it all wrong. It really does get frustrating to the point you have no choice but to lose control. Fear usually drives men to do the right thing.

This man shared a hilarious thread on Twitter with the rest of the world. His brother-in-law got into a lot of trouble with his wife. Apparently, the guy got tired of being sent to the shop every single day to get rice. So the wise guy decided to get a whole truck full of rice. This, of course, made his wife lose her sh*t. Scroll down below to read the whole story:

The guy showed up outside the home with an entire truck full of rice, and understandably, made his wife lose her sh*t. 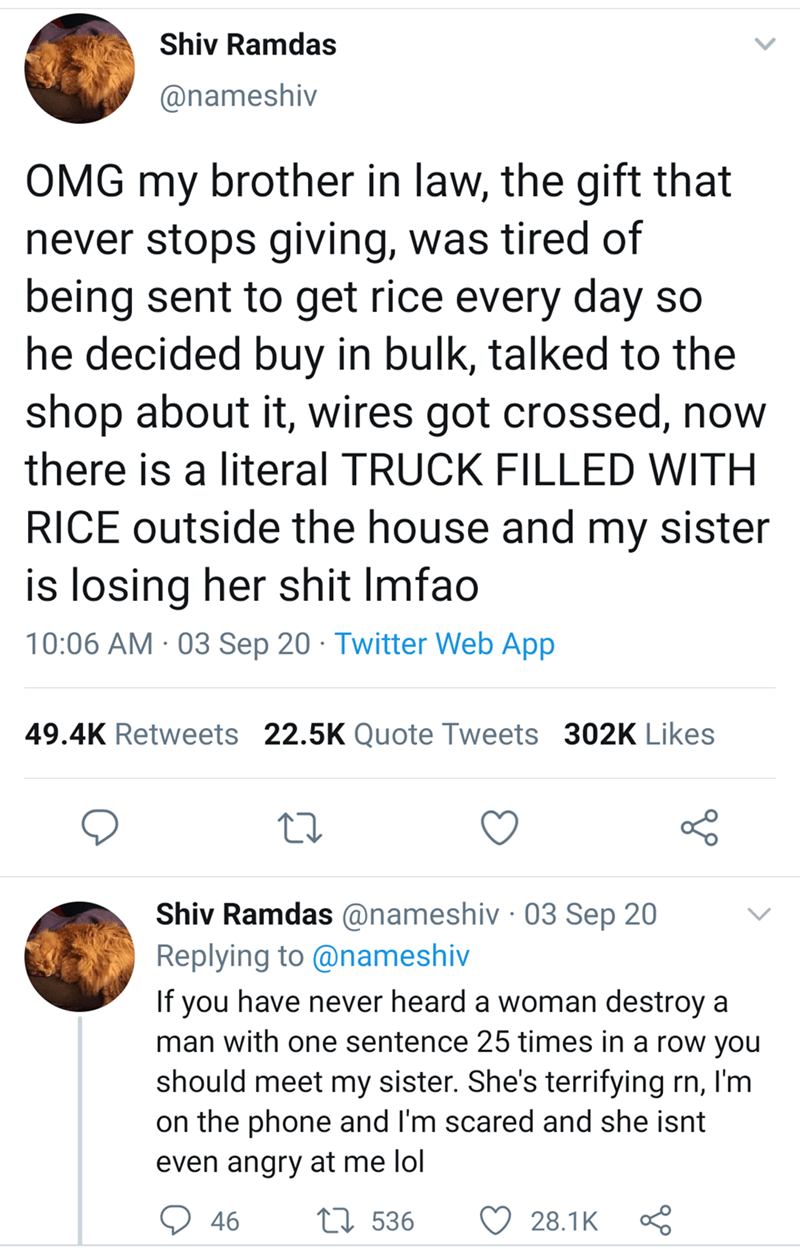 So this story takes place in India. Wives can be much scarier there if you piss them off. She wants the truck gone. 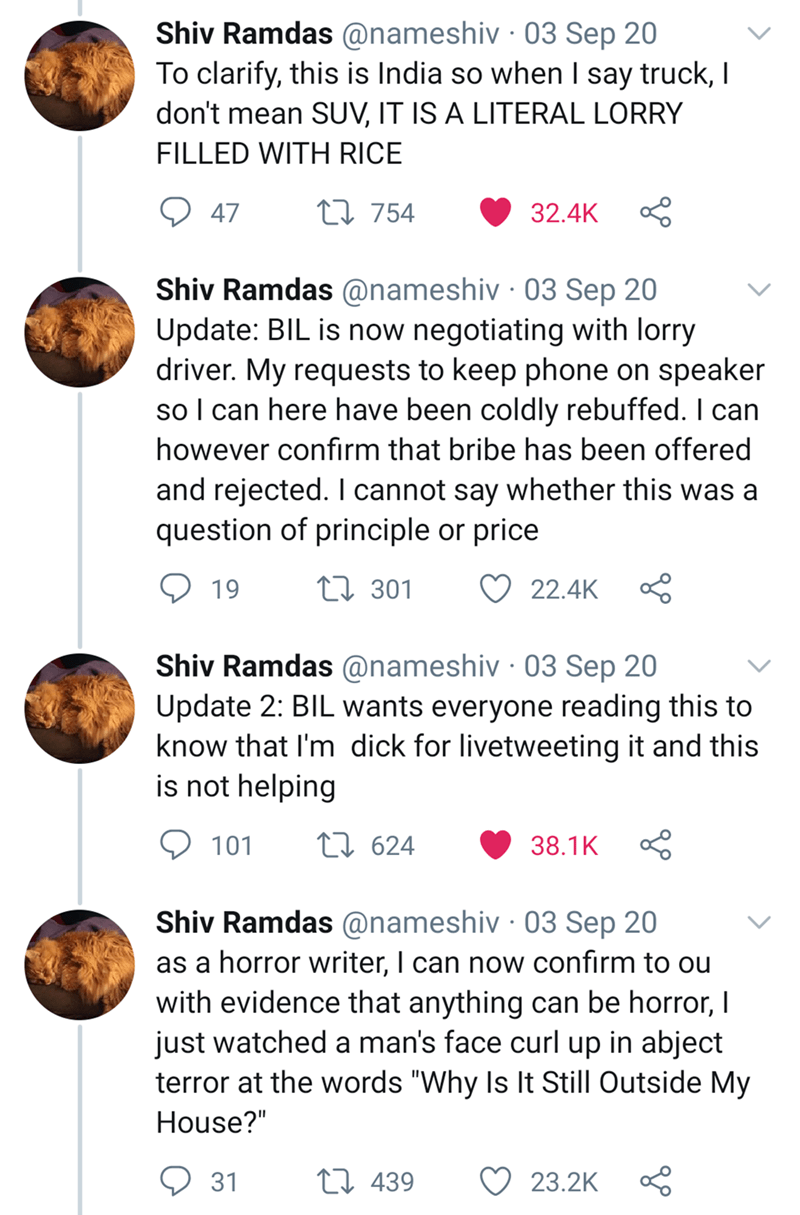 The guy tried negotiating with the driver but he needs to contact the warehouse owner, who is not picking up. 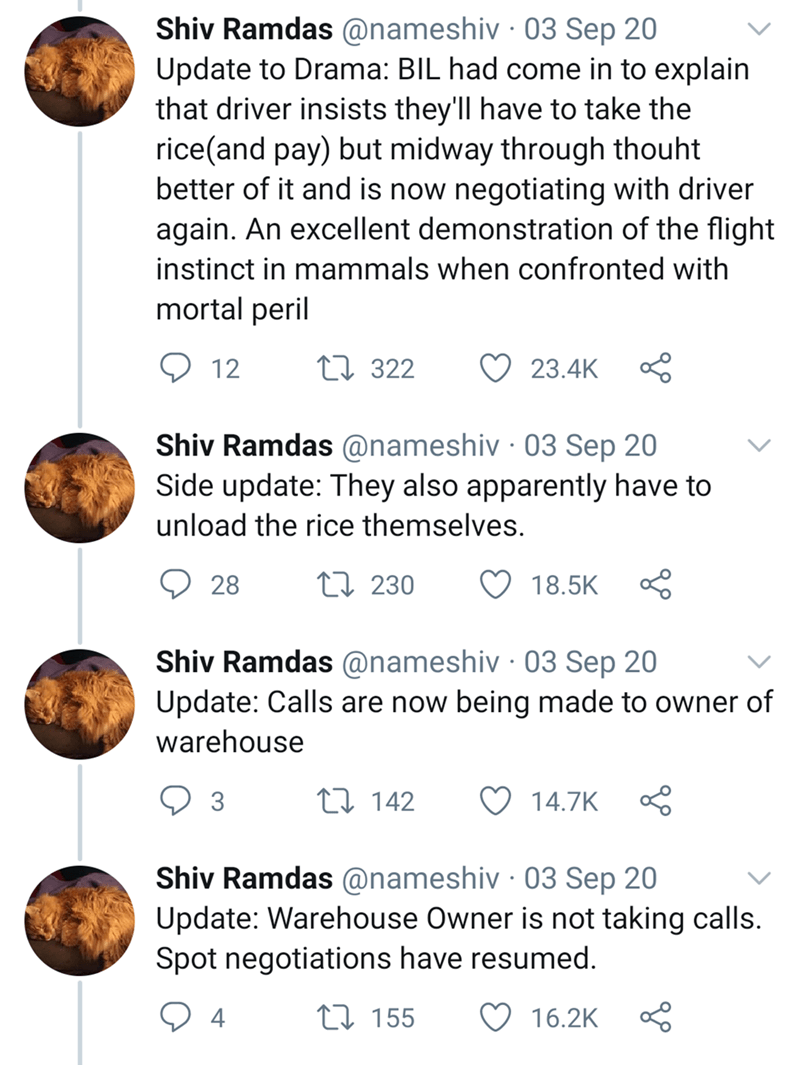 So now the guy is using other tactics to initiate a negotiation with the driver and his helper. He pulled out his pack of cigarettes and the driver accepted them. They are now talking while having a smoke break. 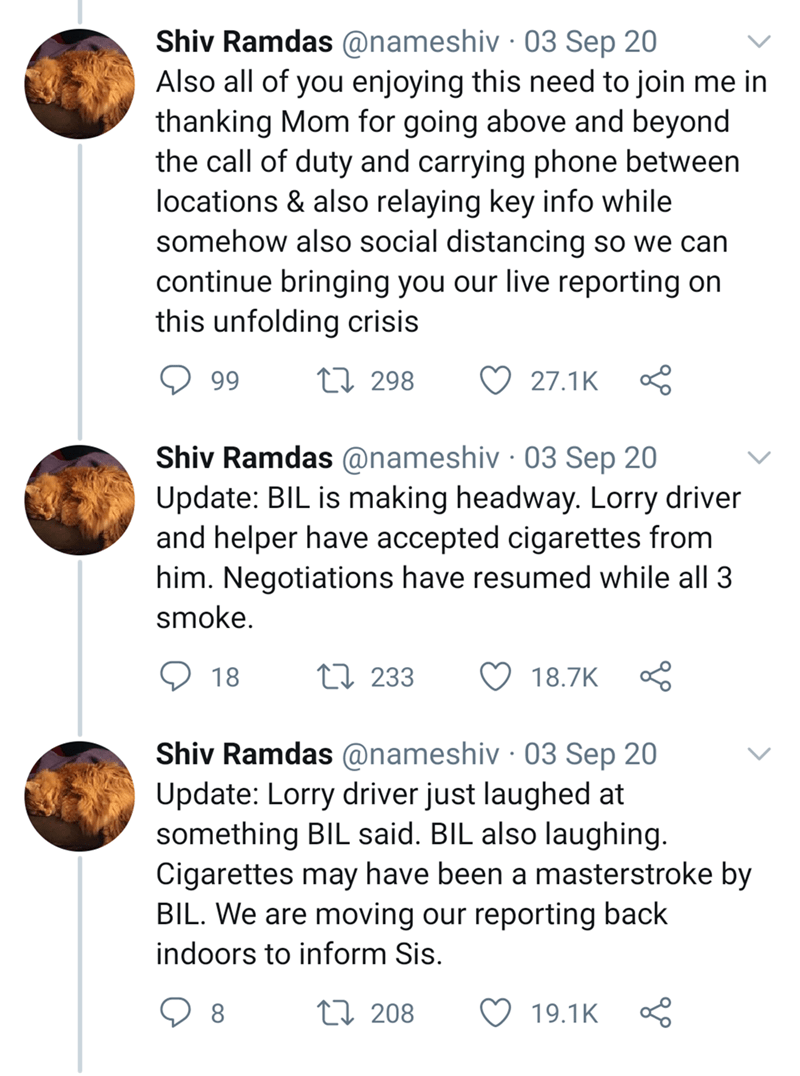 But the guy messed up even more by pulling out the cigarettes because he told his wife that he quit smoking last weekend. 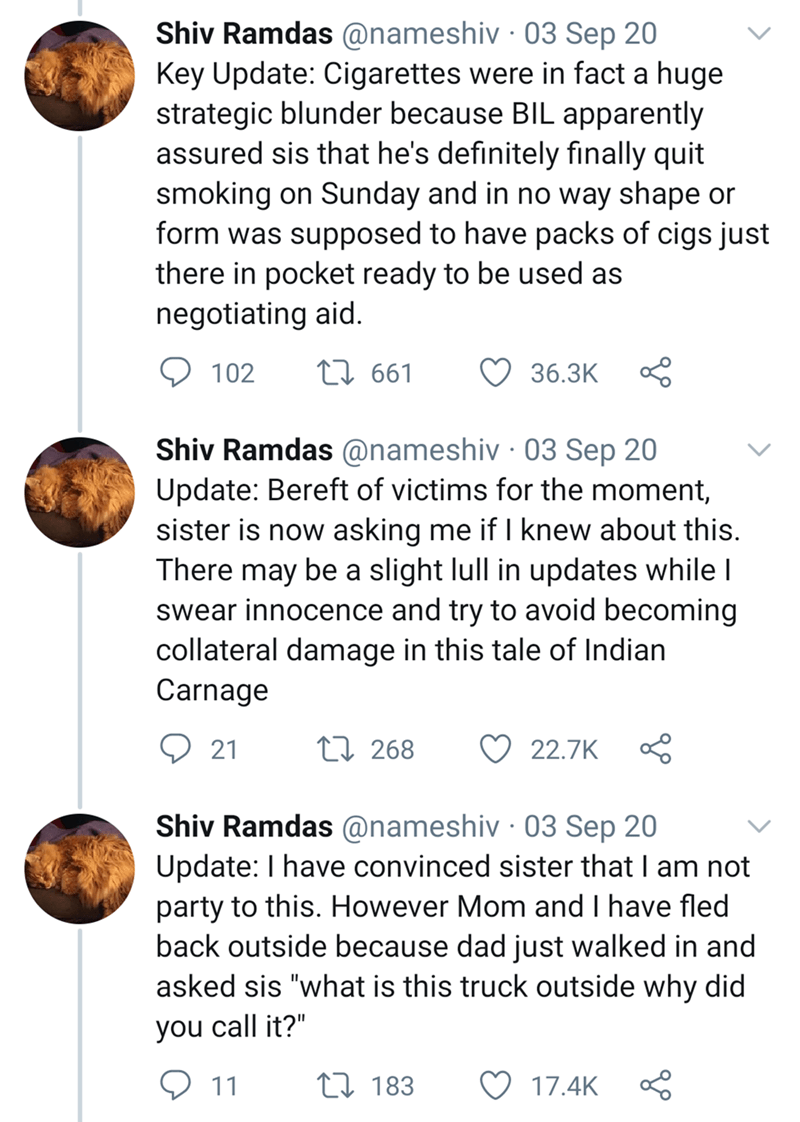 The warehouse owner was still was not responding, so someone asked them to call Manu, who is supposed to handle the matter now. 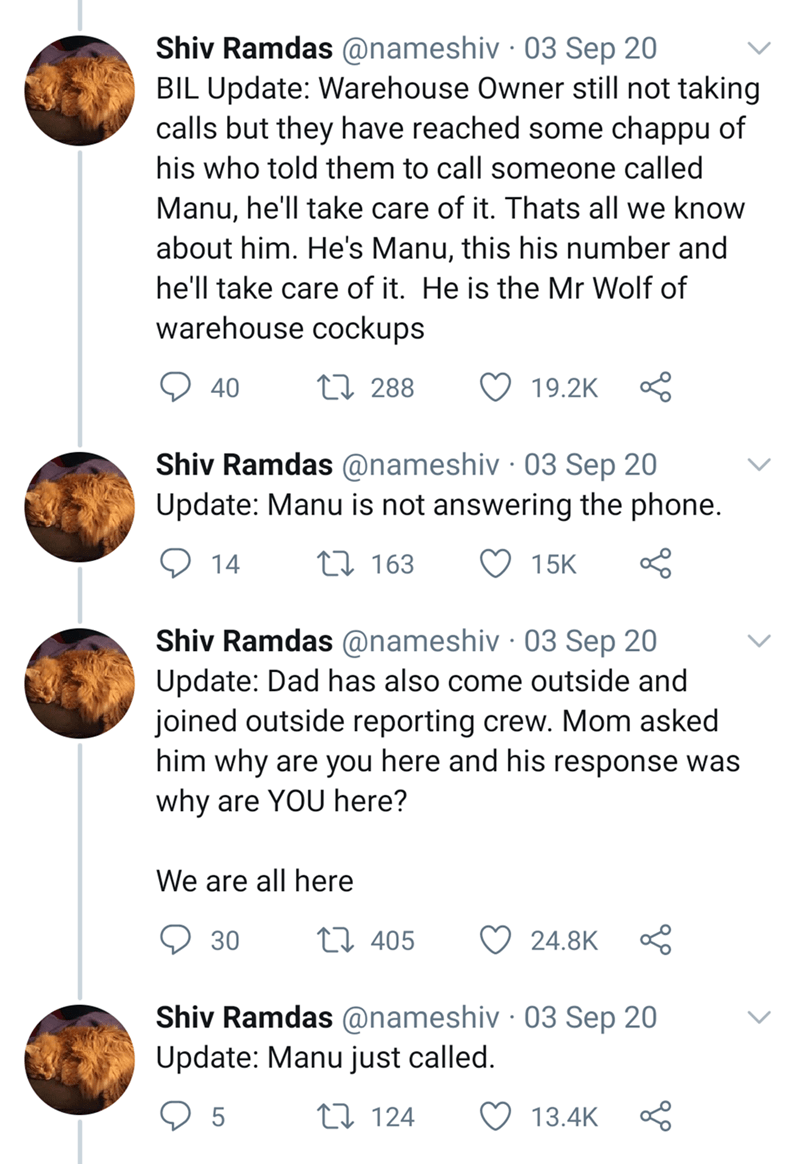 Manu is speaking to everyone one by one on call. 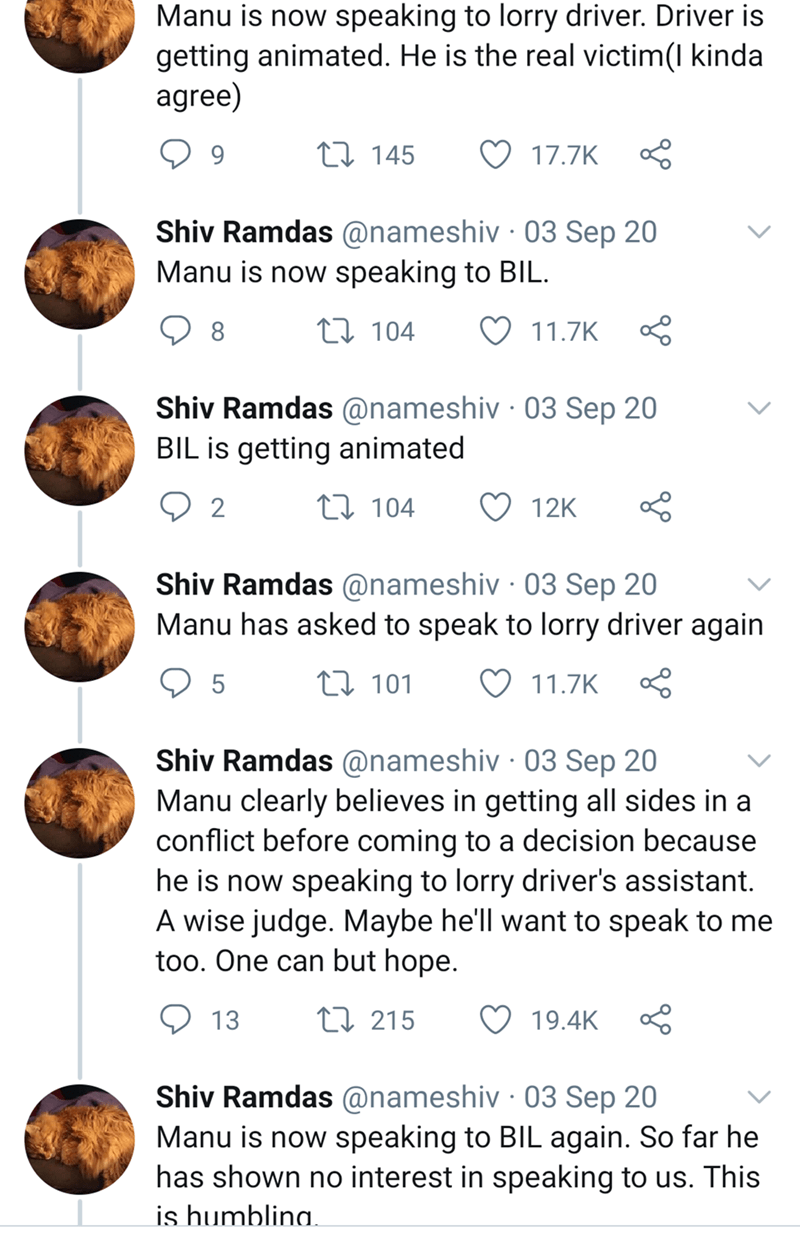 They could not come to an agreement over call so Manu decided to come over and sort the matter in person. 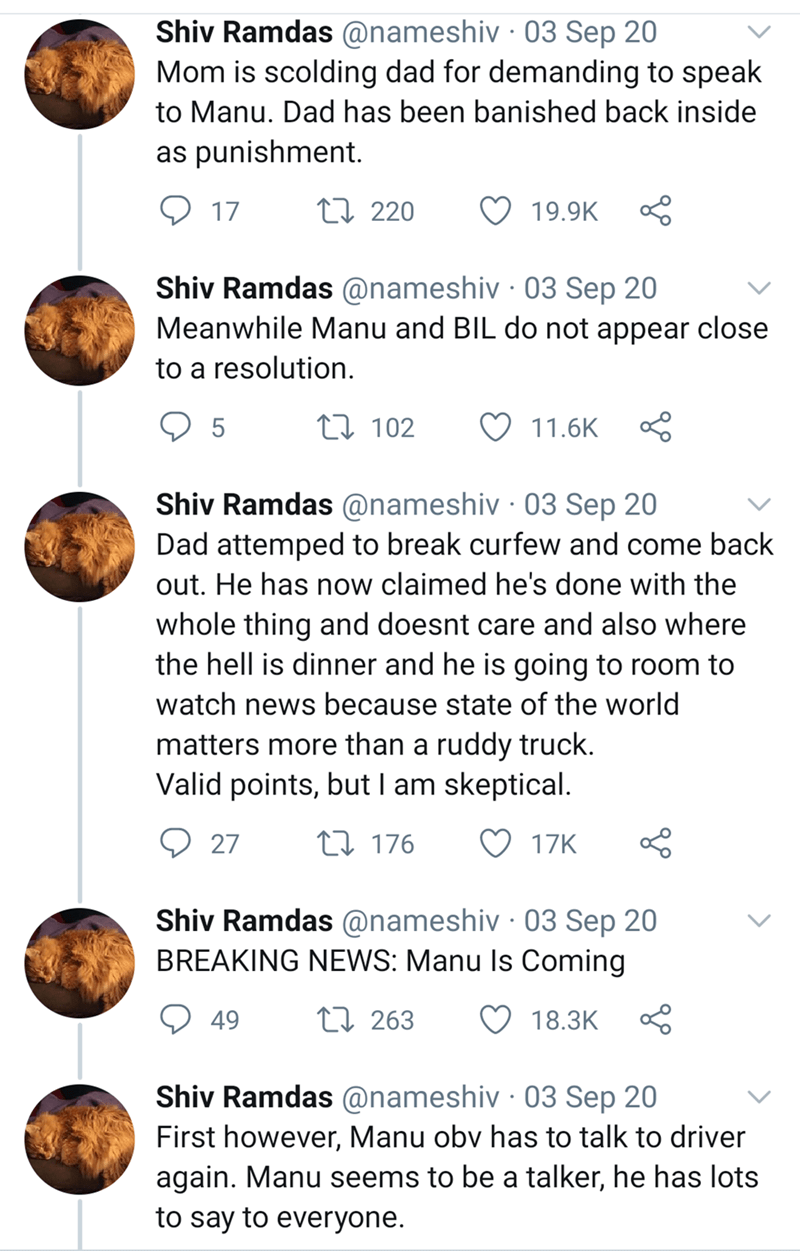 So now everyone is waiting for Manu to show up. 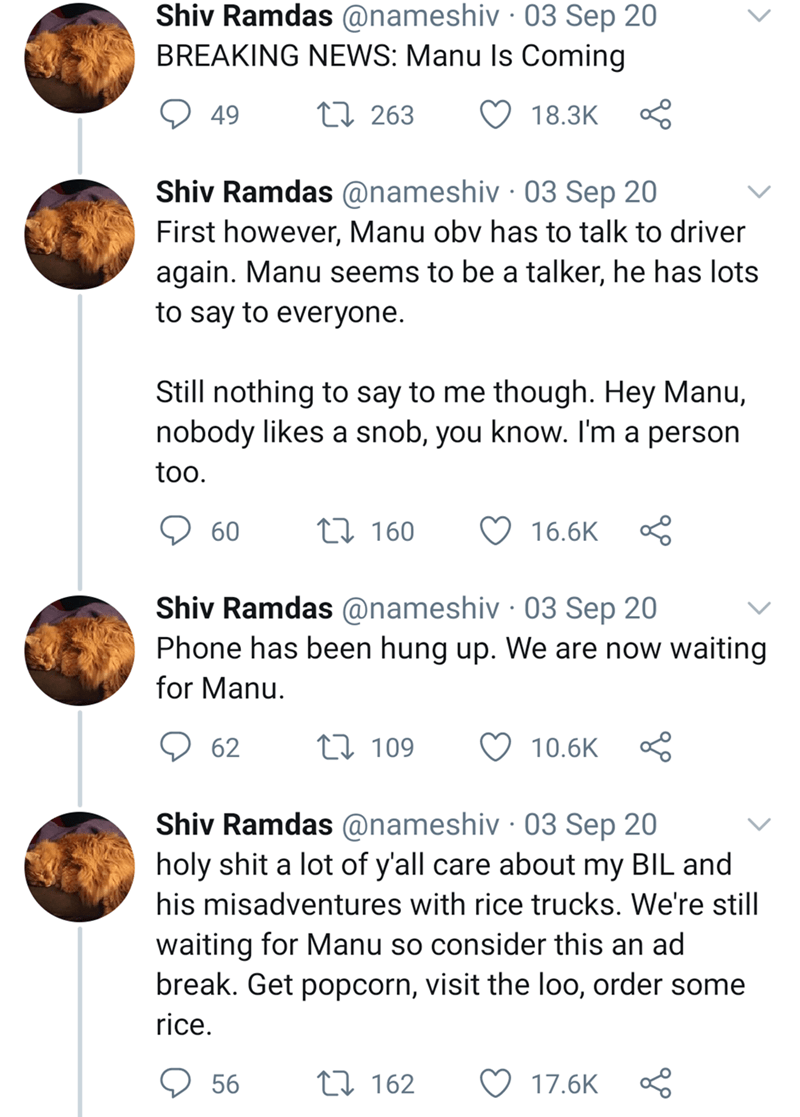 Meanwhile, the family goes inside to have food. No rice included. 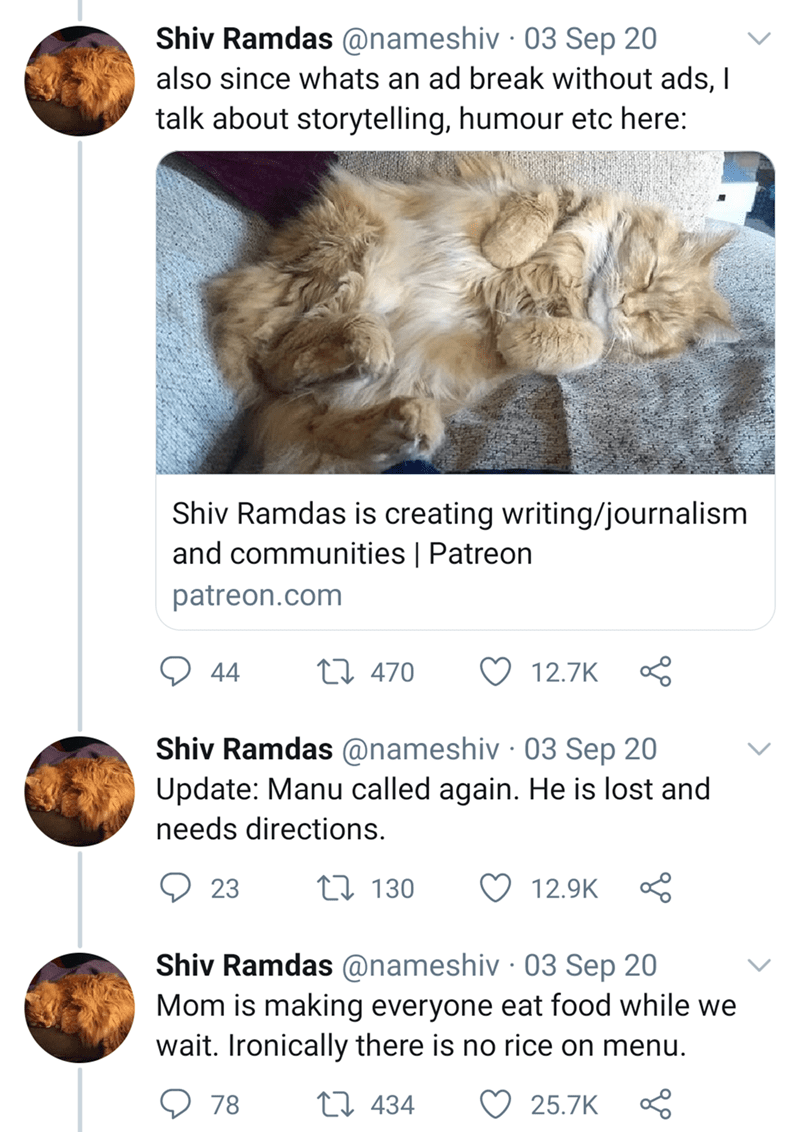 Manu seems like a normal guy. He is speaking to everyone and nodding a lot. 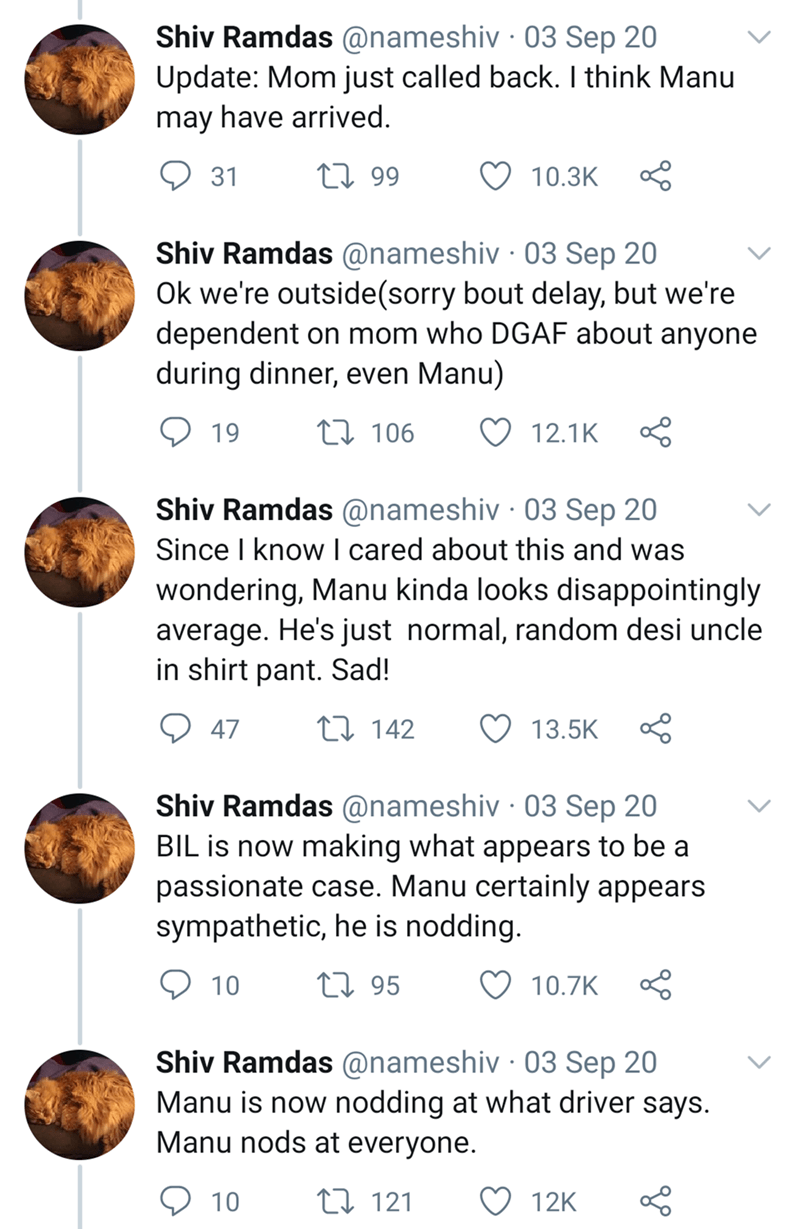 They bond over the fact that they are all married. 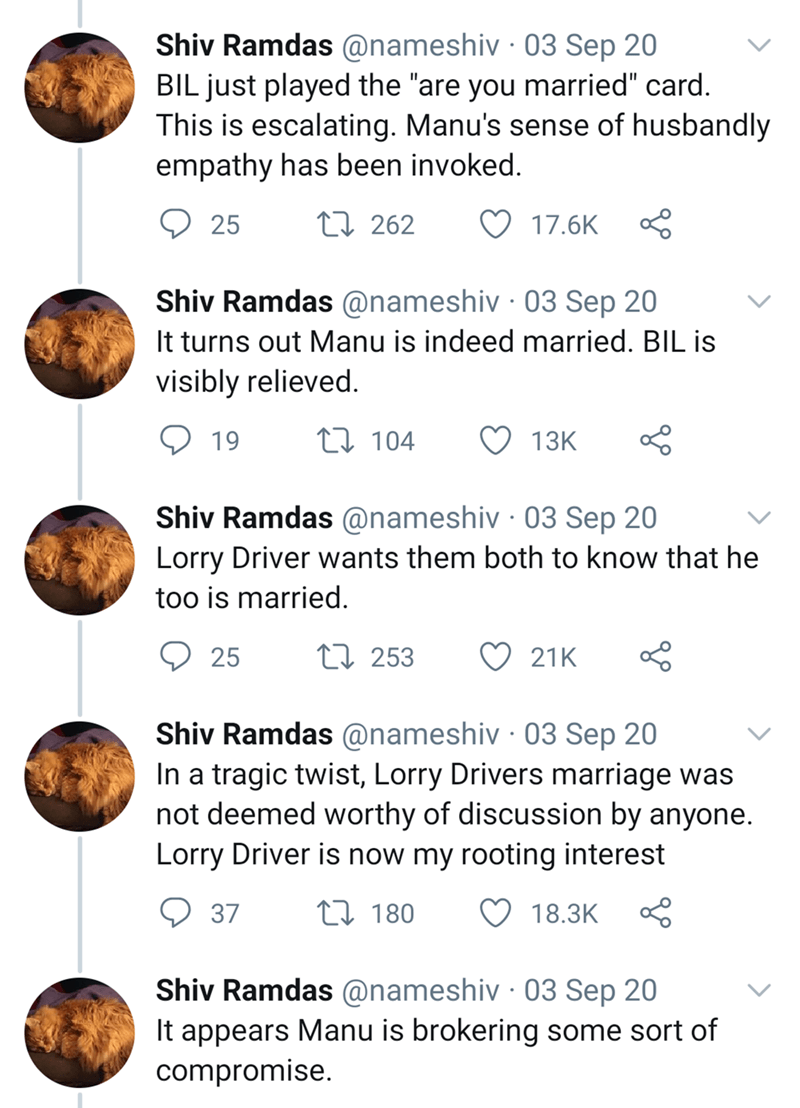 Now the guy is trying to bribe them with some alcohol. 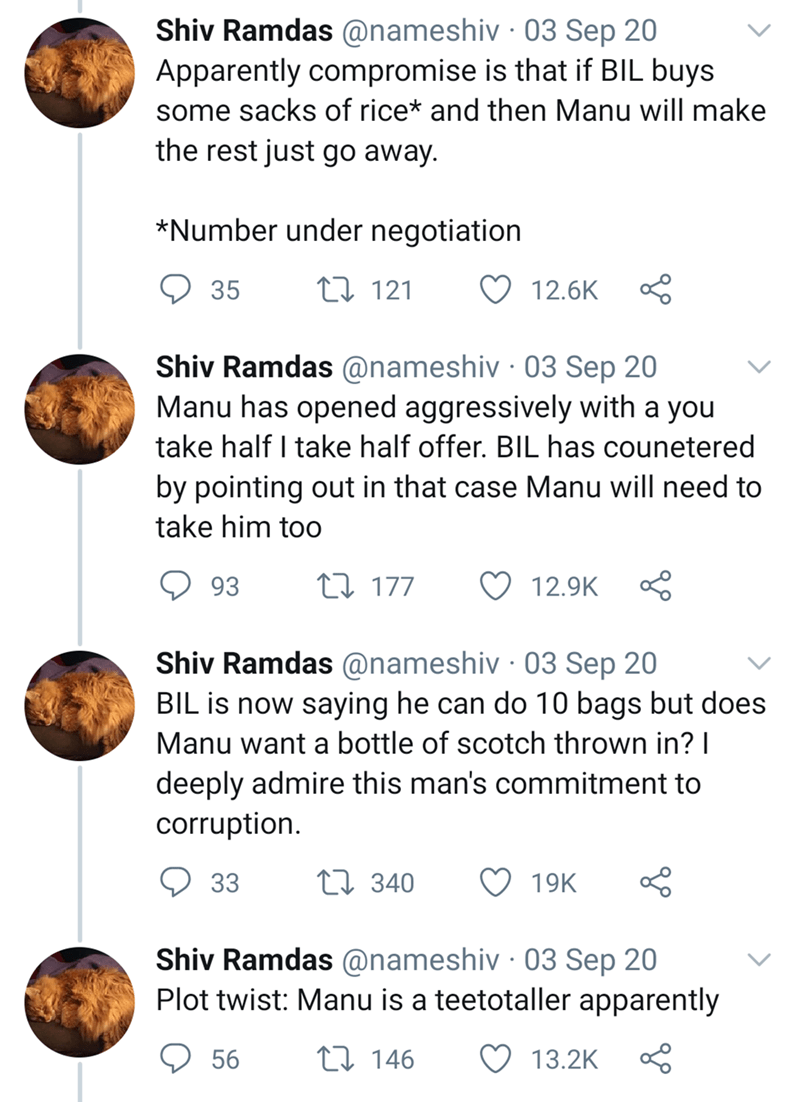 However, the lorry driver wants another bottle of whisky of his own. Rum would work too. 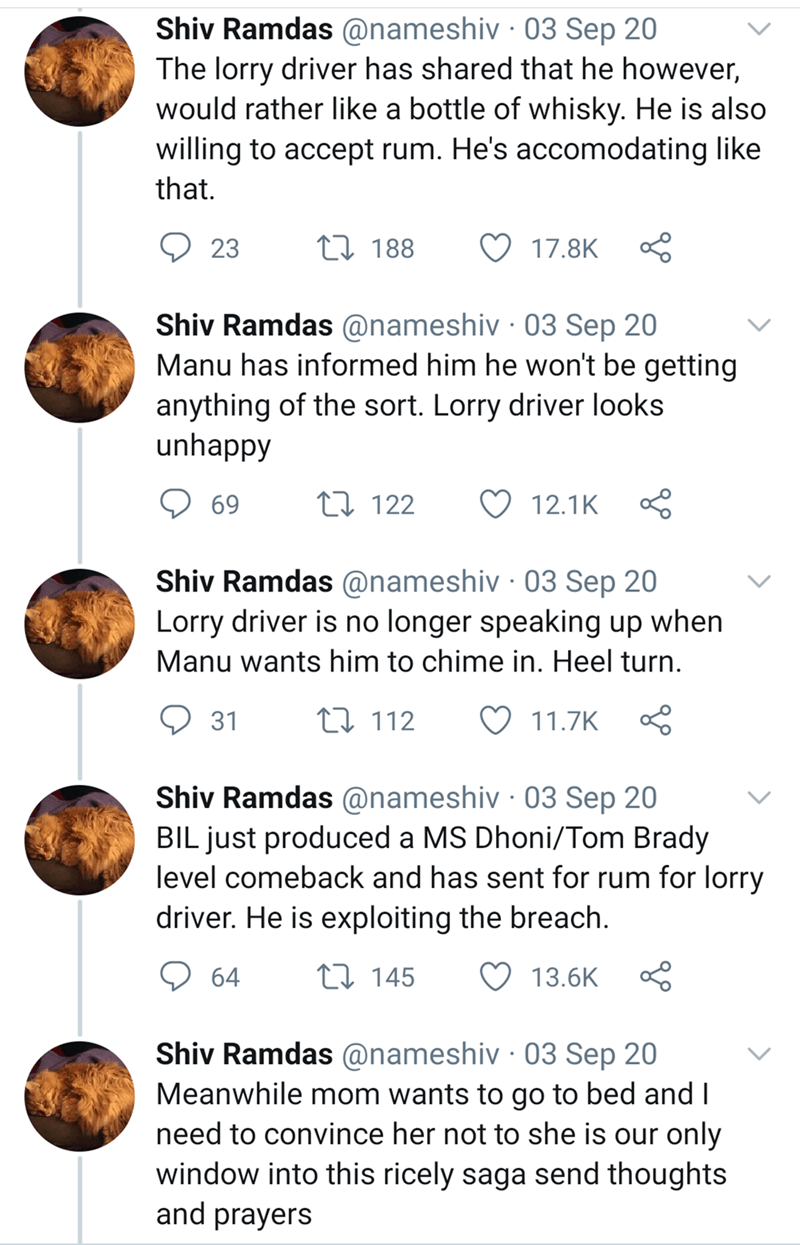 A neighboring uncle came to help out the guy but went back inside as he didn’t have his mask on. 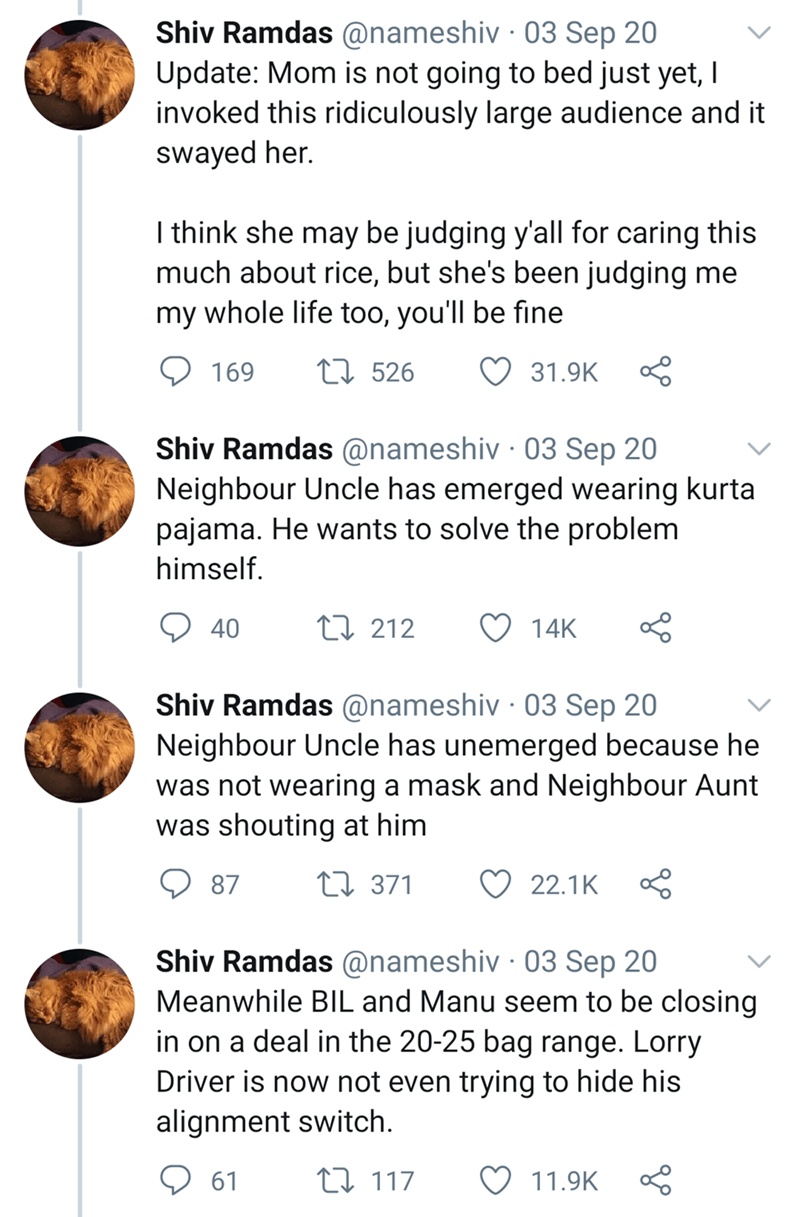 They have come to an agreement to split the bags and exchange some alcohol. However, now the real problem awaits. Who will unload the bags of rice? 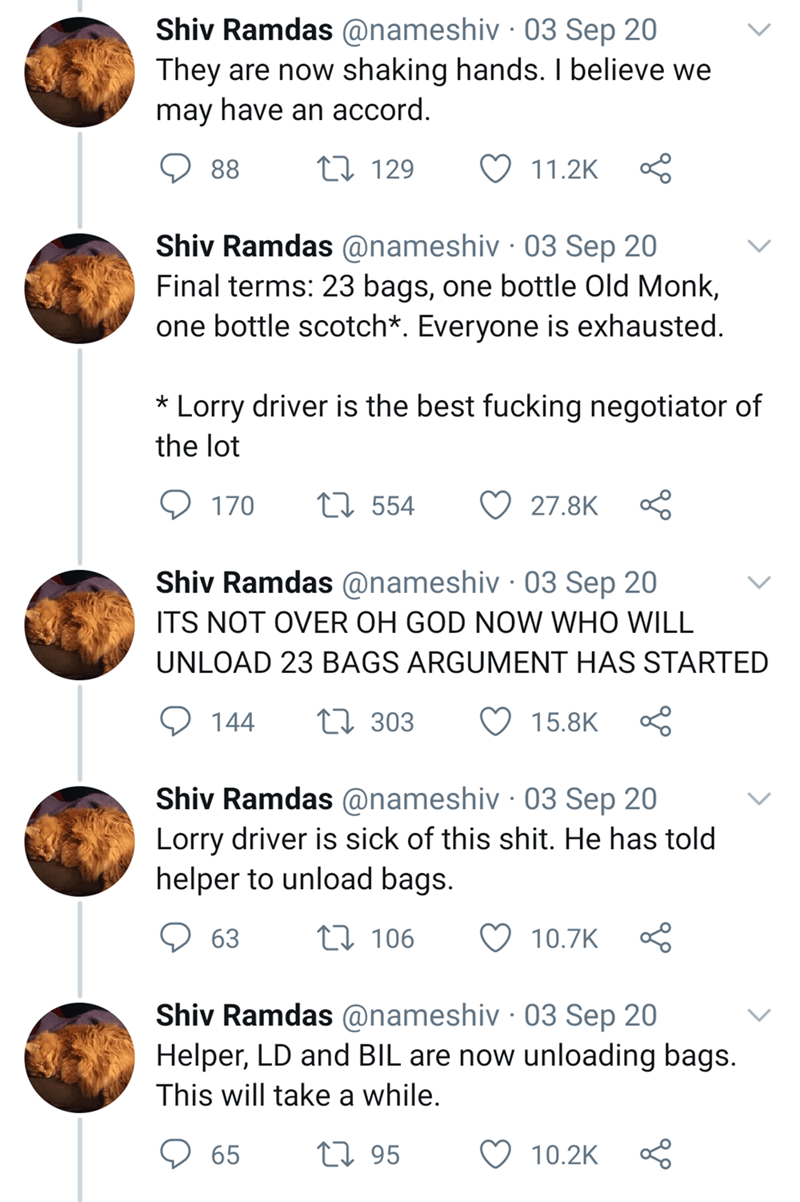 Manu left at this point, his work there was done. The others help unload the rice bags. Neighbour uncle came out and went back inside as soon as he was asked to help with unloading. 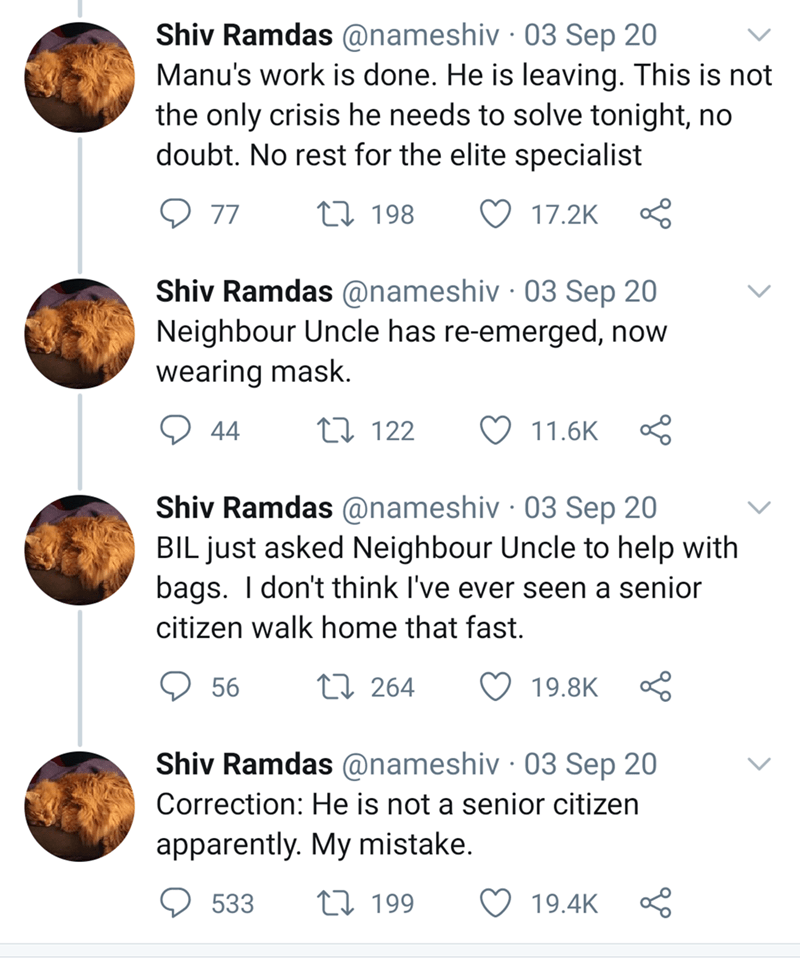 Did this story entertain you? What things have you done that made your wife unleash her wrath upon you? Share your stories with us in the comments below.