Subtle homophobia is a thing.

It is 2021, can people just accept the fact that two people of the same gender can fall in love? What really is so wrong with that? Is there a restriction on love? Why do people decide they get to choose who falls in love with who? It is a personal choice and should be left that way. However, there are some people who claim they really support the LGBTQ community, but then they show their subtle homophobia when it comes to actually show their support. This is more common in the boomer generation but even the newer generations do the same thing. People like that are hypocrites and should be called out for their two faces. It is not okay, no matter what excuse you give for it.

This Redditor shared his entire experience with his girlfriend not being comfortable with the guy’s two moms. She said she supported the gay community, but when it came to introducing his two moms to her family, she was a little reluctant. It escalated later. Scroll down below to read the whole story:

The 17-year-old had been dating his girlfriend for seven months.

The girlfriend’s parents wanted to meet the guy’s parents and his moms were okay with the meeting too.

Then her girlfriend revealed that her parents aren’t exactly homophobes, but it would make the situation uncomfortable if he brought both of his moms along.

He didn’t want to put his moms in such a situation and did not want to lie either.

So his girlfriend got mad at him when he refused to bring just one mom along.

He did not want to exclude any of his parents, but his friends kept saying he was wrong for not compromising.

Then he updated Reddit on the situation; They broke up.

The girlfriend said his parents weren’t a normal couple and kept talking and make it worse.

He turned the tables and asked her similar questions, then she finally admitted that it would be embarrassing for her parents to find out his parents were gay.

So he left her and hasn’t contacted any of his friends ever since.

He hasn’t told his parents why they broke up.

He is still very hurt from the experience.

The girl should have let him know from the first day that her parents were homophobic. This relationship wouldn’t have gotten them anywhere. She just gave him false hope and backed out when it was time to take a step further. The guy isn’t wrong for defending his parents. The girl is clearly in the wrong here. 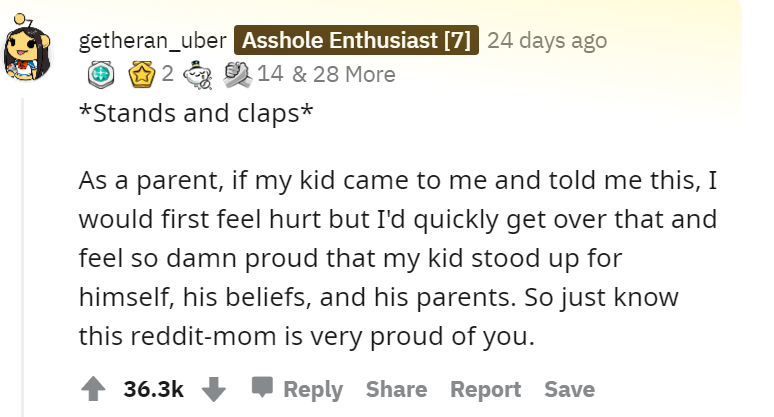 He handled the situation very maturely.

If she had acted maturely too, they would have worked out. 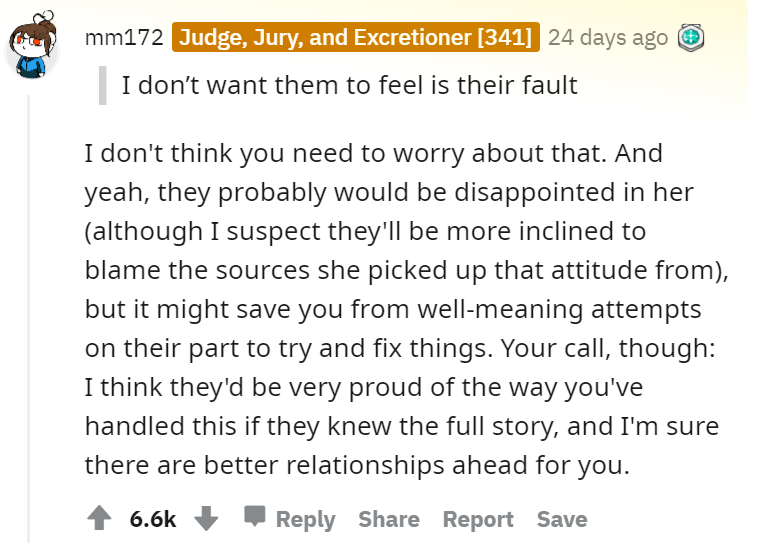 The guy didn’t want any of his moms to feel guilty. 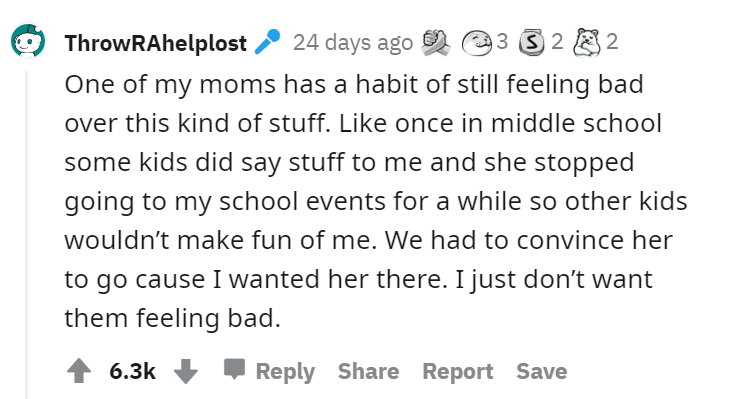 He is very witty for his age.

He tried to teach her by reversing the roles, but she wasn’t ready to learn.

Do you think homophobia will ever end? Was the girl wrong for doing all this? Share your opinions with us in the comments below.