Everyone deserves to reap the rewards of their hard work.

If you have been working at your family business your whole life and have even studied a subject which aligns with that particular business. I would say it is because you expect to take it over one day. After all, most parents leave their family business to their kids, so it can thrive and so on. However, that is not what happened with this father son duo. You see, the Father decided to leave the business to his wife which is not the son’s biological mother, and he doesn’t even get along with her.

The reasoning behind this? He wanted to take care of his wife, but he didn’t realize that he was neglecting his son. Understandably the son was quite furious when he heard this and quit his managerial job the next day. But it doesn’t end there. He decided to open his own business and by the sounds of it, it is going pretty well. However, rather than being proud of his son for taking initiative, the father is angry since his business is not doing so well any more.

This guy clearly cares for the business and wants it to be successful. 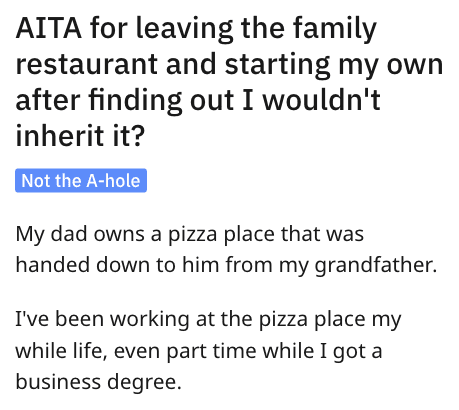 However, things quickly went right out of the window when he learned he wasn’t going to inherit it. 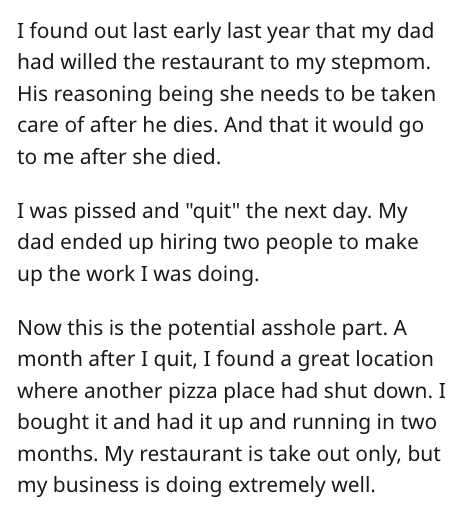 He basically sacrificed his whole life towards this goal and got nothing in return. 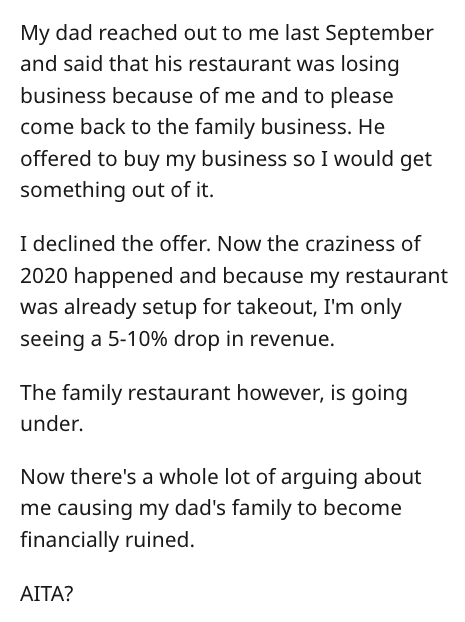 The guy made a wise decision and decided to open up his own place. 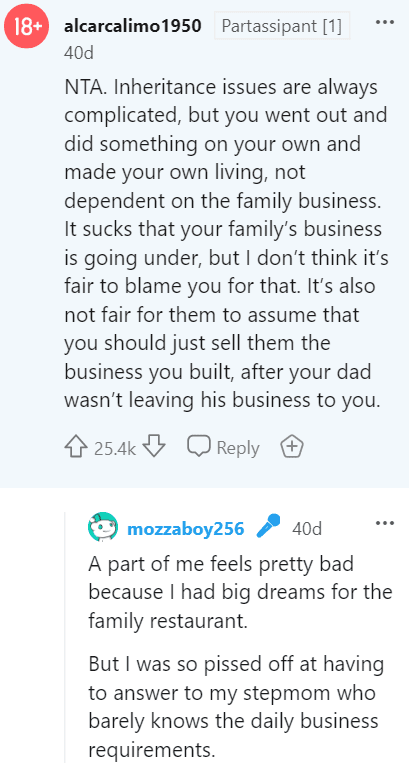 Can I just jump on here to say, has no one made the correlation that OP was what was good for that family business? OP leaves, family business doesn’t do so well. OP sets up their own business, and it’s an almost overnight success.

Seems like OP was running things before and even two people haven’t been able to match the work they achieved. Sounds like OP’s Dad got a shotgun and shot himself in both feet to me. NTA. –Kvothe_XIX

After all, he can’t wait on an income that may never come. 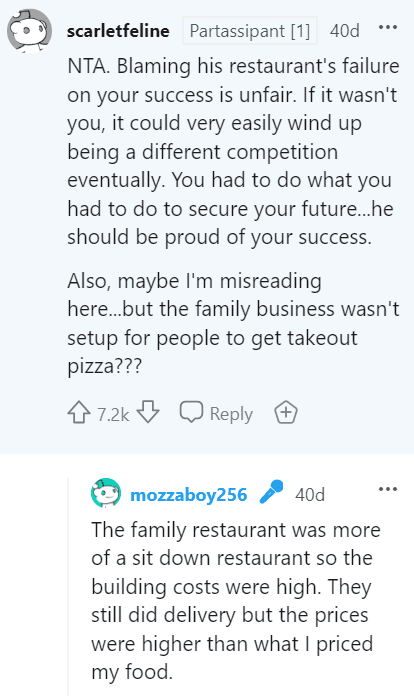 It is clear that the step-mother will run that business into the ground. 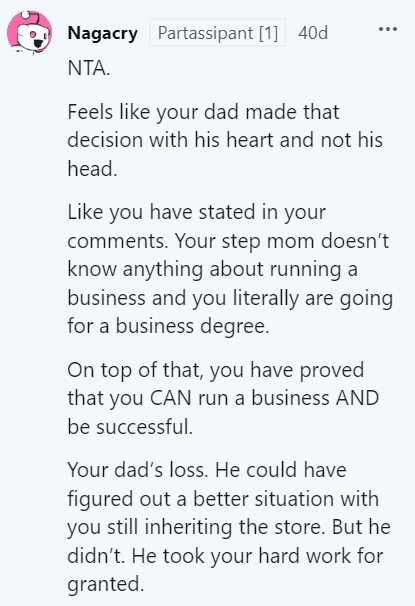 The guy doesn’t get along with the step-mom however. 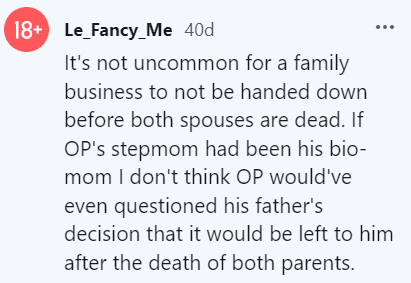 They both made their choices, and now they get to live with it. 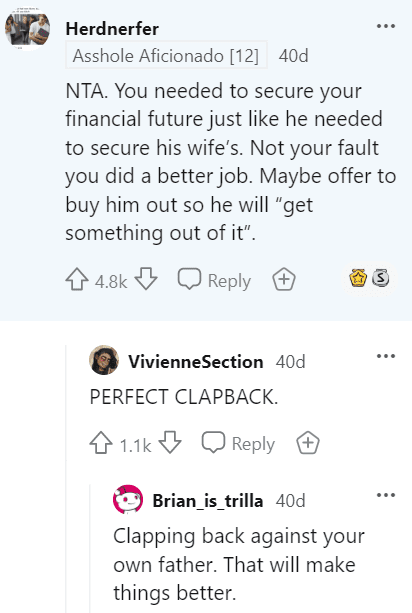 I think this is the best route, but not out of spite, but compassion. He could then leave the money you paid him in a trust for your stepmother while you get to realize your dreams with the business you grew up growing.

It’s a backwards way of getting there, but this is how it should’ve been modelled at the beginning. Don’t give her control over the business, she doesn’t need that. Give her financial security, that is what she needs. –jmonty11b

The father should be proud of his son. 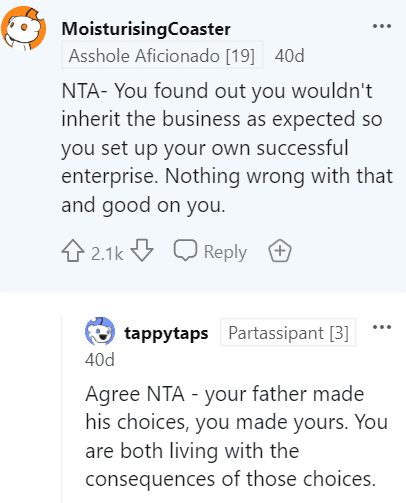 That is the sensible thing to do in this sort of situation. 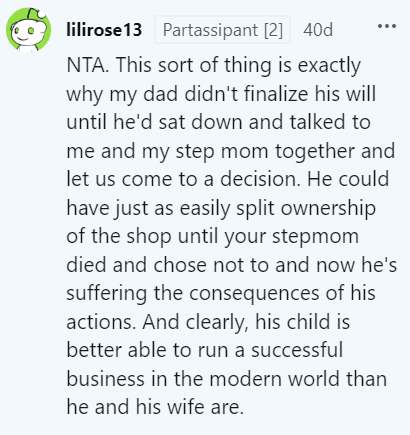 It is not at all his sons fault. 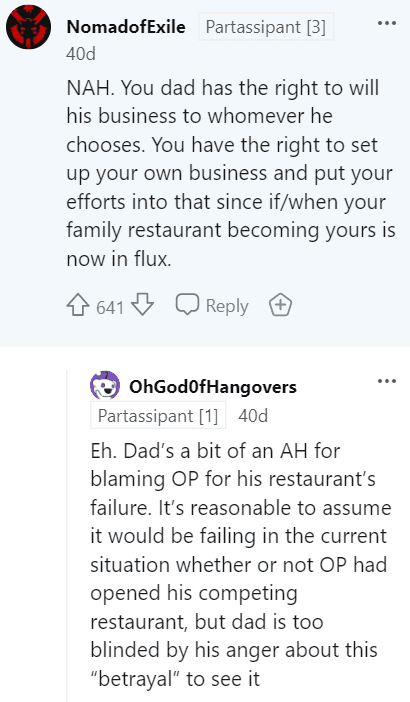 How can the father be sure that she will leave it to him? 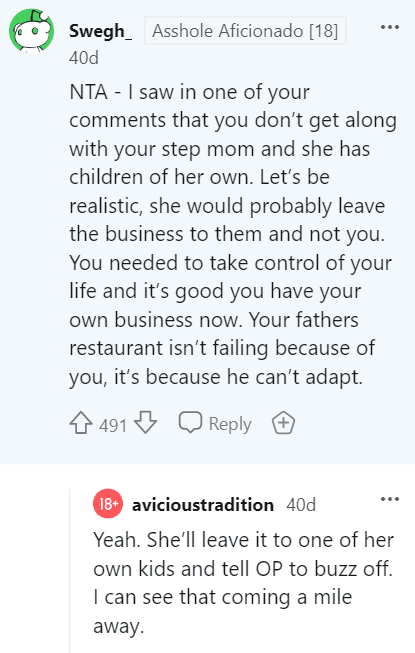 He didn’t cause the pandemic so why be angry with him? 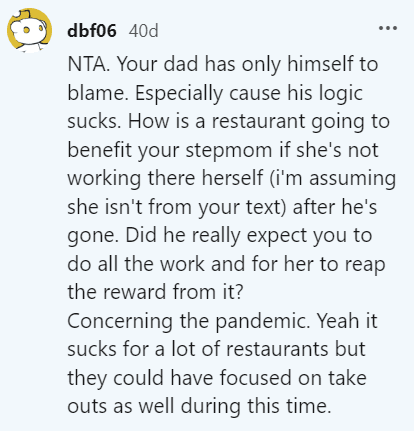 He needs to take care of his own family now. 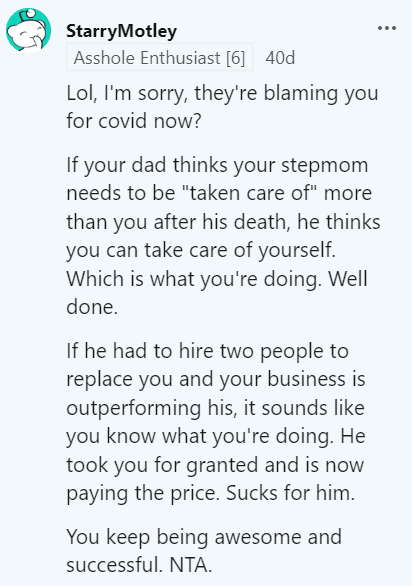 What will he even get out of it? Nothing. 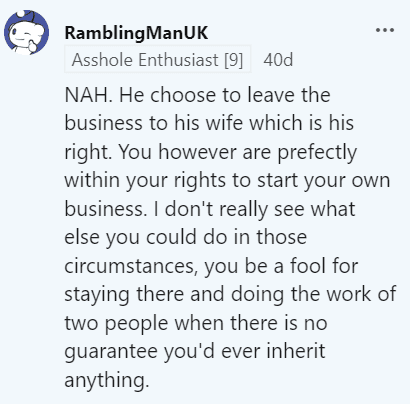 It might have been fast, but it was the right decision. 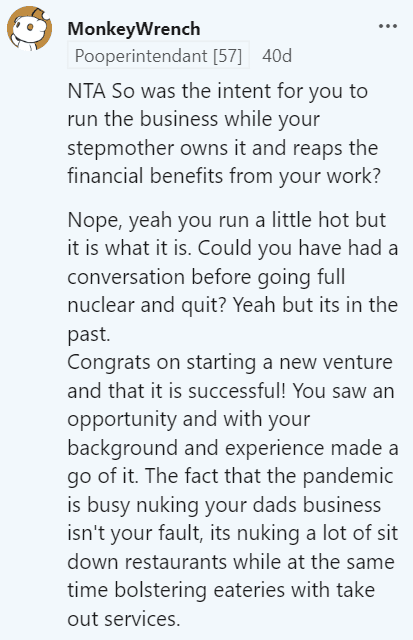 OP’s dad and dad’s family has no right to blame him for their financial ruin. To be entirely honest, he made a shit decision that not only left the future of the restaurant to an incompetent owner, but drove away the only person who could run the restaurant well once he was gone. HE is to blame for his own financial ruin. Not OP.

He can leave it to whomever he wants, but he and his family is the assholes for blaming the outcome of his bad decision on OP. NTA.

EDIT: He also took and is still taking OP for granted, expecting him to continue working as an EMPLOYEE at the restaurant indefinitely (AKA DEAD END JOB). Obviously he will not receive the compensation and satisfaction that being the owner will give him. And expecting let alone asking him to, in addition to everything else he has already done is quite literally saying to OP that he doesn’t give a shit about his ambitions and future. –Eindgel

The father should have thought about this beforehand. 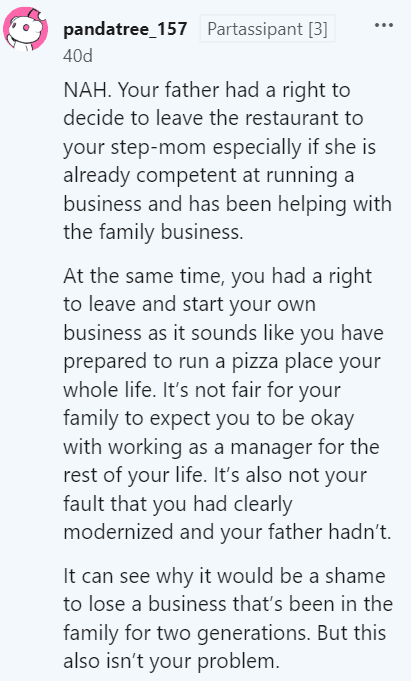 We will see when the future comes, won’t we? 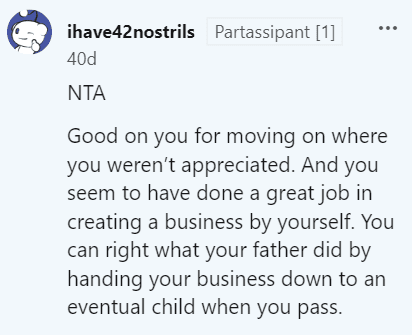 Do you think he did the right thing by venturing out and starting his own business? Comment down below and let us know.