The roommate should have seen this coming.

While I have never lived with a roommate much preferring to spend my time alone. I can attest to the fact that the time I have spent with other people has been complete torture. Even if the roommate is nice, I’ve heard countless stories of grievances that people who live together have with each other.

Now, If you add the fact that one person has a complete disregard of other people’s belongings, you’re just adding fuel to the fire. After all, nobody likes it when their food gets stolen and when the other person doesn’t even own up to it. This is what happened with this guy.

His roommate kept stealing his food whenever he wasn’t home so he decided to set up an ingenious trap for the guy.

I think the title explains the premise quite well.

Living together with people is hard enough and dealing with an annoying roommate is a cherry on top. 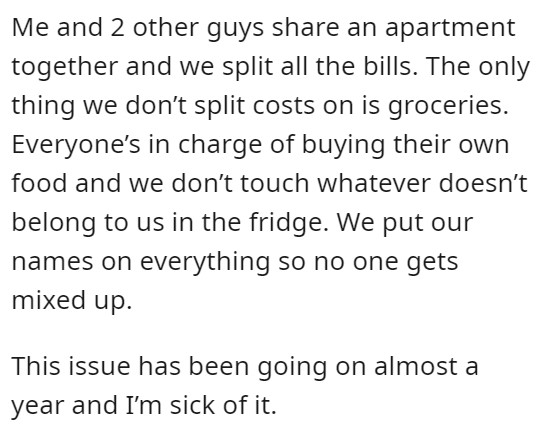 I mean almond milk does taste pretty good If I say so myself. 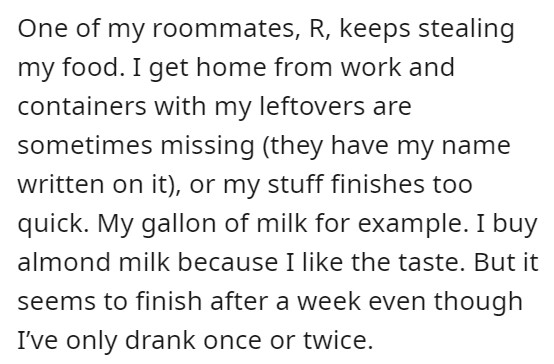 Even though it was clear he was stealing he didn’t have the guts to own up to it. 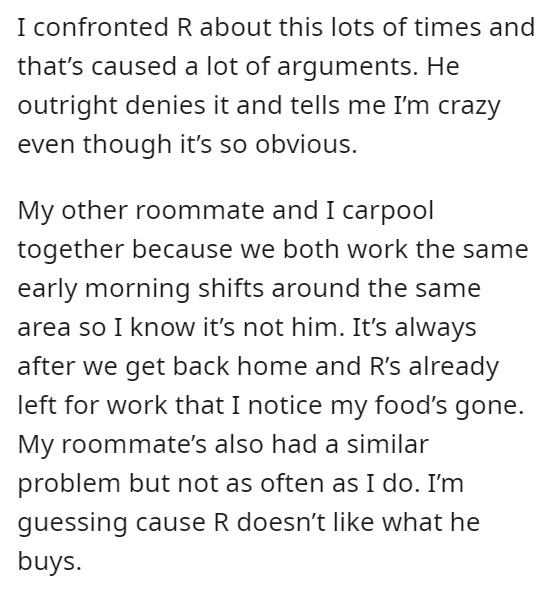 So this guy got tired of the lying and decided to do something. 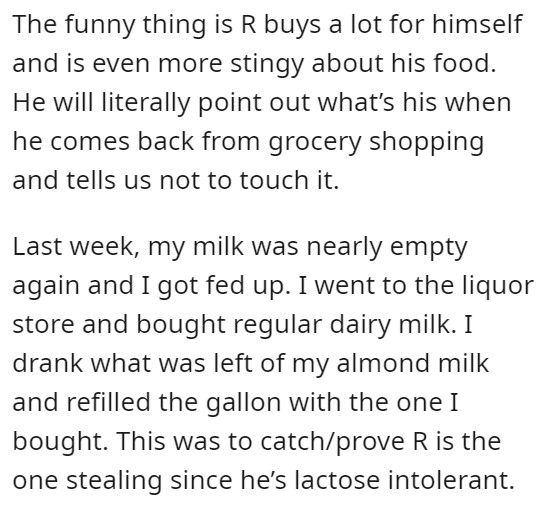 I am somewhat sensitive to dairy products myself and let’s just say it is not pleasant. So I can already know what havoc this change of milk might have caused on this guy’s stomach. However, it isn’t like he didn’t have it coming.

And this is how he was caught red-handed. 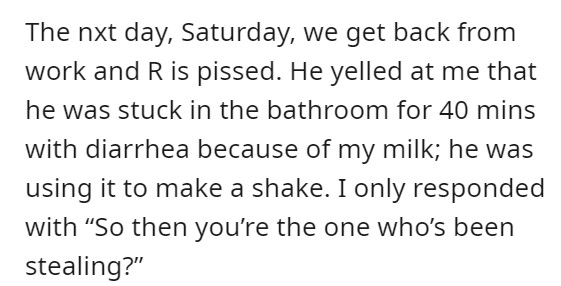 Rather than accepting his mistake, he got mad at the poster. 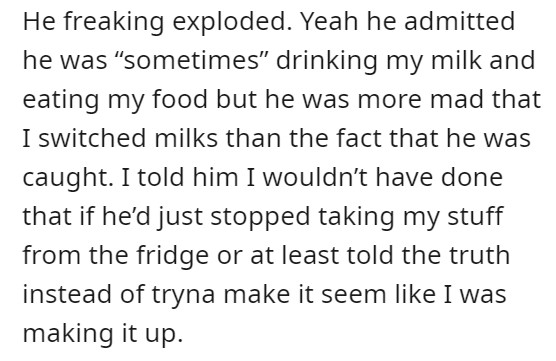 My sister did something similar. She’s a fan of spicy food so she always has some spicy salsa around to add to every food. We had a friend who always invited people and used our things and my sister’s salsa but denied it.

One day my sister diluted the salsa content with garlic, oil and vinegar, they stopped. –imnotmaria

He is even trying to get him to move out but that is clearly not going to work. 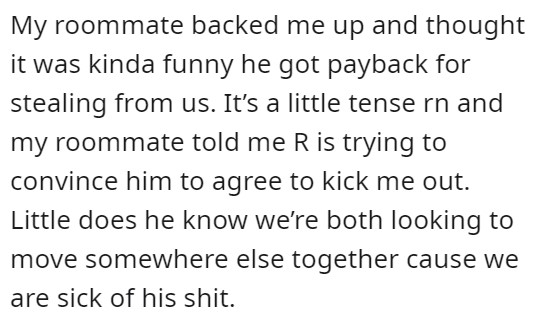 I don’t know who you’re friends are but they ave never been more wrong.

Exactly, if it was a serious allergy then he might have been wrong to do that. 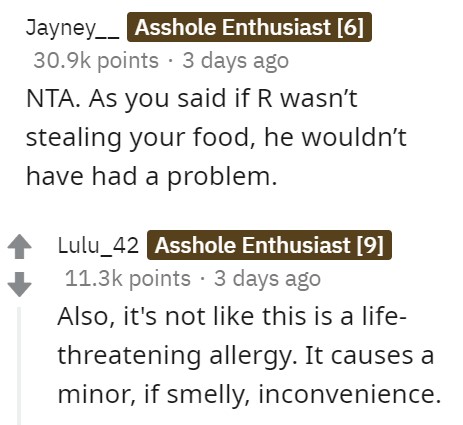 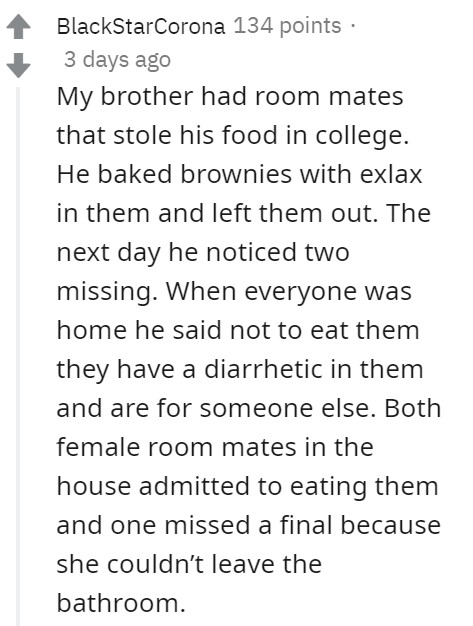 If he wanted to eat your stuff, he should have asked and reimbursed you for it. 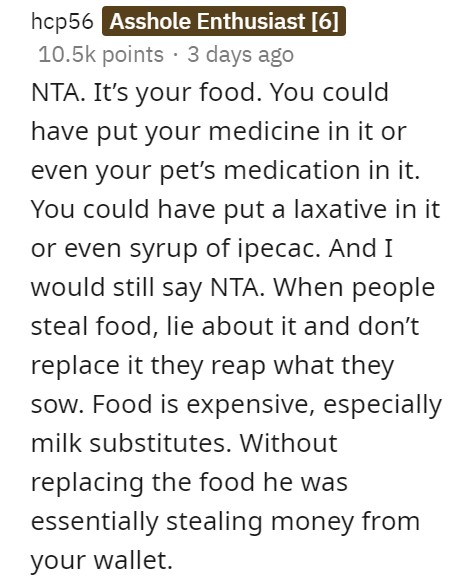 Have you ever done something similar to your roommate? Or do you guys get along well? Comment down below and let us know. Don’t forget to share so others can comment on their stories as well!