If only he had listened.

We already know that managers love to go on a power trip. It seems that it hasn’t changed in many years and is still happening today. Maybe it is the position that turns them this way? Whatever the reason may be, it never turns out as well as they hope. There is a reason a manager hires other workers. After all, a person cant know everything. And there is no shame in asking for help.

It doesn’t make you incompetent. But this guy didn’t think this way. Because you see even though the computers and the machines attached to them were IT people’s responsibility, he didn’t want anyone meddling in his ‘business’. So whenever he was asked something about backups and such, he would just blow them off. But this cannot go on forever. So it finally came to head one day when the computers crashed.

You can read all the details of this story by scrolling below.

This may not be very exciting information, but it plays a pivotal role in the story to come. 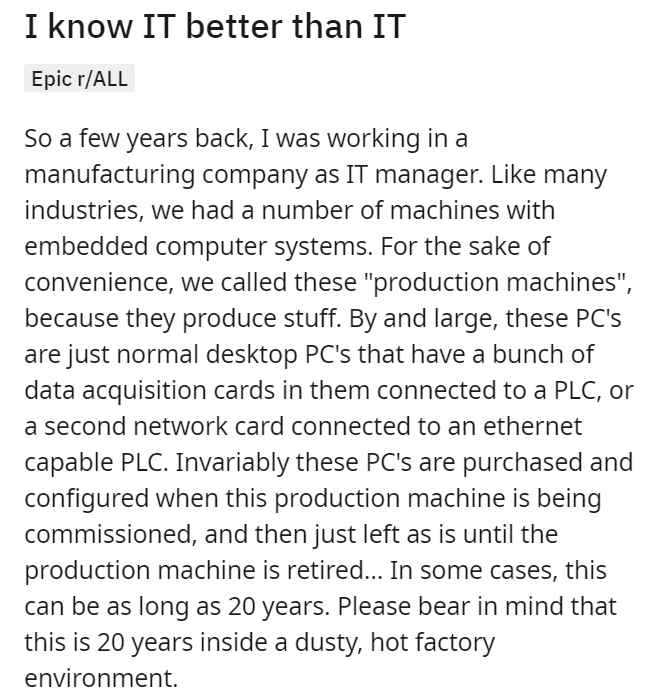 Simply put, this guy knew what he was doing, but the manager didn’t like that. 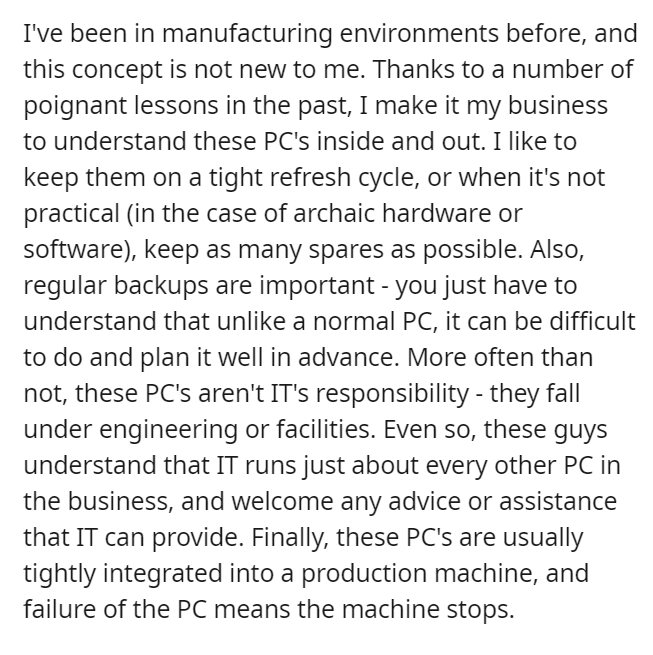 It’s not as if he had to spend his own money. Why be so stingy? 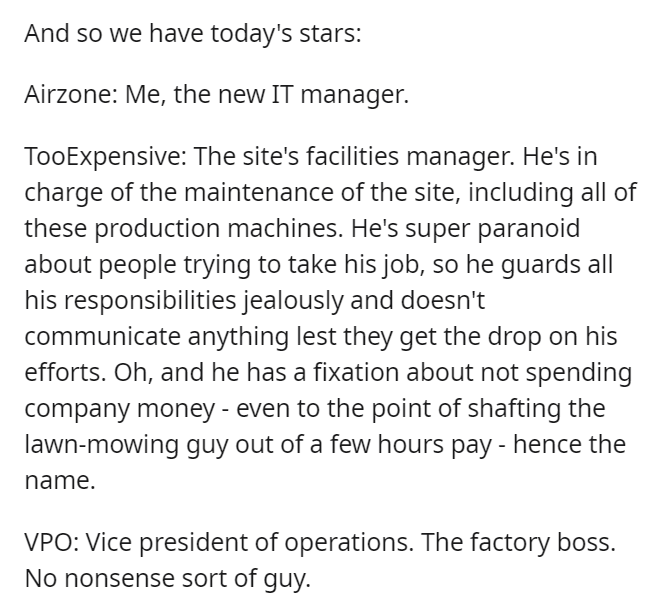 Basically these two didn’t get along no matter how hard they tried. 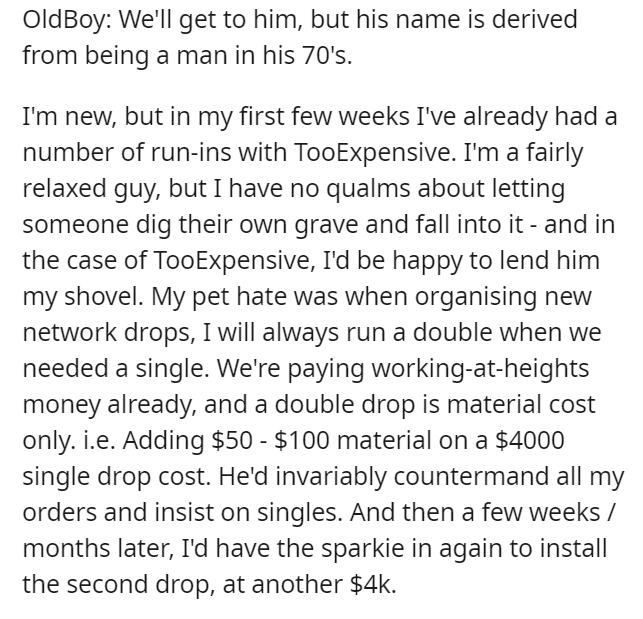 I can’t understand all of that, but I get the gist of what he is trying to say. 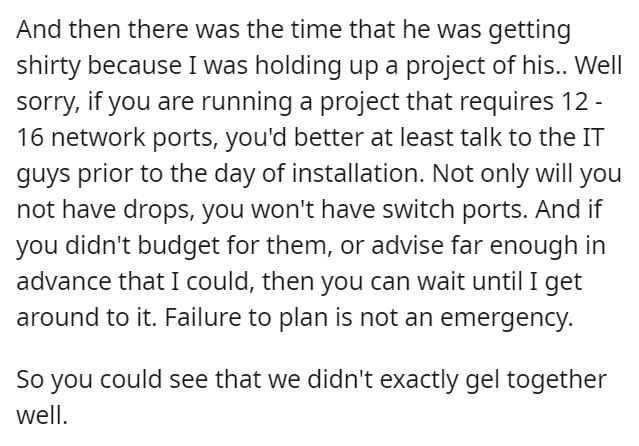 He didn’t want anyone breathing on his neck, but it didn’t turn out too well for him. 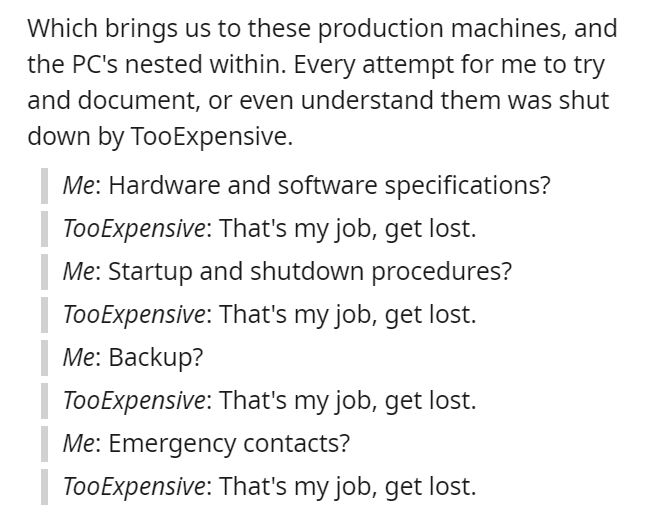 He even left a paper trail behind which we all know is not recommended.

A pentium? Now that surely takes me back a long ways. 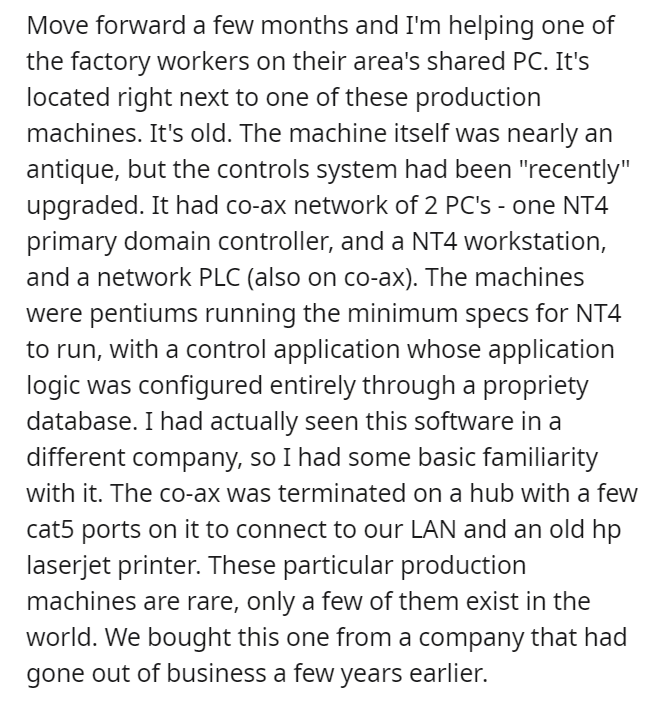 He didn’t even wait for the computer to boot up. 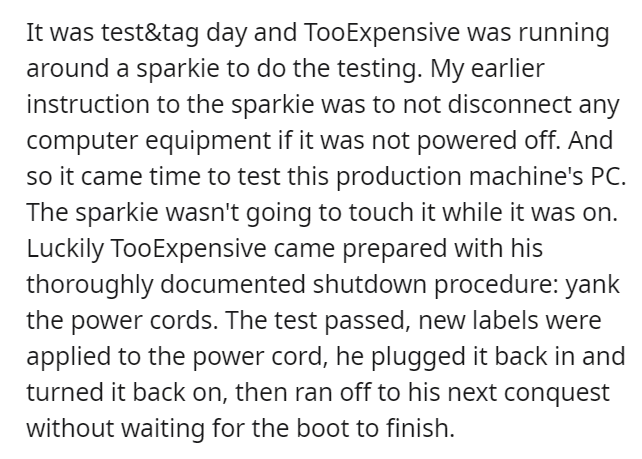 And that is when the real problems started. 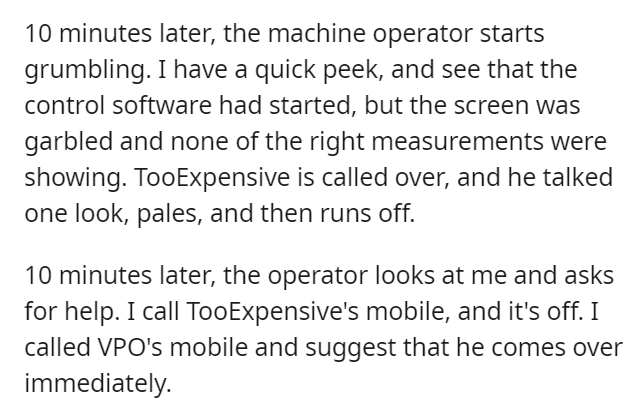 The manager basically ran away from the problem and wouldn’t even pick up his phone. 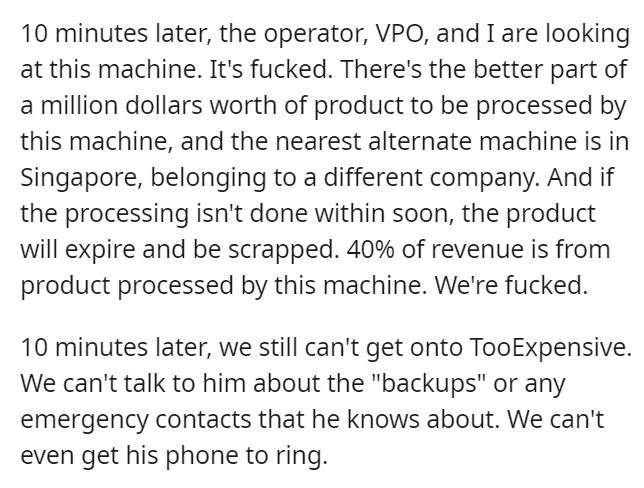 So they called in another old worker to get this mess fixed. 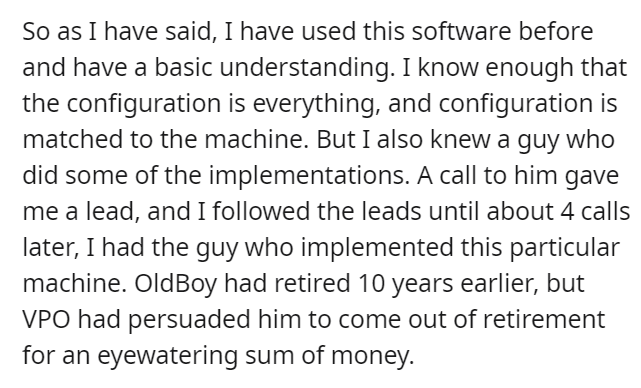 Thankfully he had something up his sleeve that nobody knew about. 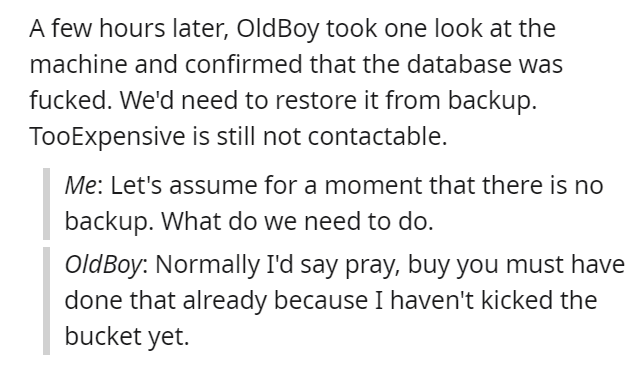 I am a controls engineer in a manufacturing environment. I have worked in a few different plants, and they are all like this. Likewise, I am currently in the process of rehabilitating an old DOS computer. We have a vital testing process that parts must go through before we can ship them and this DOS box runs the tester. There are only two in the plant, these are the only two in the world.

It was hard work and took a long while, but they were working on it. 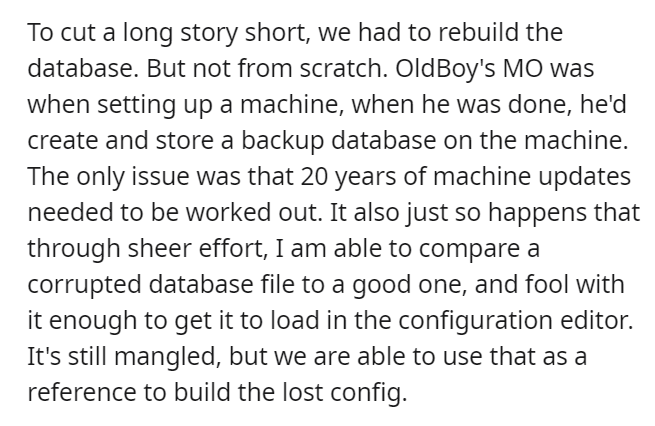 Both of them did their best while the manager was nowhere to be seen.

But then he tried to take all the credit for their work. 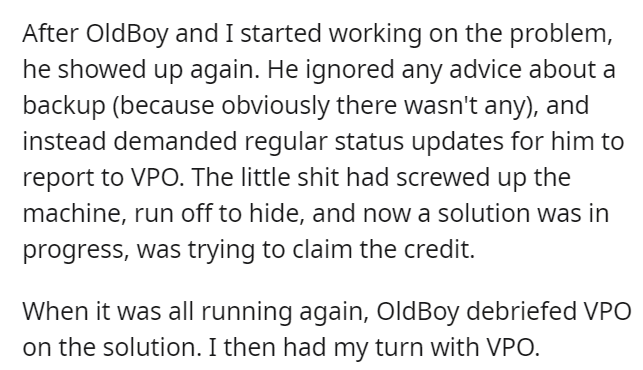 And he even tried to blame everything on the IT guy which is absurd. 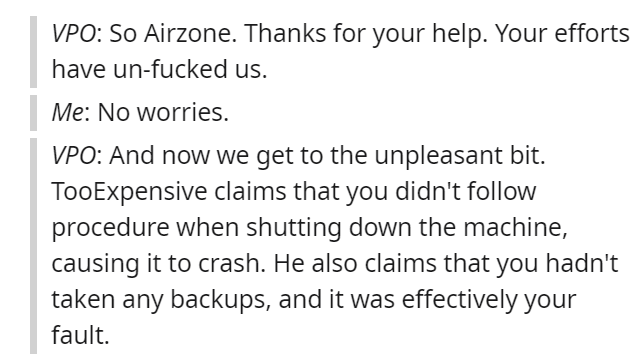 Remember how I said never to leave a paper trail? This is why you don’t do that. 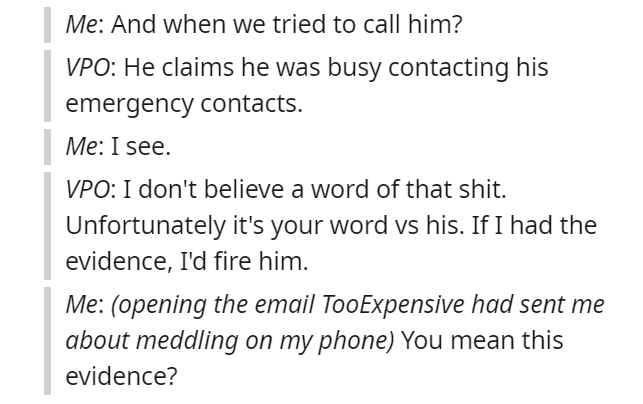 The manager got what he deserved, and it was swift justice.

Empire building. We had one of those at one of our utilities department. He would constantly throw IT under the bus because his system didn’t do what he wanted. We told the guy numerous times to get the gear in compliance with IT standards for security, and we could partner with him. No luck. This went on for 10 years.

Complaints filed with utility Dept and hr. Utility Dept scared to lose this guy as he knew everything about their system and didn’t share his knowledge. He recently retired quietly and when the news broke in the IT Dept the whole Dept cheered. –Phoneczar

Why not share your worst manager stories with us? Everyone has at least one of those. So comment down below and let us know.