People should learn to mind their business.

I have no idea who thinks it is okay to get into other people’s business or comment on what someone is doing. It isn’t being ‘friendly’ no matter what people. I am not saying making conversation with a stranger is bad as long as you are polite and understand that not everyone wants to talk to you. However, what this guy did was not at all friendly. She was just in her own world buying some things among which was a pack of cigarettes.

Why he thought he needed to comment on the fact that smoking is bad and she is so young is beyond me. We are all well aware smoking is bad. After all, there is a big warning on every pack of smoke you get. So unless you have been living under a rock or don’t know how to read, I can say with complete certainty that most people know it can cause many serious health issues. So just because someone comes around and tells you the obvious, doesn’t mean suddenly you will throw the pack in the garbage.

She didn’t need to tell him that but she did just to be polite. 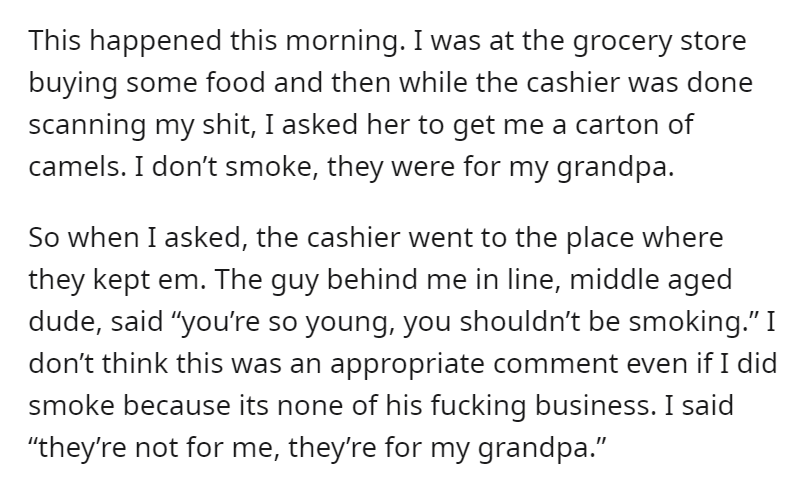 Rather than leaving it at that, he decided to butt in again. 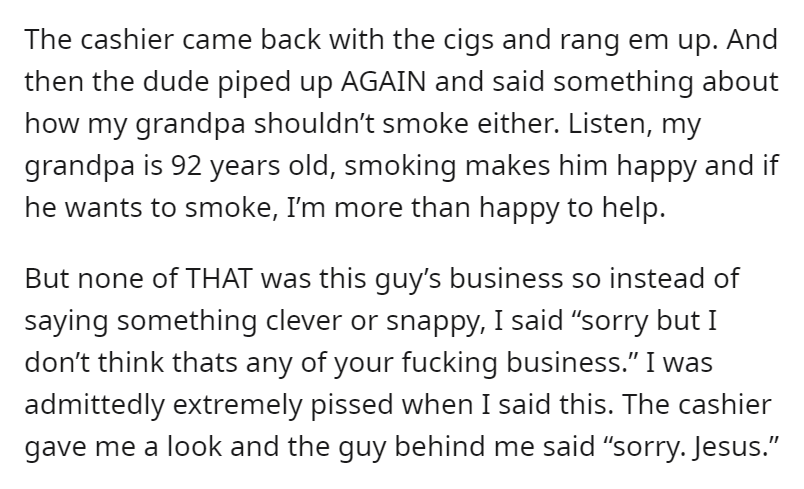 She didn’t even blow up, just stated the obvious.

But apparently, that was the wrong reaction according to her Father. 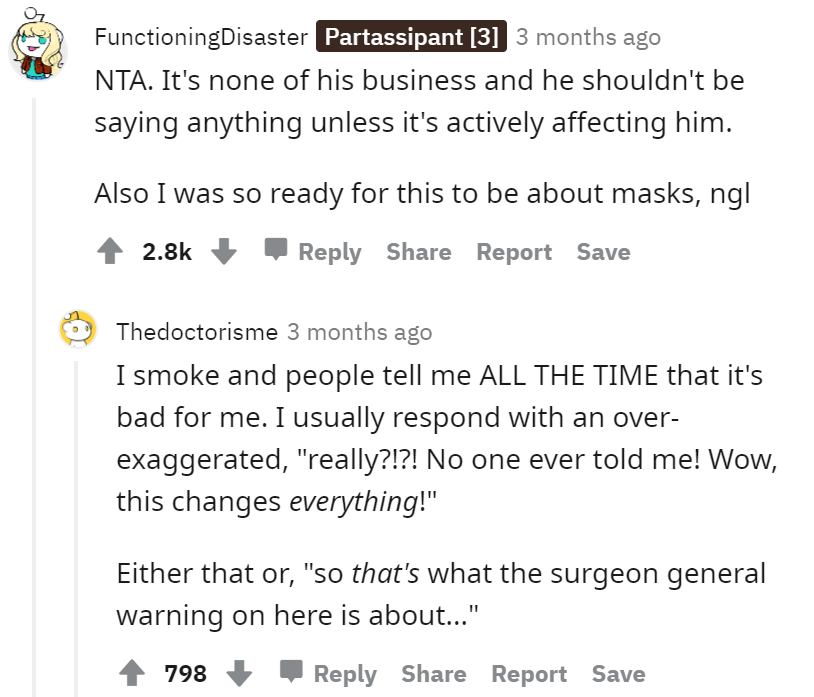 There is a huge difference between making conversation and being nosy. 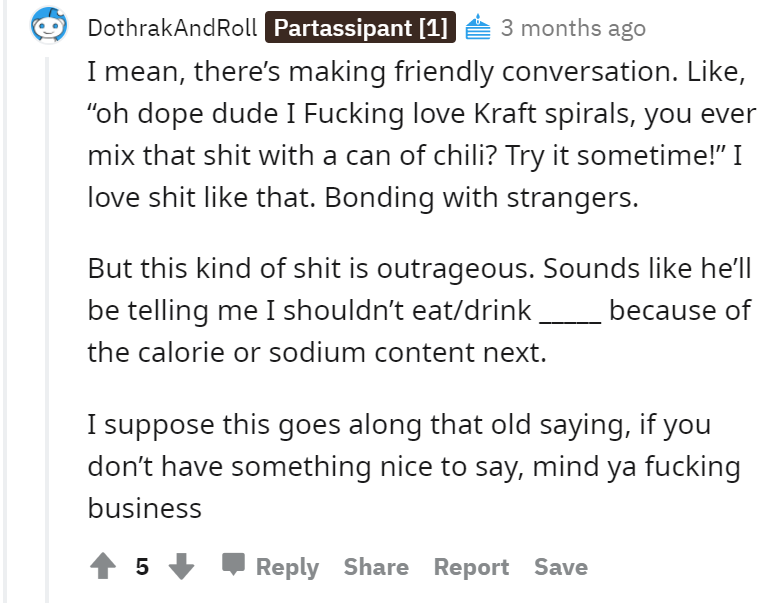 She didn’t start yelling at him. All she did was curse. 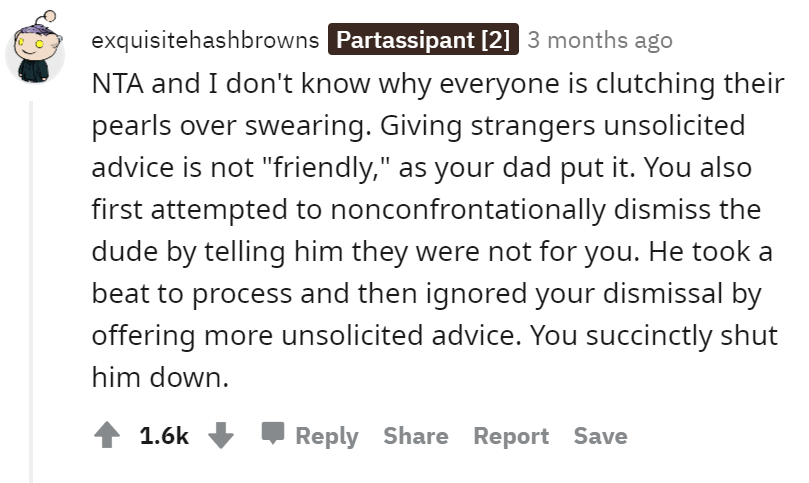 However, there were some people in the comments who didn’t agree with her choice of words. 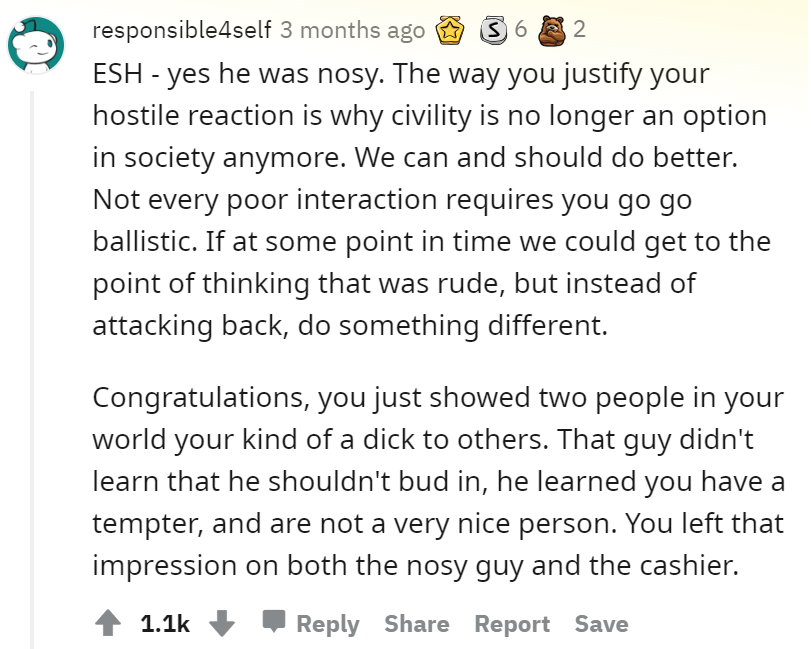 ESH. He was rude for saying what he said and you were rude for being snappy and swearing at him. Just wish people were generally nicer to each other. Someone says something like that to me, yeah they’re being a bit rude but if they’re not being aggressive or horrible I just assume they’re trying to come from a good place and I treat them that way, because what’s the harm?

I’d have just laughed and said ‘yeah but he’s 92, he gets to smoke if he wants to.’ Just…why not be friendly when there’s no need to be rude, even if someone is being a little cheeky? –KittyGrewAMoustache

And believed that she should have taken the ‘higher road’. 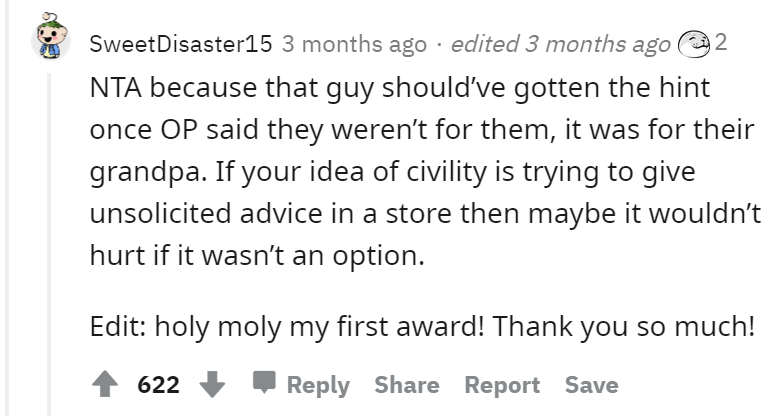 Sometimes you need to let others know this is not okay.

Maybe this guy will learn not to do this again or he won’t. 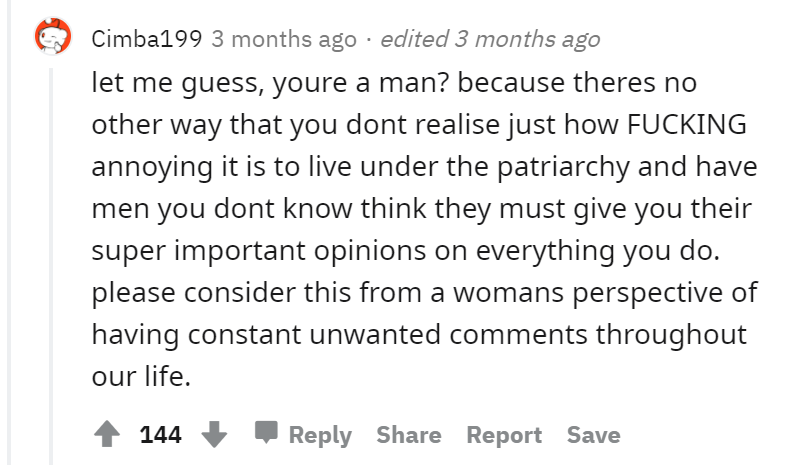 All that matters is that she got her point across. 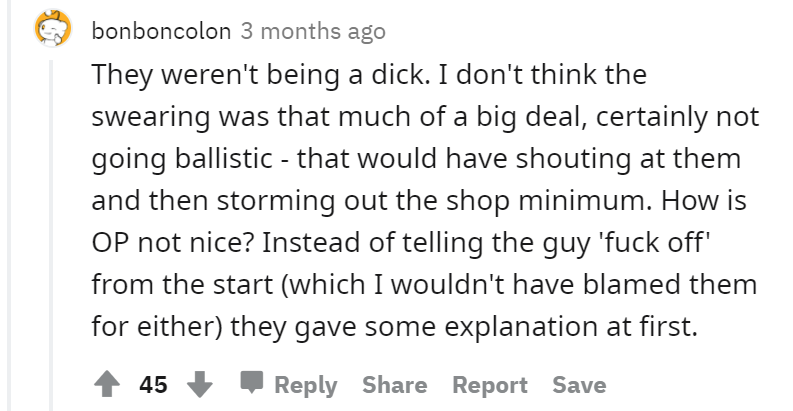 This may sound childish but he started it. 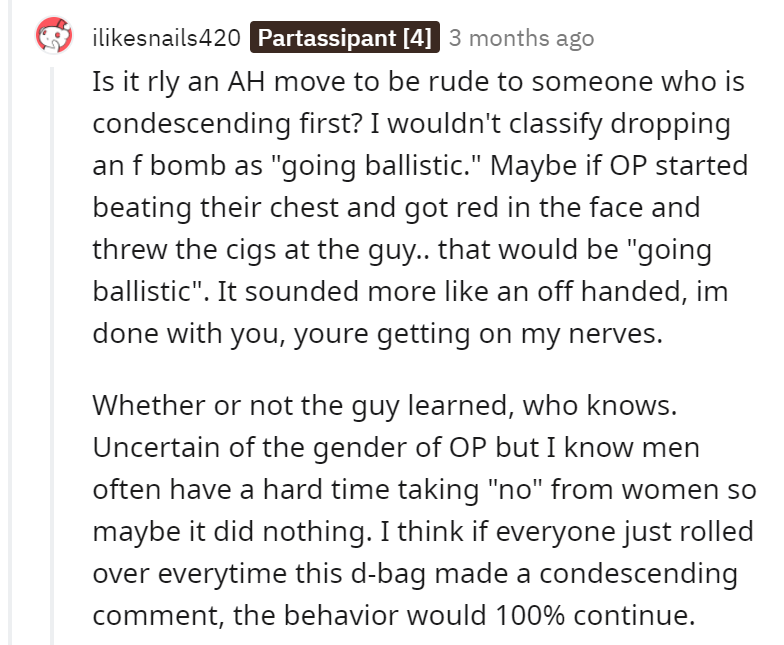 He just had the need to comment on something that didn’t affect him in any way. 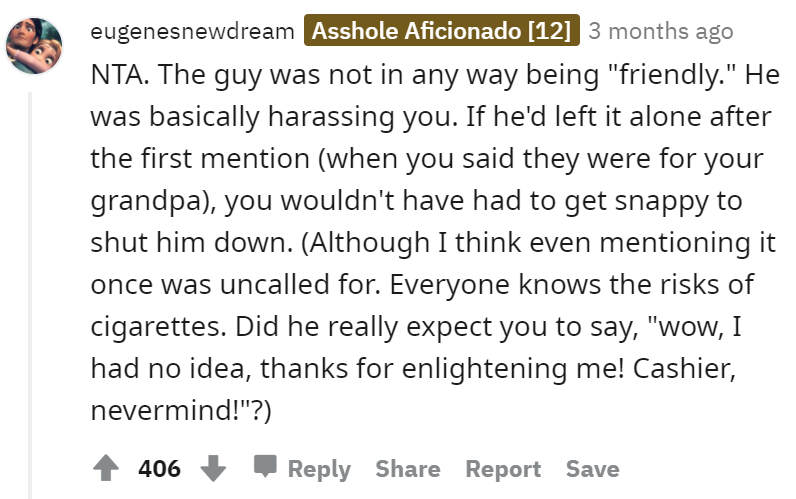 NTA. When things like this happen I always ask, “would you stop a man in public and say that?”

Usually followed by some stuttering and awkwardness. Because now they either have to say no and spout some sexist crap out loud and people are often watching by this point. Or they sulk away with their tail between their legs (and I hope a lesson learned.) –kate05_

This is general knowledge and people know what they are doing when they smoke. 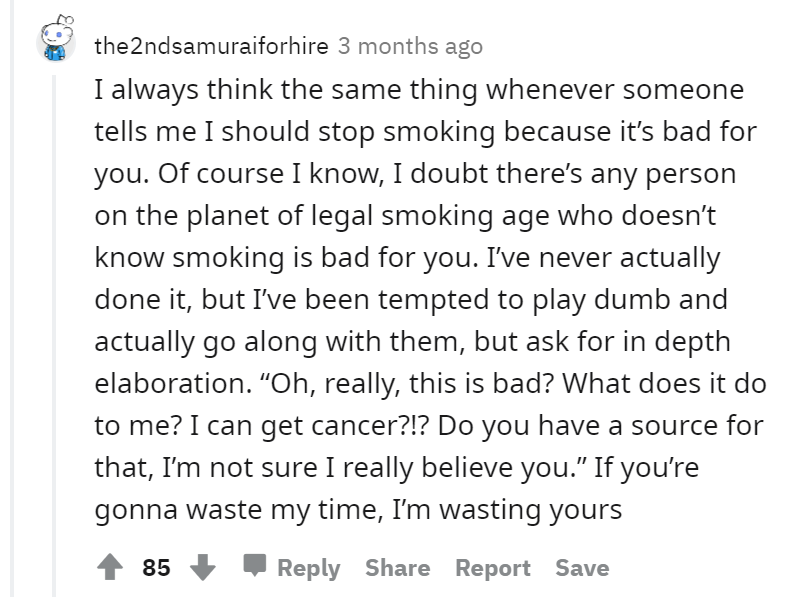 How would you have reacted if someone acted this way towards you? Would you have answered back politely or ignored them completely? Comment down below and let us know.