This is a very heated debate these days. Both sides are very passionate about their beliefs and nothing can budge them. Pro-lifers believe that abortion is murder and having an abortion is equivalent to killing a living baby. They say life and death are up to God and parents should not be able to decide whether a child gets to live or not. On the other hand, pro-choice people believe that a woman should have the right to decide what she gets to do with her own body. If a baby has not been born yet, it can’t feel what is happening to it. They believe this is more of a medical matter than an emotional one.

However, the debate has recently reached a point of discussing late-term abortions and whether they should be legal or not. A gynaecologist on Twitter was enraged after she saw a tweet from a pro-lifer calling women who have abortions “witches.” So she decided to school them with some facts. 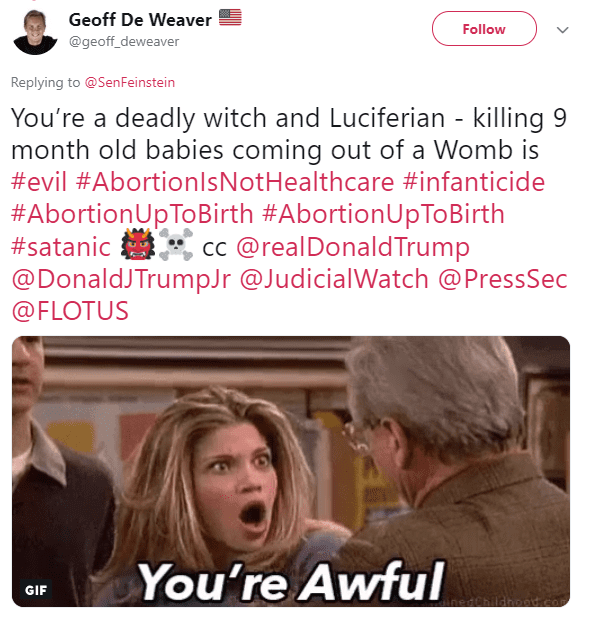 Basically, a late-term abortion is considered one that is performed after 21 weeks of pregnancy. With pro-lifers accusing women of ridiculous things when they consider abortion a little late into the pregnancy, Dr. Jennifer Gunter, who is a certified board gynaecologist, stated some facts about abortion to enlighten people.

She explained how most women need to get late-term abortions because of medical issues. 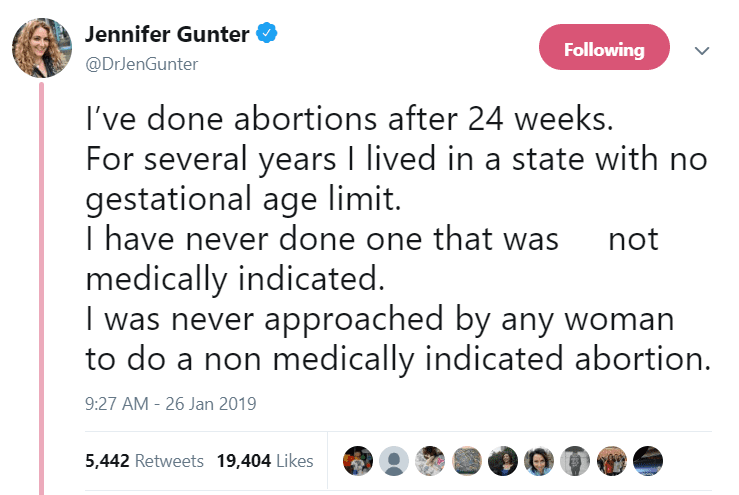 Medically indicated abortion means this procedure is done when the mother or child’s health or life is at great risk.

No woman wakes up in the morning, heavily pregnant, and decides she just wants to give up her baby for no reason. 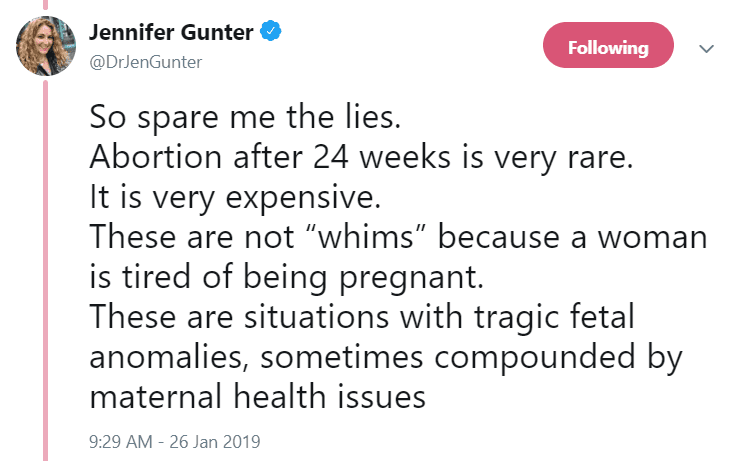 She shared several horrific cases which backed up her statement. 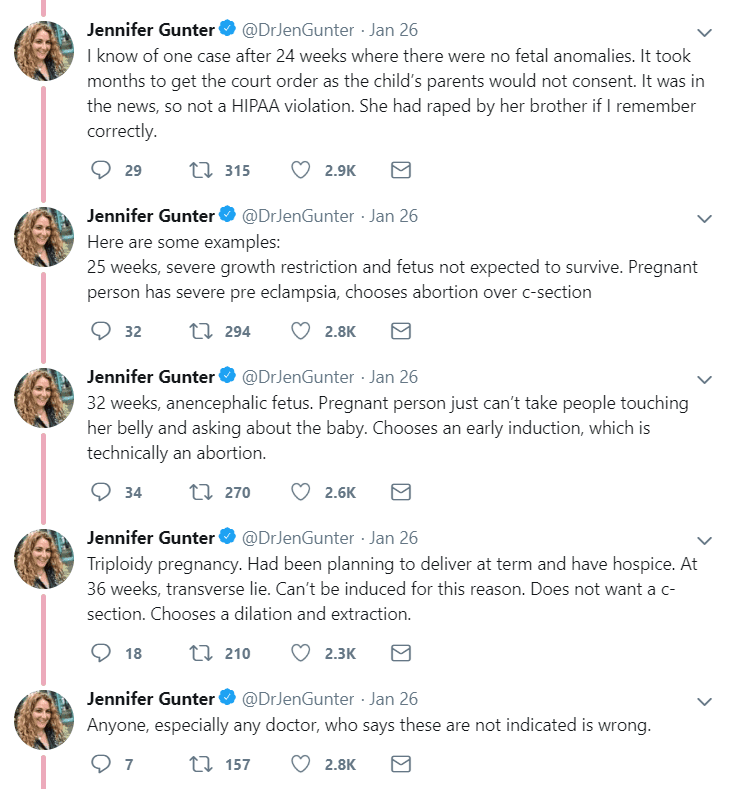 People who are not educated on this matter medically should not be allowed to give an opinion on it. 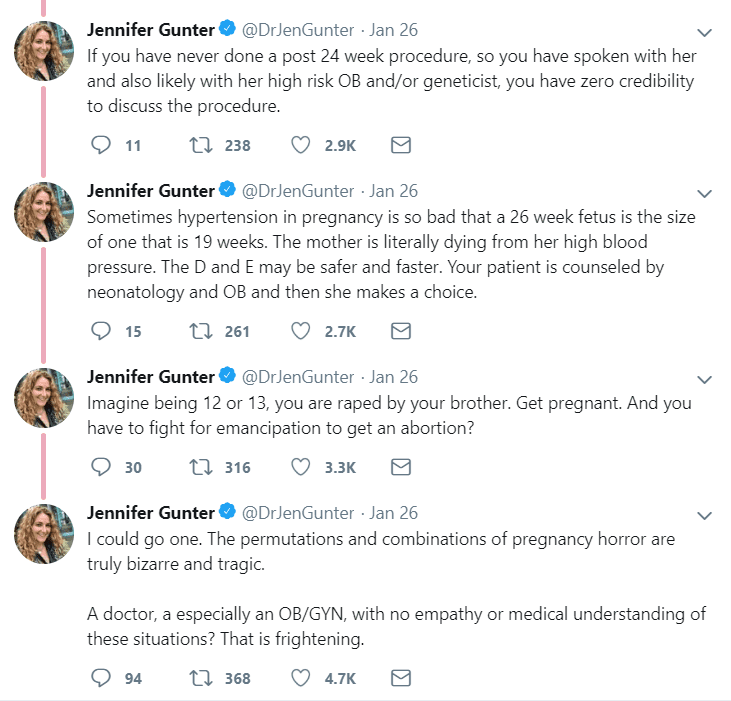 Most of the circumstances of abortion are tragic, but maybe we should leave the decision to women and doctors.

Are you pro-life or pro-choice? What is your opinion on this matter?