Firefighters are real heroes without capes.

It is true, the phrase, not all heroes wear capes. It is also very fitting in this case. Firefighters are that heroes, they are so selfless. It is very difficult to not care about our own life before jumping into danger just to help out a total stranger. It takes a lot of courage and strength, it is not a job for everyone. Not everyone is that brave. I believe that we do not talk much about firefighters, they do not get appreciated and praised enough. Firefighters are undoubtedly true heroes, they are really doing such a selfless thing, putting themselves in danger to rescue a living being every other day as if it is not a big deal. They deserve so much appreciation and recognition for the amazing things they all are doing. I think we can all agree on the fact that firefighters are one of the most important people in our society. They are always ready to go above and beyond the call of duty to help not only us but our animals as well.

Yes, they do not only help ut humans in danger but also animals too. It is such an amazing thing and a good deed, to care for every living being equally. We have brought to you a bunch of pictures of the firefighters from all around the world that rescued cats from fire. It is the most wholesome content ever, really made me tear up a bit. Keep on scrolling down to see those images… 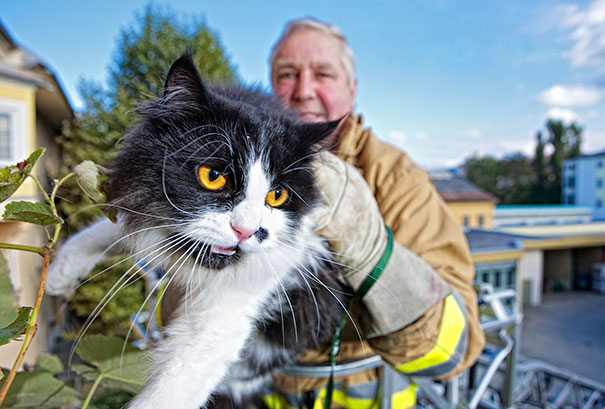 2. This is such an emotional photograph of the firefighter and the rescued cat. 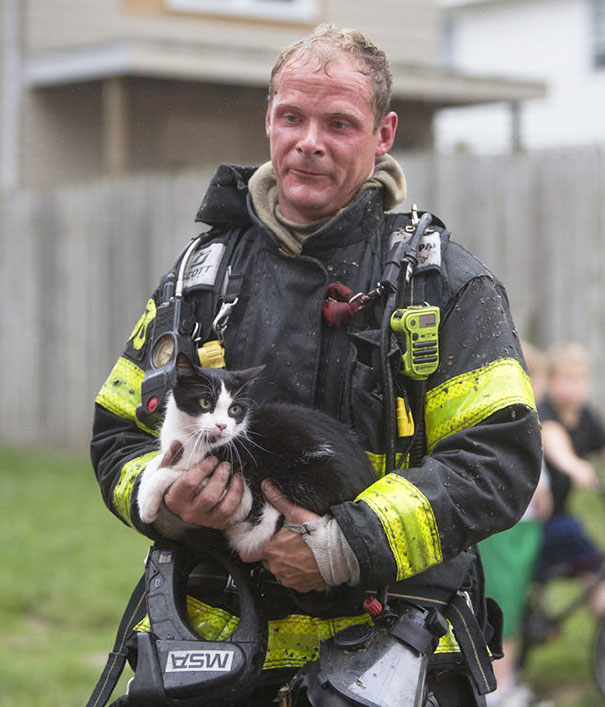 3. The bond between a rescuer and the rescued pet is so genuine and strong. 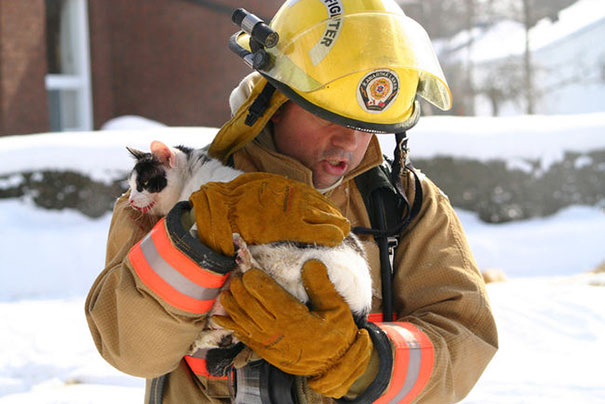 4. Bowling Green, Ky. A firefighter, Jacob Lee, rescued this cat from the fire at an apartment complex. 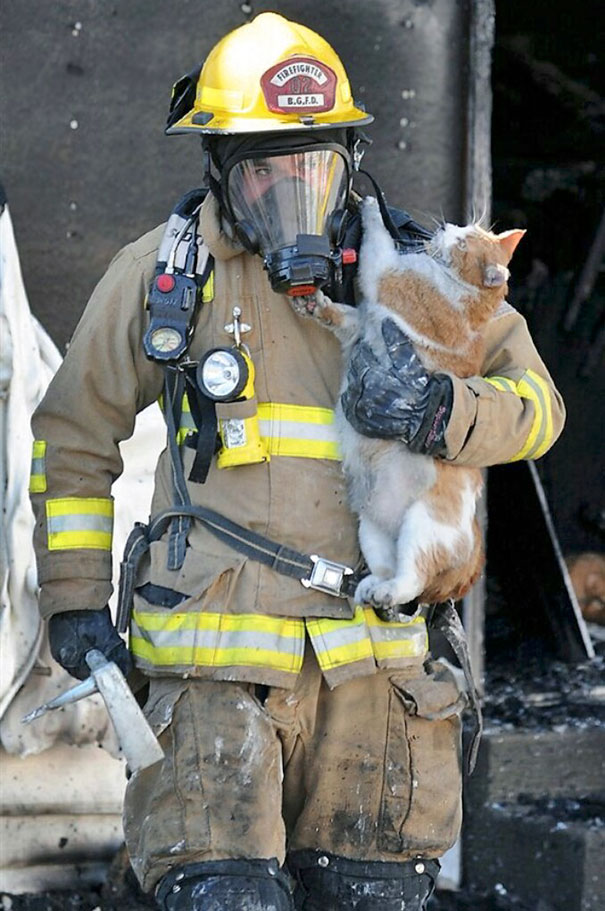 5. The firefighter administers oxygen to this rescued cat from the house fire. 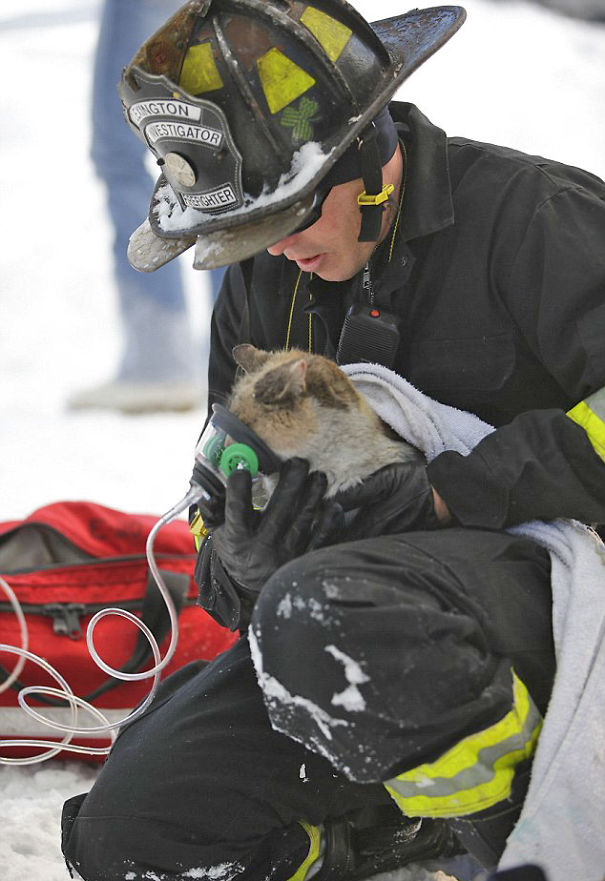 6. The Worcester firefighters rescued cats from the blaze. The joy on their faces is priceless. 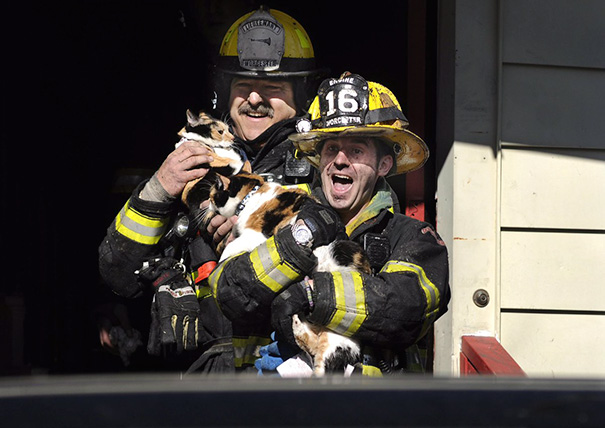 7. Here is a firefighter saving one of my mentally challenged neighbor’s cats. 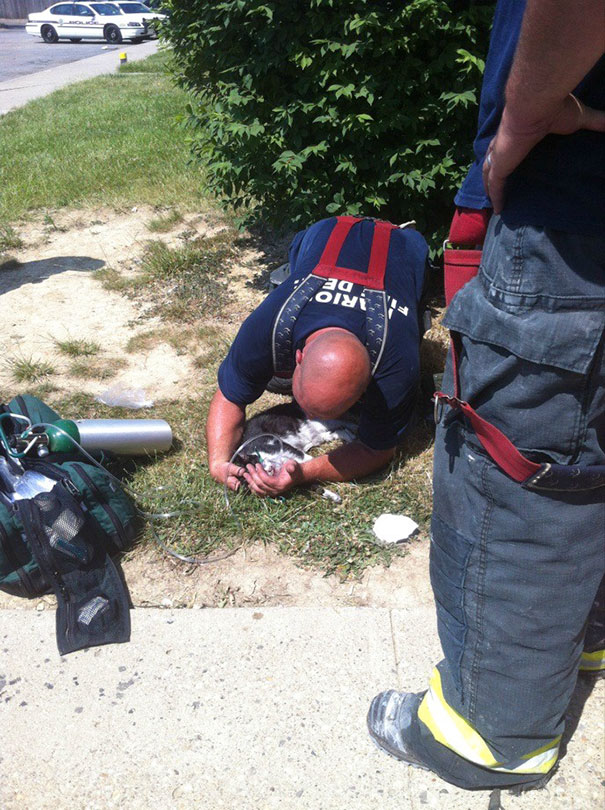 8. It must bring so much happiness when you successfully save the life of an animal this beautiful, small and innocent. 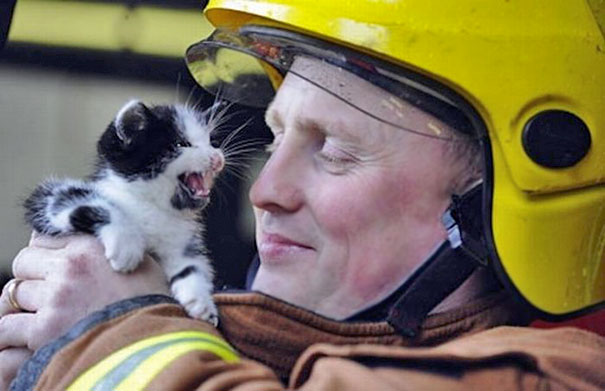 9. The firefighter found the cat named Coocoo on the first floor of the Boston building after putting out a fire. Below is the picture of firefighter Raymond Alicea who administers oxygen to the rescued cat. 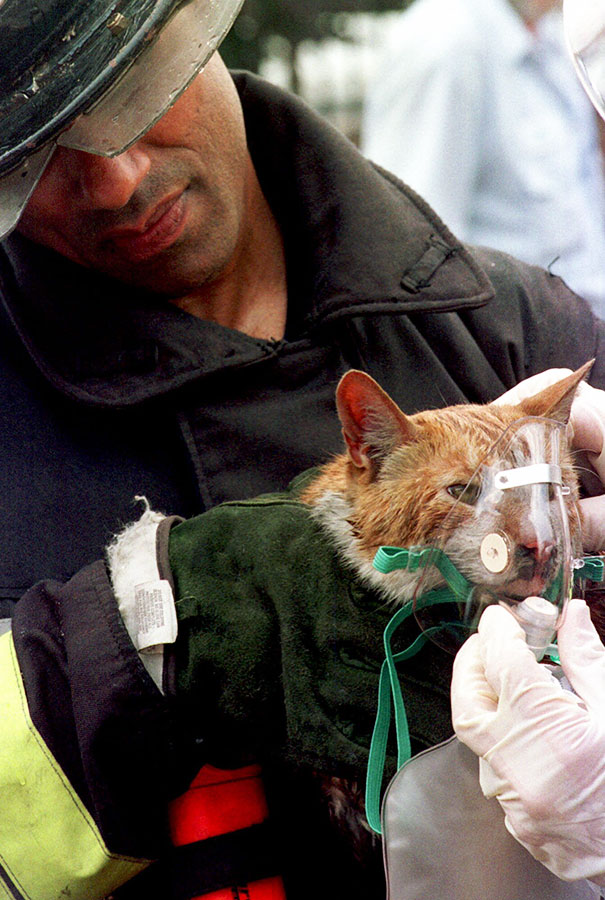 10. Besides this kitten, these firefighters also rescued several dogs, a 9 foot python and a bird in the cage. Luckily, all of these animals survived and fortunately, no humans were harmed in this fire. 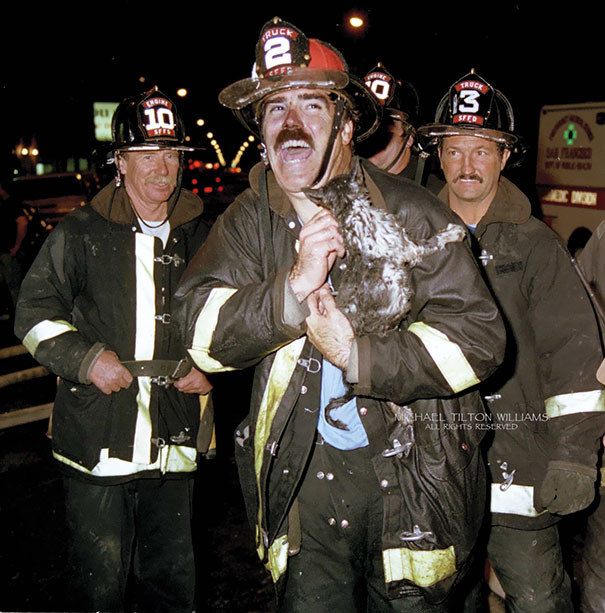 11. Firefighters saved the cat stuck in the window. 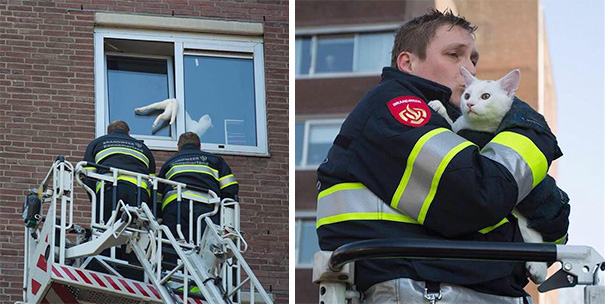 12. Missoula Firefighter, Brett Cunniff, holds the oxygen mask for this kitten who was rescued from a house fire in the lower Rattlesnake Valley. 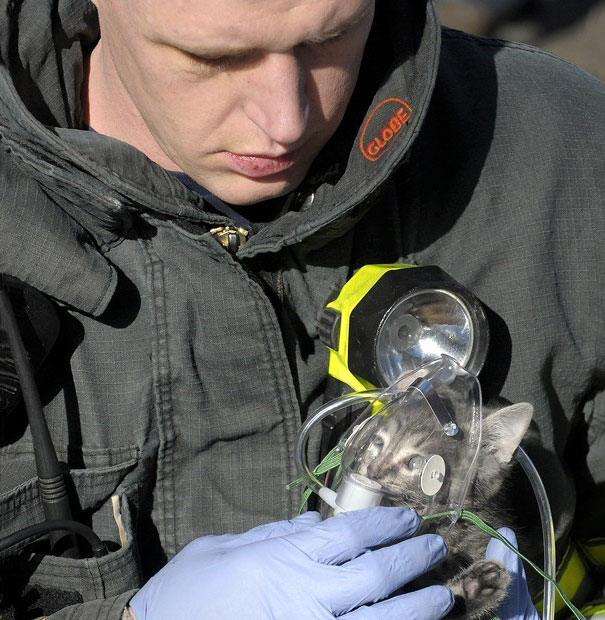 I have no words to describe how meaningful this must be for the owners of these cats and for those firefighters themselves, saving a life must give them a satisfaction that no other deed can. Indeed, it is amazing. It is good to know that humanity is not totally dead in this cruel world, there still do some amazing human beings exist in the form of firefighters. Keep on scrolling down to see more of these images… 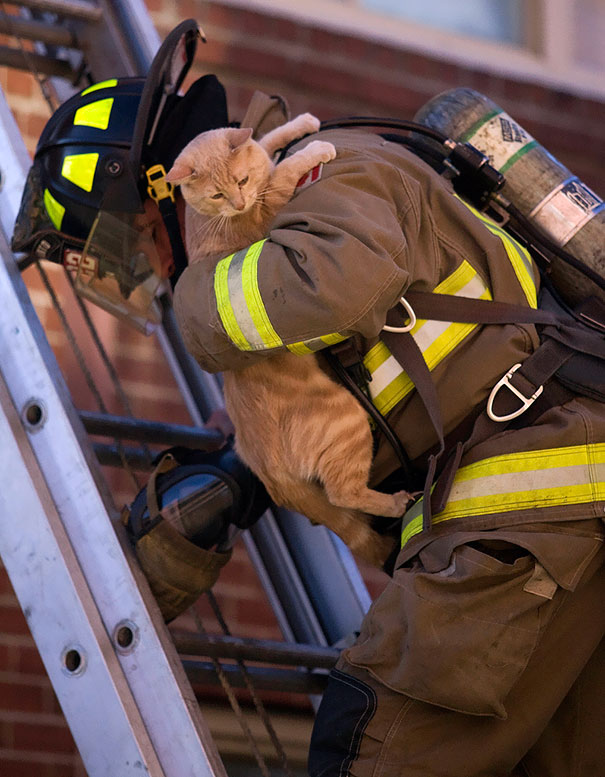 14. Here is a Norwegian firefighter holding the oxygen mask for the rescued cat who survived an apartment fire. 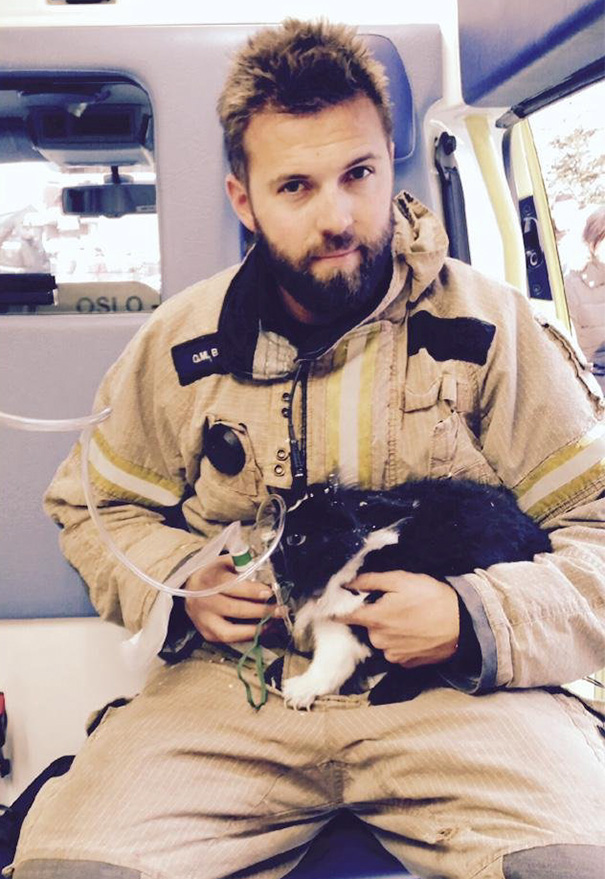 15. Aww, the poor baby must be frightened! 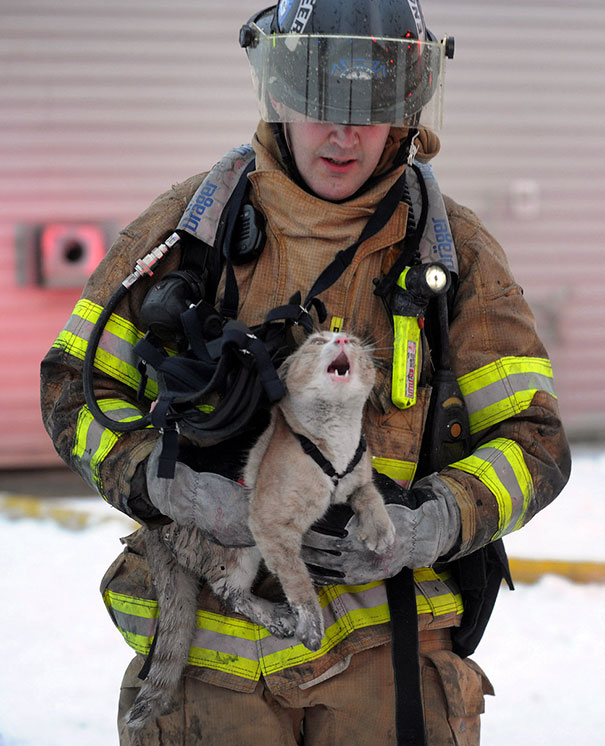 16. In this picture the Corpus Christi Fire Department Captain John Leahey is examining one of the two kittens he rescued from a Duplex fire. 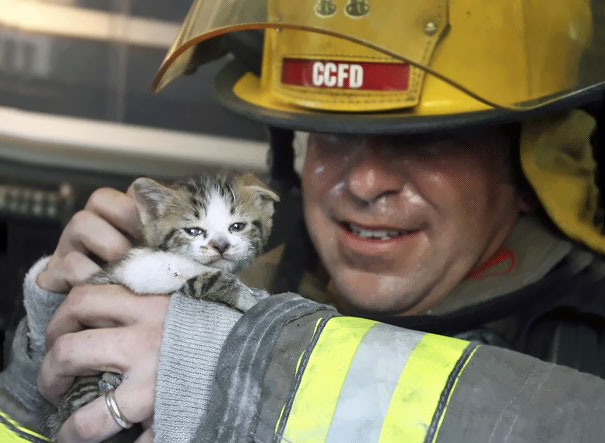 17. This cat does not look pleased with the firefighter who rescued him from the condo fire. 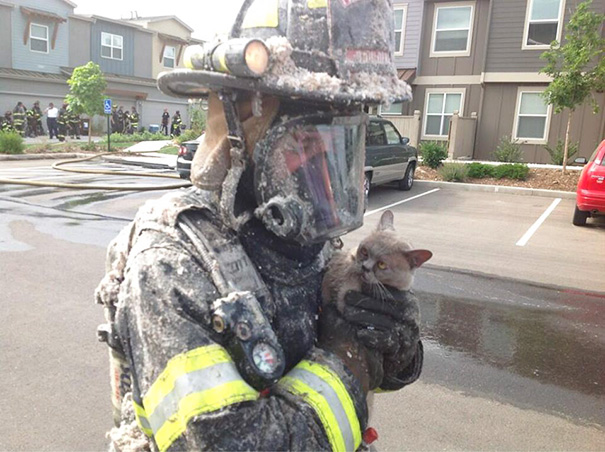 18. The firefighter crew rescued a cat from under the bed who was barely breathing. 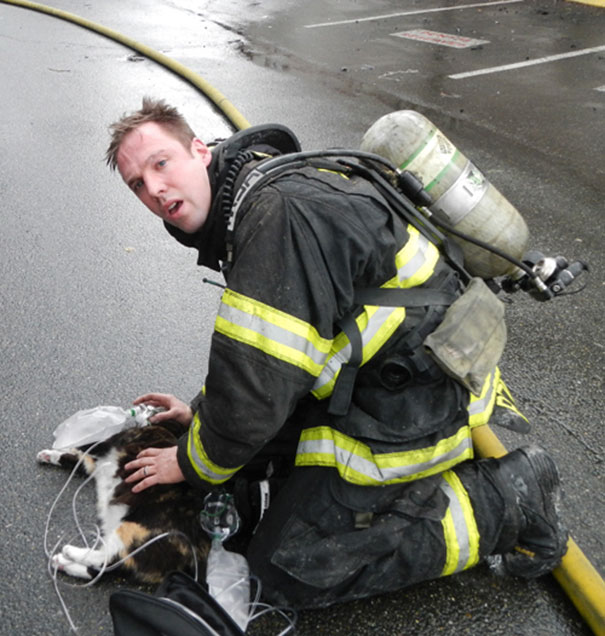 19. This picture holds so many emotions. This is probably the best moment of that lady’s life. 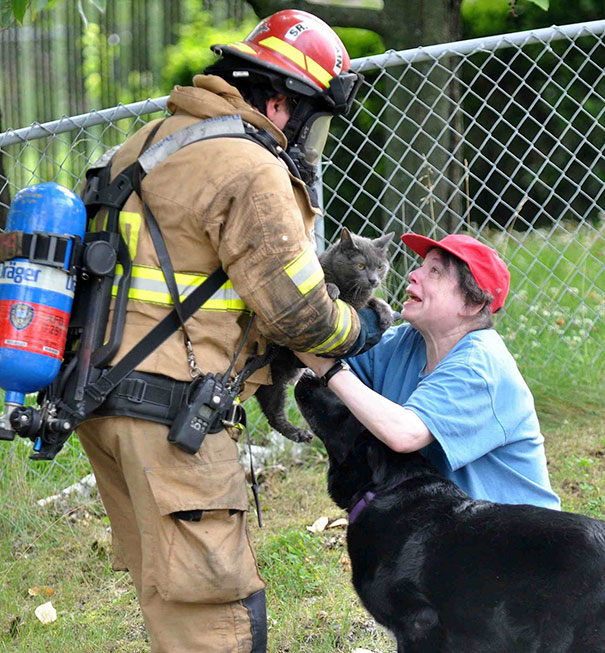 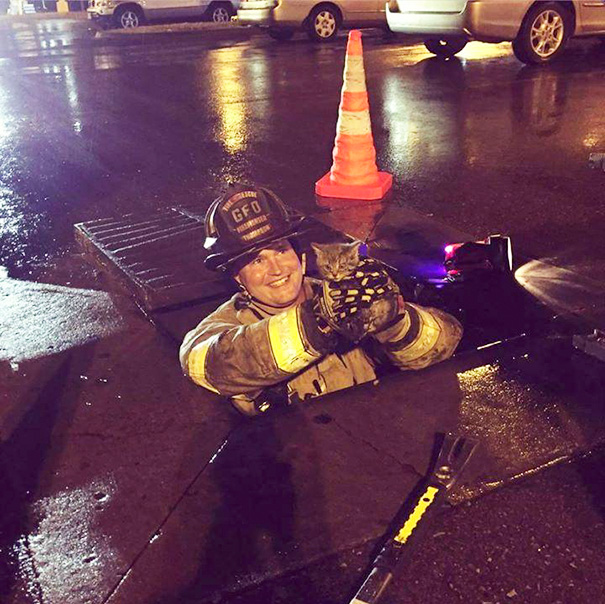 21. The loving bond between the firefighter and the rescued cat is just so beautiful, the last image is so wholesome. 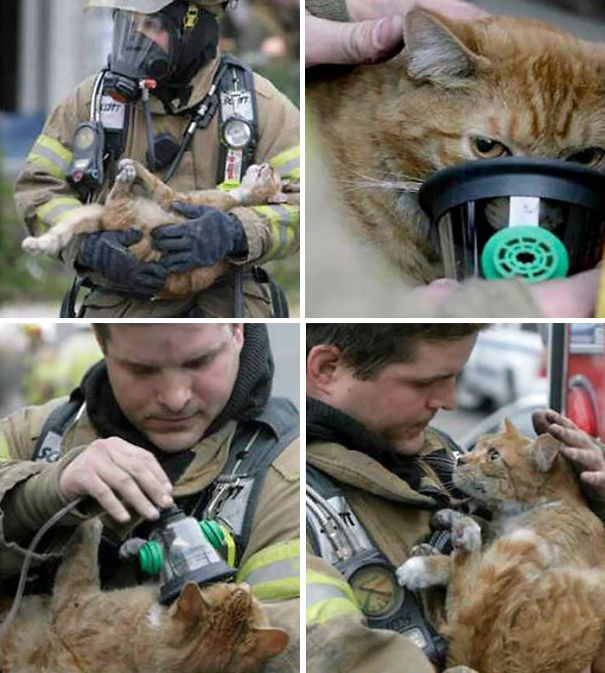 22. This rescued cat is clinging to the firefighter who saved its life. 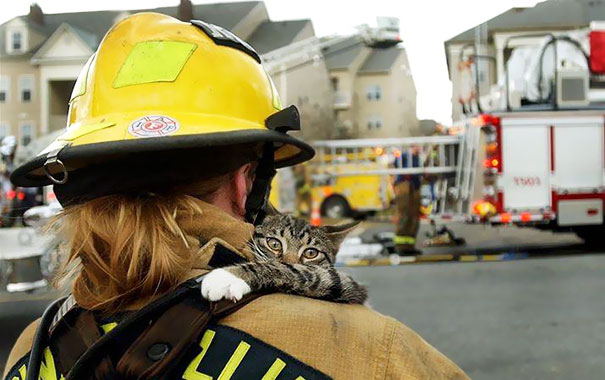 23. This Russian firefighter saved a cat. 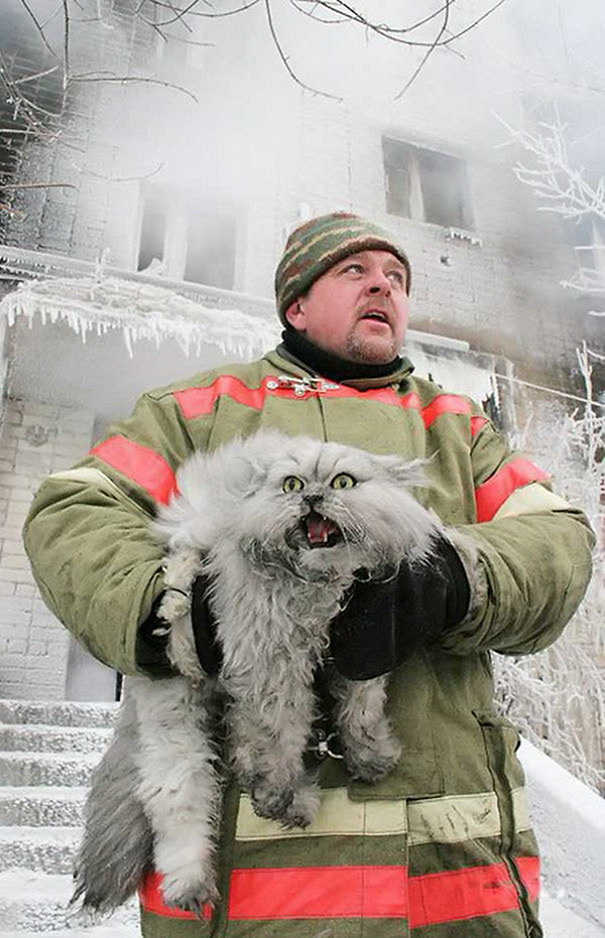 24. In Denmark, a firefighter rescued a cat from the house fire. 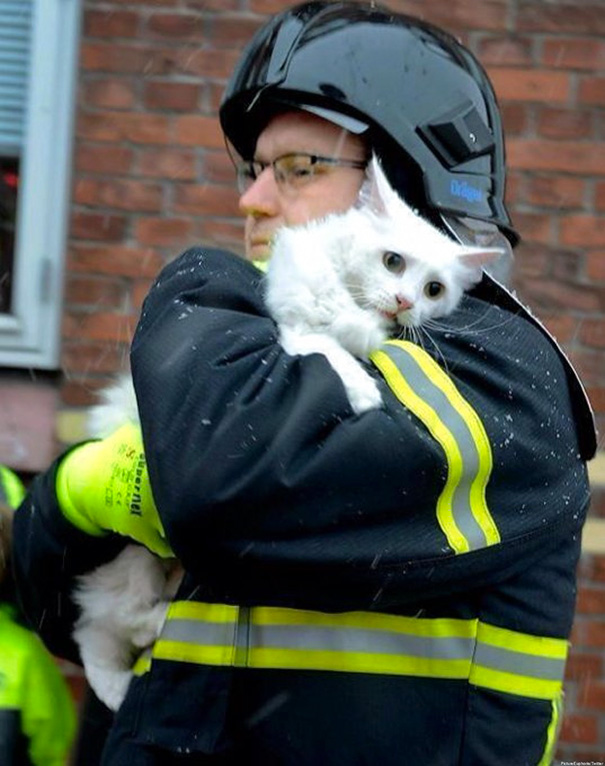 This was the most beautiful and emotional content ever. I have never felt so many emotions at once, these images made my heart melt. have you ever rescued an animal? Tell us your story in the comments down below…