I’m guessing we definitely won’t be short of new dramas this year as well!

It’s 2022 and some people are still living under a rock. They would still get offended over certain things which definitely should not be their business. Being homophobic in this era simply isn’t acceptable at all. You must know that every person has their own private life and you are absolutely no one to judge anyone based upon your personal interests or likes. You can’t impose your mindset on anyone else. Two guys being in love or two girls being in love should not be taboo anymore! It’s absolutely normal to fall in love with the same gender.

However, as you would have judged by the title of the story, we would like to get into the details now. We came across a Reddit’s AITA thread where a girl kicked out her aunt’s husband from her house because he was being a homophobe! But before getting to any conclusions, let us hear both sides of the story first and then judge the situation accordingly because one must always remain neutral before passing any kind of judgment beforehand. So without any further ado, let’s get down to the story now, shall we?

1. By the looks of it, I’m already judging the aunt’s husband for being a homophobic. 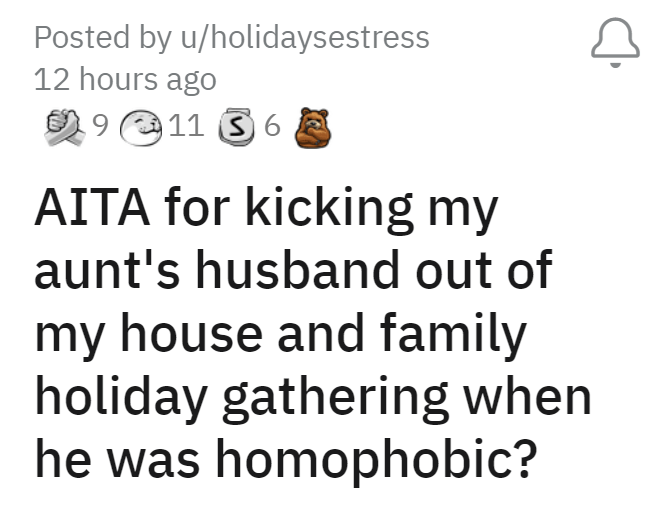 2. Christmas is even more fun if you have a big family. 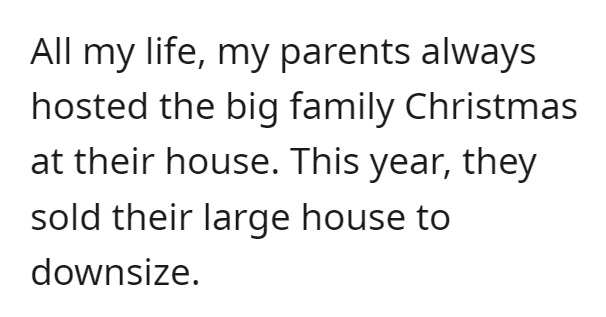 3. Damn, she’s only 25 and bought her first house already…

4. That sounds reasonable and considerate!

5. That’s still a very nice gesture to host someone for an entire week! 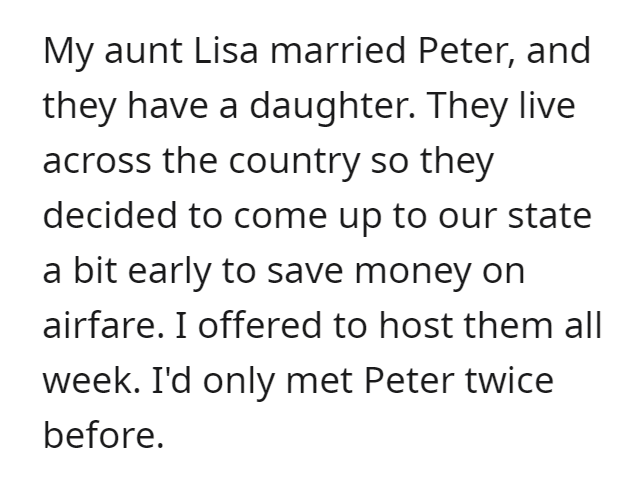 6. Sounds like a happy story but this is where things start to get worse.

7. Okay so first of all, why did Peter even have to react to it? It was completely unnecessary!

8. Not sure whether Peter was being an actual homophobe or was he worried that she kissed another girl in front of his daughter? 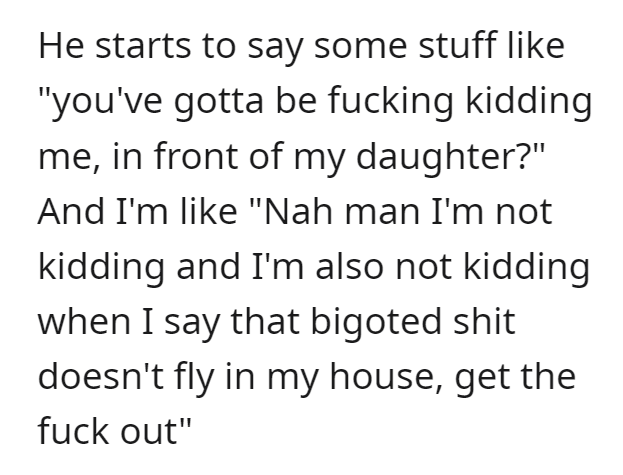 9. It was her house and she definitely was the boss in there.

10. He should have thought of it before intruding into someone’s personal space unnecessarily!

11. Of course, why would she even let a homophobe stay in her house?

12. Lisa knew that things are being heated up and it’s best to make Peter leave the house for a few.

13. Parents would obviously want to defuse the situation given the circumstances and the event but all in vain. 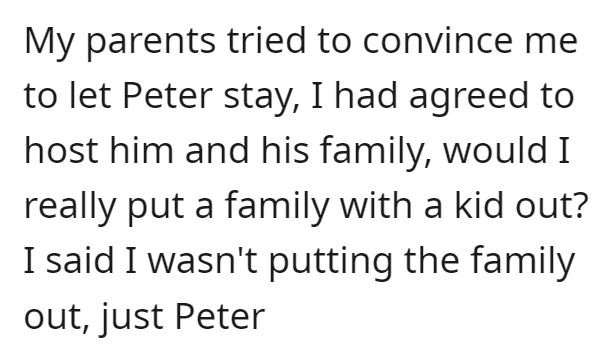 14. To some extent, her parents are right but then again, it’s her house and her rules. 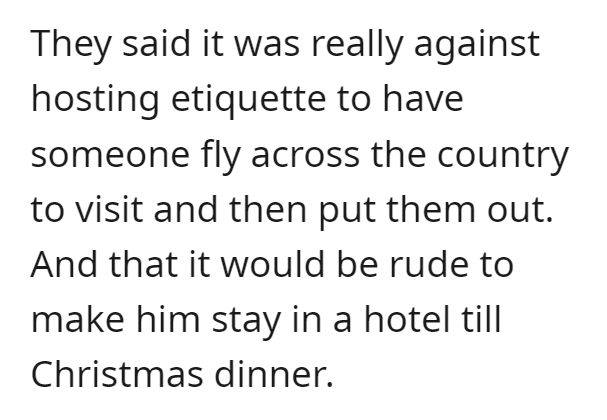 15. Well, she clarified that she isn’t going to let Peter in the house in any way. 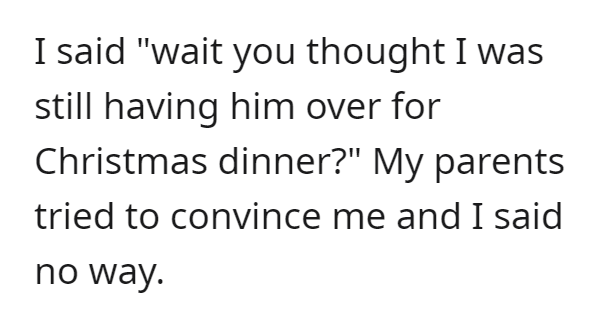 16. She stood up for her girlfriend and made sure to get rid of the homophobe. 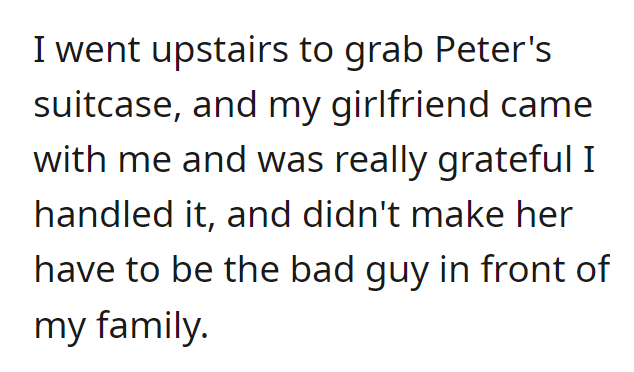 17. That was still sweet of her to hose Lisa and her family but she made clear that Peter isn’t welcomed in the house anymore. 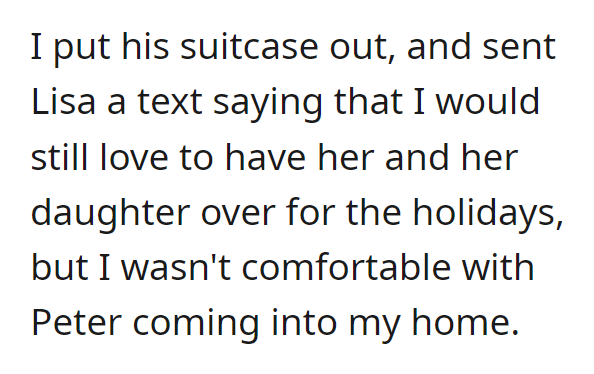 18. It was obviously a difficult situation for Lisa as well because she simply couldn’t just leave her husband. 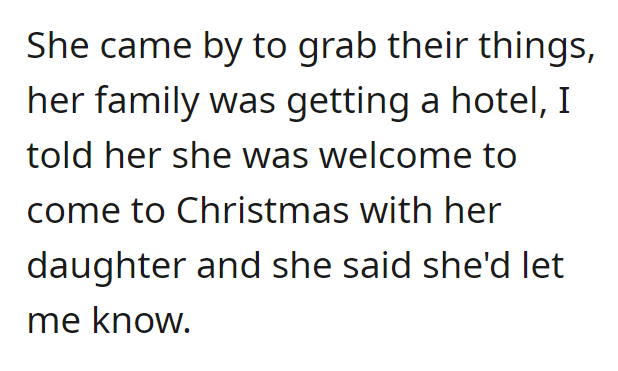 19. I personally think that she did overreact a little and things could have been resolved through a dialogue. 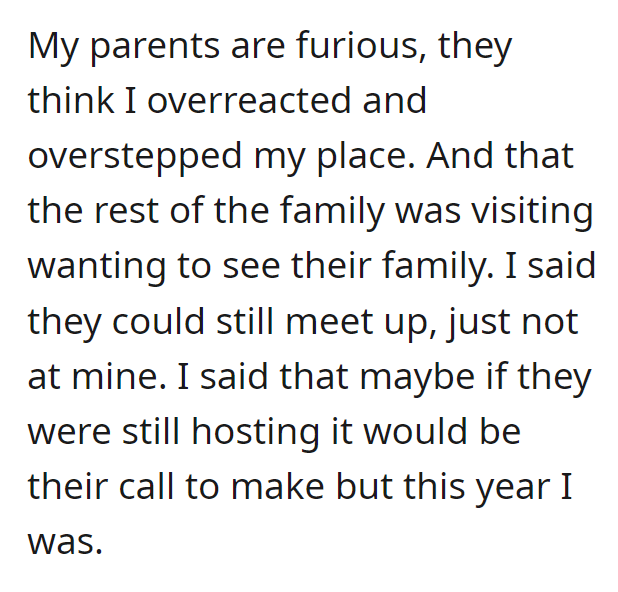 21. She provides an explanation s to why people might think that she’s an a-hole. 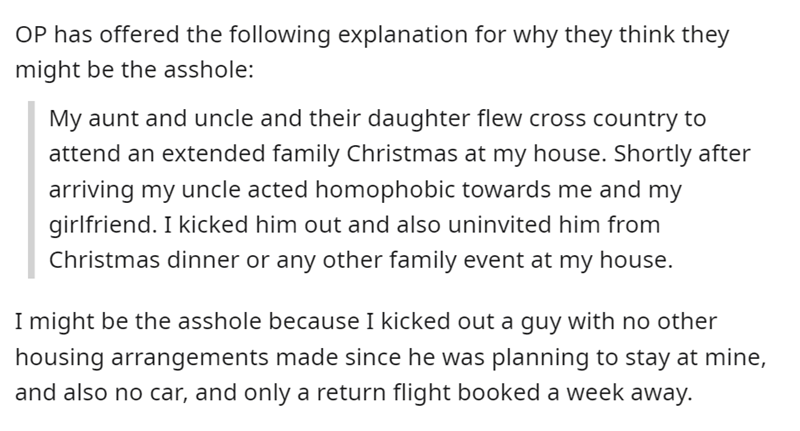 And that’s how things went down but to be fair, she did overreact to the situation and she could have put an end to it considering that it’s Christmas and she’s hosting a big gathering. On the other hand, Peter should not have intervened or made a scene either as he is no one to intervene in an individual’s life. She’s an adult and she knows what is she doing, you don’t get to school her.

Anyways, last but not the least, I would love to hear out your opinions regarding the story as well. Make sure to drop a few comments down below.