Did your hairstylist/barber ever refuse to cut your hair the way you wanted?

Well, as annoying as it sounds, that actually happened with a lady but we will get to that story in a few. Before we begin, every business owner should know that a customer is always right. Okay, that can get annoying and frustrating at times because they aren’t always right but in order to maintain a good business, you have got to fulfill a client’s demands. You can pour in suggestions but you can’t dictate your customers, obviously. Customers would pay you for your services, not your suggestions. Sounds rude? Indeed but unfortunately, it is what it is.

Now let us move on towards the story that we came across on Reddit’s AITA thread and decided to share it with you. So the story is about how a hairstylist went rude and refused to cut the OPs hair according to her demand but there are always two sides to a story. Why don’t we get into the details first and then see whether the OP overreacted to the situation or was it the hairstylist who was the a-hole? It’s going to be an interesting one so let’s get down to it without any further ado! Start scrollin’ and enjoy!

1. So the girl asks the Reddit community whether she was an a-hole for canceling her hair appointment and leaving without paying a penny? 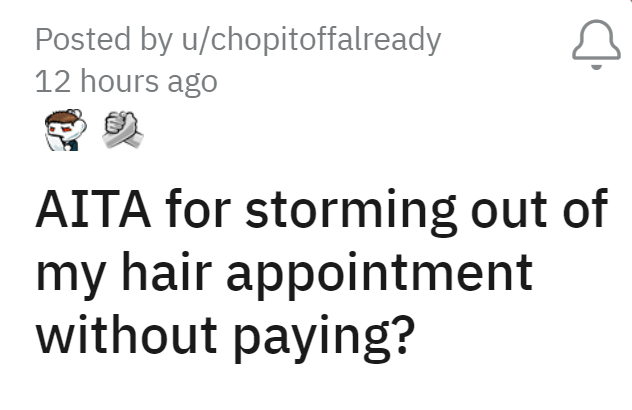 2. If you are planning to keep it professional with someone throughout, you must not indulge in unnecessary chats with them. 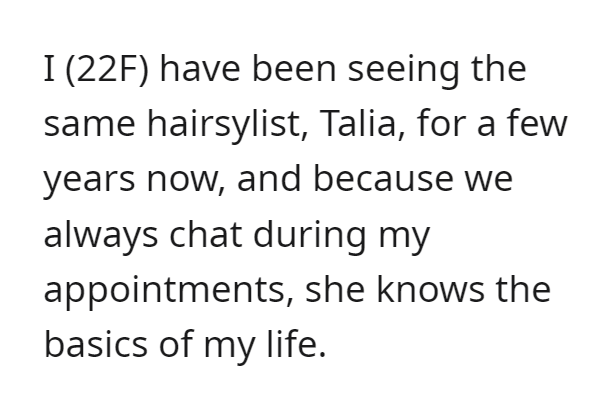 3. That sounds absolutely fine as it was her choice, completely! 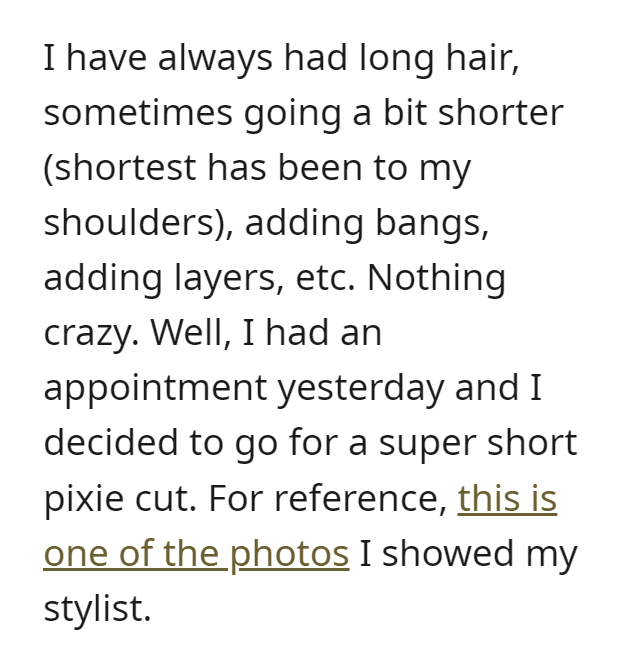 4. Well, the stylist probably made a joke about it as a majority of the people would want to cut their hair after a breakup. 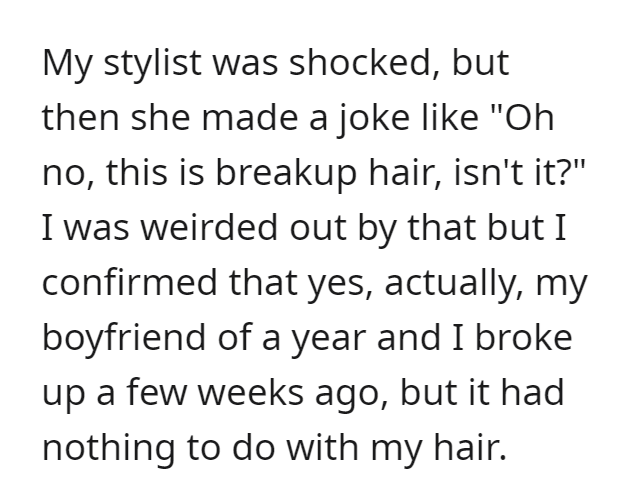 So in short, people do actually cut their hair after a breakup.

5. This is rude on the part of the OP as well. You have been going to a stylist for a few years, talking about your life and now you just don’t care about her words? 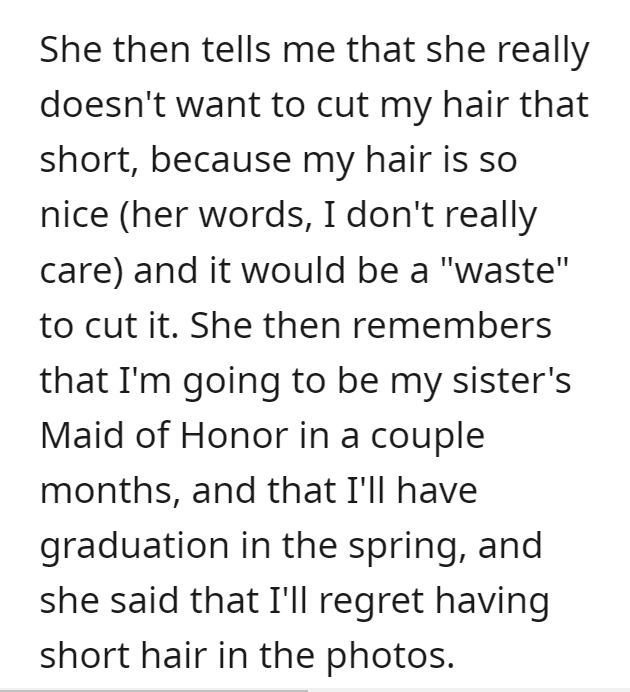 In my opinion, she was just giving an innocent suggestion.

6. That is something we can agree to. It was and should have been the OPs decision entirely BUT you did not have to be offended over it. 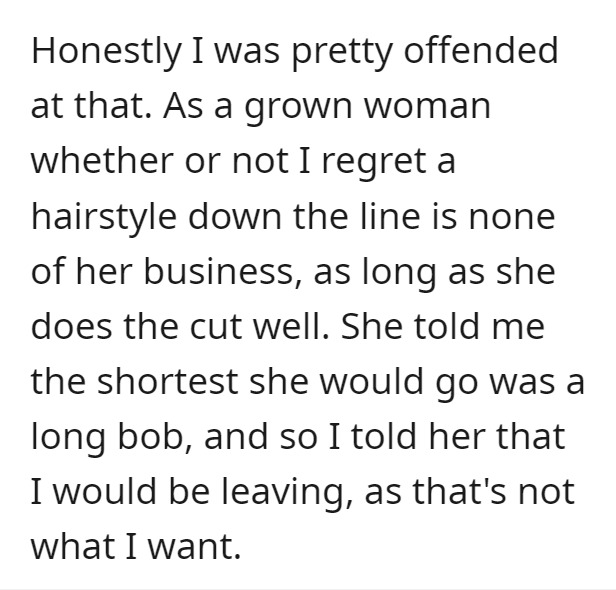 7. Now this is where the hairstylist takes the lead of being an a-hole as she should have kept it professional as well. 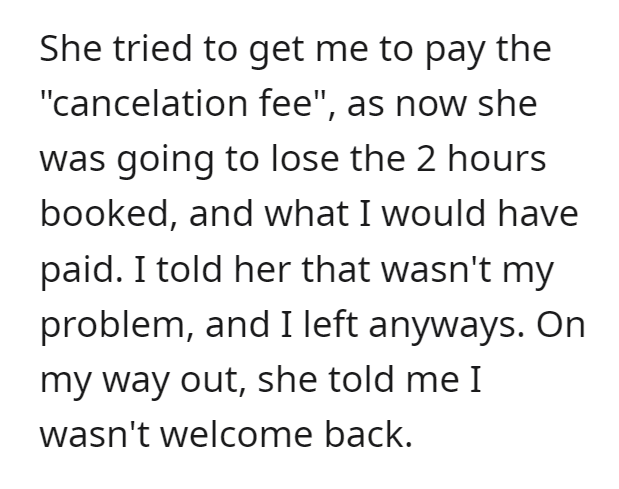 8. Honestly, I have mixed reactions to it as well and I think there’s a mistake at both sides. 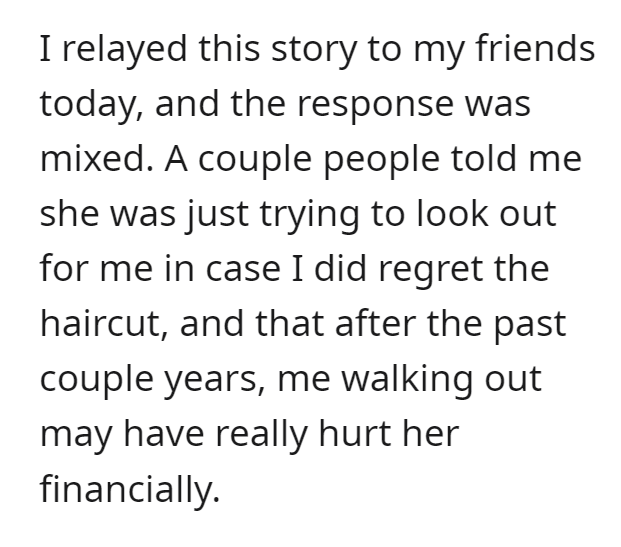 9. I don’t think Talia insisted a lot to keep it short. This conflict could have been solved through a dialogue without being offended over it. 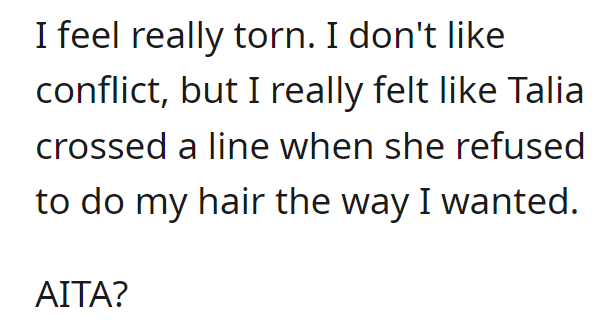 10. The explanation should have been more like – it was not something that big to be offended about. 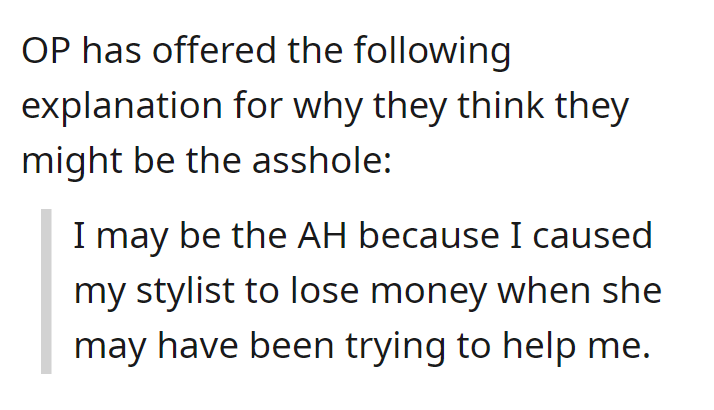 However, people still supported Op’s decision as it was not the hairstylist’s job to refuse the job that she has been hired to do.

11. Indeed it isn’t but then again, there was a backstory to it as well. 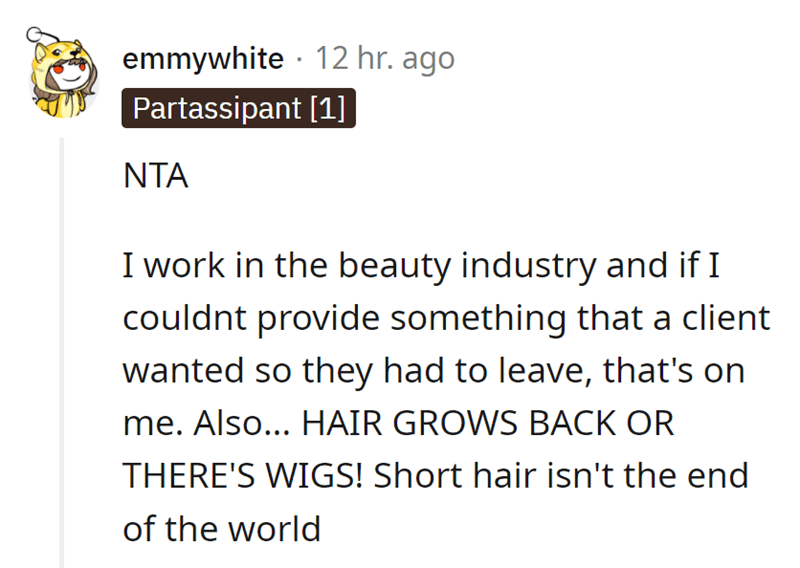 12. As far as not paying the cancellation fee is concerned, I think the OP made the right decision. 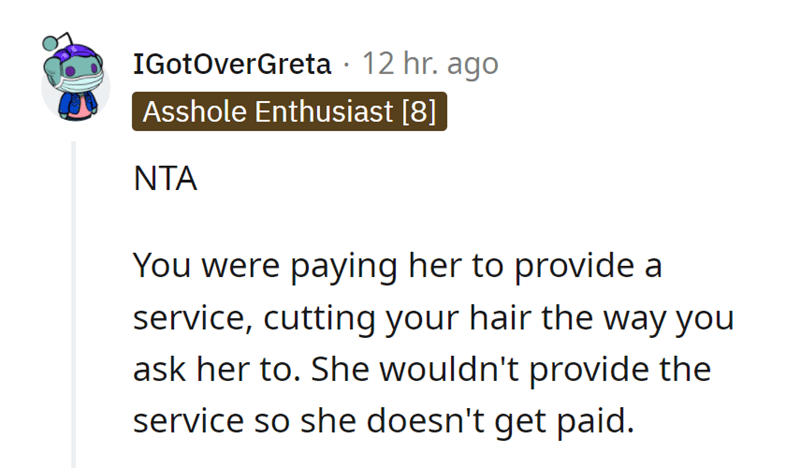 Well, that was all for today. I’ve tried to judge the situation neutrally and came to a conclusion that the mistake was on both sides. But I would still appreciate your opinions and suggestions regarding the story. Feel free to use the comments section below!