Our world is a mess right now. It’s so heartbreaking to touch this topic but it is so significant that we cannot ignore it. It is our world after all. I don’t have the budget to travel to Mars, so I will have to make do with what I’ve got. But what I have is deteriorating by the day. The Earth is about to enter the never-ending cycle of global warming, and we can already feel its effects. Many countries are becoming water scarce. And the global pandemic has made everything worse than it was.

And then there is the social aspect to all this as well. The discrimination towards minorities, unemployment, racism, public killings, sexism, school shootings, and the list goes on and on. And who’s to protect us? Our leaders? Well, clearly not because a majority of them are busy filling up their banks. So basically, we as a society feel we are broken and there is no more hope left. But what if I tell you that it’s not over yet, and that hope still exists? Would you believe me? Maybe some, but not many.

Well, today I’ve got some wholesome and adorable images for you guys to believe that a glimmer of hope still exists and it is only us, the general public, who can do something with it. Scroll down below for a refreshing experience. 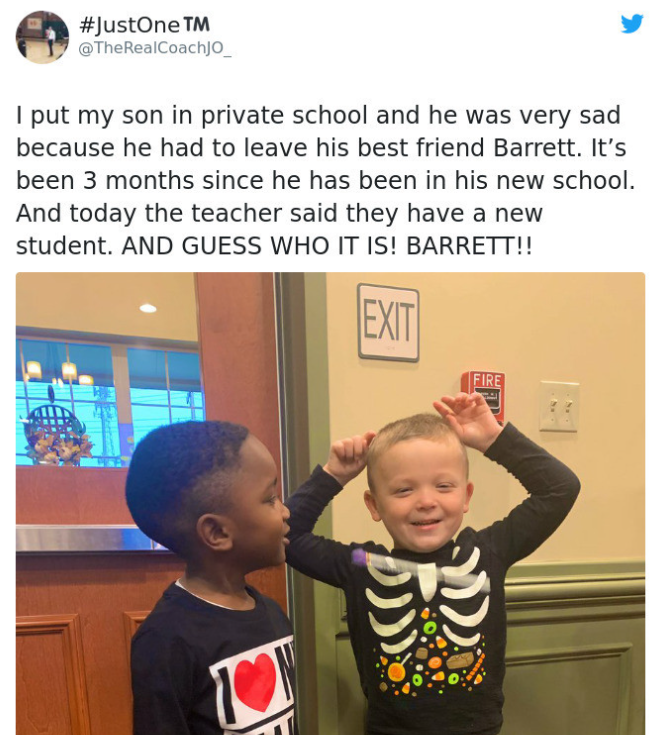 2. “My Son Has Parked His Bike By This Lamppost Just About Every Day For The Last Year. This Morning, This Sticker Had Appeared” 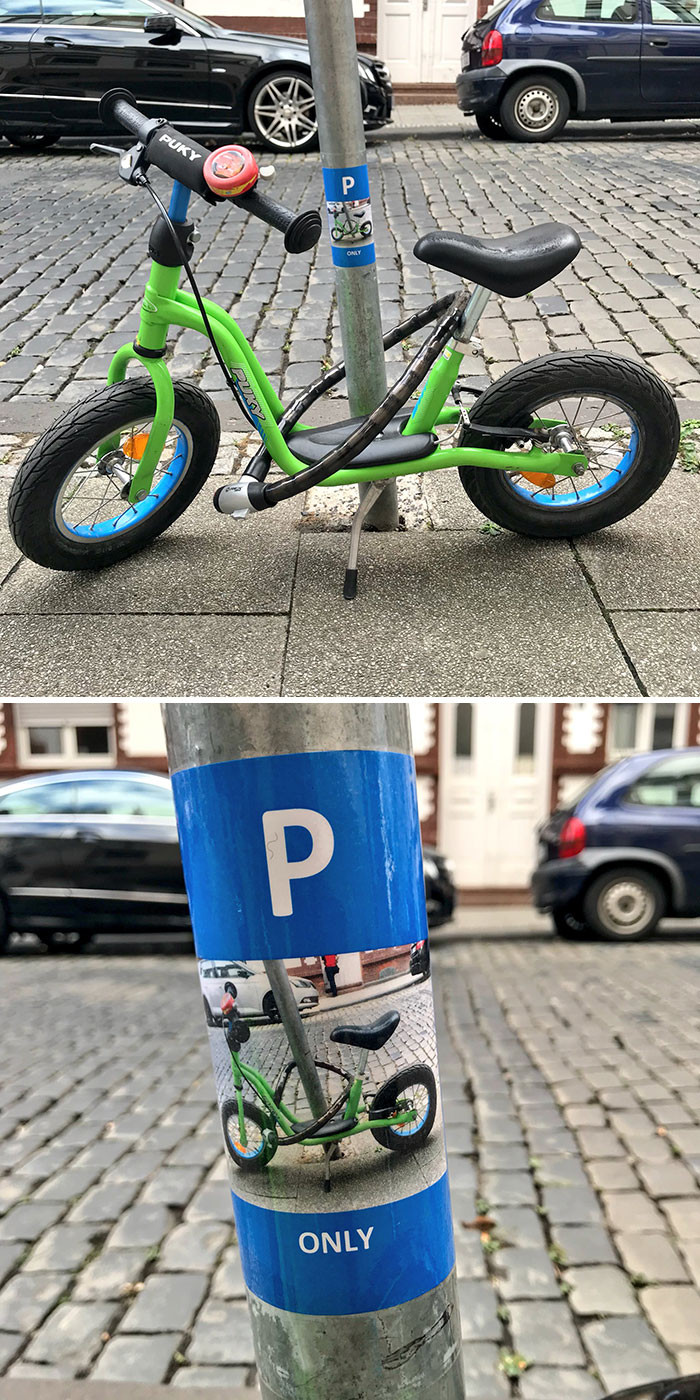 3. “Little girl thought my wife was a princess from her favorite book.” So adorable! 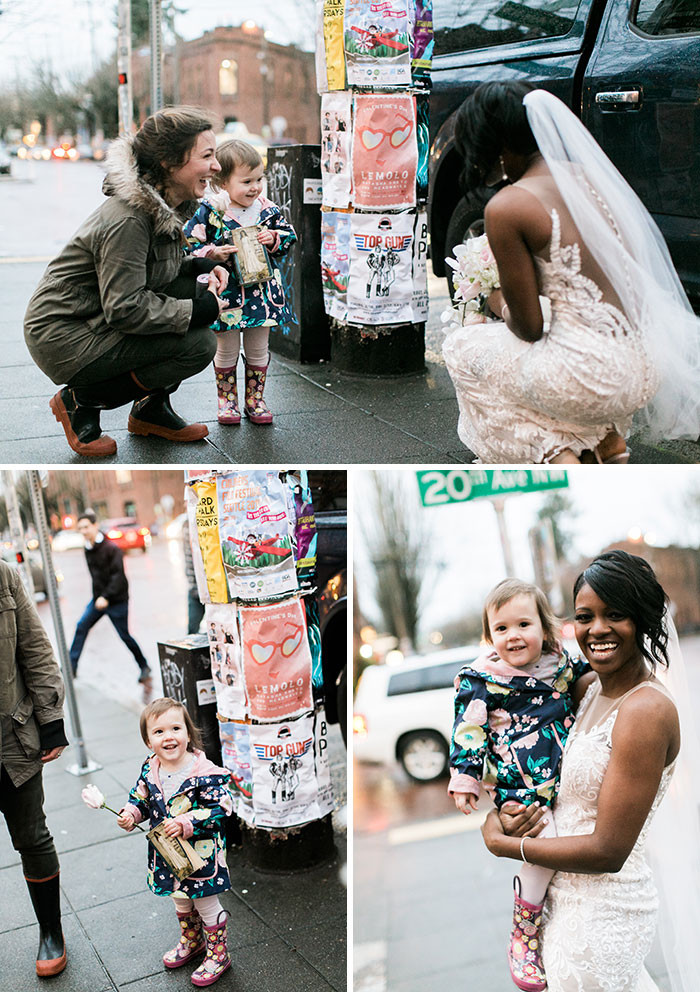 4. “My mom passed away and I adopted her cat. Here she is sitting on Mum’s ashes.”

5. One way of reinstating humanity is by removing hate. 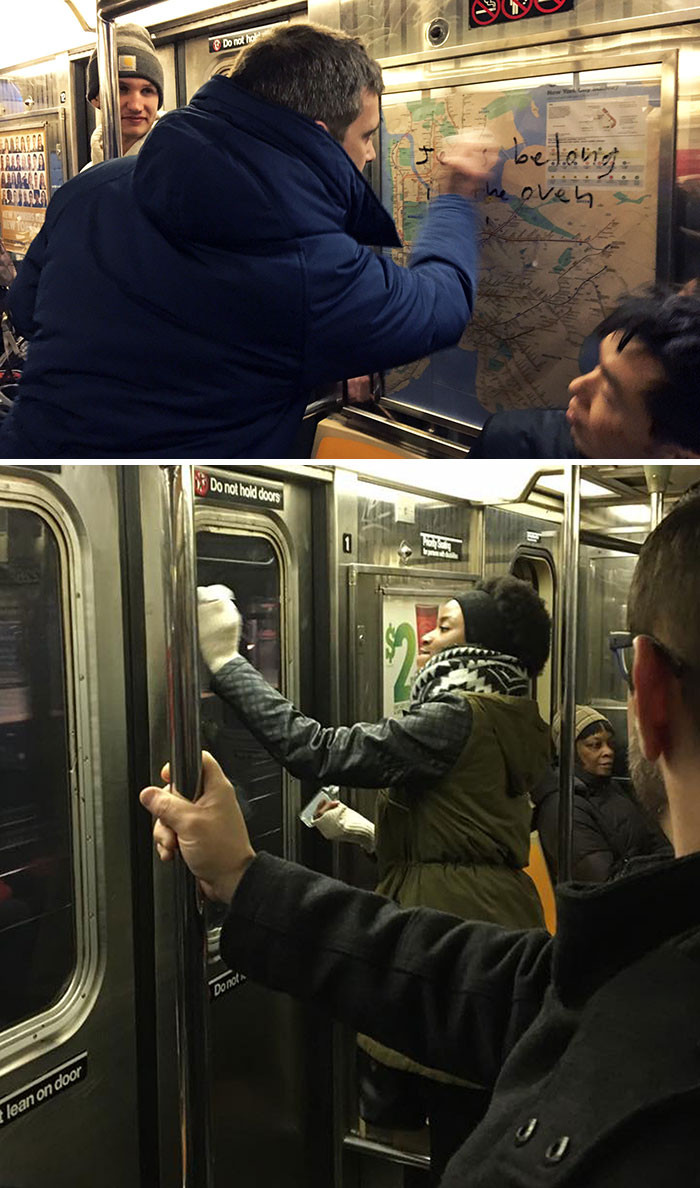 6. “Husband plants 1000s of scented flowers for his blind wife who suffered from depression.” 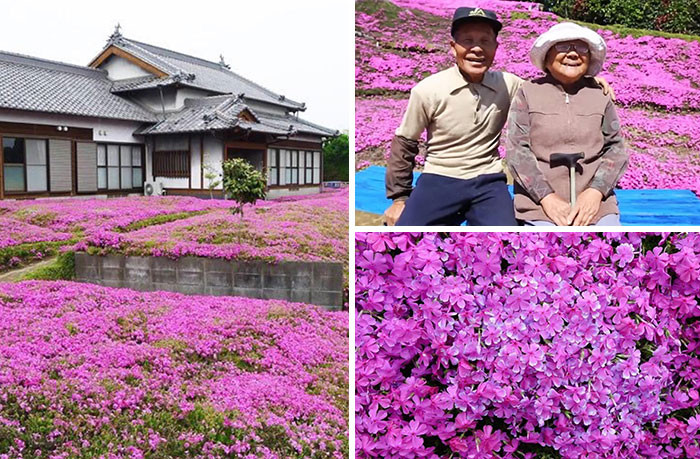 Here is what a witness of this beautiful act of kindness had to say, “Wanted to give a shout-out to this girl. No idea who she is, but we are in Wrigleyville on the rooftop of Old Crow Smokehouse. There was a blind Cubs fan trying to hail a cab for several minutes until the lady came up and asked him if he needed help hailing a cab. She stood there with him until one pulled up. Awesome to see such kindness in a world that the media portrays so much hate in. Share freely in hopes that her kindness spreads.”

8. Commitment leads to success. More power to you. 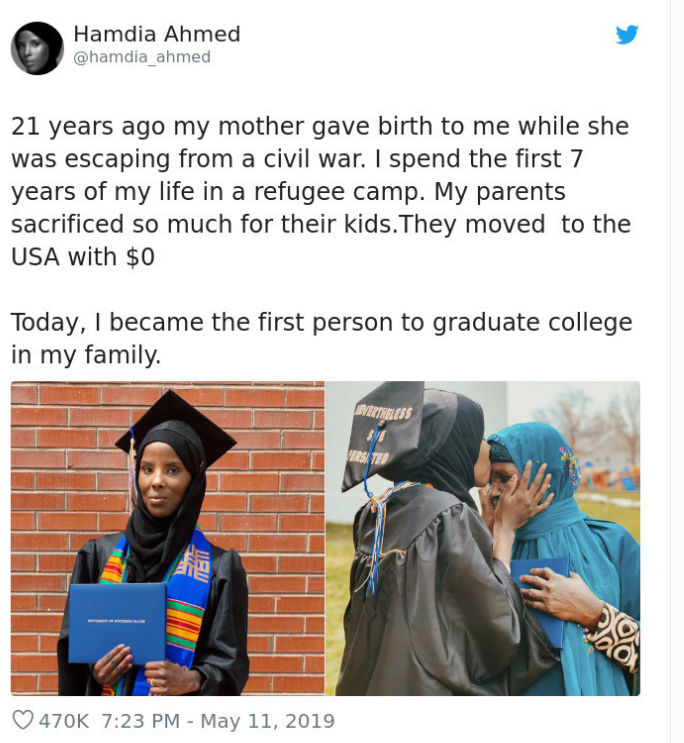 9. This groom burst to save a kid drowning, as he noticed during his wedding shoot. What a lad! 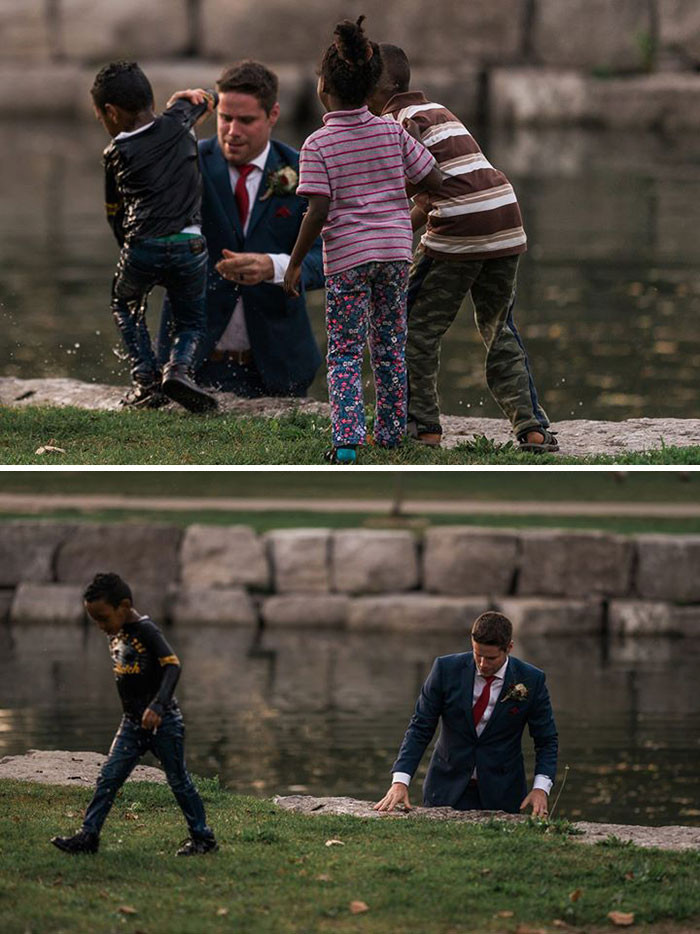 10. “Ever since my niece saw Toy Story, she shouts “I’m leaving!” and peeks at her room like this.” 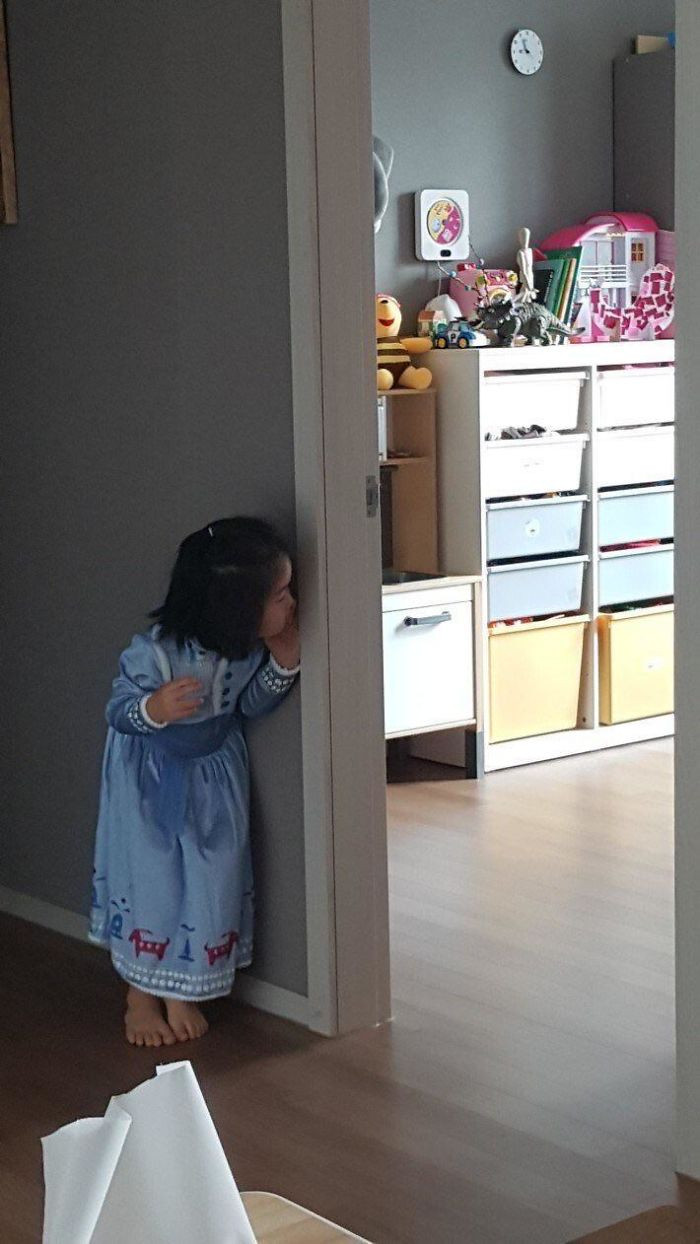 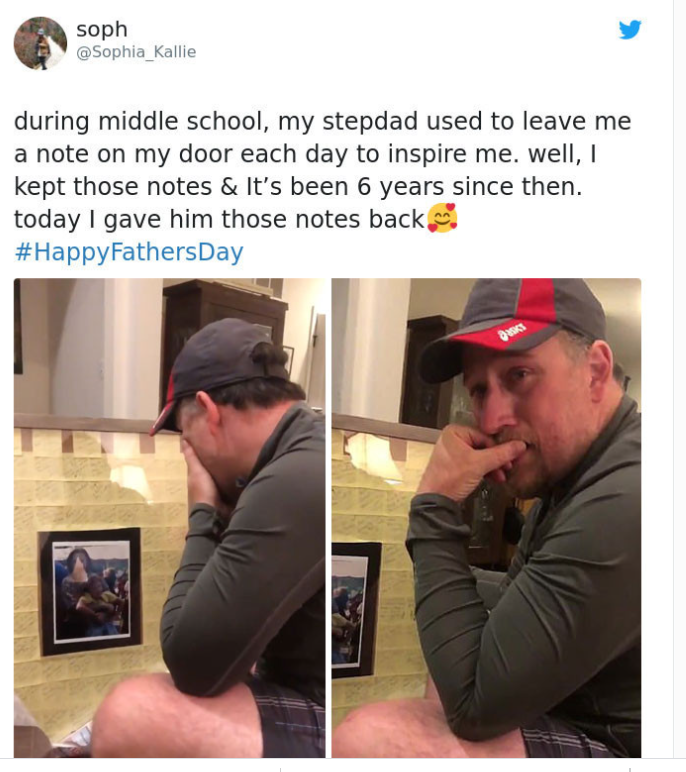 12. “I love it when a neighbor kid knocks on the door and asks if my husband can come out and play.” 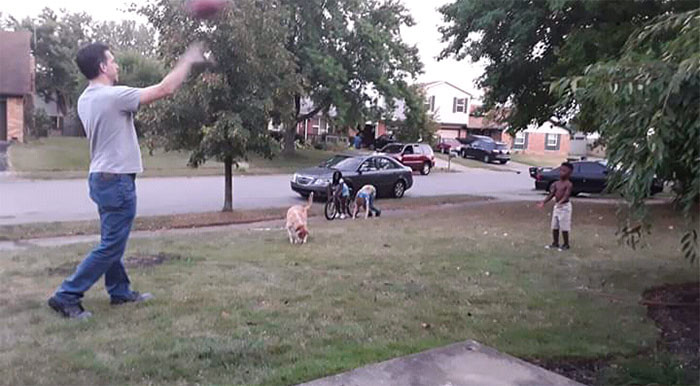 Such great and cute stories are helping restore my faith, and I hope the charm is working on you guys as well. And if you notice, these are not too huge acts like gifting someone a house or giving a homeless person a million dollars. These are small acts of kindness, and they have the most impact.

Scroll down below to enjoy some more wholesome acts of kindness.

13. “This man is recycling old picnic coolers into shelters for stray cats for winters.” Very cool. 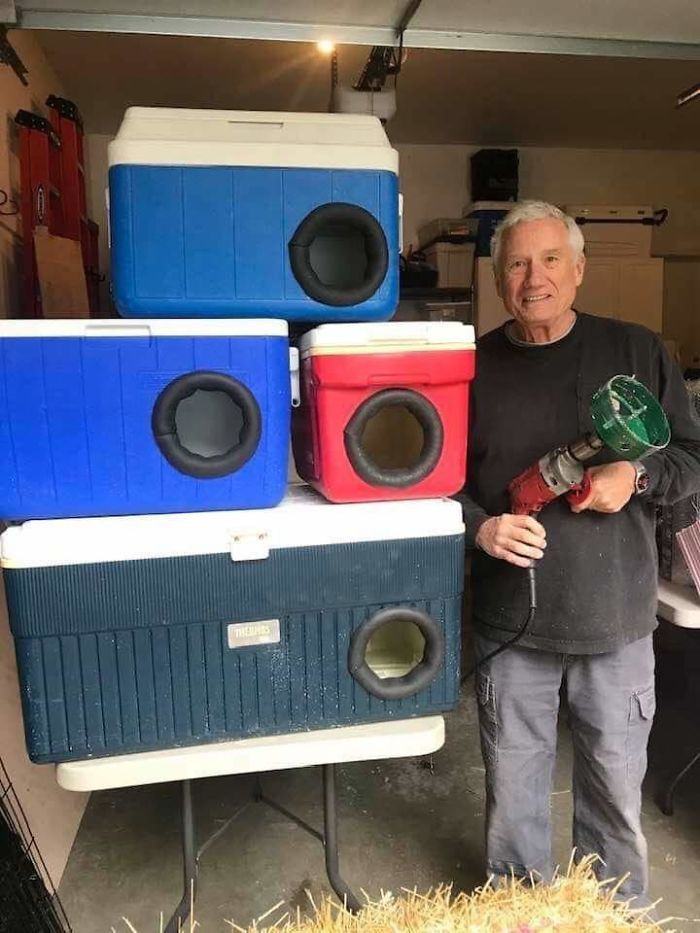 14. “Standing in front of the slave quarters of our ancestors, at the Whitney Plantation, with my medical school classmates. We are truly our ancestors’ wildest dreams.” 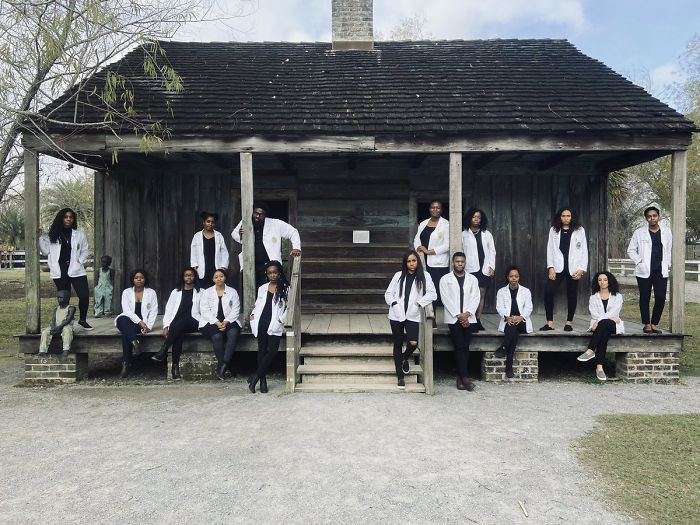 15. “I told my grandma I was bisexual a few weeks ago and today she gave me this. My grandma made me a rainbow sweater.” Society is not broken. 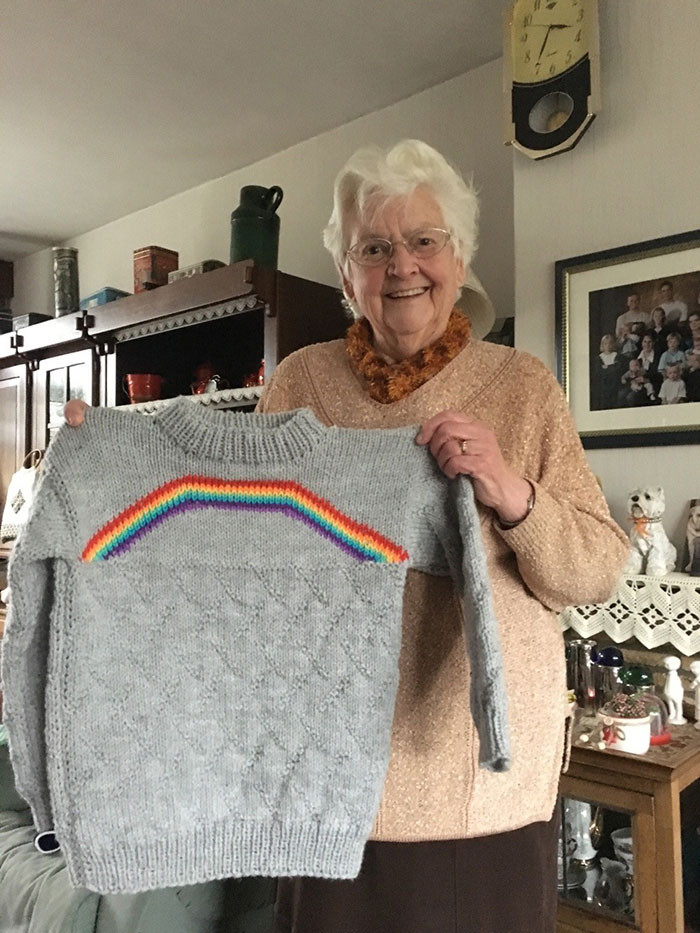 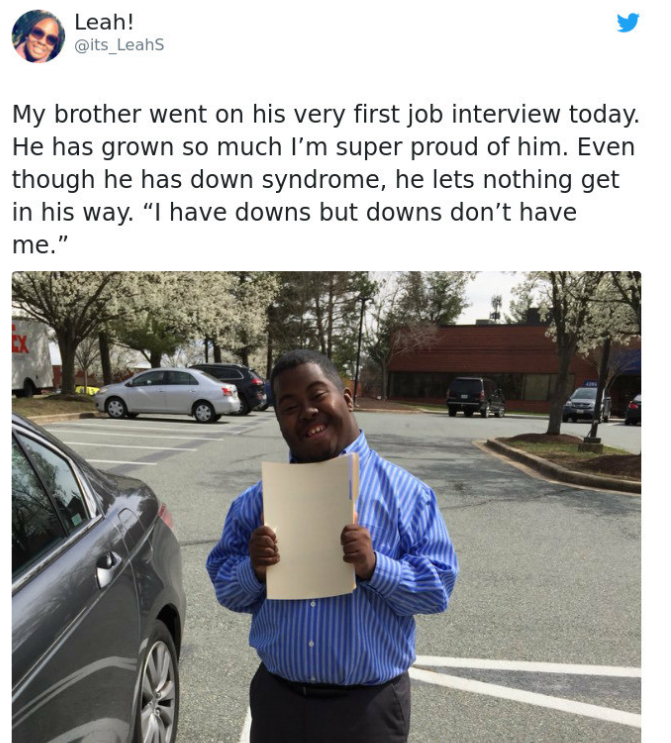 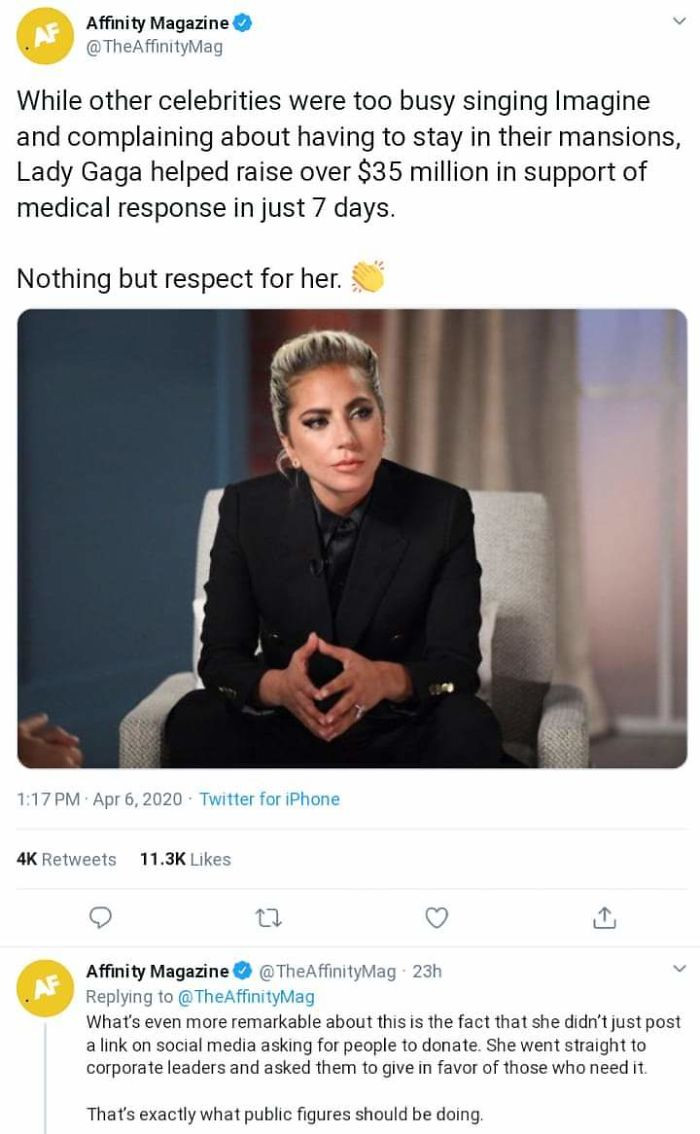 18. I’m speechless. Such examples make my belief stronger in humanity. It is only us who can help us. 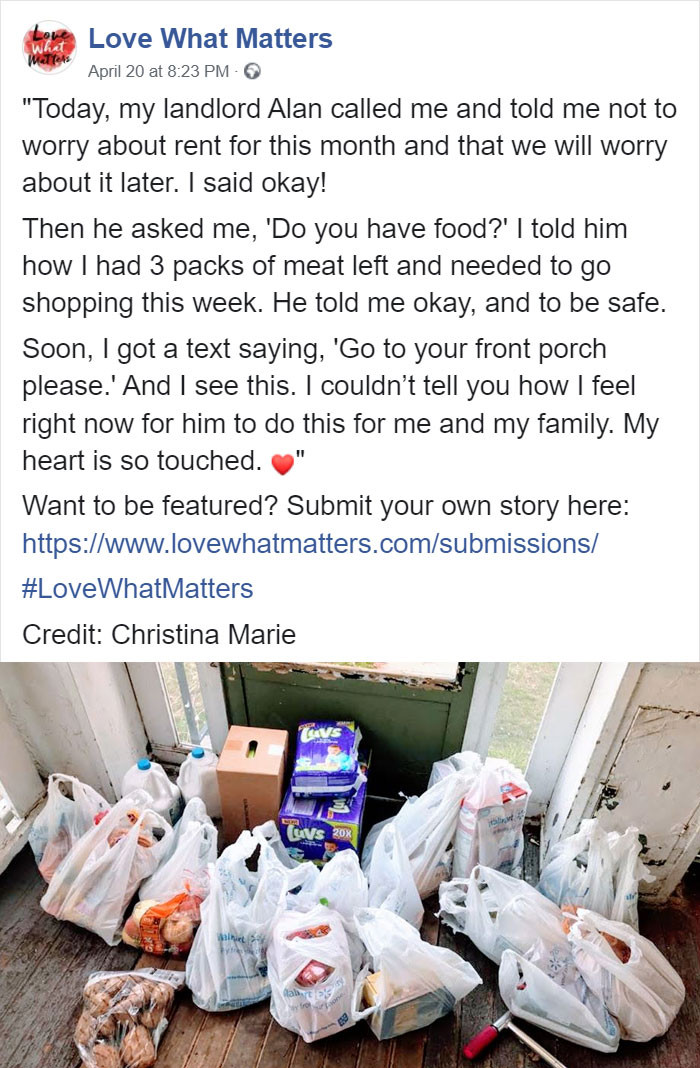 Via Love What Matters 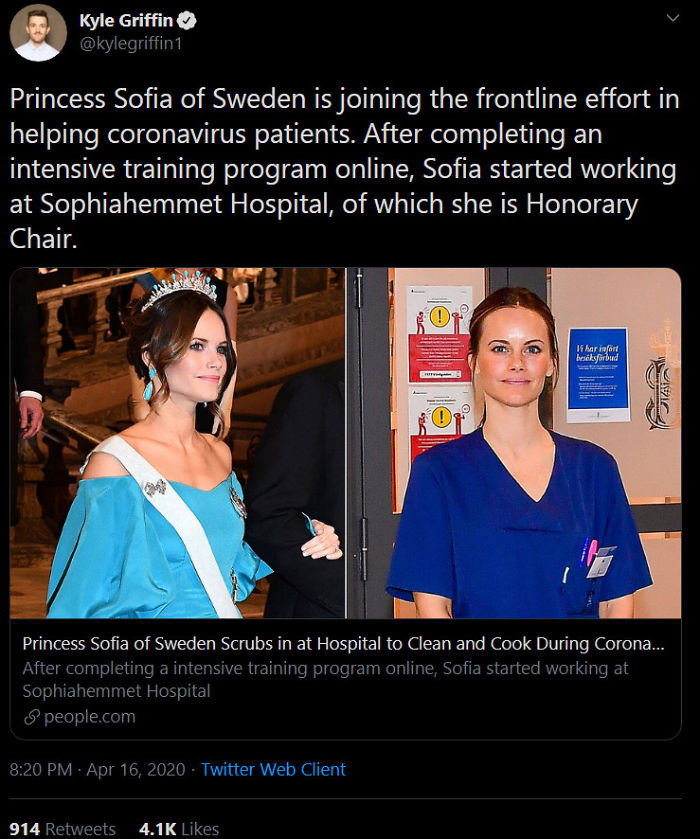 20. Firefighters helped this 62-year-old forest ranger on his death bed, pay a final visit to the woods. Wow! 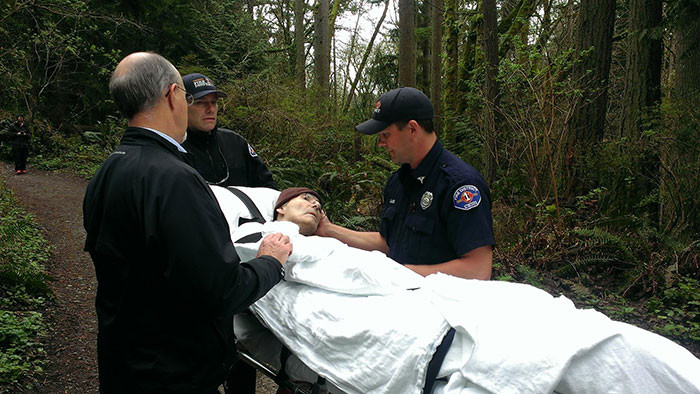 21. “Today I found out that the overnight security guard at my work knits boots and mittens for premature babies at the Edinburgh Royal Infirmary.” 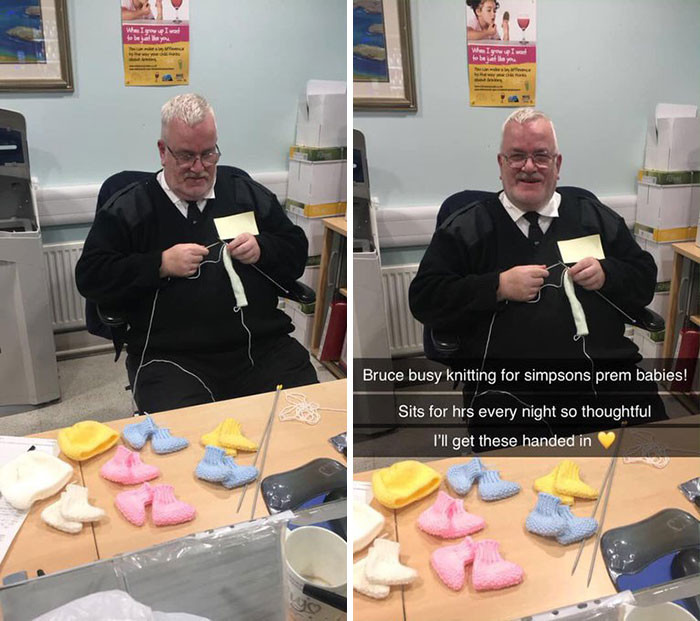 22. “Woman holds and comforts a homeless man experiencing medical and emotional distress on the subway platform until EMS arrives.” 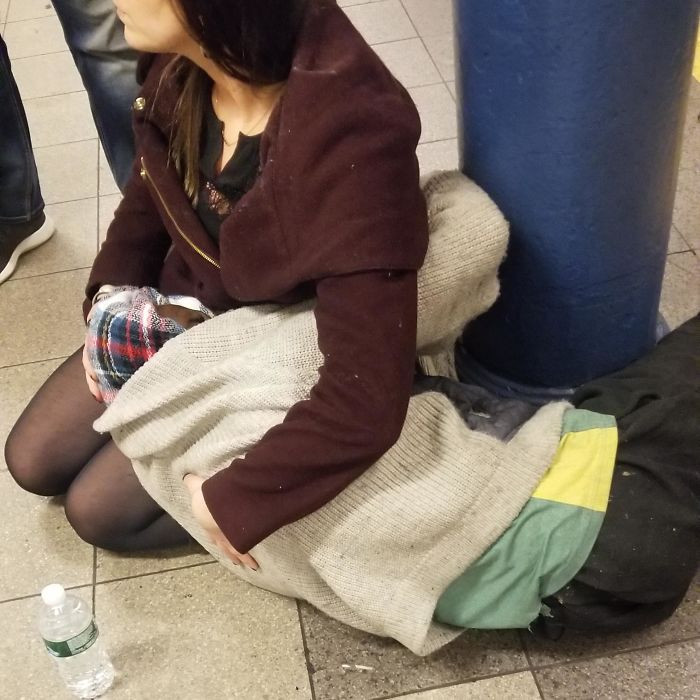 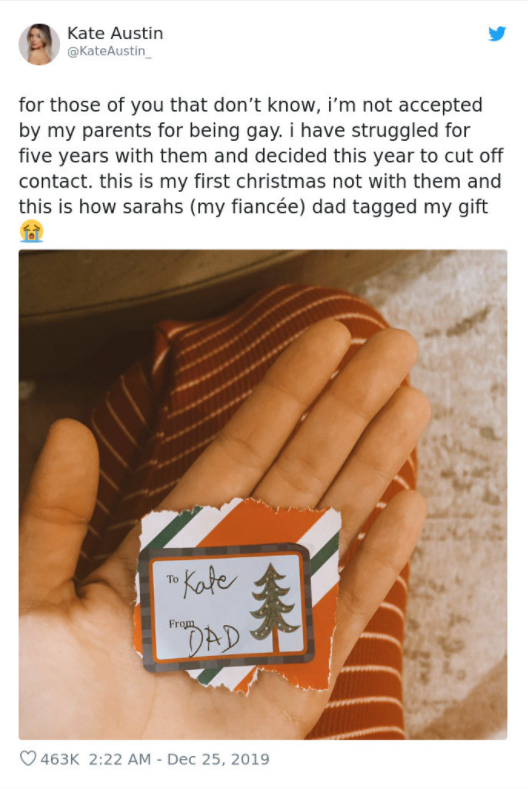 24. “This time 4 years ago I was in the ER losing my 6th baby. I refused to give up. This is me meeting my daughter, my lucky number 7, for the first time.” 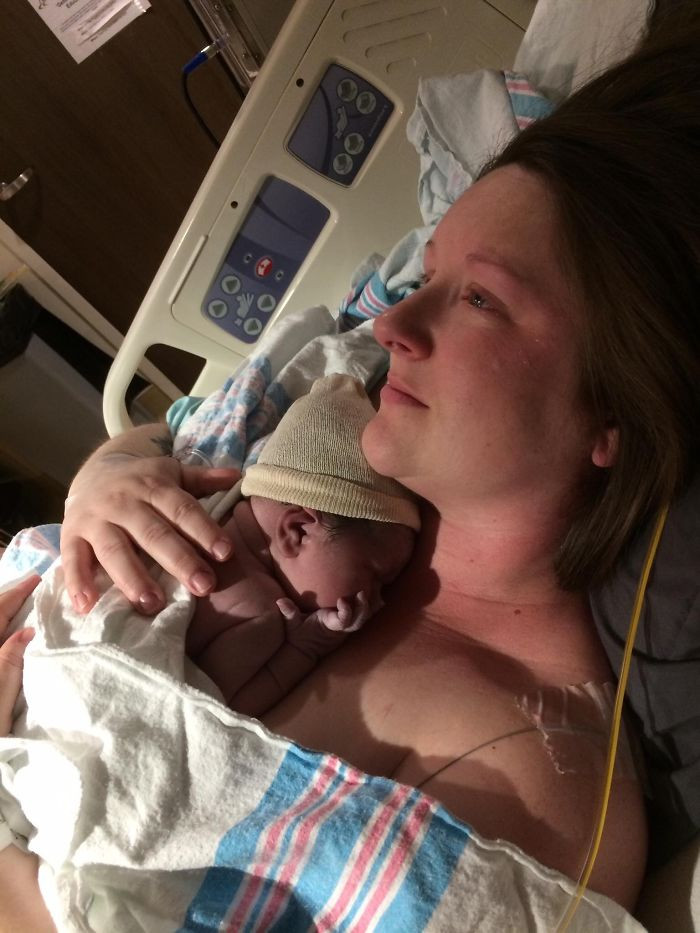 25. “My little sister leaned to sew so she could make face masks after a hospital made a post asking for them.” 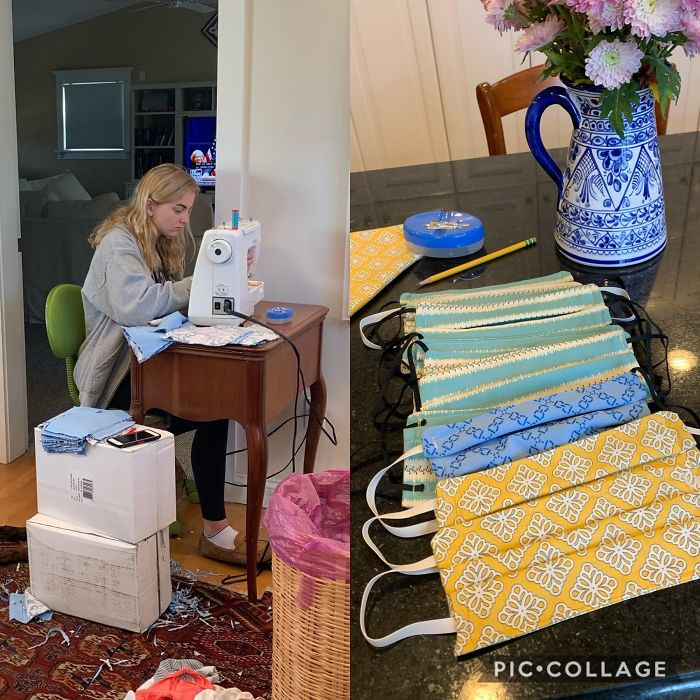 So, did this post manage to successfully convert you? I hope it did. Although the world is so much in trouble, such small things to make someone’s day a little better is all that is needed for all that stress to just vanish. I don’t know if the damage to our society is beyond repair or not, but all I know is that humans can make a difference if they want to.

I hope you guys enjoyed it. Feel free to share your thoughts in the comments down below.