Tattoos are a permanent way to create art.

I know some people like the fleeting nature of art, like body paints or creating something out of the sand before it washes away. However, others choose to create tattoos which is like drawing on a human canvas but you can’t make any mistakes because it is permanent. I mean, you can laser it off but that is more expensive than the tattoo itself.

While I am no tattoo aficionado with only two tattoos myself, I absolutely adore the creepy style that some people like in their tattoos. It looks especially awesome when done in black and white and you can even create a 3d effect on a human’s skin when looking from certain angles. Well, that is why we have chosen the following tattoos to feature today.

So just scroll below to take a look.

#1 I mean, who wouldn’t want a coffin of a skeleton with a reaper in its hand on their leg? Only a crazy person would decide to not do so! 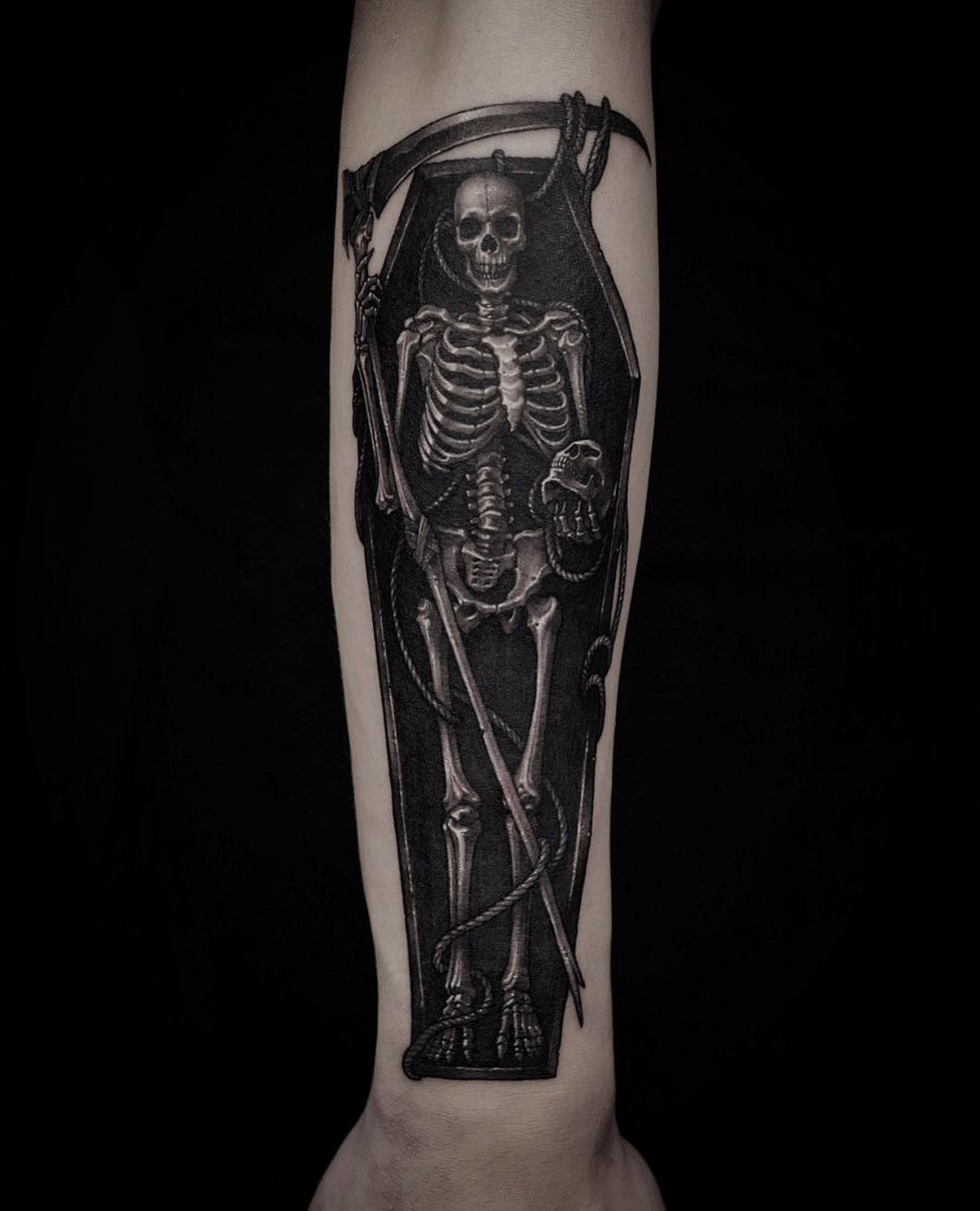 #2 This is for those people who want to get a hand tattoo and are not afraid of getting touch-ups. 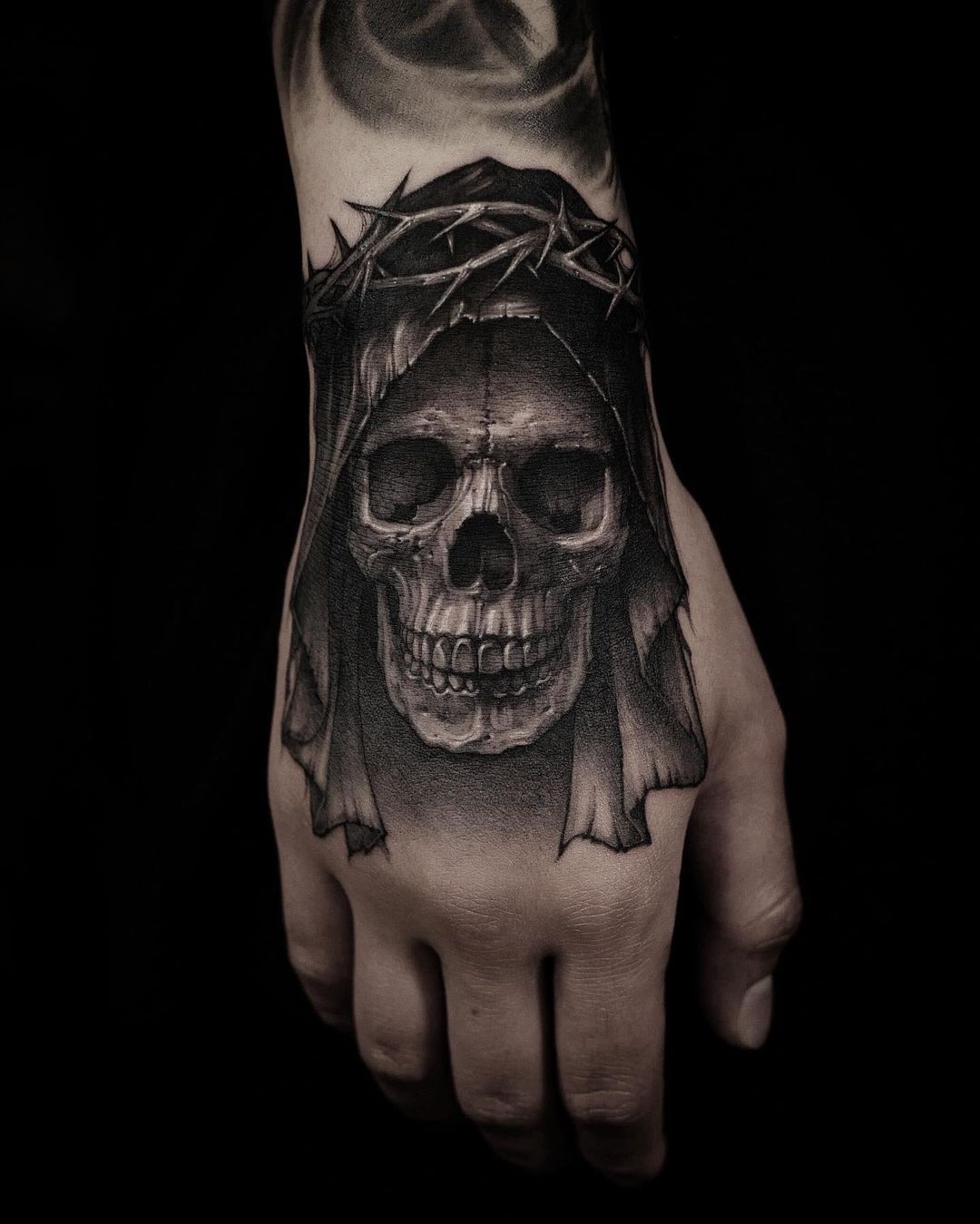 #3 This is a very detailed tattoo. However, it doesn’t leave a lot of space to add other tattoos. 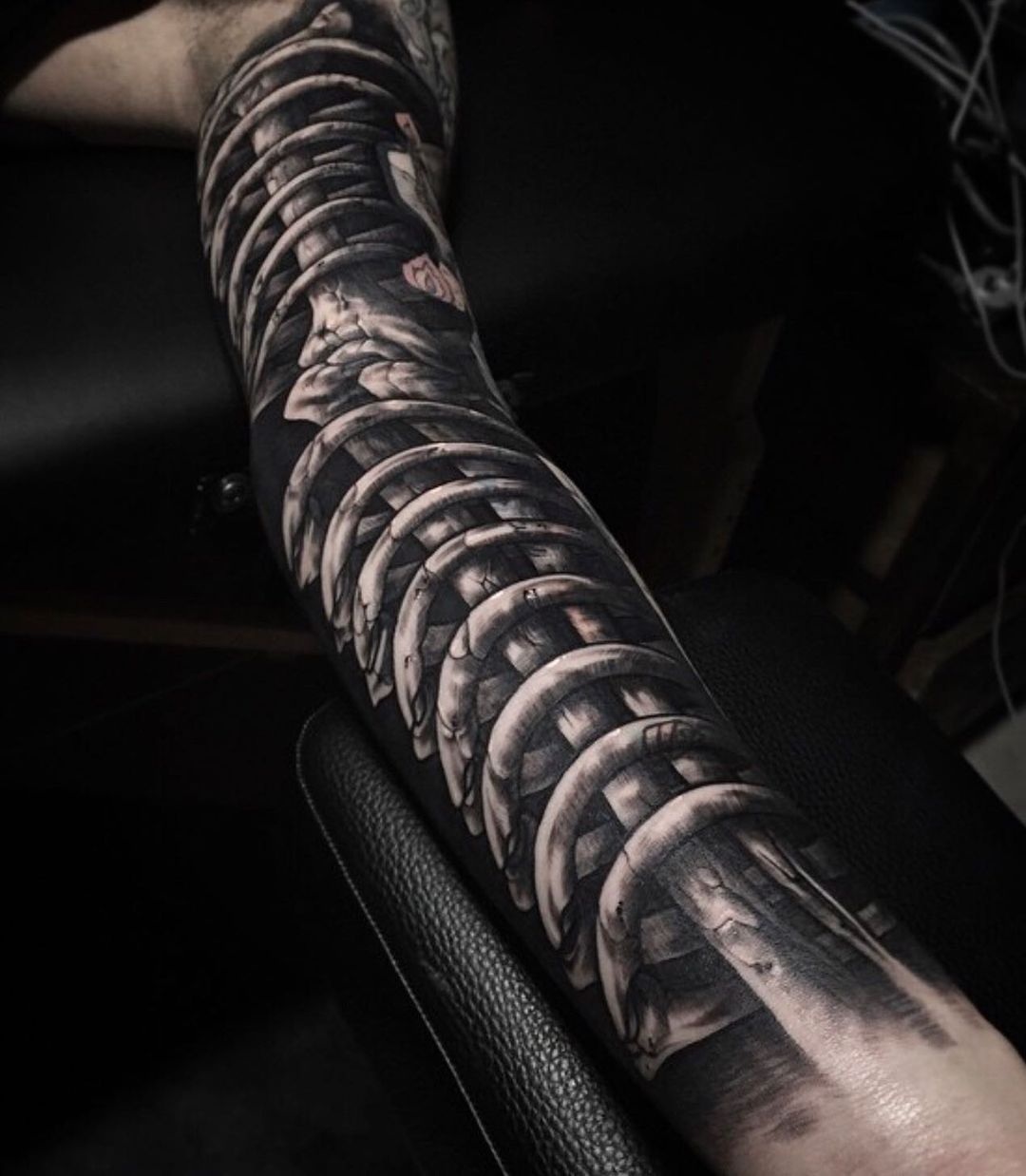 #4 This would go perfectly with the above skeleton arm tattoo. 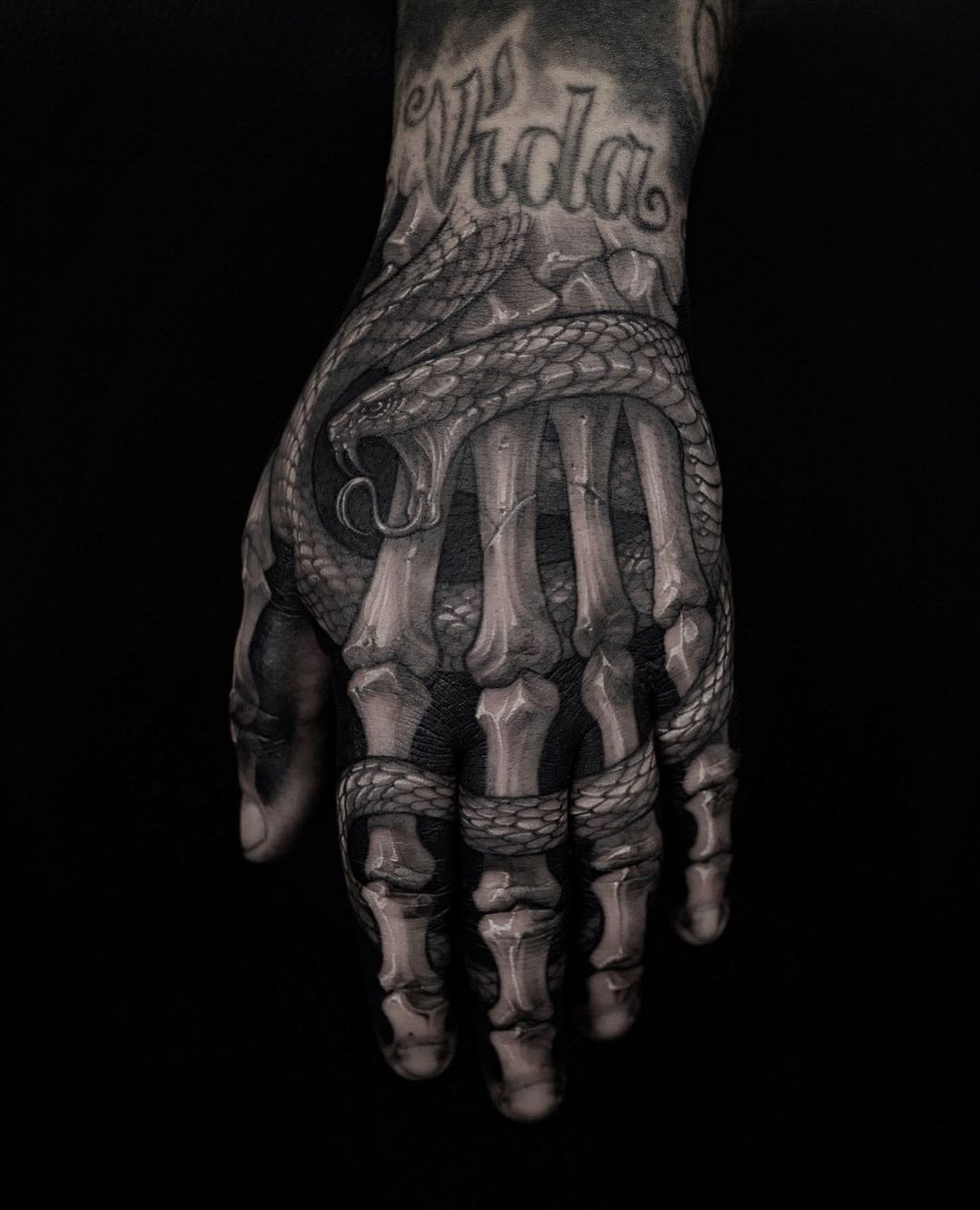 #5 Love tattoos and creepy things? Get this tattoo of a cat showing its skeleton! 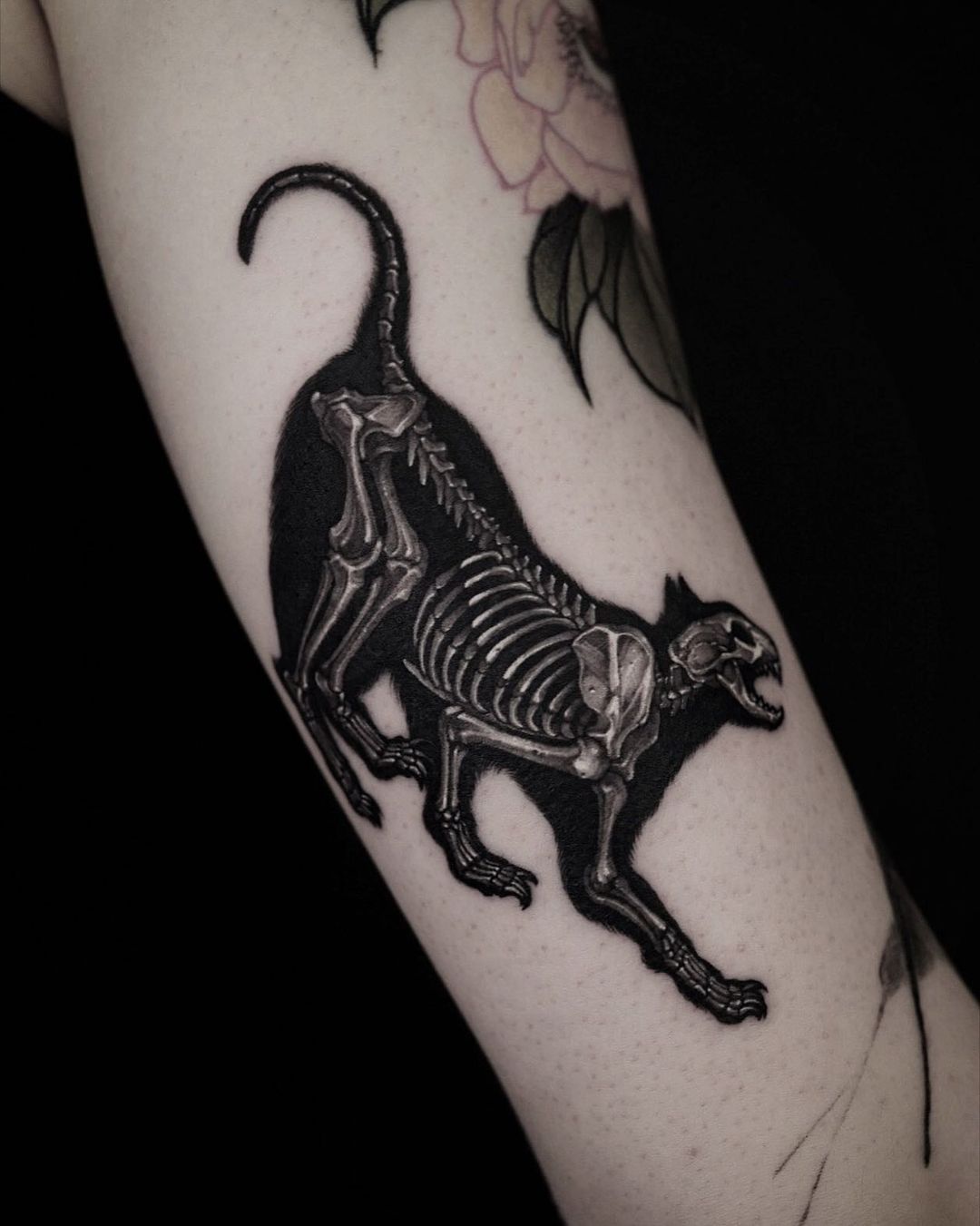 #6 This might be a cover-up job but I would get this one just because it looks so cool. 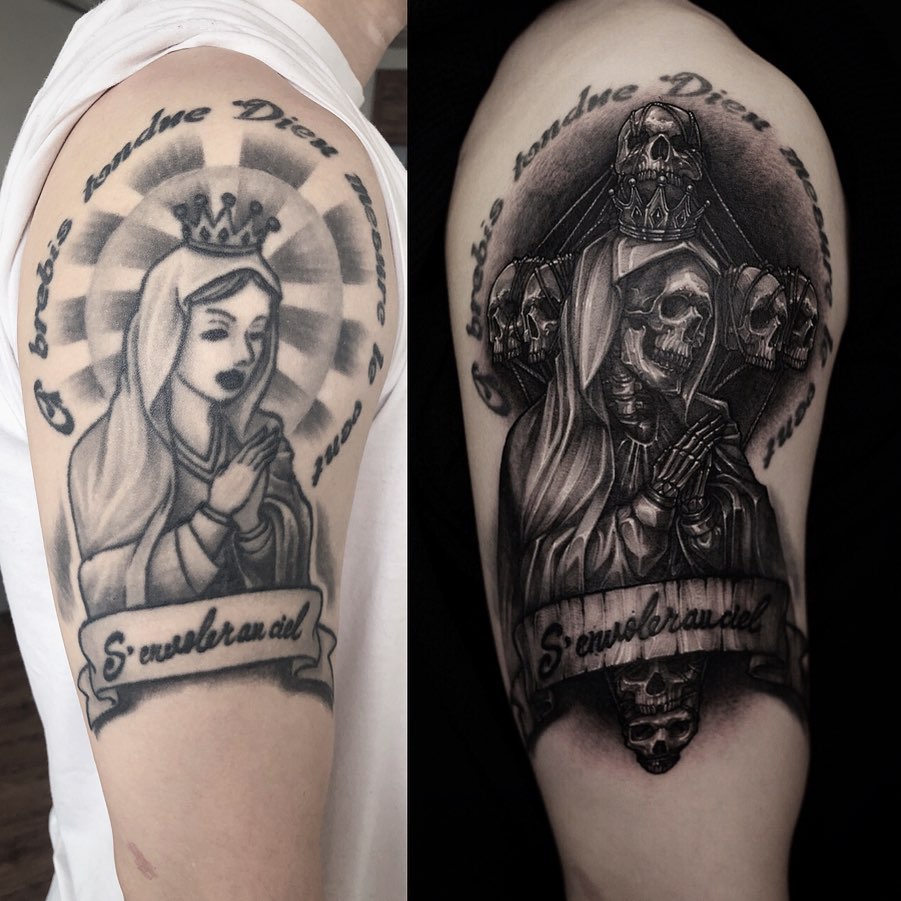 #7 We all have the same bones behind all the masks we wear after all.

I know that tattoos are really decisive for people. Some people love it and would like to have their whole body tattooed while others hate even the thought of getting their skin ‘marked’. There is merit to both of these schools of thought as if you get a tattoo in the heat of the moment, you might come to regret it later on. So just think before you let the needle pierce your skin.

#8 Break the statue and you get a demon mask? Now that is creative! 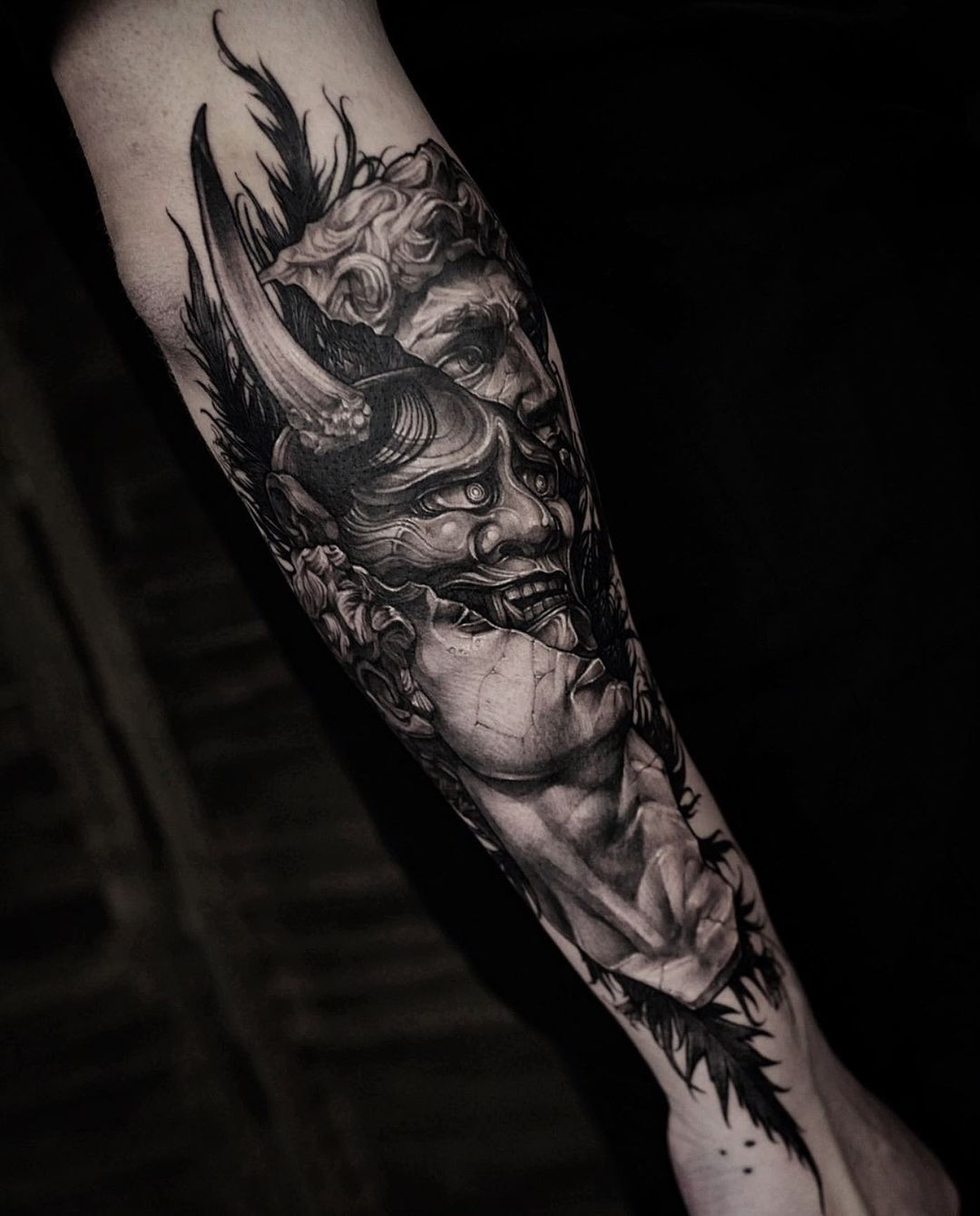 #9 This looks like the skull of Cthulu or something. 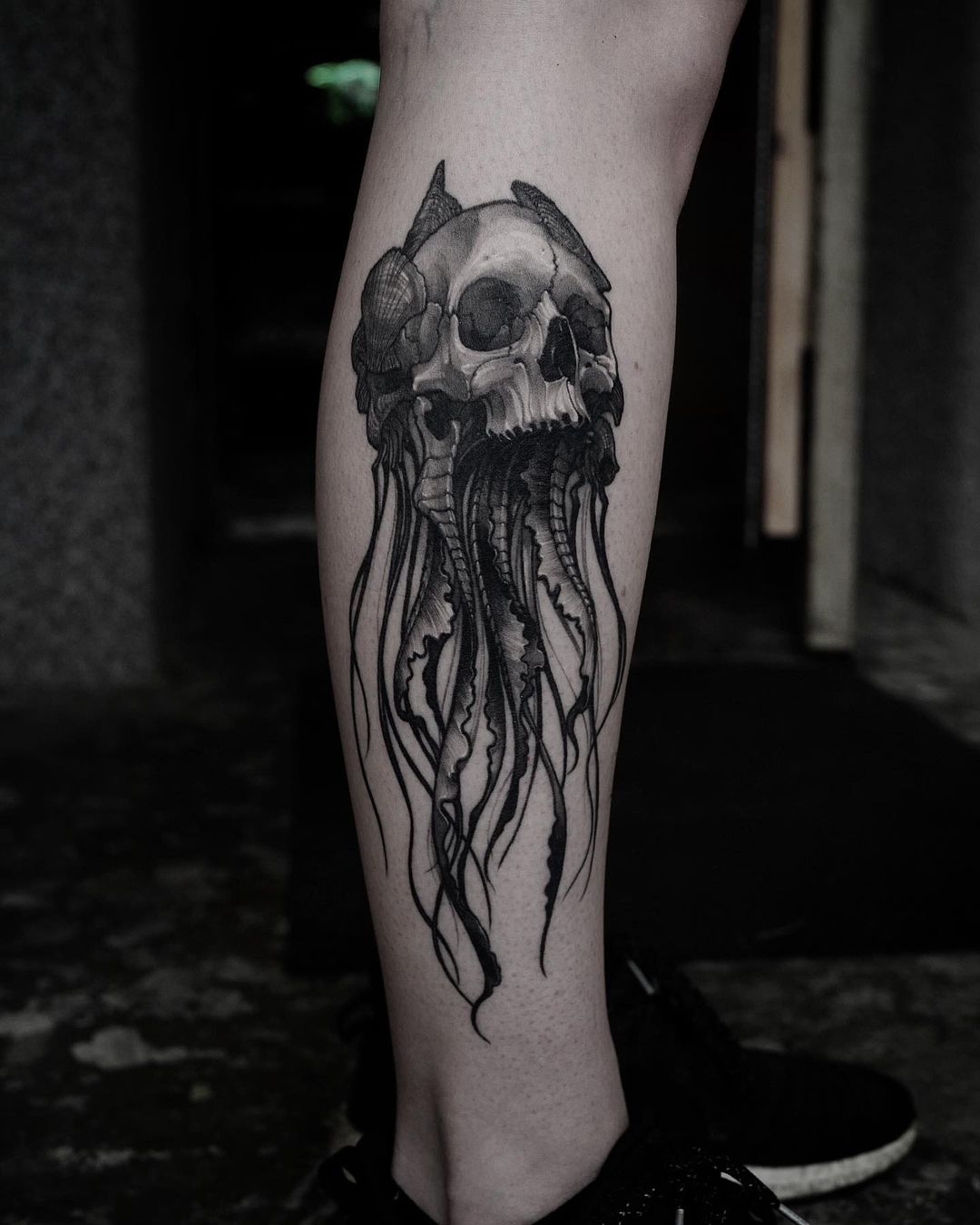 #10 However, if you want to go bigger with your tattoo, here is a beautiful back piece. 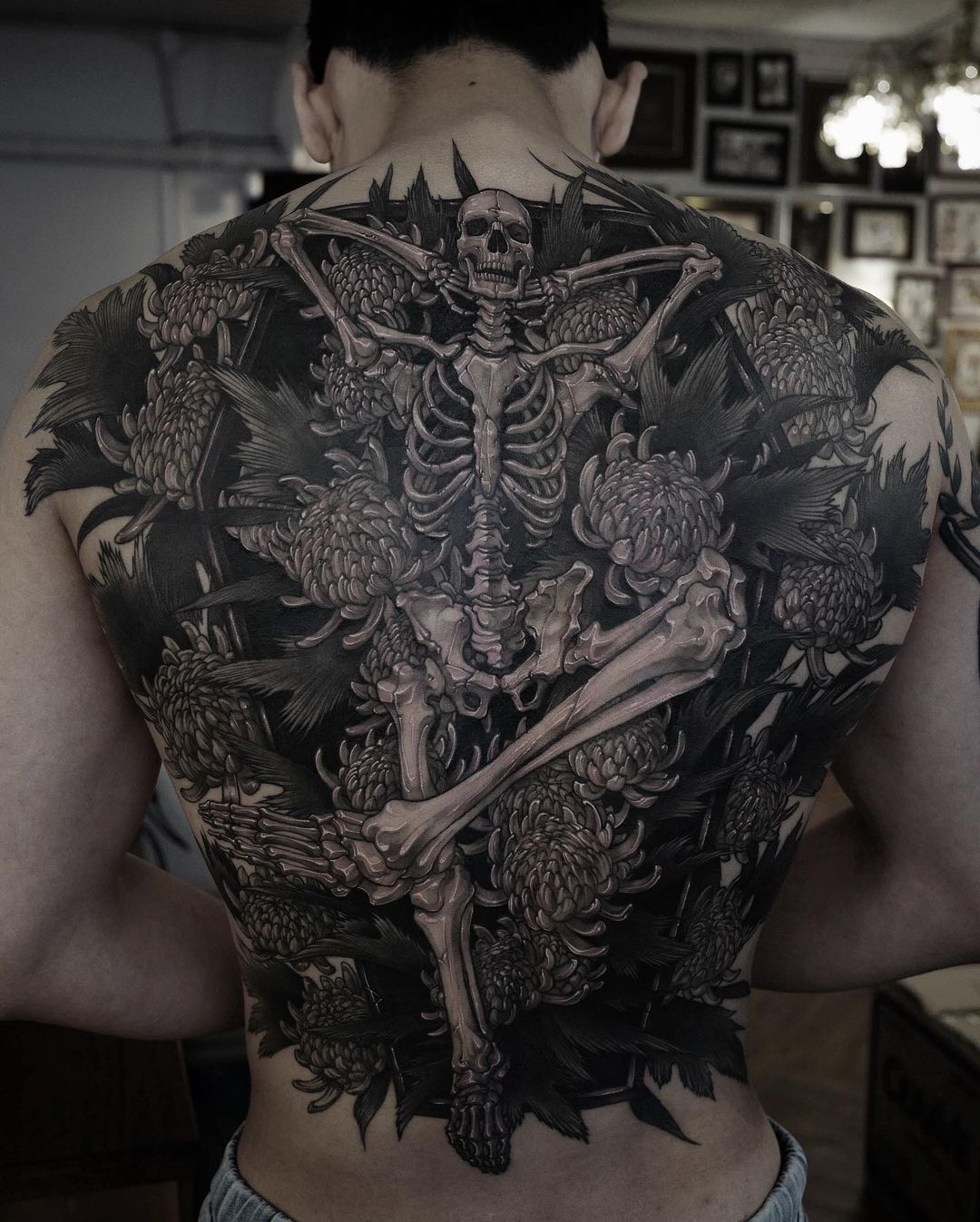 #11 Don’t worry, we have something for dog lovers as well.

#12 That is one detailed scorpion. I just hope it doesn’t sting us. 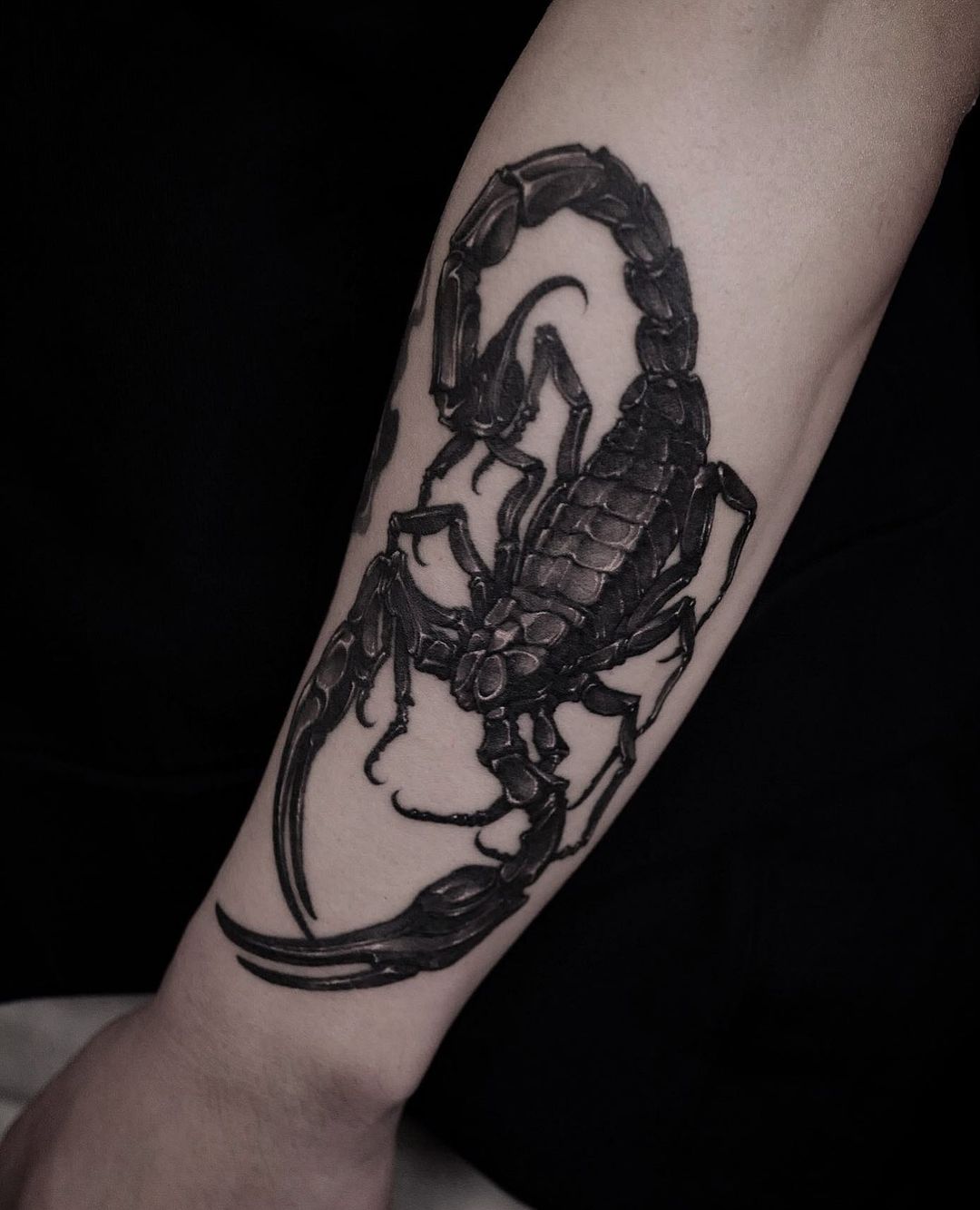 #13 I always call myself a poet but this person advertises it on their skin. 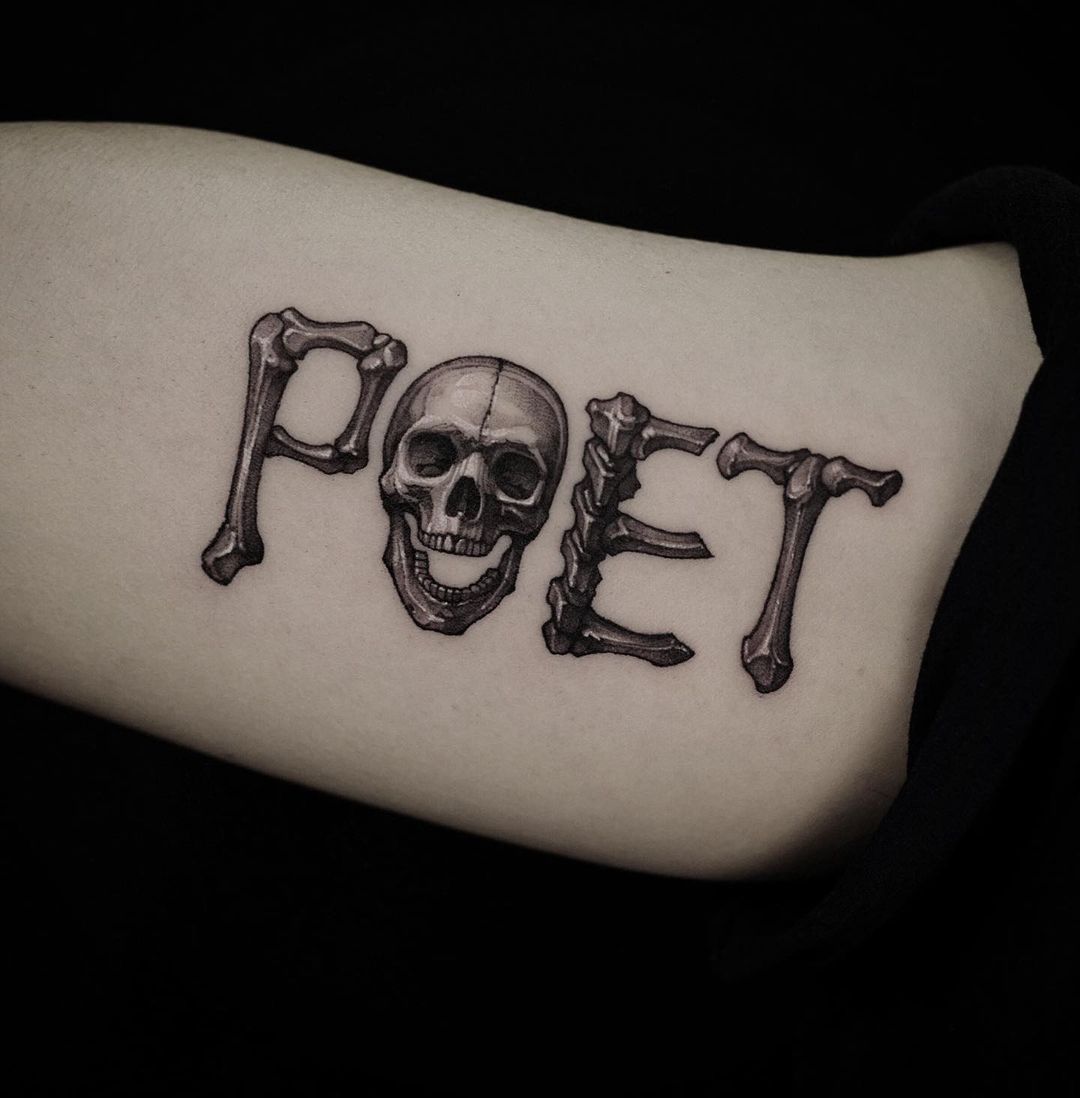 #14 So this is how the skeleton of Pikachu looks? Didn’t think I needed to know that. 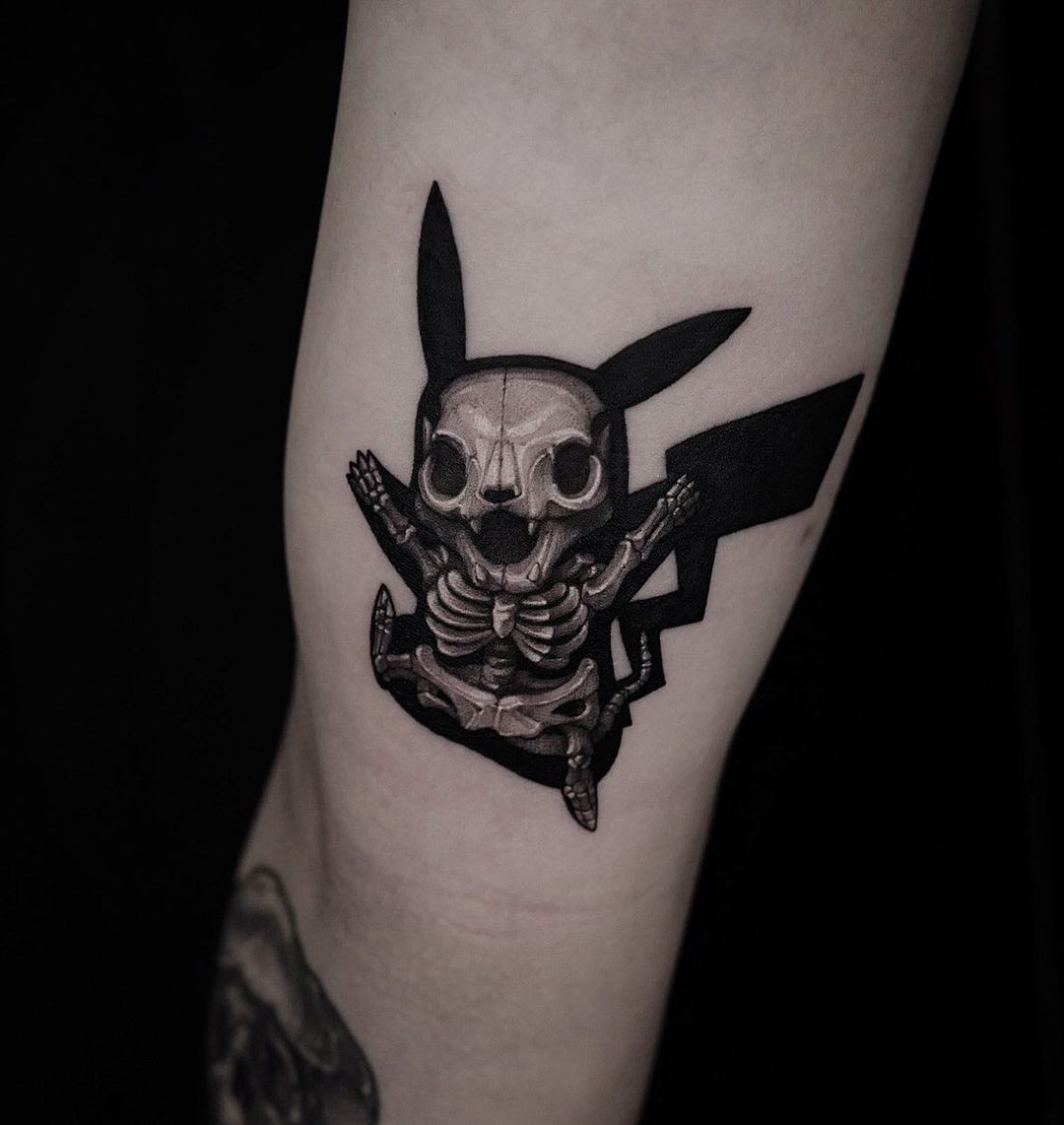 What do you think of these tattoos? Would you ever get something similar to the ones seen above? Let us know in the comments below and don’t forget to share with the one friend who you think will look really cool with these tats.