It’s awful to see that most animals get abandoned during their last years of life. It’s the coldest thing someone can do. Imagine a dog that is adopted by someone who spends its entire life with a family. It grows with them and makes billions of memories with whoever adopted him and when he’s at his last moments, its owners decide to abandon it. That’s the saddest thing anyone can think of and no animal should be subjected to a fate like that. 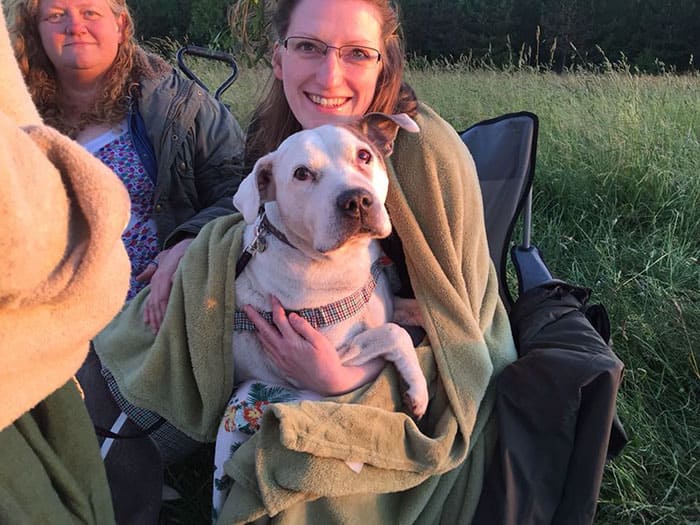 So this woman by the name of Nicola Coyle opens a hospice for terminally ill dogs. 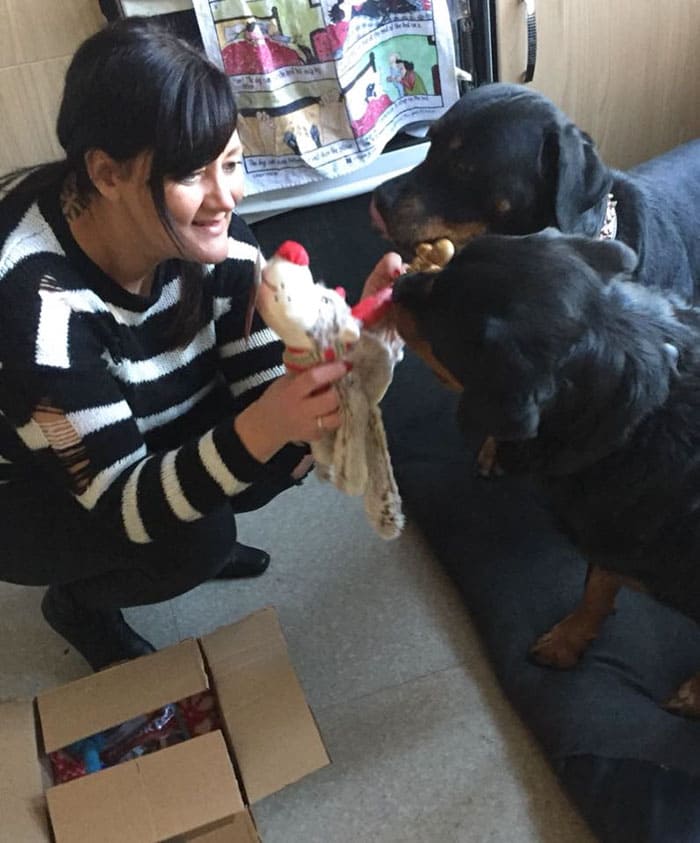 The hospice is called  The Grey Muzzle Canine Hospice and it is located in Mansfield, Nottinghamshire where Nicole takes care of all the dogs that show up to the hospice. 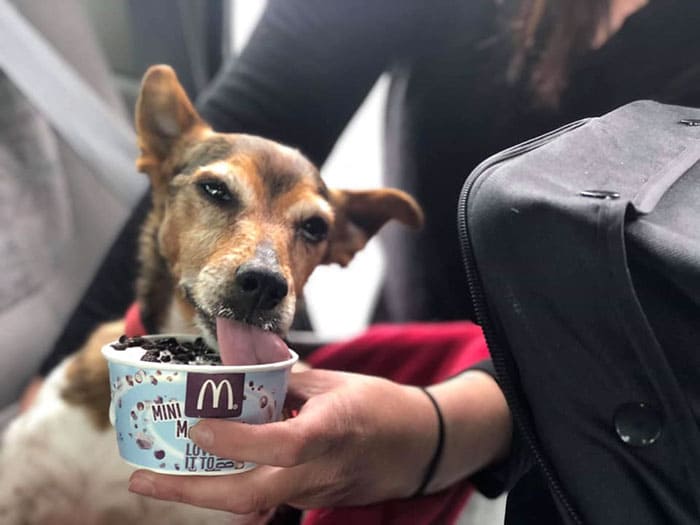 Mostly the dogs that turn up to the hospice have a very short time to live. Approximately 6 months of their life but here they’re treated very well because the team operating here are passionate about their furry doggo friends. 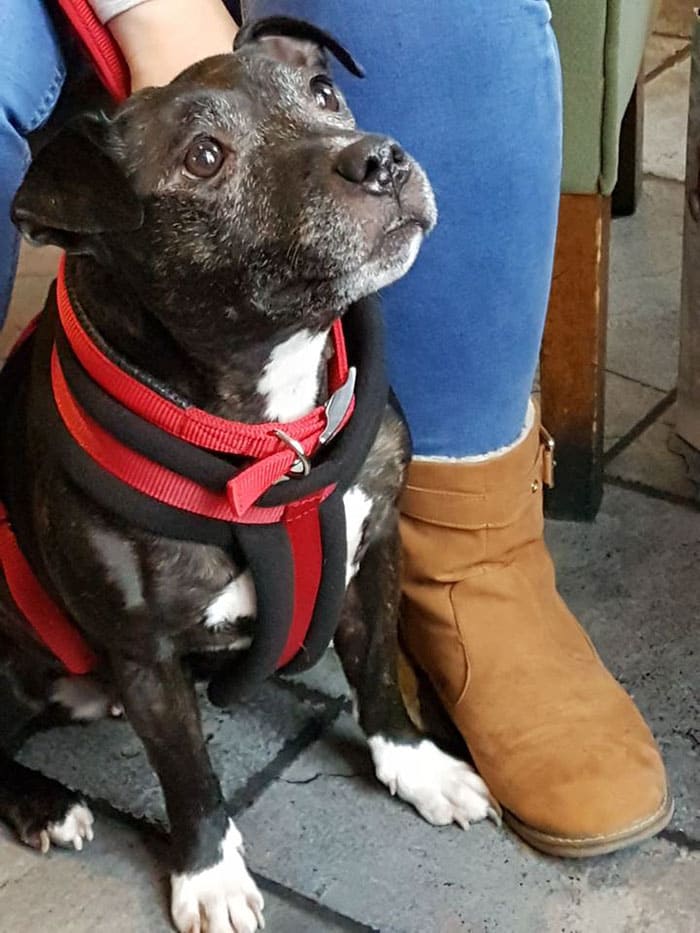 “We’ll only take them in if the vet says they’ve got less than six months to live, so we’re focusing on the end of life care,” the former nurse said in an interview. “I think the longest I’ve had one is around one year and the shortest was about two weeks.” 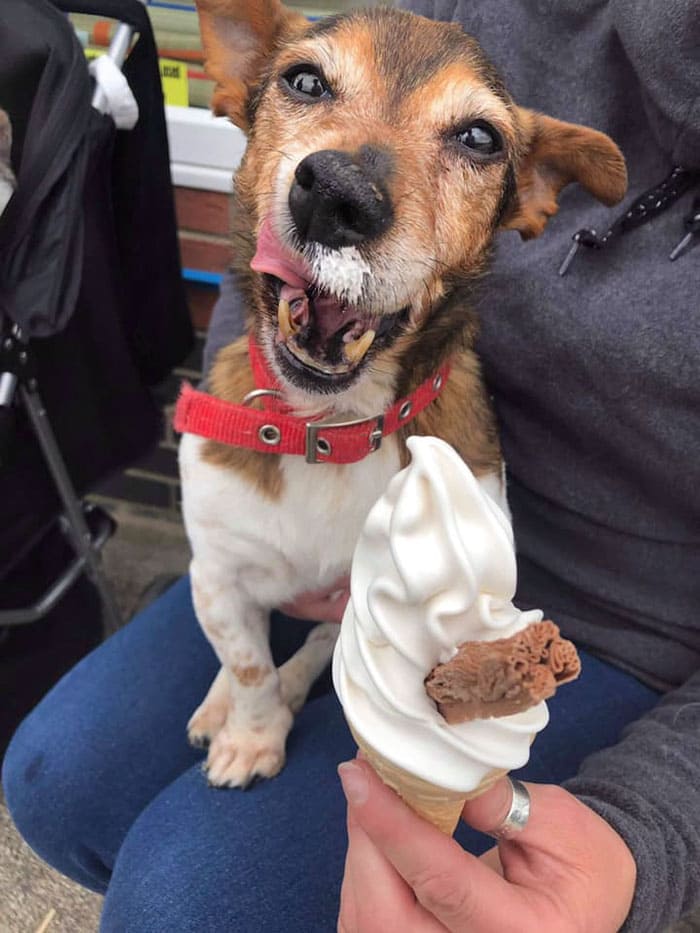 These doggos are spoiled with love by the team and they make sure that these dogs live their final months or years to their fullest. 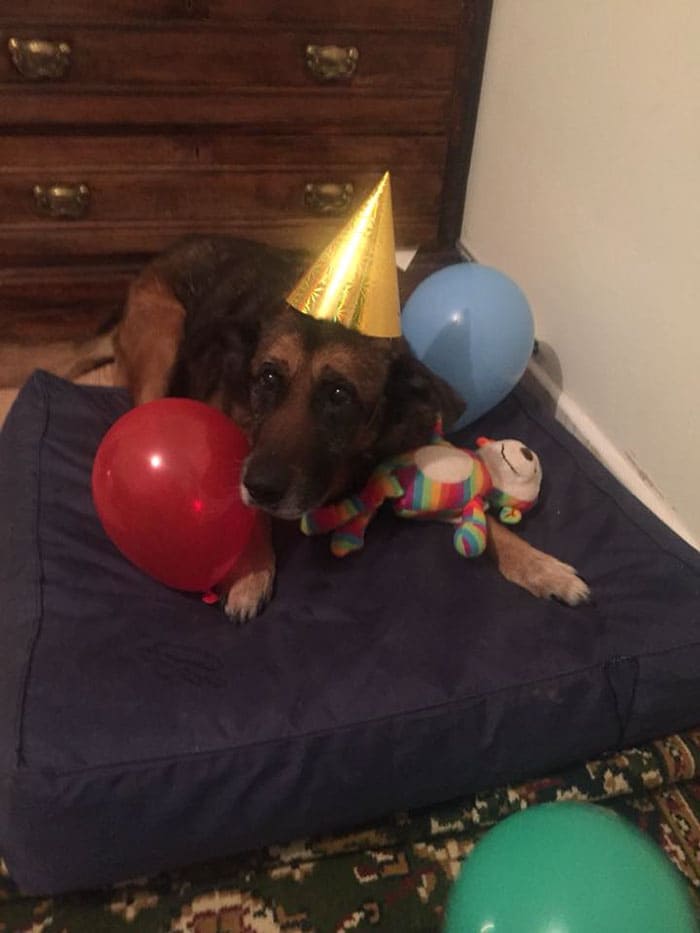 “I don’t know when their birthdays are, so we make sure we throw all of them a birthday party, If they’re well enough, we take them for a day at the seaside, they get fish and chips on the beach and ice cream.” 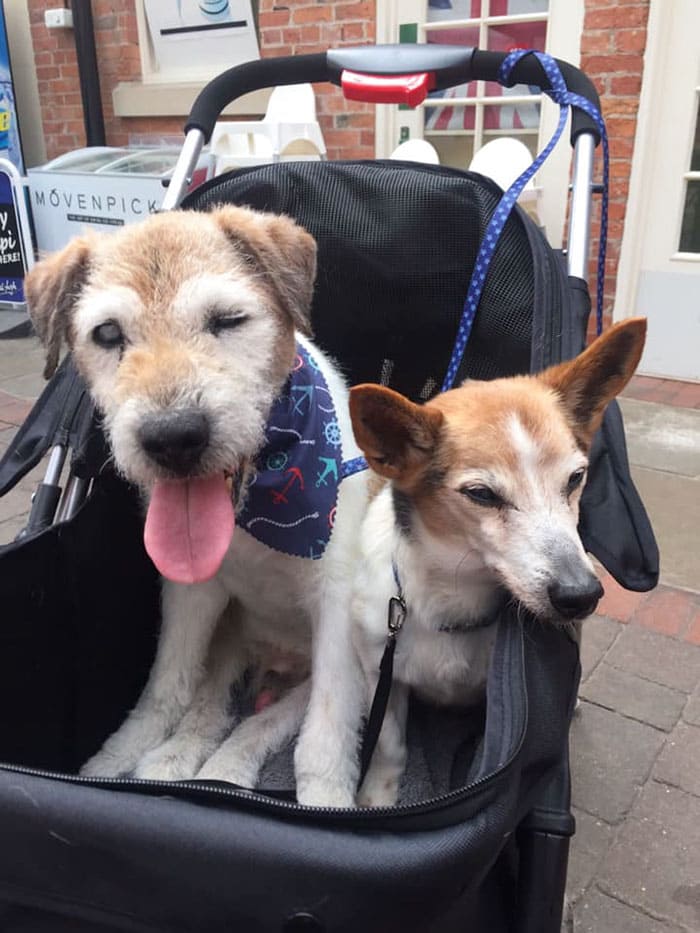 “We all get very attached to them, it’s very emotionally intense and we do mourn and grieve for them, “We do need to have breaks between them,” said Nicole. 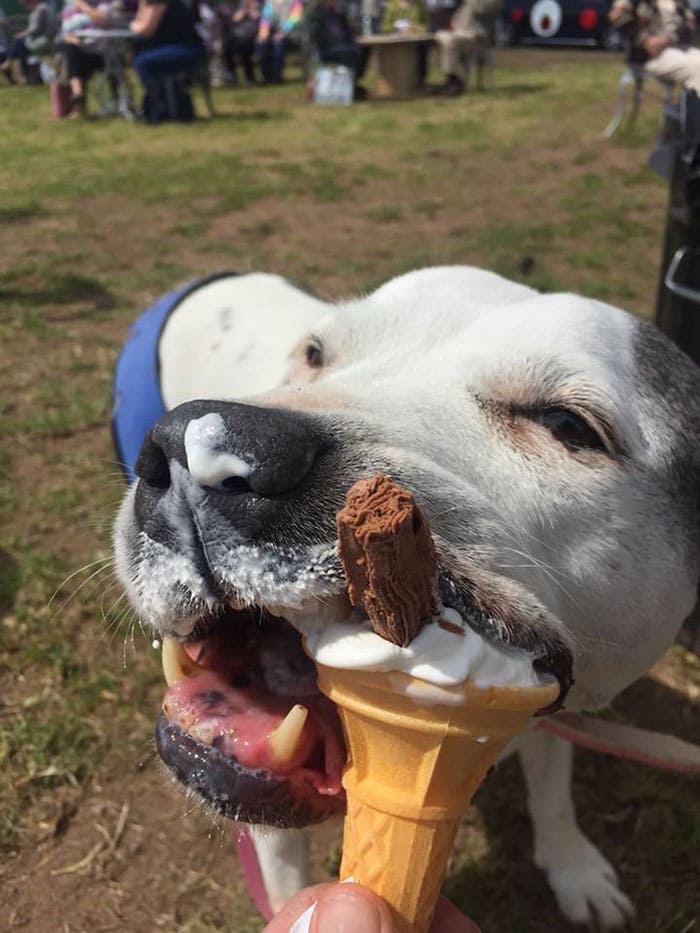 Sitting by the beach with a doggo fellow, making sure his day goes well. 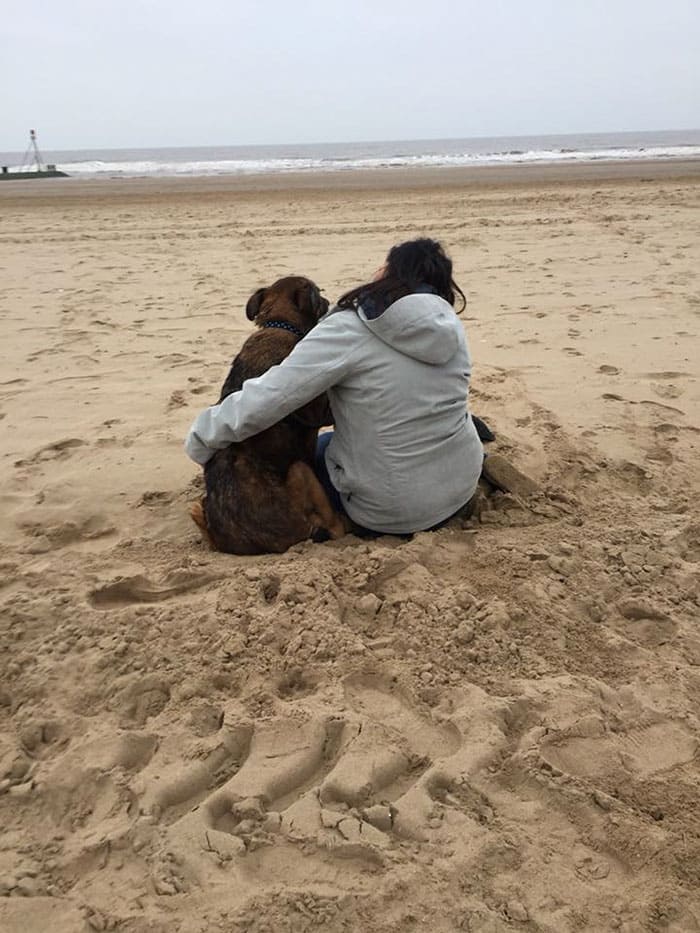 It’s good to see an elder doggo get his own cake on its birthday. 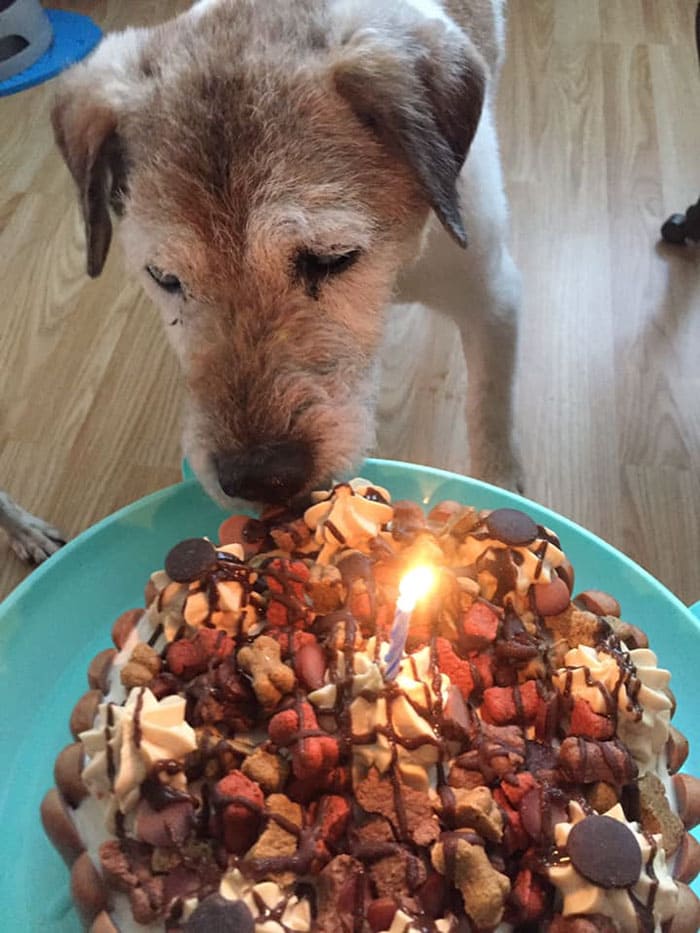 We personally think that Nicole is doing gods work by giving these abandoned doggos the best days of their life. She and her team play the role of a family for these elder dogs and we’re so glad that they treat all of these dogs like their own. There’s nothing better for a doggo than getting to spend his/her final days with loving people. Let us know what do you think of this story, would you adopt an old dog? let us know in the comment section below.