Cheating is the worst thing you can do to a person.

Maybe I am naive when it comes to relationships but I don’t understand the point of cheating on the person you once loved. I mean even if you don’t feel the same passion for them anymore, at least be a decent human being and break up with them rather than stringing them along.

Many people say that they cheat because it is exciting to keep a secret but there are many other ways you can add spice to your life without hurting someone intentionally. But many people just don’t get that and continue to do it even when they have been caught numerous times.

That is why today we have a story of a guy who thought he could somehow fix his crumbling marriage when his wife was clearly not interested.

I actually feel sorry for this guy since he keeps trusting this woman. 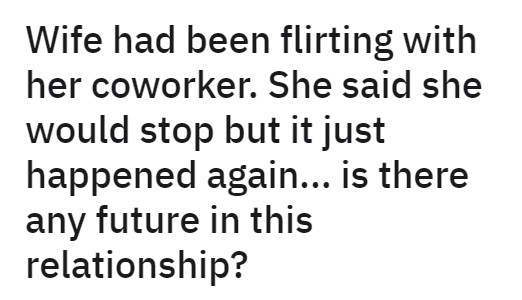 She clearly admits in the messages that they have already met up numerous times.

She could have suspected that her husband caught on and instructed her fling to do so. 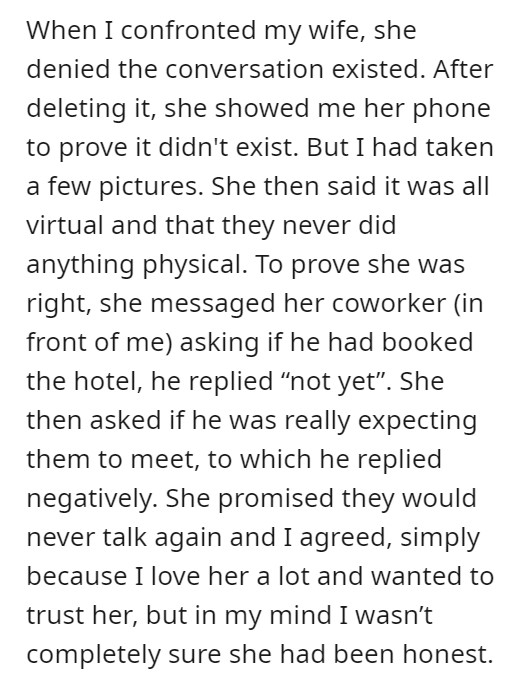 And just when he thought things were going well, he caught her doing the same thing once again. 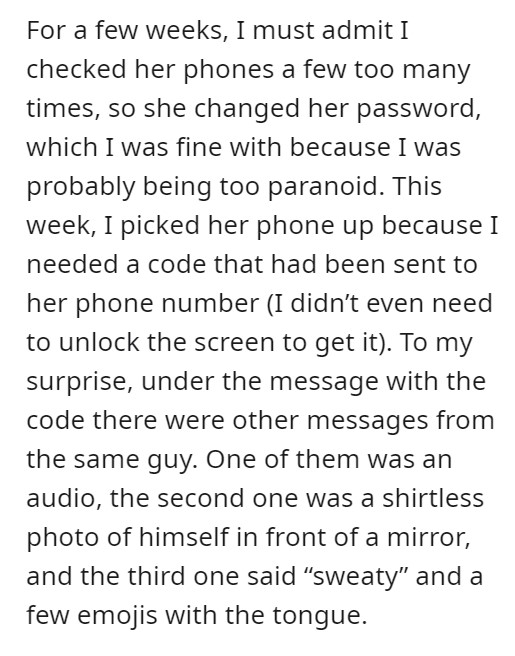 I mean these are clear red flags that anyone would run away from. 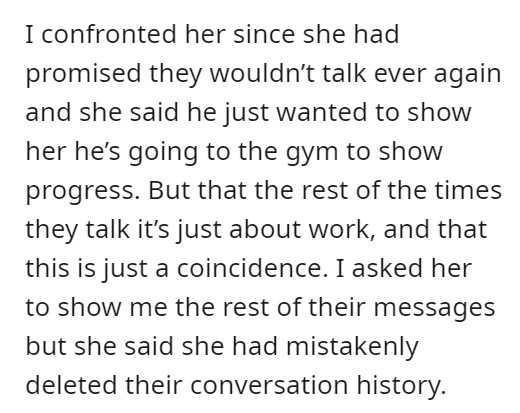 And she also started to blame him for her cheating on him. She sounds like a winner to me. 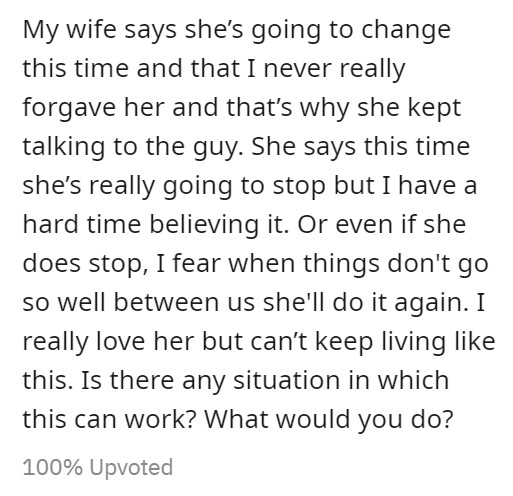 Clearly, the wife has no real intentions of being faithful. Even if this had just been flirty non-physical messaging, it still crosses a line, in my opinion.

OP, don’t let this keep happening, because it will. She will say over and over again that it won’t. It will. She will just get better at hiding it by changing his name on her phone or using a different app to talk to him.

Oh! And the fact that she somehow tried to turn the fact that she still talks to him back onto you… that shows she was grasping for an excuse and that is a shitty one. Not your fault. It is her fault and she apparently takes zero responsibility for it which is concerning.

You deserve love… not this. –-Gully-

As you can imagine people were quick to tell him the truth. 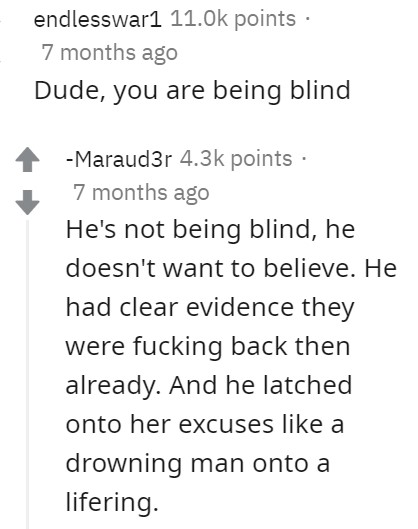 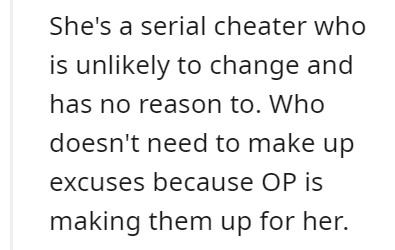 But he soon found that out by himself anyway.

He was so deep in denial that he just couldn’t comprehend the truth. 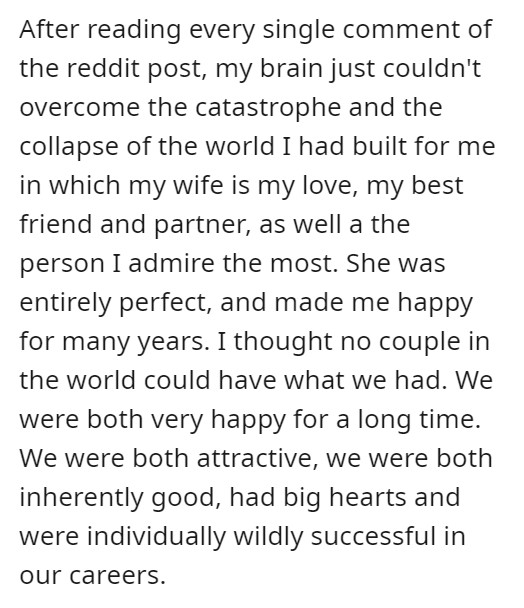 So he took some time alone to think things through but decided against divorcing her right there and then. 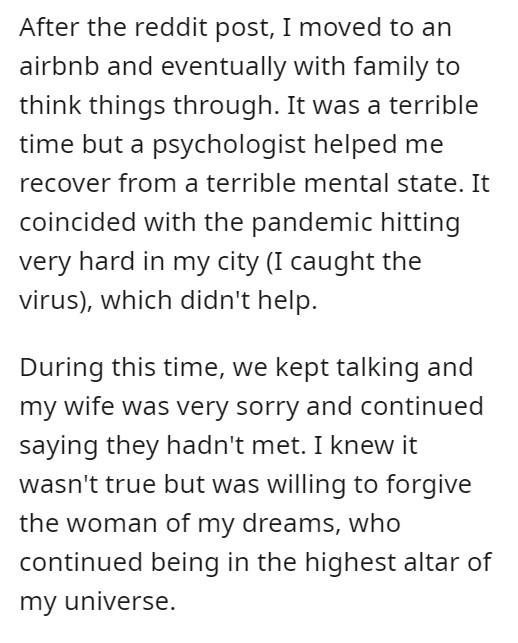 But it seems the universe soon forced his hand as he caught her in bed with another man. 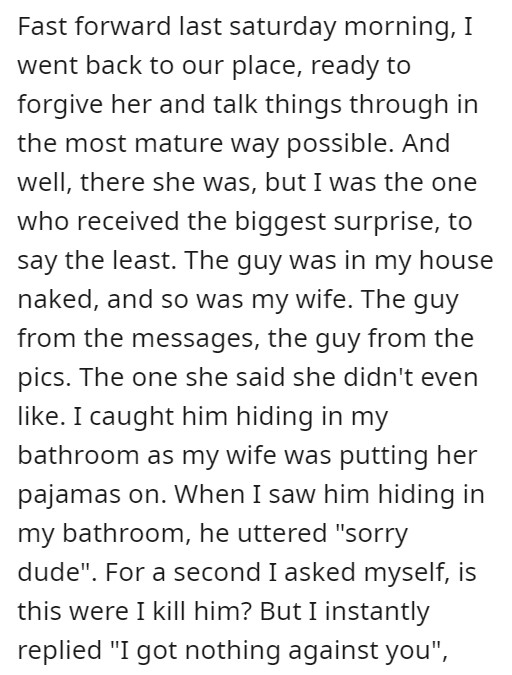 It is quite clear that this hit him hard. 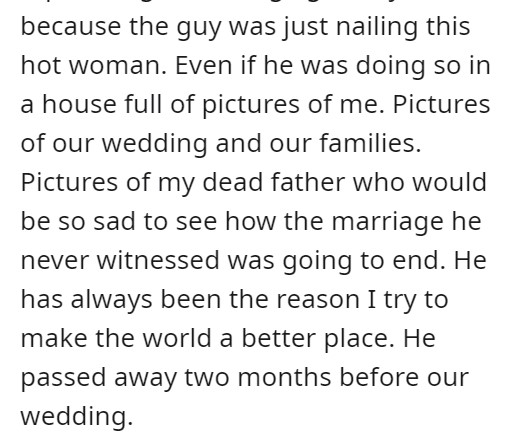 But at least he found out now. 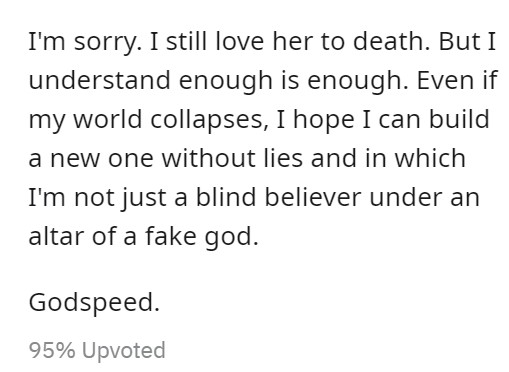 However, time will bring him the clarity he needs to move on from this catastrophe. 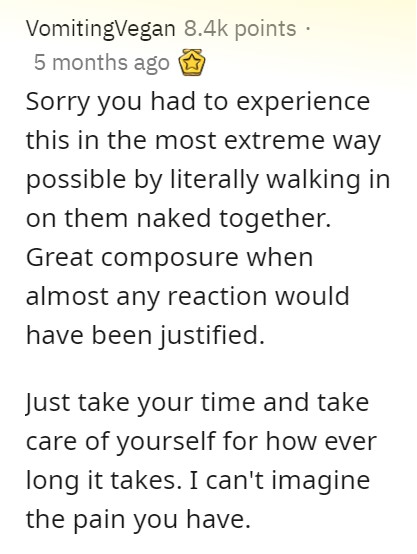 OP, very sorry it happened but it was literally going to take you walking in on them for her to admit it. What she’s done is disgusting, and unforgivable.. she’s been lying to you for how long? Time to end it, my friend.

A long journey ahead but we believe in you, you don’t deserve to be disrespected like this. –deeznutsiym

Have you ever been in a similar situation as him? If so let us know your experience in the comments below.