Before you make any assumptions about what the woman said, please hold on and read the whole story first.

We all come from different cultures and backgrounds. Most of us are comfortable in the environment and traditions we are born in. After all, there is no place like home. However, if your cultures or traditions support things that are not socially acceptable in modern society, we should stop blindly following and glorifying our cultures. We can only grow if we realise we have been doing something wrong for years and put a stop to it. If we don’t, it will only continue for more generations to come. The change starts with us.

It can be very difficult to spend your life with someone who belongs to a completely different culture, but love asks for compromise and sacrifice. We only find out some things about a person when we marry them and start living with them. But if you are not willing to compromise in your relationship, it won’t last long. This woman married a man who was from a different culture and called it “garbage.” Read the whole story down below:

She asked if she was wrong for not compromising, but was her husband asking for too much? 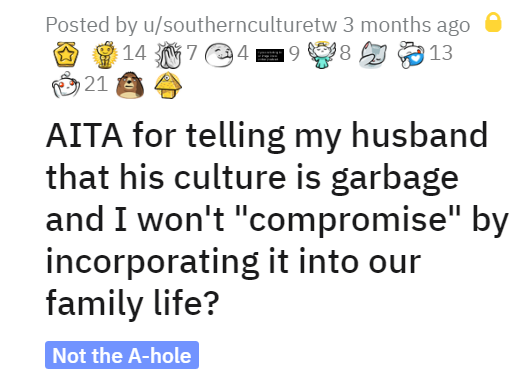 So she gave some details about both their backgrounds. 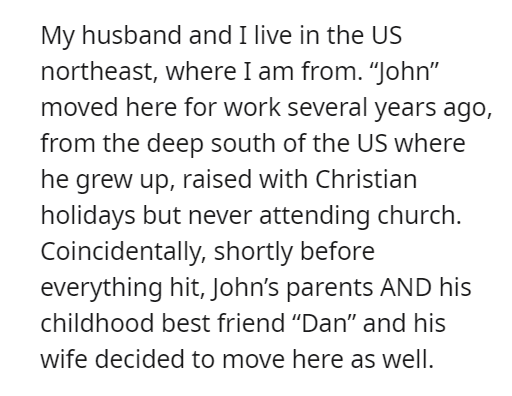 It started off with light “jokes” about how the husband had to take care of their child when they were hosting a picnic for his family. 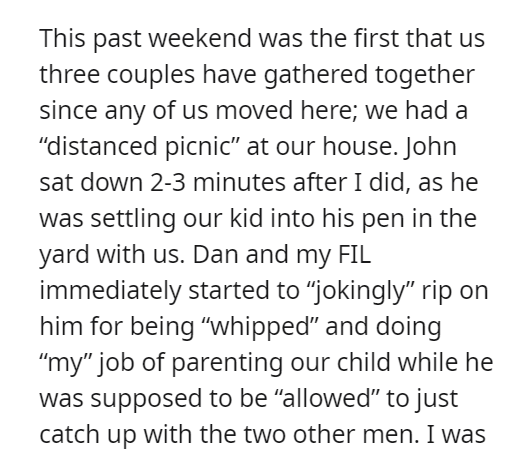 She was being polite until they started personally attacking her by being sexist. 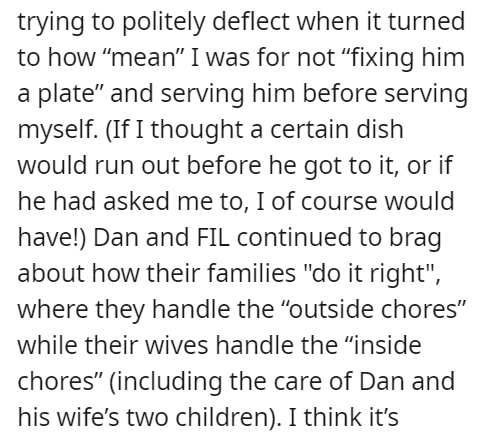 So they want her to be the breadwinner, do the “indoor chores” and look after their child while her husband does what?

When the day finally ended, she was expecting her husband to apologise but he turned the whole thing around. 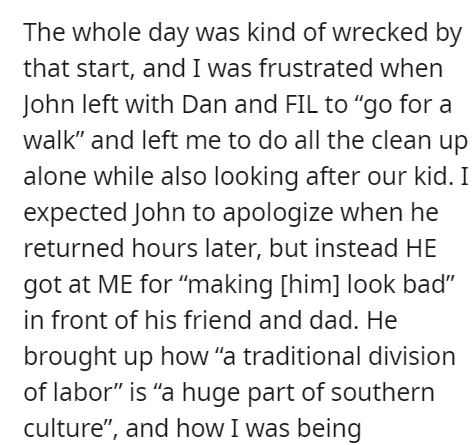 He told her she was not respecting his southern “culture.” 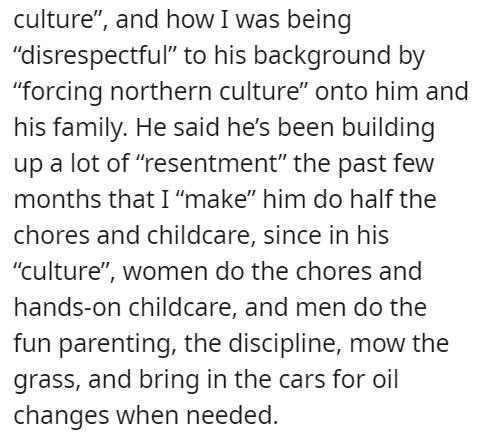 She was blunt about her opinion and told him his culture was just garbage. 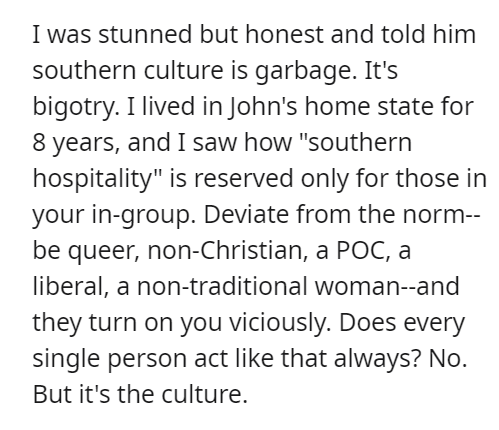 The husband still defended his “cultures” and “values” in the end. 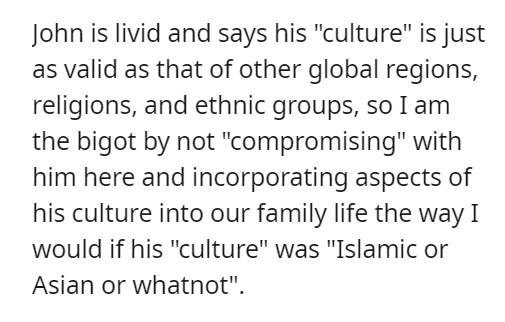 In my opinion, the couple should have discussed these things before they got married and had a child together. The husband is being sexist and misogynistic. He needs to realise he is wrong before it is too late for the couple. So, the woman is in the right here.

The Reddit community sided with the woman. This is what they had to say:

They reassured her that she isn’t wrong. 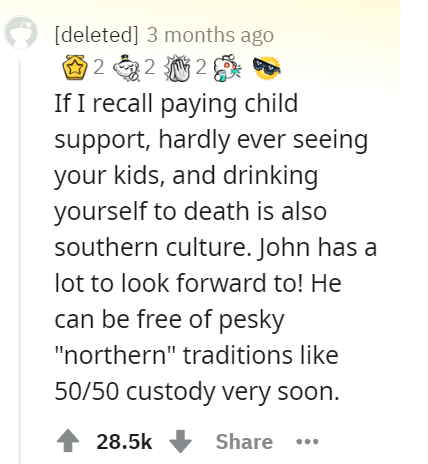 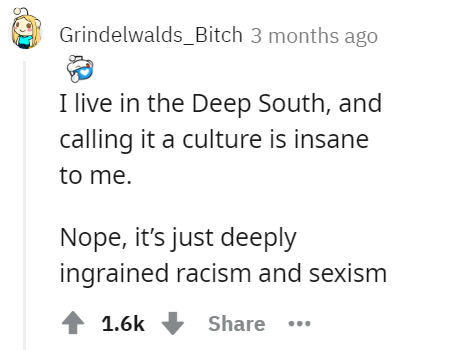 This is what southern culture actually is. 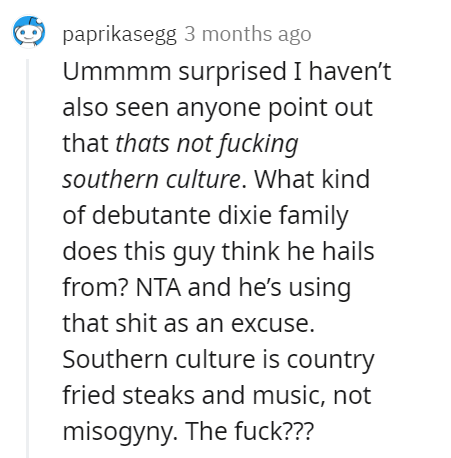 We need to evolve with time. 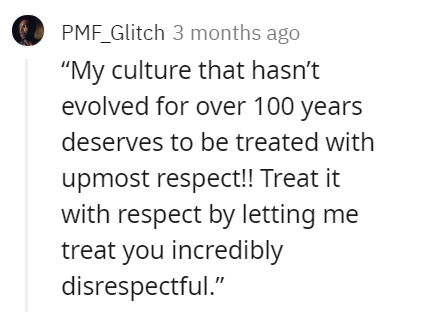 Women deserve to be treated as equals. They don’t owe you anything. 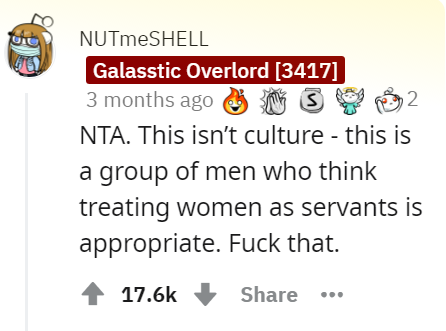 Who do you think is in the right here? Should the woman compromise for her husband? Let us know your opinion in the comments below.