Pregnancy is not easy, and neither is childbirth a joke.

You have to carry a baby in you for 9 months and go through extreme pain just to get the baby born. It can be a traumatic experience for some women and it can shatter their physical and mental health. It is no laughing matter. Just some friendly information, accidents do happen during birth. You are putting in a lot of pressure to push the baby out and some females end up pooping, which is completely normal and doctors deal with it very professionally.
However, this Redditor’s husband did not think it was a normal thing and decided to make fun of his wife when she pooped during labour. He even joked about it in front of the whole family on New Year’s Eve and that was the last straw for the wife. She finally snapped at him. Scroll down below to read the whole story:

This woman had recently given birth to her daughter a few weeks ago and remembers her traumatic experience. 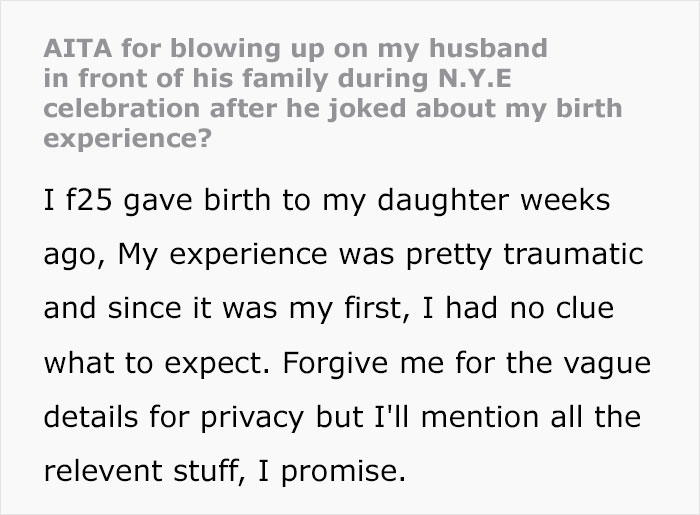 She had a mishap in the delivery room. 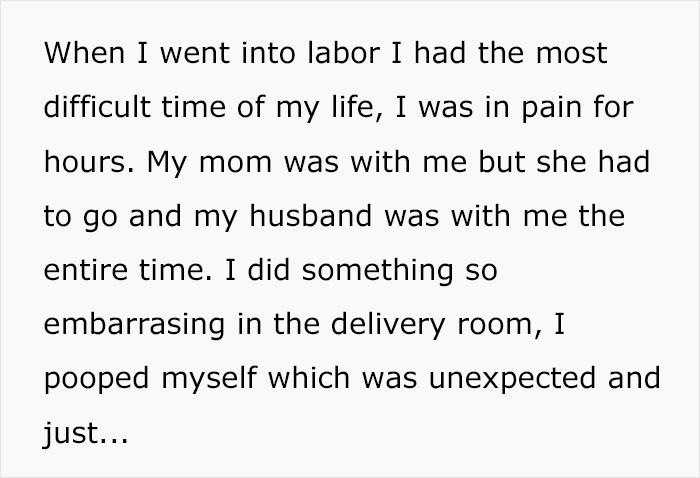 Her husband started laughing at the awkward situation and even tried getting her parents to laugh but they ignored him and so did OP. 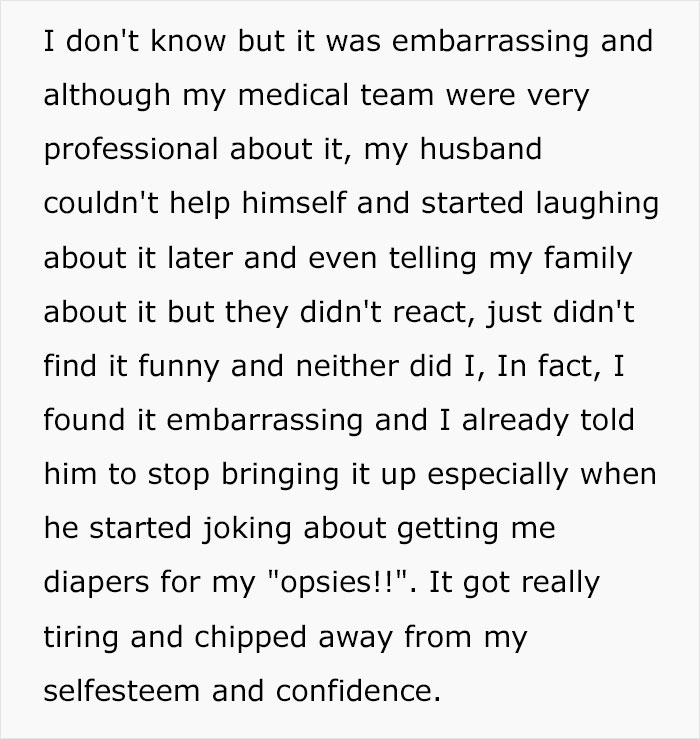 Her husband again passed a remark and this time his family laughed at Op. 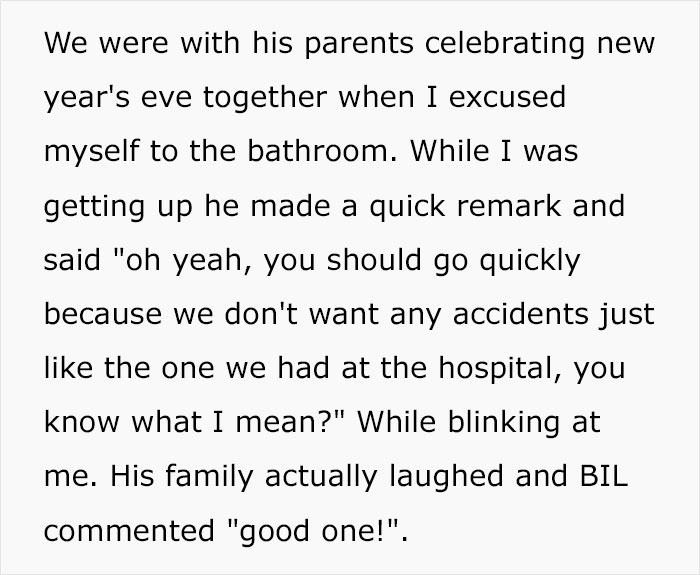 Op snapped at her husband for being really insensitive and later he did the same thing because she shouted at him infront of his parents. 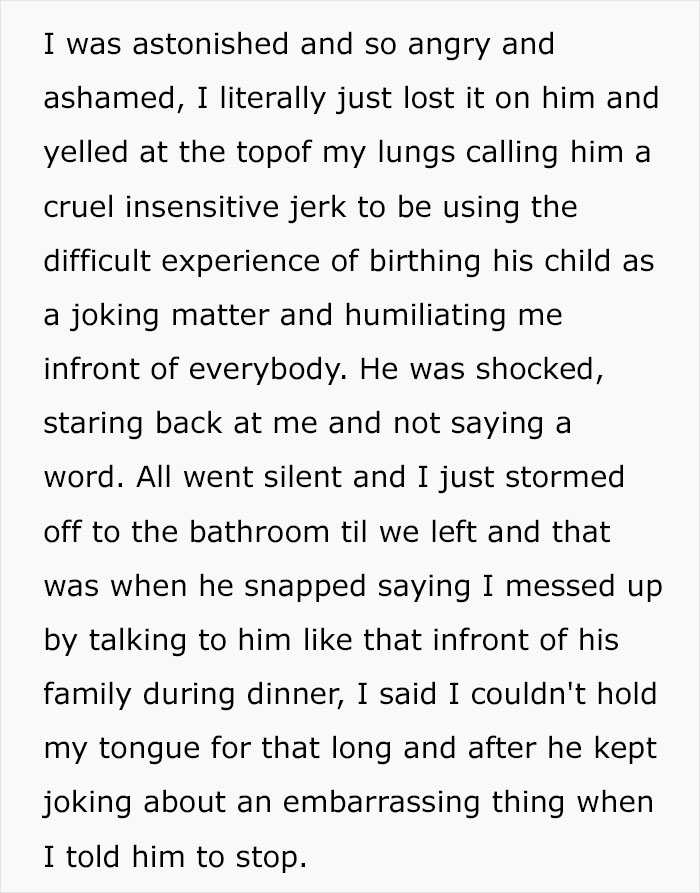 Op further explains what happened that night and explains that they kept on arguing. 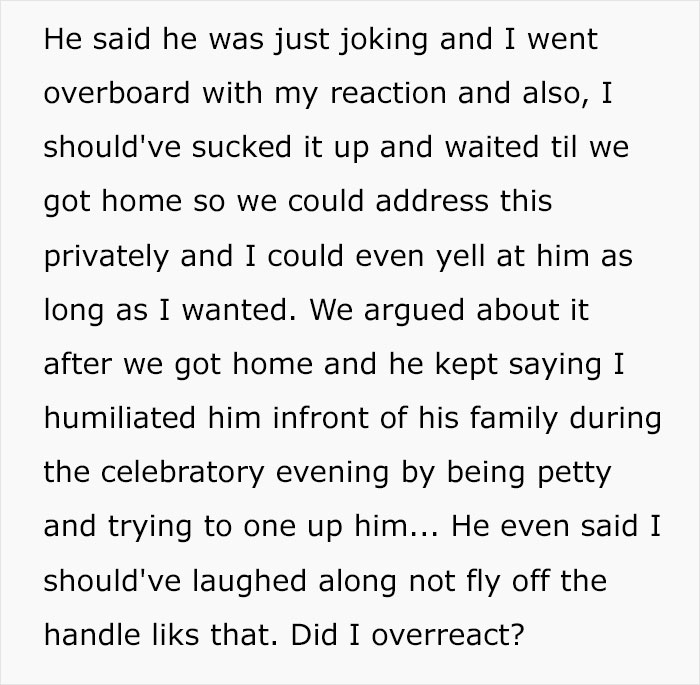 In my opinion, the woman was not at fault at all. The husband is extremely immature and needs to take his wife’s feelings into account. He is completely at fault here because his behaviour is the entire reason she snapped in the first place.

People declared her NTA and confronted her husband. 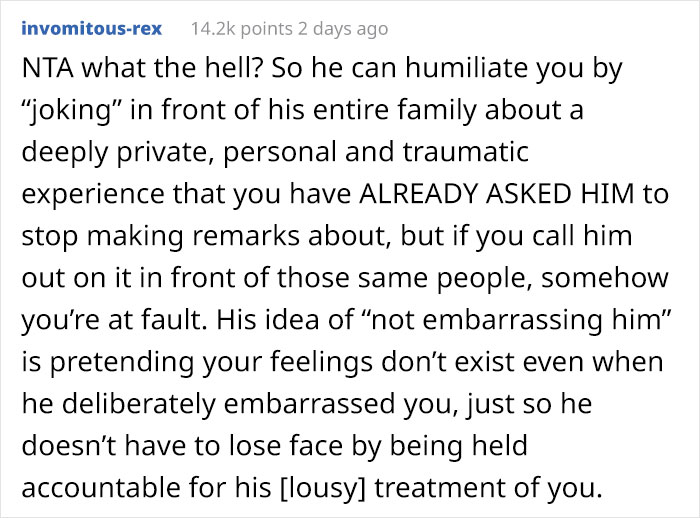 They pointed out that he was in no situation to make fun of OP. 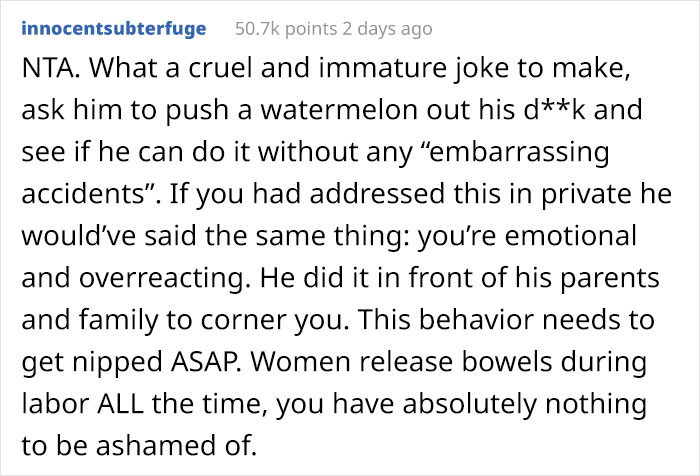 Some even made fun of him.

Some even asked her to make fun of his disabilities if he ever has one.

Who do you think is at fault here? Have you had a similar experience during child birth? Share your experiences with us in the comments below.