Imagine basing your entire identity on the career of the person you married. DoNotReply111’s comment explains it up better than I ever could. Imagine then leveraging the identity you created solely based on your spouse’s profession to set yourself apart from other couples who share the same profession. It is the type of thing that completely numbs the mind.
This conversation was submitted to the appropriately called r/entitledb*tch subreddit, where it quickly rose to the top of the little sub. User u/Helloo clarice of Reddit started the thread. It is still unclear whether or not the poster is the green text because they made no additional comments on the discussion. Although they do seem to be a marine wife. However, the text interchange is so heavily JPEG compressed that it is likely older than sin itself.
The discussion on the thread was rife with criticism of the Army wife and personal stories from the readers.

1. She literally said, ‘we don’t mix branches’, I cannot genuinely believe that.. 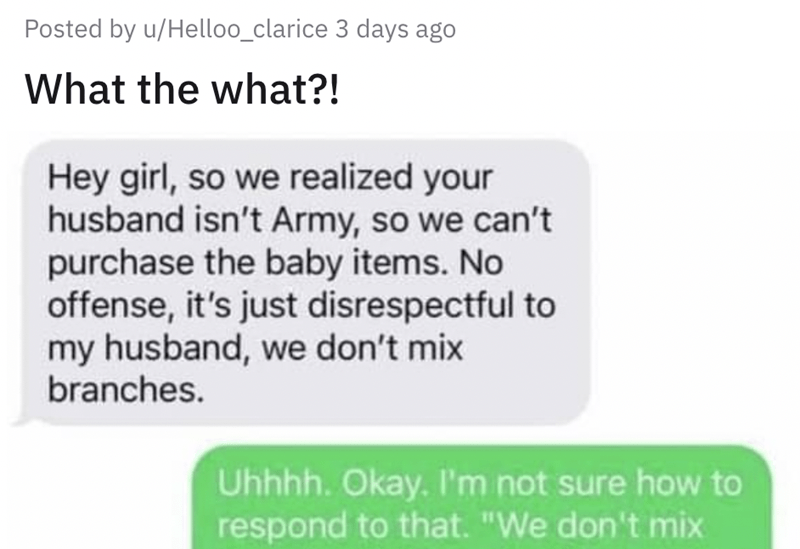 2. The other girl replied what needed to be said, it was ridiculously childish. But Karen had the audacity to call her she’s on the turf.. Karen was tolerant enough to not lose herself 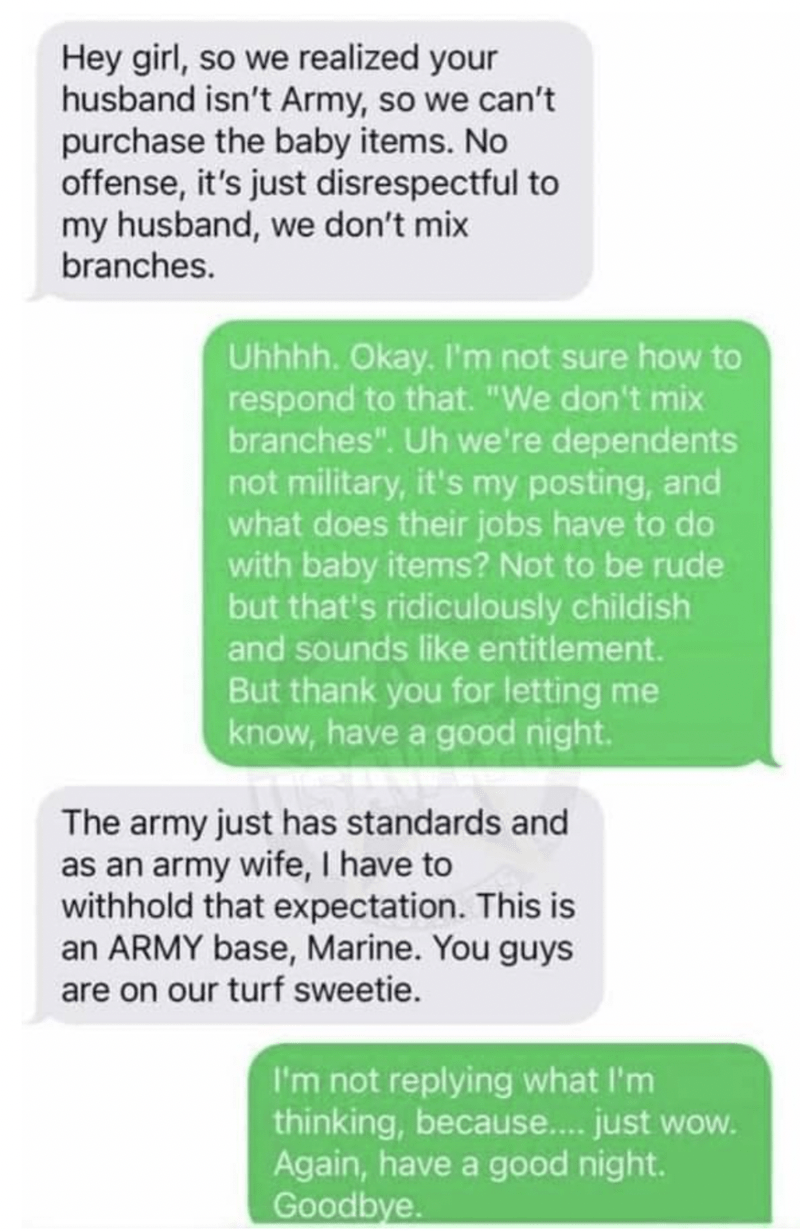 Advertisement
Via u/Helloo_clarice
Some people really feel they are entitled enough to call anyone anything. Belonging to a military background does not give you a free pass to insult anyone or make the civilians any less of you. One should be kind and should not defame anyone.

4. This is sad but true. Such women don’t make sense 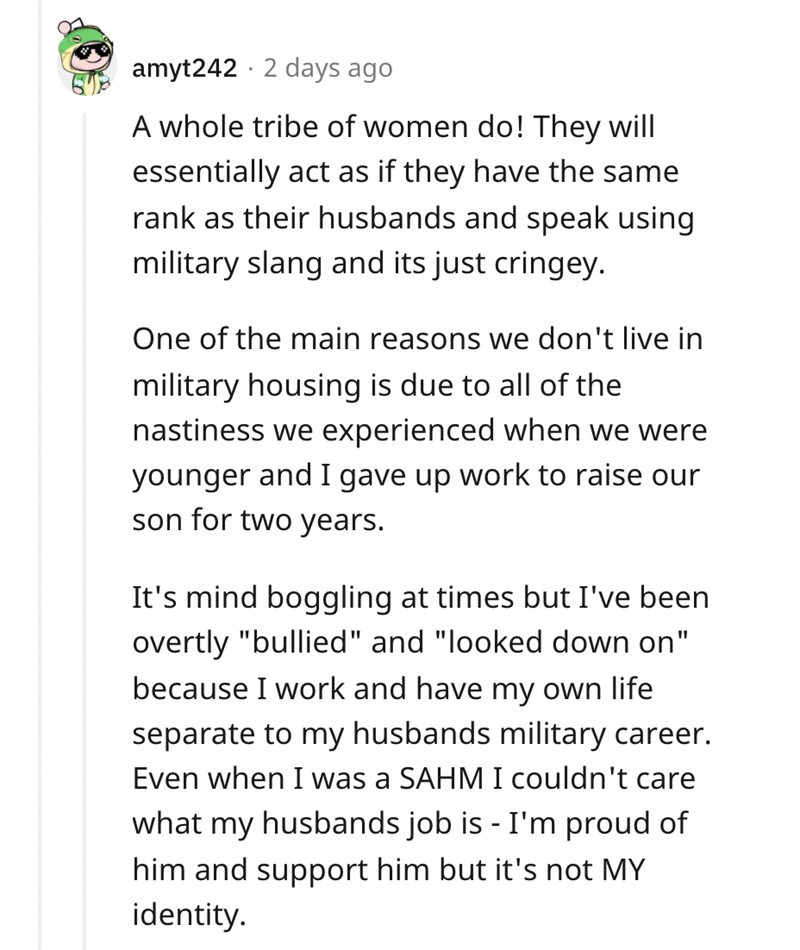 5. Someone is really telling intesrting stories 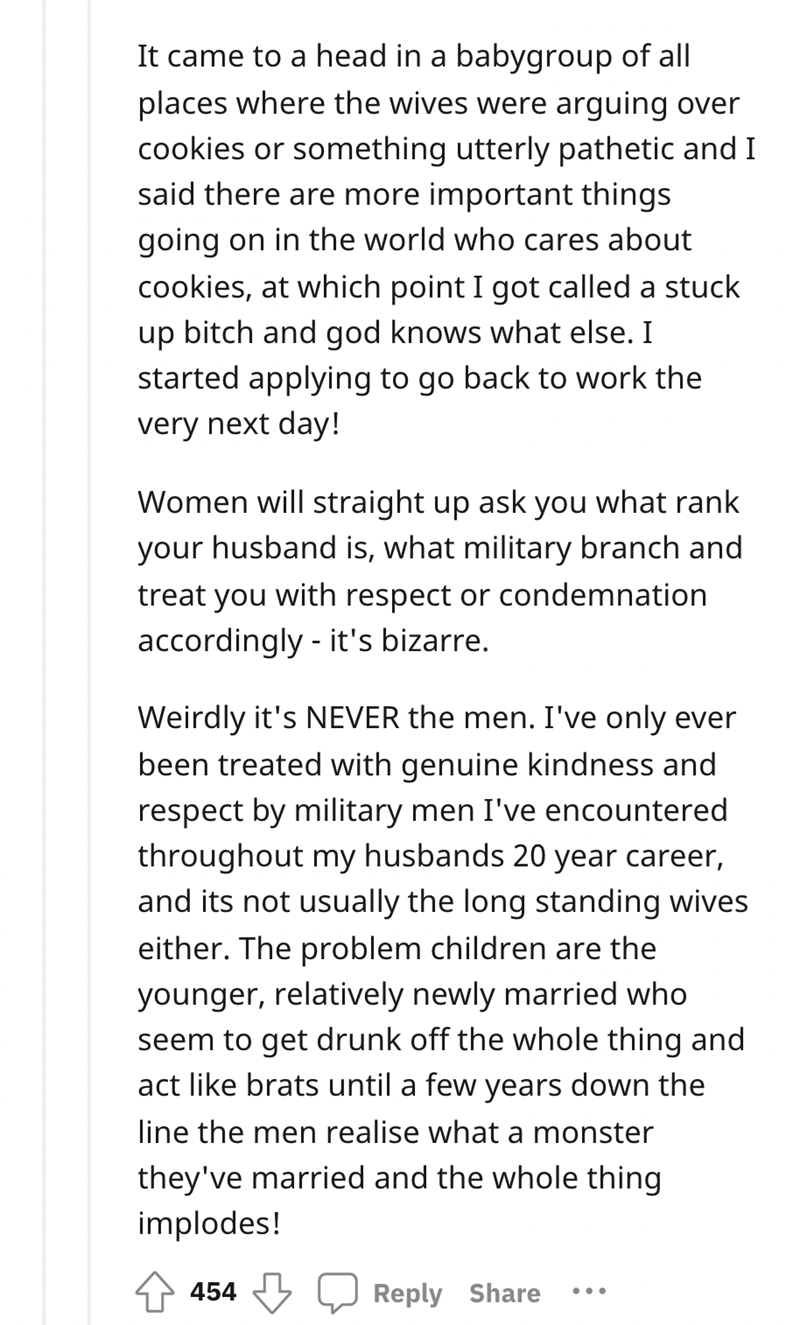 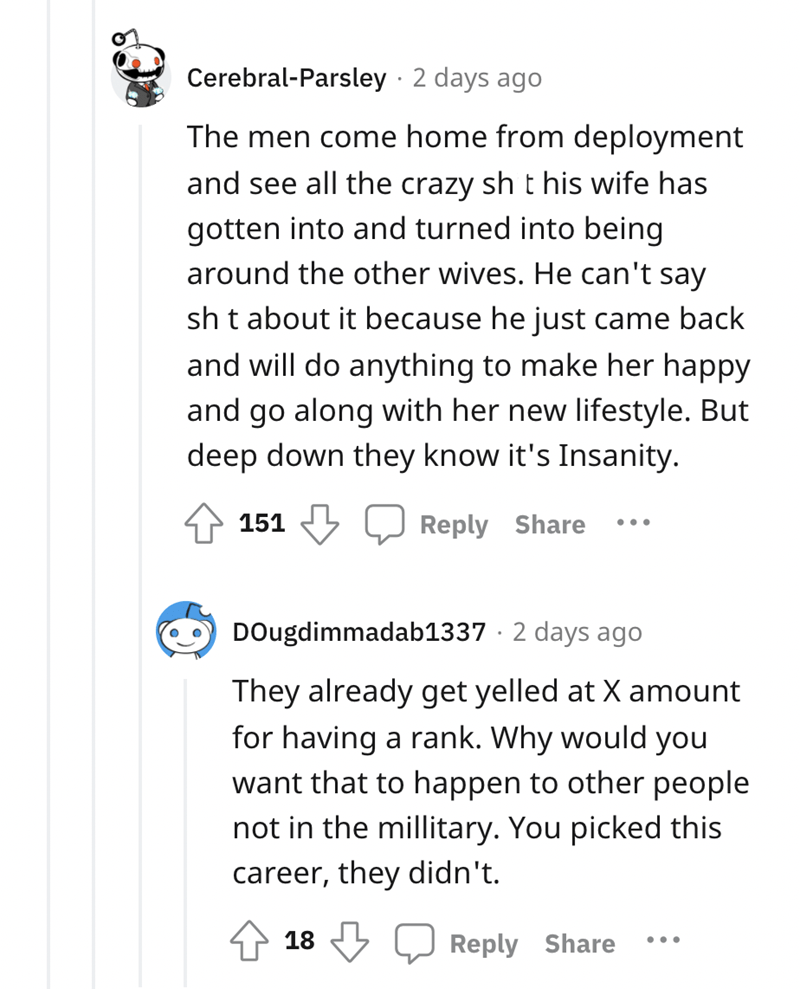 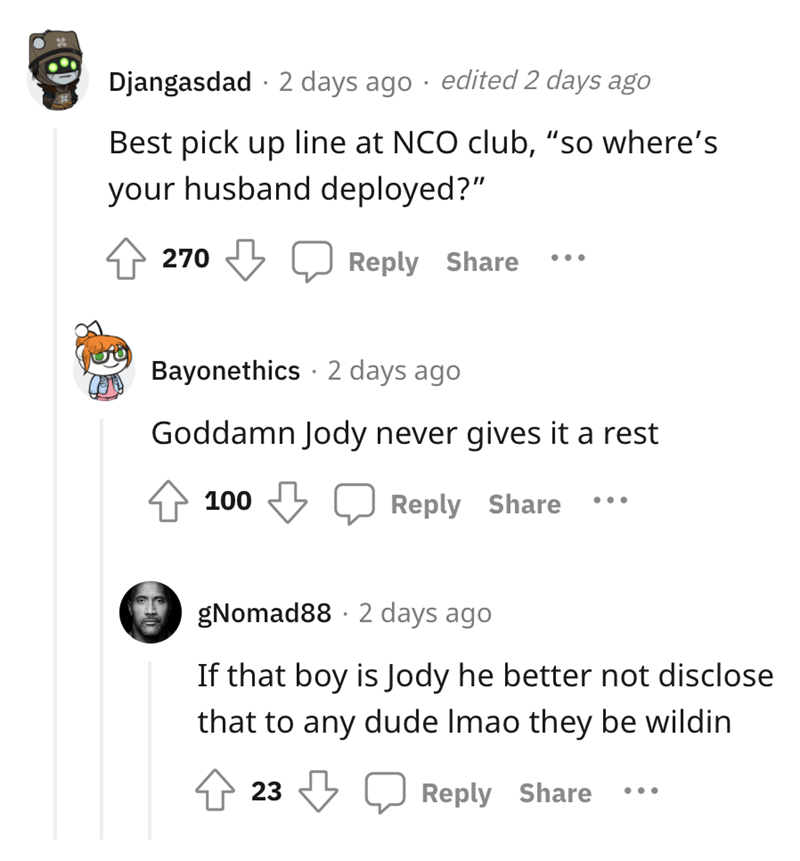 8. This is pathetic of them, I can’t imagine facing this 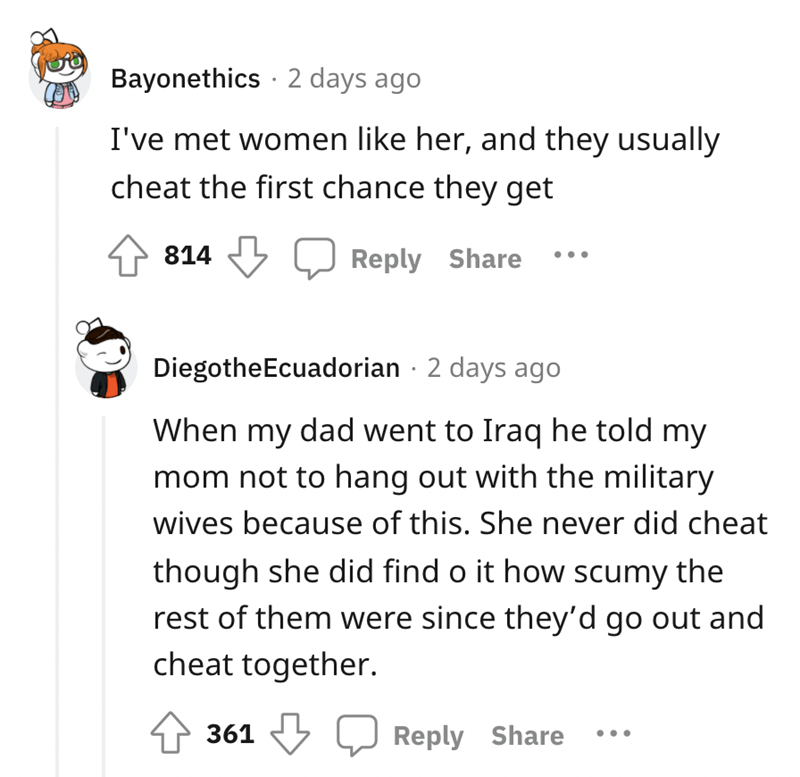 9. Sadly, some people stay the same childish with a sense of entitlement 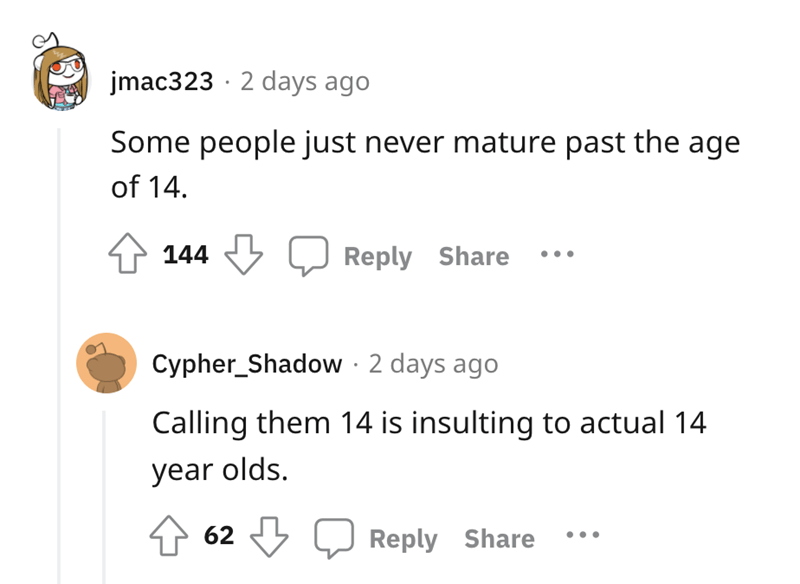 10. Do you think she has any functioning neurons? 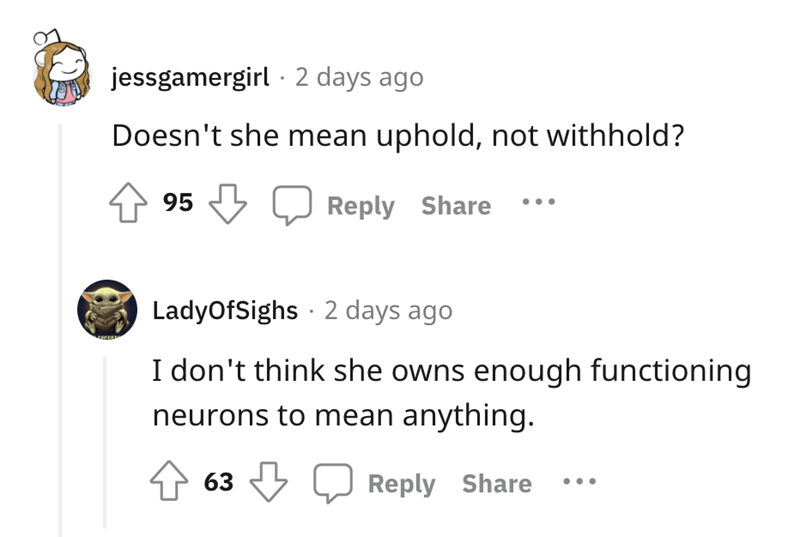 11. Enemy gangs is a right word 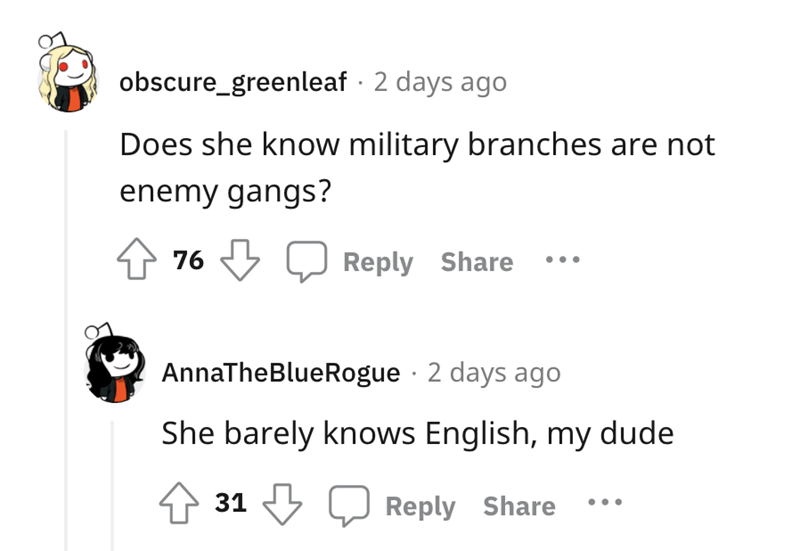