Have you ever wondered what a choosy beggar sounds like?

We all get gifts for our beloved ones, we try to make them happy in any way possible. Some spend hundreds and thousands on gifts, some keep it lowkey and make something thoughtful themselves. Gifts are supposed to be meaningful, thoughtful and surprising. They should be given with love and one must not demand one. It ruins the purpose of the gift. If you already know what you are going to get as a gift from every person you bluntly demanded a specific gift from then the gift loses its meaning. You can not force or demand anyone to buy you something as a gift for you. It is not a gift anymore, that way. By the way, that behavior is really rude, unethical and also extremely shameful. The nature of the gift itself is to surprise the other person, you are ruining its purpose this way.

We should be happy with what we get, be grateful because no one is obligated to get us gifts. If someone does give you any gift out of love then thank them, otherwise do not insult the person who does not. Something horribly similar happened with this girl and she shared her story on Reddit to ask people there if she did the right thing or not. Keep on scrolling down to read the whole story in detail…

2. She describes her relationship with that cousin.

3. She then told a bit of background story. 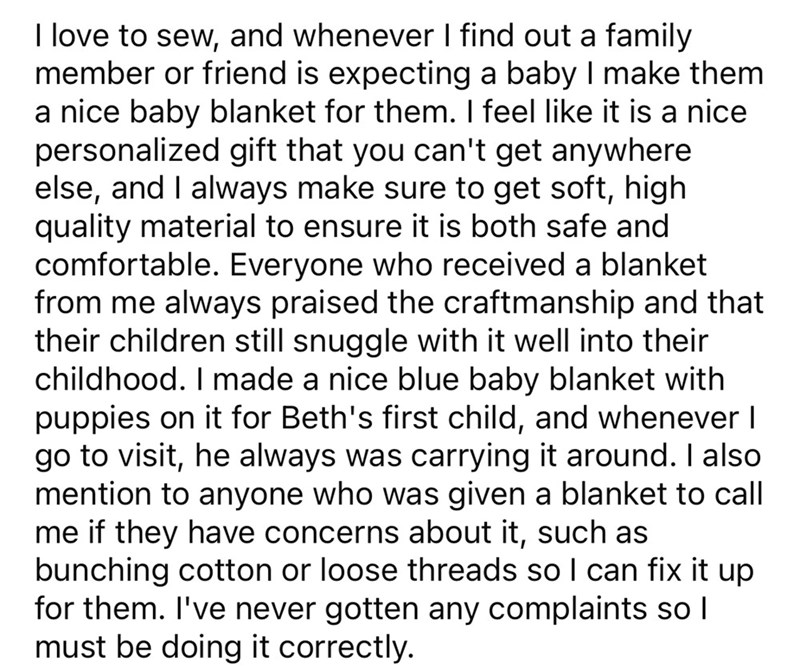 4. She goes on to explain her conversation with her cousin. 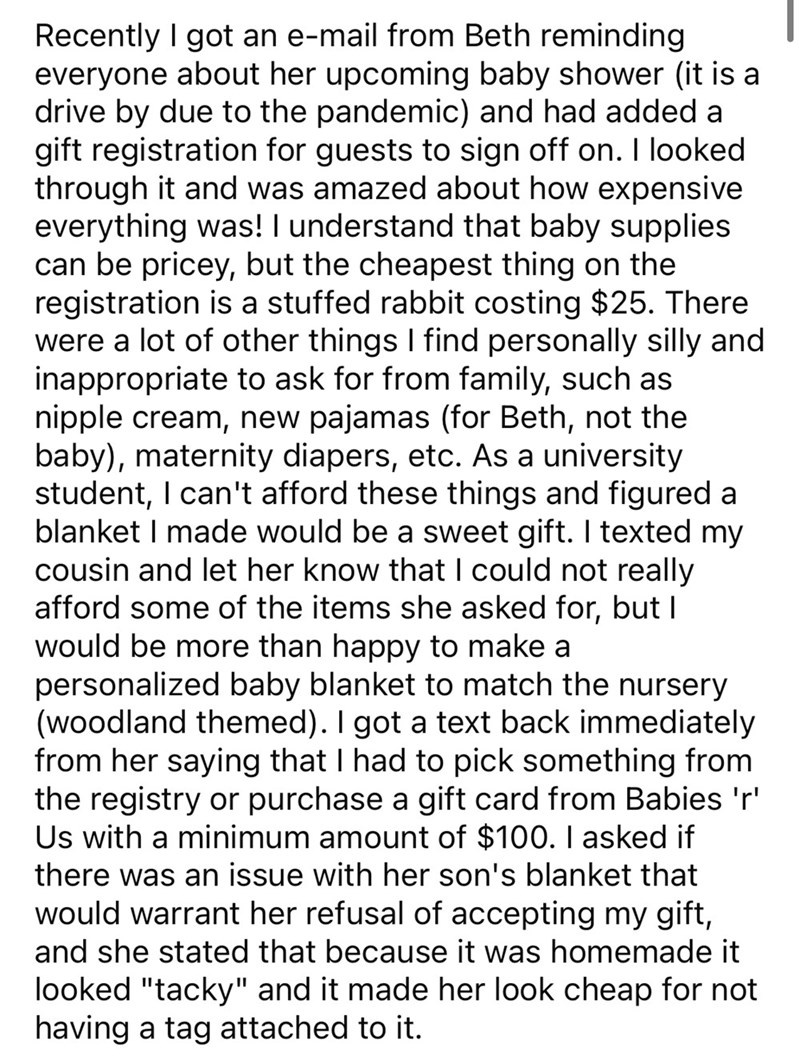 5. She straight up told her no. 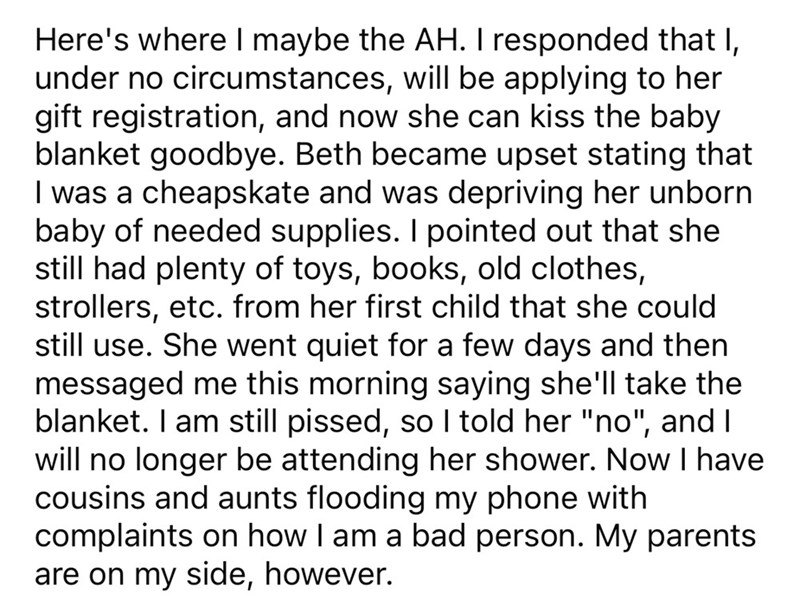 6. She asks the strangers on Reddit their opinions on this situation.

I just want to know, what in the world did I just read? This was so ridiculous. It is so much more horrible than I thought it would be. That cousin of hers is such an extremely mean person, anyone can tell a lot about her bad personality by the way she interacted with the kind lady who was offering to hand sew her child a blanket. Honestly, that gift would have been so thoughtful and cute, definitely, would have been way better than any other gift. That greedy woman really missed out on it. I must raise the woman for standing up for herself and standing her ground. That rude cousin absolutely deserved it. Keep on scrolling down to read people’s opinions on this matter… 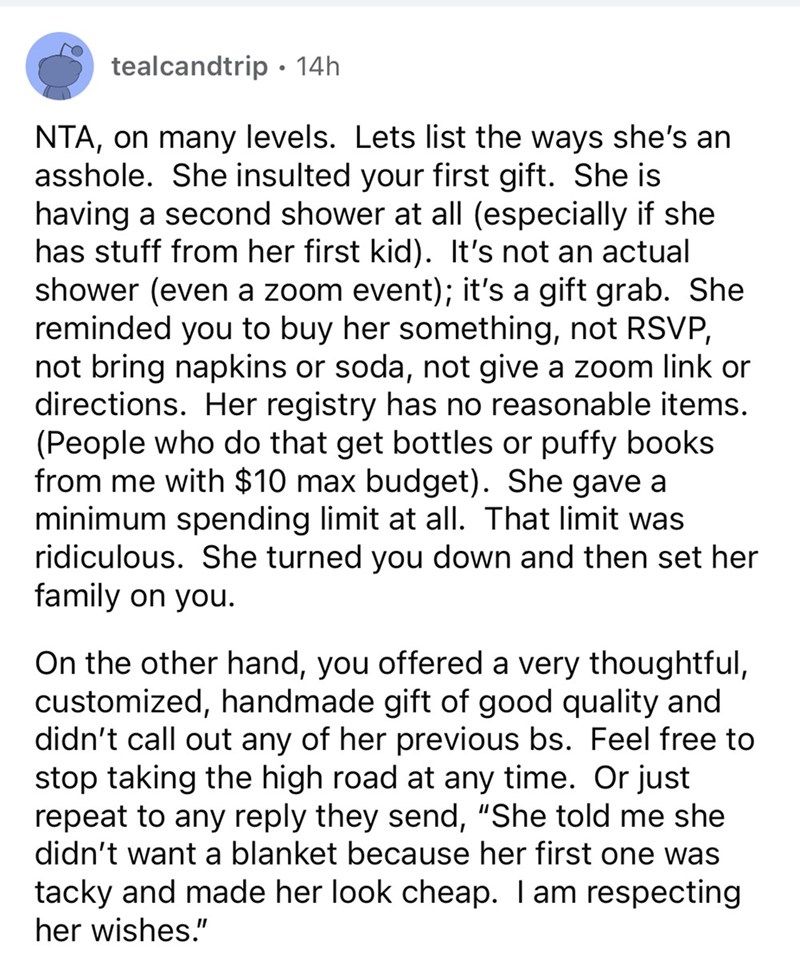 8. Choosy beggar is what exactly she is.

9. She just wants everyone to spend money and give her gifts. How ridiculous. 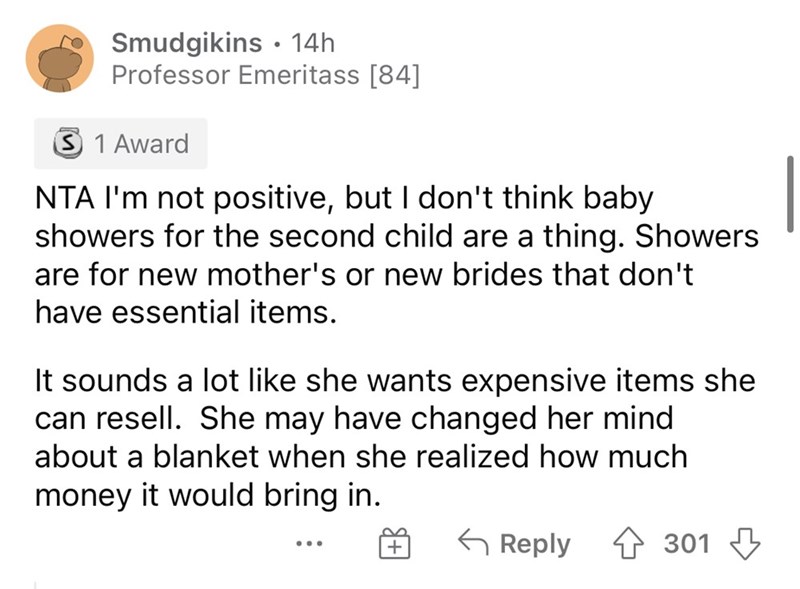 10. The audacity of this woman for calling her blankets tacky and cheap. 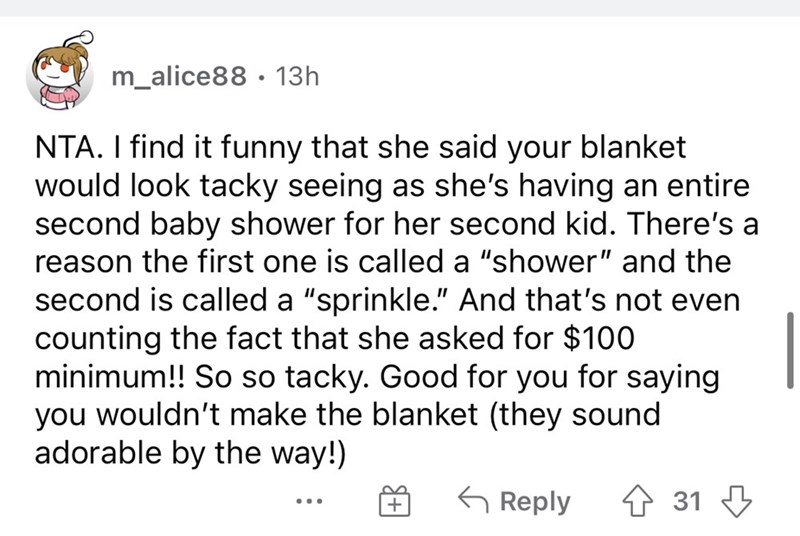 11. I would not attend her so-called baby shower.

12. Do not let anyone tell you that you did the wrong thing, tell them the truth about your extremely rude cousin. 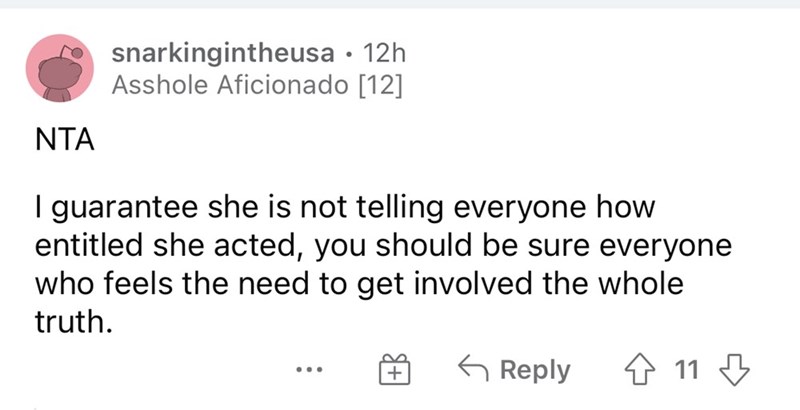 13. Yes, I totally agree that you should definitely do that and let them all know her reality.

To be very honest, I would have done the exact same thing she did. In fact, I would never engage in a conversation with that woman again or let her try to be friendly after all of those mean insults. What are your thoughts on this? Have you ever experienced something similar? Tell us your stories in the comments down below…