Every culture has its own famous tales that with the passing time become a part of that culture. If we look at world history, there have lived many different civilizations in all parts of the world and they all had their own ghost stories to tell. Some became history with the passing years while others are still famous and have become a part of that particular region’s culture. To our surprise, those stories still haunt us as if it all happened yesterday.

Japanese culture is quite old and rich. It dates back to 1000 BCE when the Yayoi people settled in the region of Japan. Since this culture is pretty old, therefore, it has a vast history of traditions, festivals and mythical stories. There are numerous folktales about ghosts and different mythical creatures in the Japanese culture that even today is an integral part of their lifestyle and traditions. They are often seen in their movies, books, decor and pretty much everywhere around Japan. Here we have collected the most engrossing stories and illustrations of the Japanese mythological creatures that will completely freak you out. Scroll down to read. 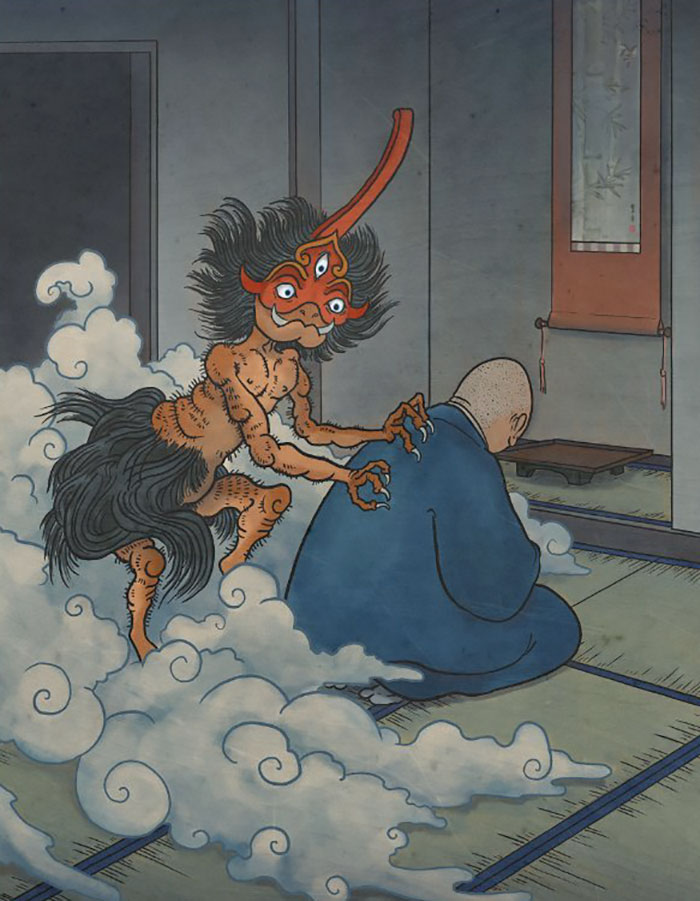 Nyoijizai is a Japanese ghost that scratches on your back in spots that are itchy and you can’t reach. Its name literally means “free staff” and “exactly as you please. 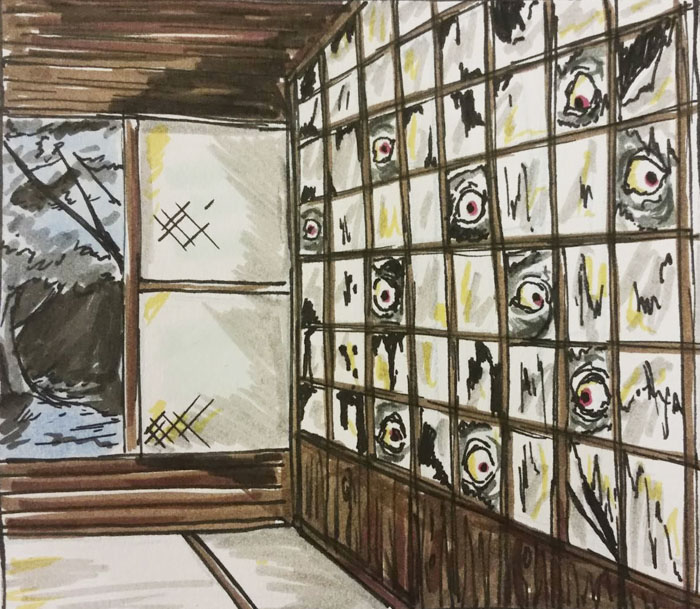 This Japanese ghost is not so dangerous, but it certainly is very creepy. Mokumokuren is born in the paper of the sliding doors of a house when they are mishandled. Holes are formed in the paper with eyes popping out of them, witnessing everything that happens inside that house. 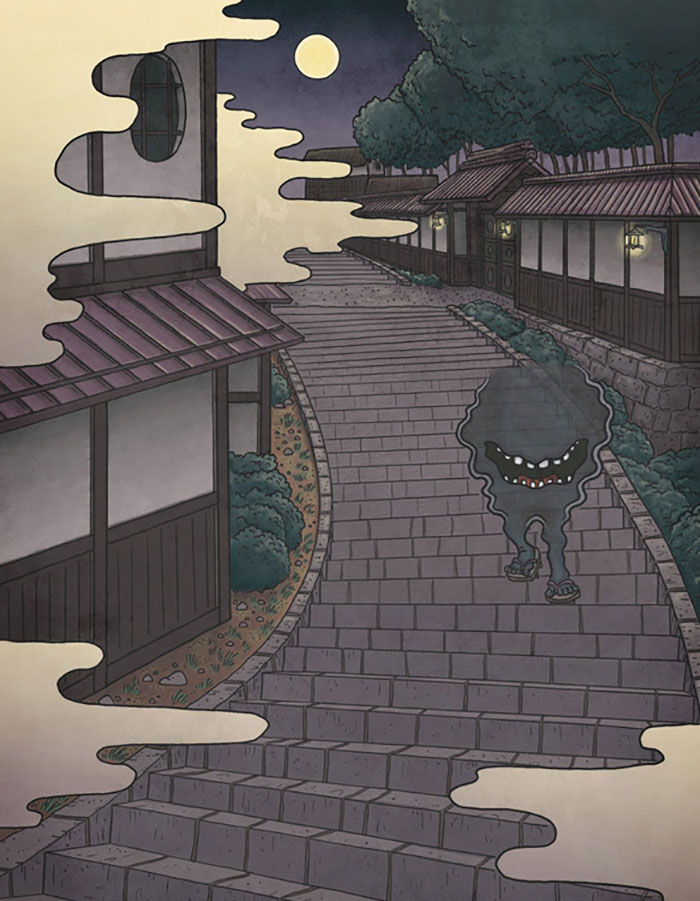 This is yet another not so dangerous, but certainly creepy and hilariously monster in Japanese mythology. This spirit is called Betobeto-San. It is wearing wooden sandals and walks behind travellers at night, making a “beto beto” sound that comes from its shoes. It does not harm anyone but surely scares people. In order to get rid of this creature, you have to step aside and say “after you, Betobeto-san”. 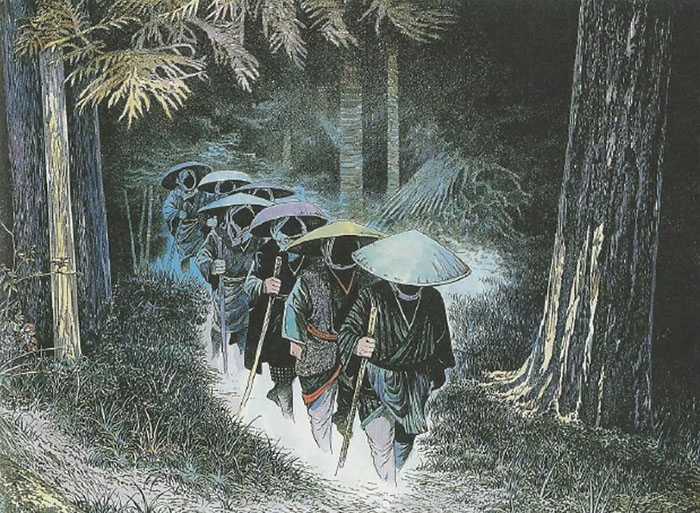 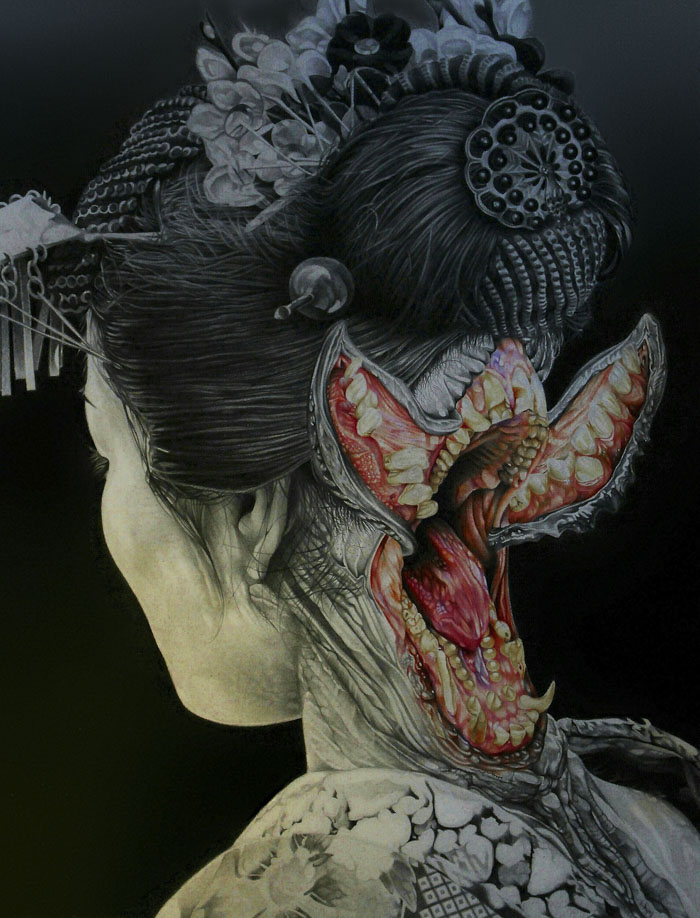 Futakuchi Onna meaning ” the two-mouthed woman” this creature is said to have one normal mouth like everyone else on the face and a second mouth at the back of her head under her hair. Although, there are many stories about the two-mouthed woman in the Japanese culture, the two most popular ones are that the second mouth appears on a woman’s head to force her to eat more. The other one is that if a woman kills her stepchild by starving it, that child’s spirit takes revenge by possessing that woman, forming a second mouth. 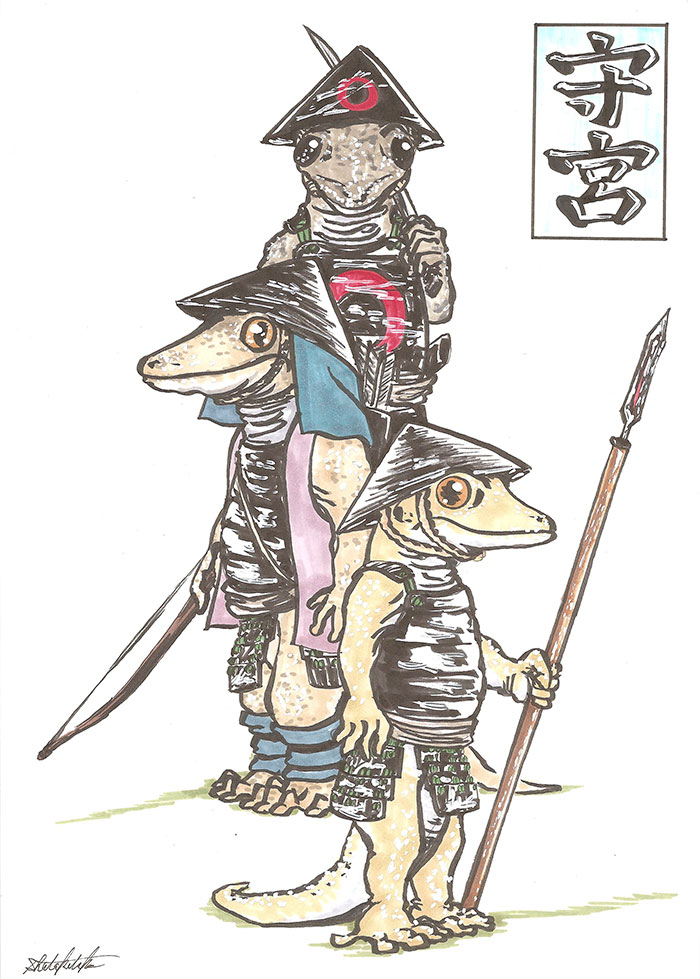 Imori is the spirit of warriors that transformed into geckos after death. These geckos haunt the places where those warriors died. They attack and scare people who visit that place. 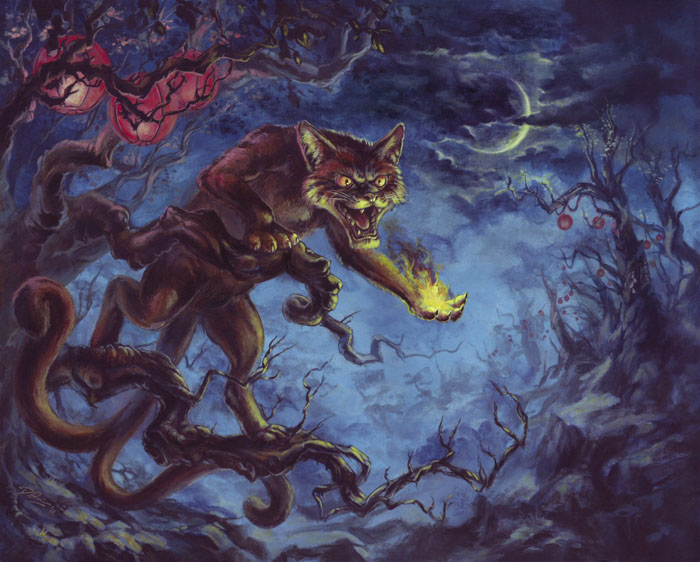 Nekomata is a mythical creature responsible for causing great distractions with fireballs. They are also said to have control over the dead bodies of people using their necromantic powers. These powers control the bodies like a puppet, and they use this power to blackmail and rule over humans. 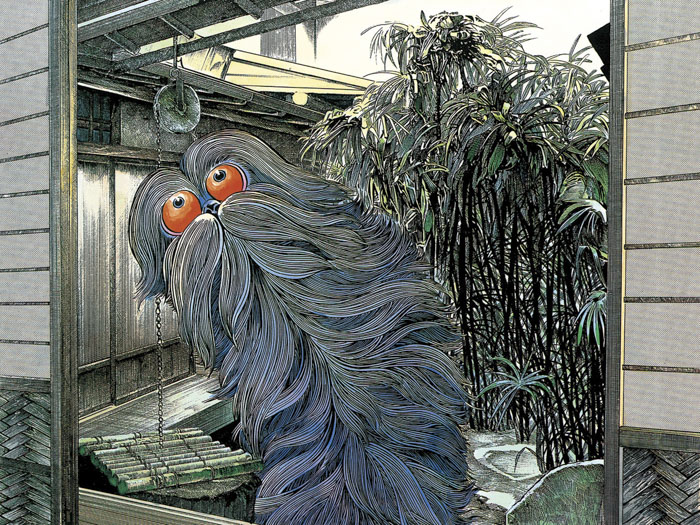 Keukegen might look adorable, but they are nothing more than back luck for people around them. They are a minor spirit that makes people sick and brings diseases to them. They are shy in nature, therefor avoid living around humans. 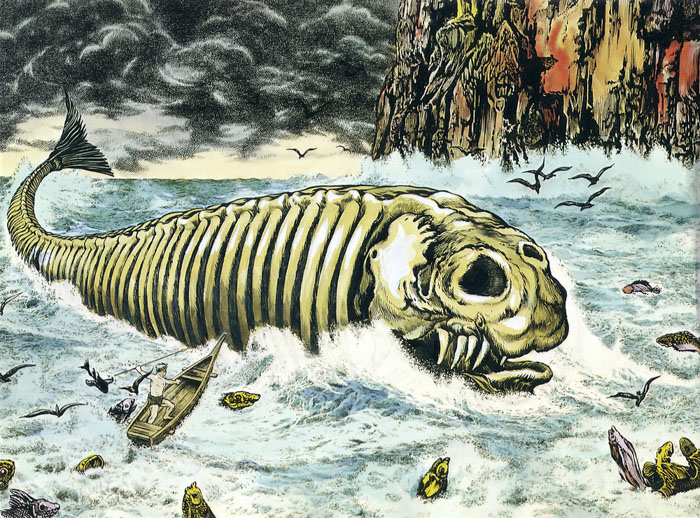 Bake-kujira is a huge skeleton of a whale that appears in the sea on a rainy night and scare fishermen or anyone who sees them in the nearby area. If anyone spots a Bake-kujira, that person is severely cursed and the whole village suffers from famine, plague, fire or any other disaster.

Gashadokuro is a huge skeleton, 15 times larger than the height of a normal person. They are formed from the bones of the dead people who either died due to starvation or they were killed in a battle and were never buried. These enormous skeletons wander around the streets at midnight capturing the traveller walking alone and bite off their head to drink their gushing blood. 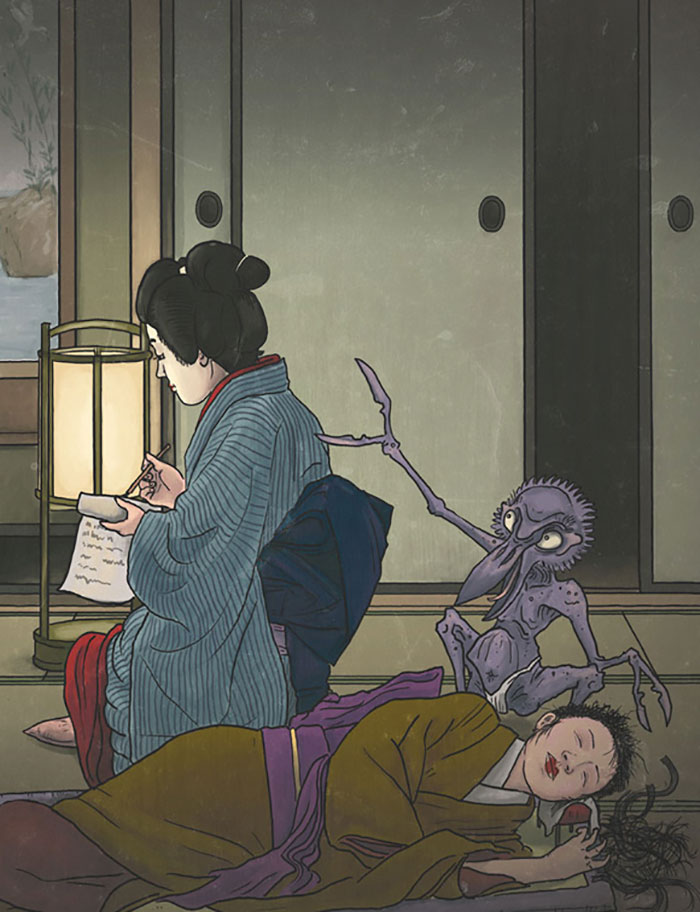 Kamikiri is small ghosts that sneak into the home through open windows and door without making any noise. They have a razor-like hand and a beak that resemble scissors. At night time they quietly sneak up to their victims and cut their hair.

These are pretty bone-chilling stories. Let us know in the comments below if you’ve ever heard any creepy and scary story growing up. We love hearing from you guys.