What in the world is going on out there?

The world is just getting weirder and weirder every day. You read a story on the internet and the first thing that comes to your mind is “what the heck?” And these are not just made up stories. There are literally a lot of messed up people out there who think they are entitled to everything they want and complain when they do not get it. Handling these people is exhausting but they have to be put in their place to teach them a lesson.
All of us are very tired of Karens. When will this punishment for humankind end? Karens have come to the Earth straight from the core of Hell. If you have never come across one, thank god you haven’t because you are just one of the lucky few. The rest of us just live in fear of another middle-aged white woman with a short bob that will ask to see the manager.
This story is about a Karen who brought her snake to a pumpkin farm. When she complained about the snake not being allowed in, the business responded to her. Scroll down below to read the whole story:

She started off by threatening that she would be talking to a news outlet about this and that there were not any specific signs that there are no snakes allowed on the farm, only a sign for dogs. Her family got kicked out for bringing the snake. 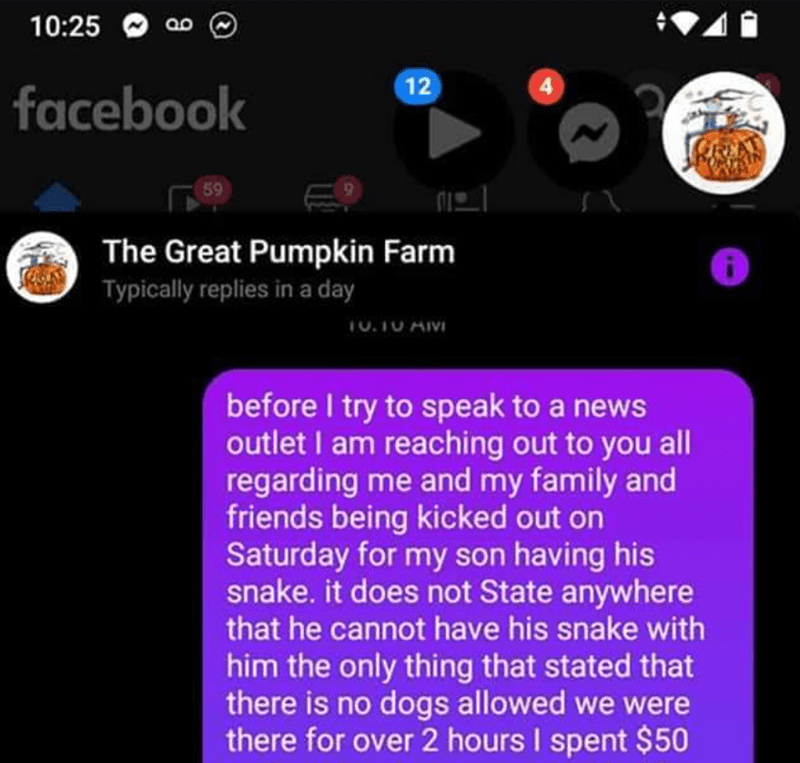 She talked about all the money that she had paid for the tickets and rides and how her family was treated like “criminals” when they were escorted by security guards. She was making it clear that she is not “that kind of a person.” 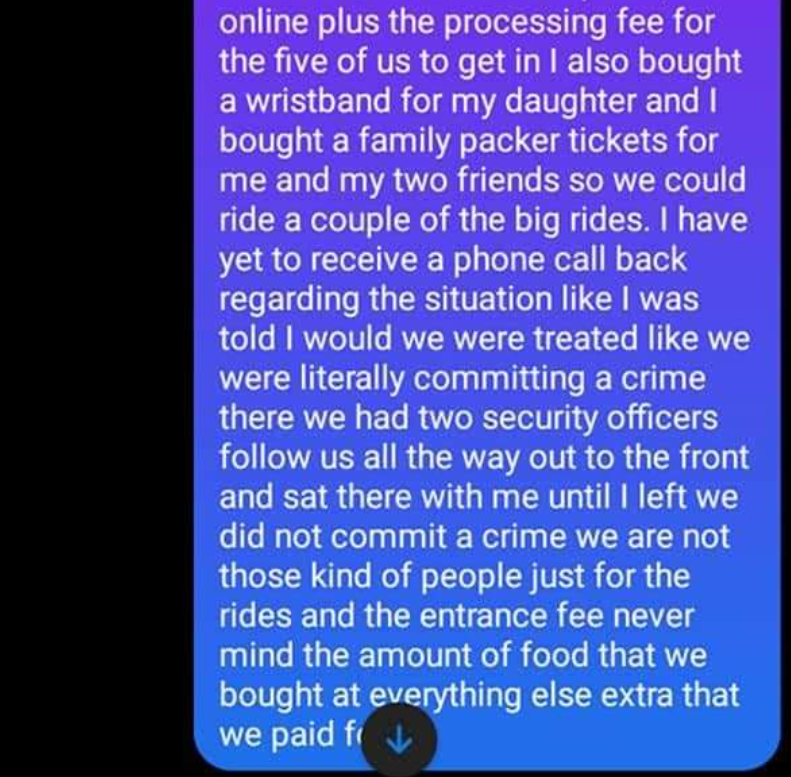 The business responded that her online tickets have been re-activated and she can come back any time without the snake. There were several complaints about the snake which is why they had to be escorted out of the farm, which is completely fair. 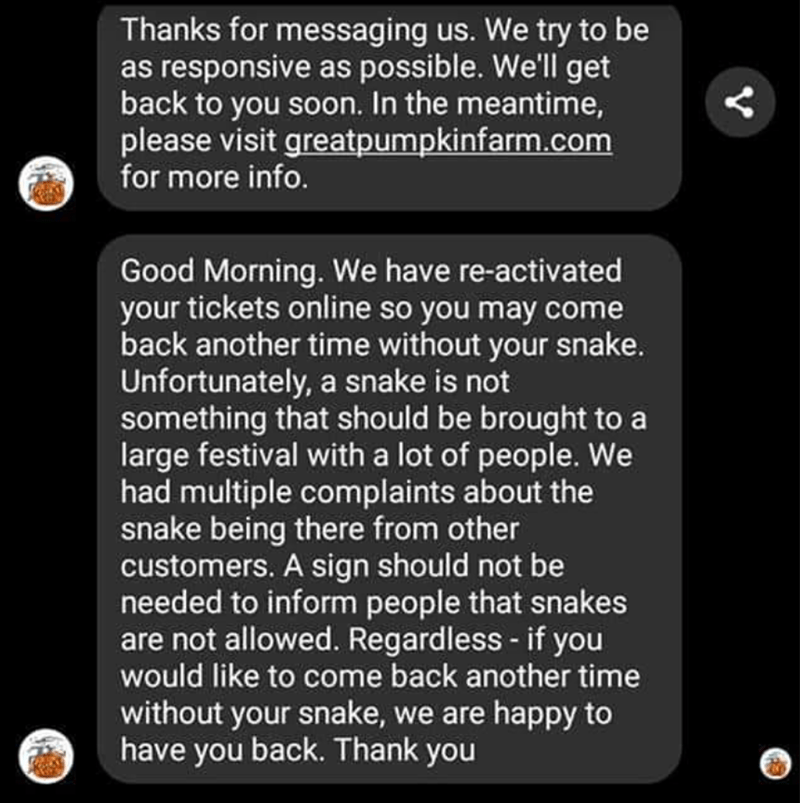 Then Karen started playing the sympathy card saying she was a single mother of two and she can not come back because her child cried too much after the whole incident. 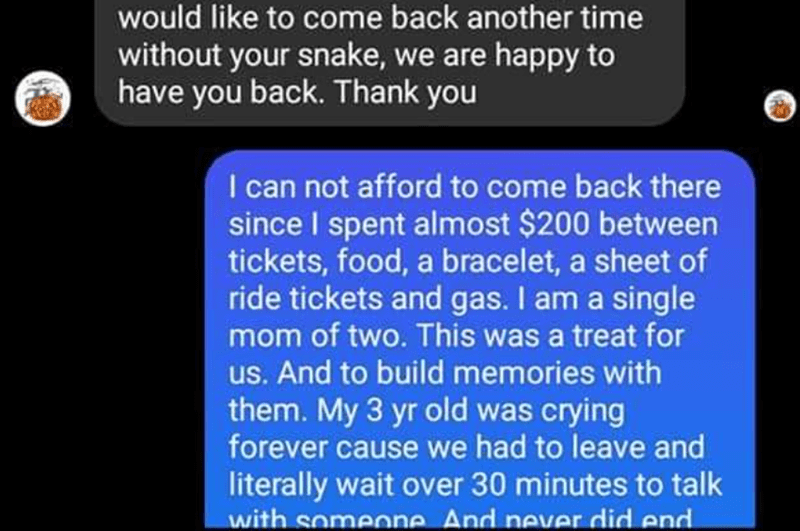 Karen demanded a refund for everything that she spent on the festival. 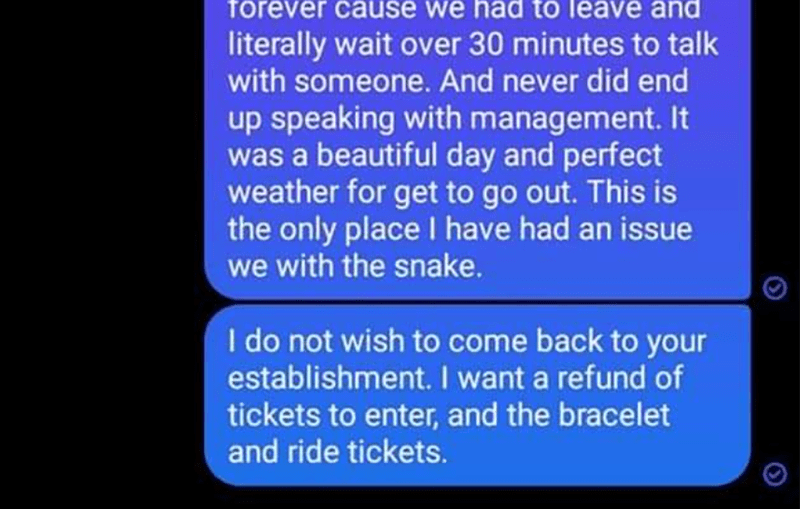 The business very formally replied and politely denied the refund but gave the alternative options that she could pick. 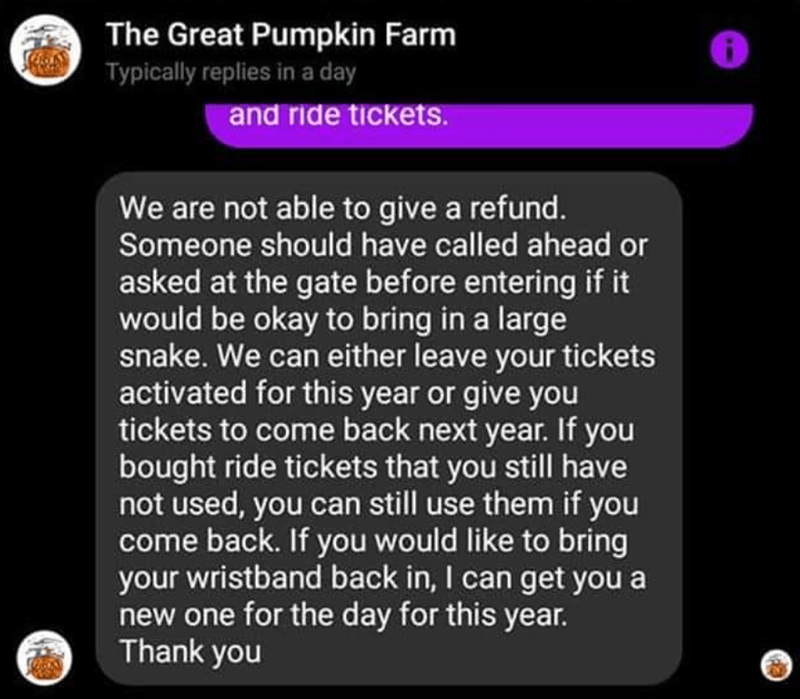 This enraged her even more and she ended the conversation by saying she will tell a news outlet. Good luck with that, Karen. 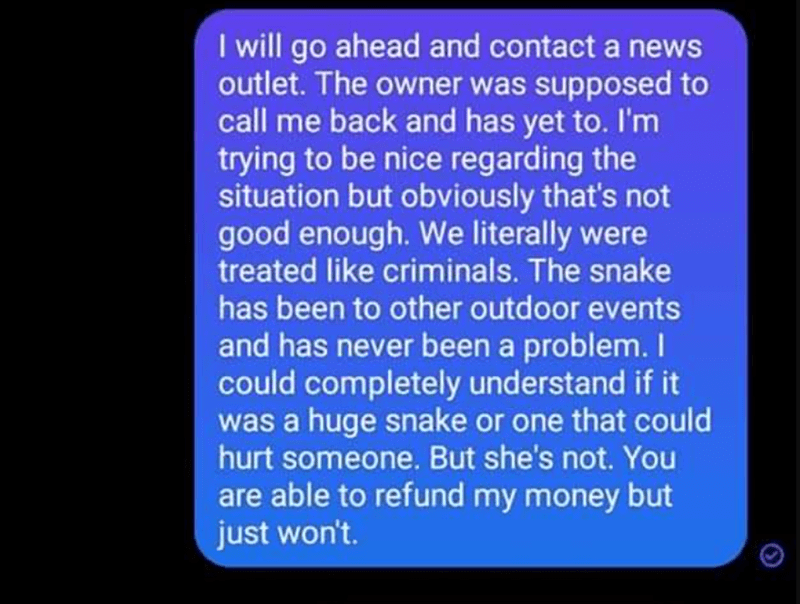 Don’t you think this was a little too absurd? What is wrong with people? Share your thoughts with us in the comments down below.