Why would someone lie about working at a store?

I have never understood this age-old statement in every Karen story where she will try to force it out of a random person that they actually do work at the story and that they are just lying to her. I mean, what world do these people live in to think that everyone is lying all around them? If someone works at a place, they will usually tell you that and won’t actually lie about it. All of us have read hundreds of stories of Karens acting like a**holes but I haven’t come across one instance of an employee lying about their workplace.

I am not saying it doesn’t happen as it might have happened a few times but not nearly as much as these Karens think. And even when someone tells them that they don’t work there, these people will keep saying that they do. I think this sort of behavior is why it is so satisfying to see Karens getting their comeuppance. They obviously need to be thrown off their high horse and whatever way that happens, it is always fun to see.

So just scroll below to read another Karen story where she got what was coming to her in the end.

We start off with a little background on how both the stories looked from the outside and why this person was there at all. 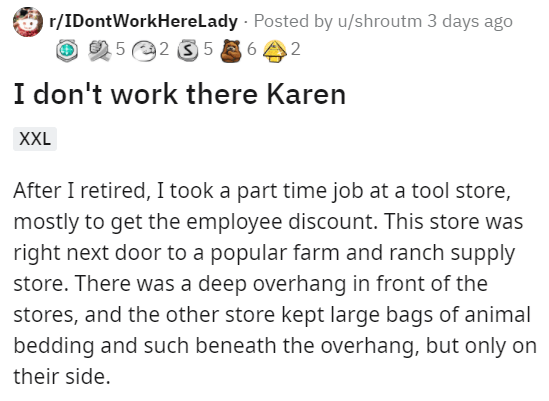 Now, it is an easy mistake to make when he clearly had a similar-looking uniform but this is when things went off the rails. 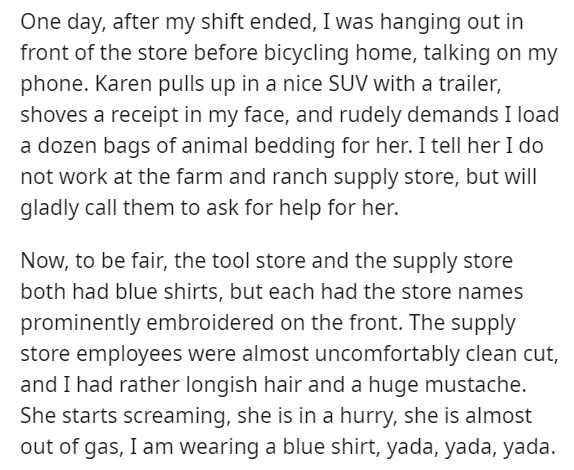 He explained to her that he did not work there again and again but she was just not willing to listen at all no matter what. 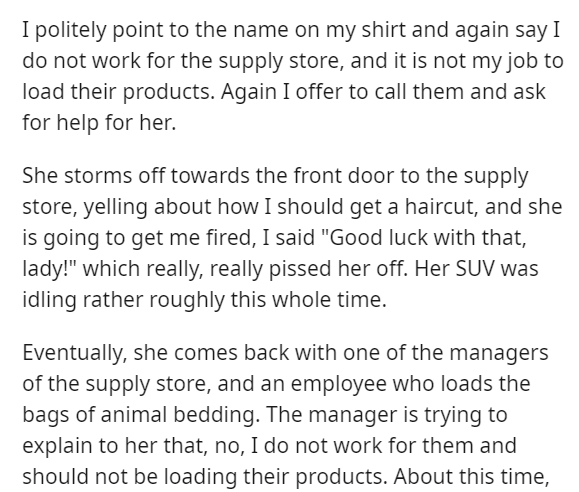 Things take an even worse turn for her as her car runs out of fuel and she is basically stuck there. 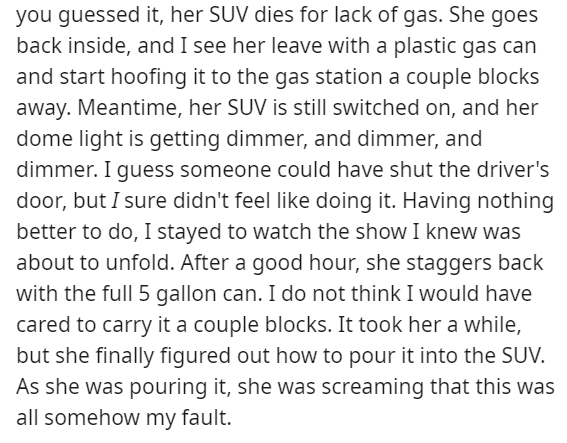 He tried to help her even after all her rude behavior but ofcourse, she doesn’t listen to him so she has to call for help. 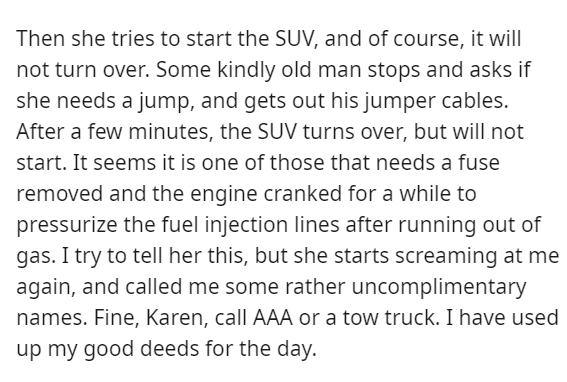 And that is how the story ended with her basically ruining her car.

I don’t get how she thinks it was his fault. He wasn’t the one who drove out there when he knew that the car was almost out of fuel. he was also not the one who bought diesel instead of gasoline. So the only person she can blame for this stupidity is herself. But as we all know by now, Karens will do everything to put the blame on someone else rather than realize their mistake. I also love that he told her to have an ice day and just left.

People in the comments had quite a few ideas about how this scenario could have been even better. 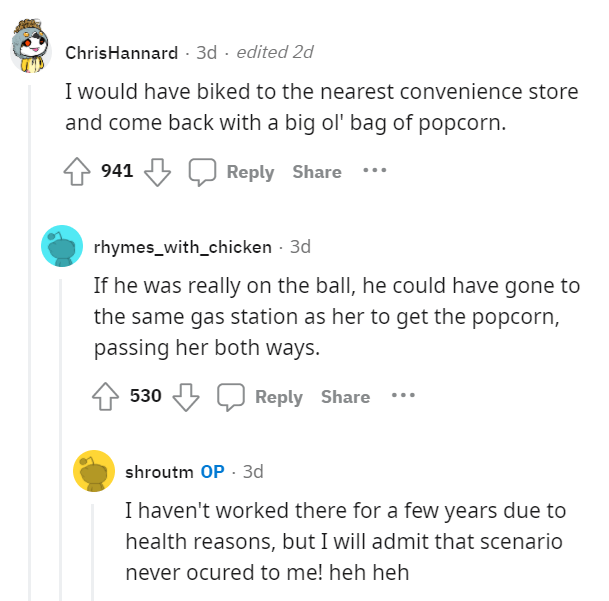 Honestly, if every Karen came with popcorn, I would be up to dealing with a few every now and again. 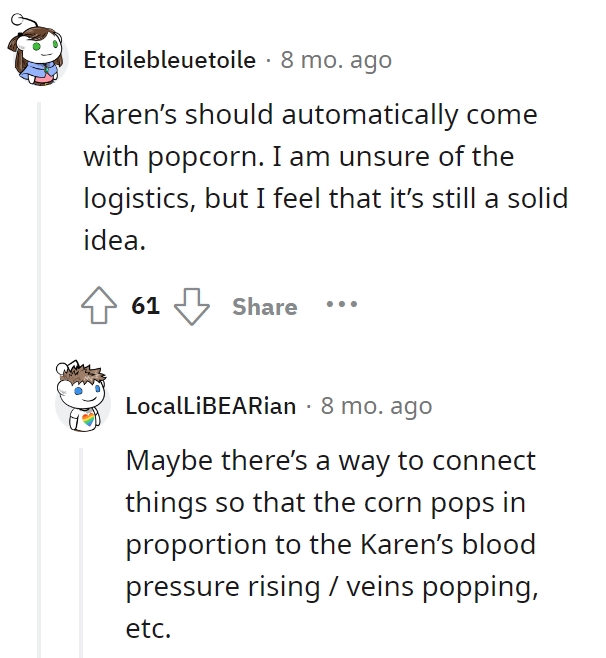 I am sure we have all met a Karen at some point in our life but we just didn’t realize it. 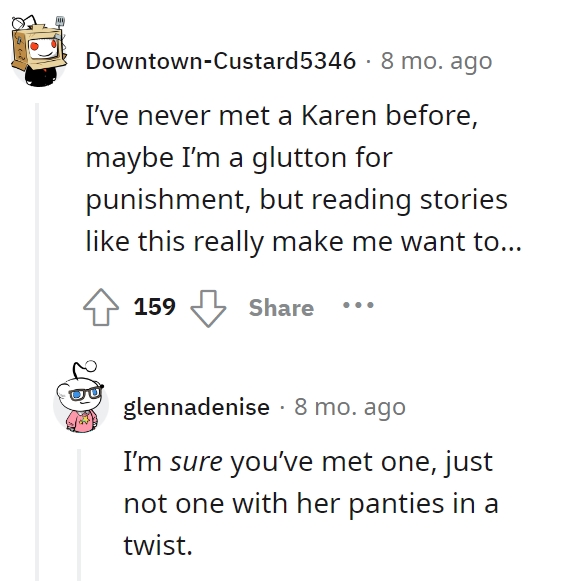 I honestly feel sorry for people who are married to Karens as I can’t even imagine it. 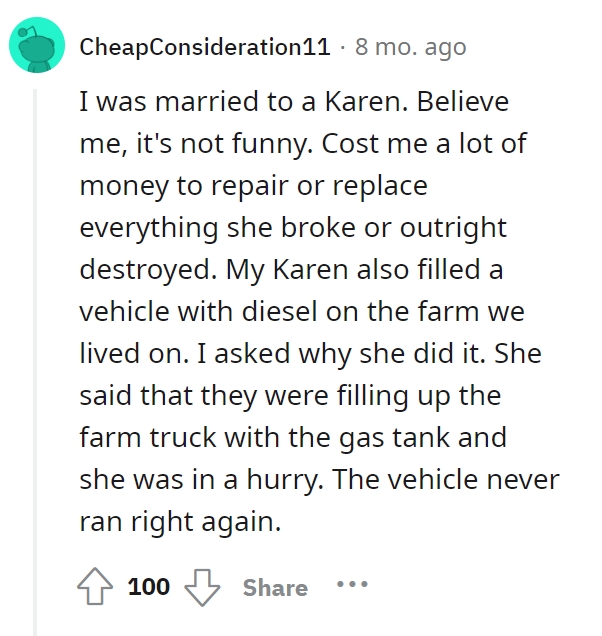 Now, this woman was just straight-up rude for no reason whatsoever. 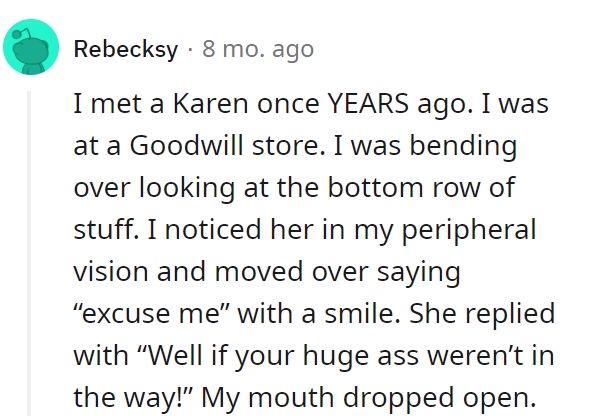 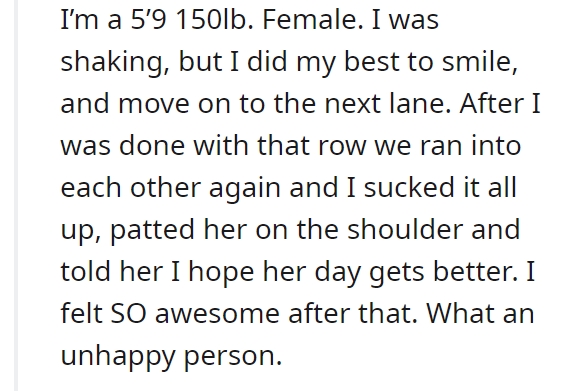 The name Karen has nothing to do with the stereotypical Karen behavior. 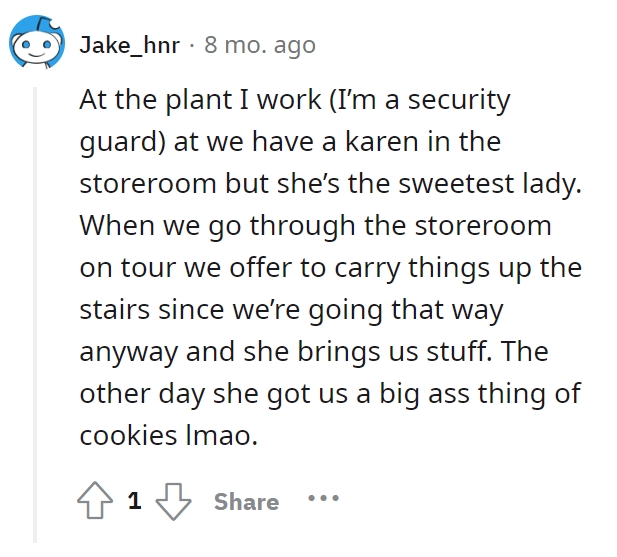 Have you ever been in a similar situation? If so, did you keep telling the person that you did not in fact work there or did you simply walk away? Comment down below to let us know and don’t forget to share this story with your friends so they can comment their stories as well.