What is up with people who cut in front of someone?

I mean, are you really in that much of a hurry that you can’t wait a few minutes before you get your items rung up? Don’t get me wrong, I have cut in line a few times in my life but only when I am in a real hurry and after I asked the person in front of me. Not only that but I only do it when there is a long line and I only have a few items. However, even then if a person doesn’t want to let me, I simply let it go rather than starting an argument.

Most decent people don’t usually do stuff like this. But there are always a few bad apples that can make you really angry even when you are just reading a story rather than it happening to you. However, this guy did get what he deserved afterward so I would say that he got his due. And the employee was also on the customer’s side and made this jerk go back in line which is always great to see.

This story is set in a store and the poster of this story was only a kid when all of this happened. 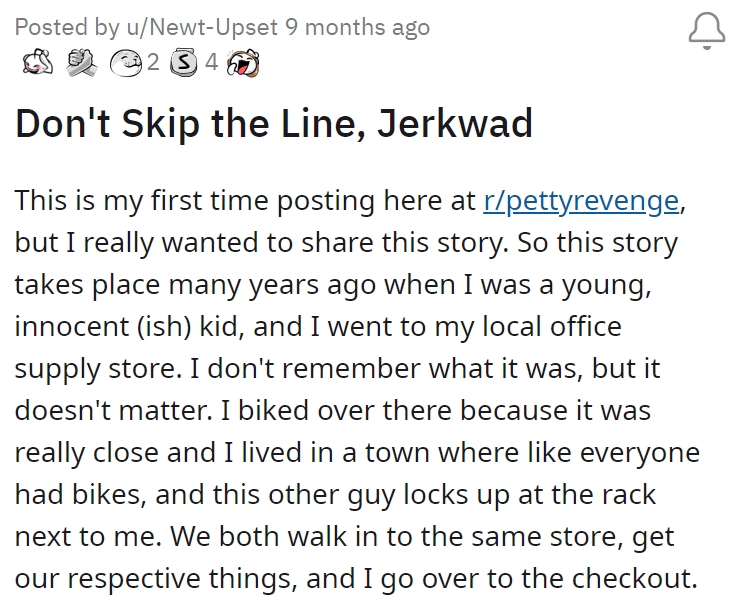 Now, things were going well until this guy basically pushed the kid out of the way so he can get up front.

The cashier wasn’t going to let it go so he told the jerk to get back in line.

Now, this guy kept arguing over how he needed this and whatnot with the cashier.

So the guy finally gets back in line but that is when an idea pops into the mind of this kid and he thinks about how he can make this guy’s day even worse. 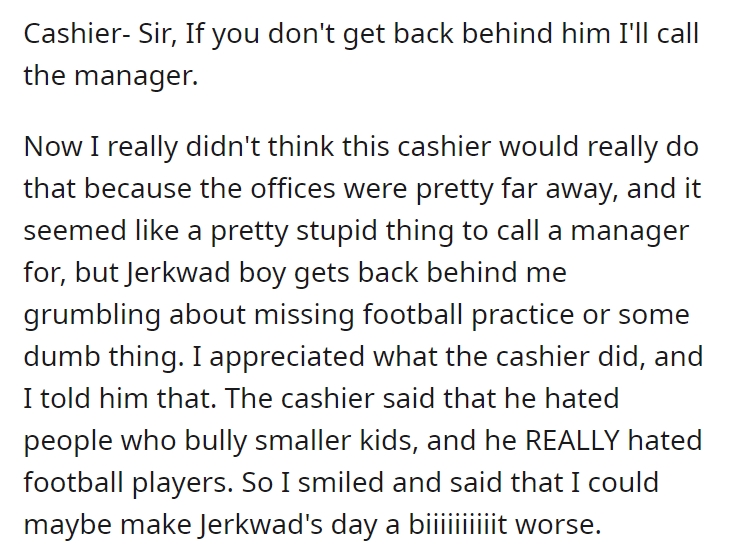 So this kid goes out and tinkers with the jerk’s bike so he will have a few problems. 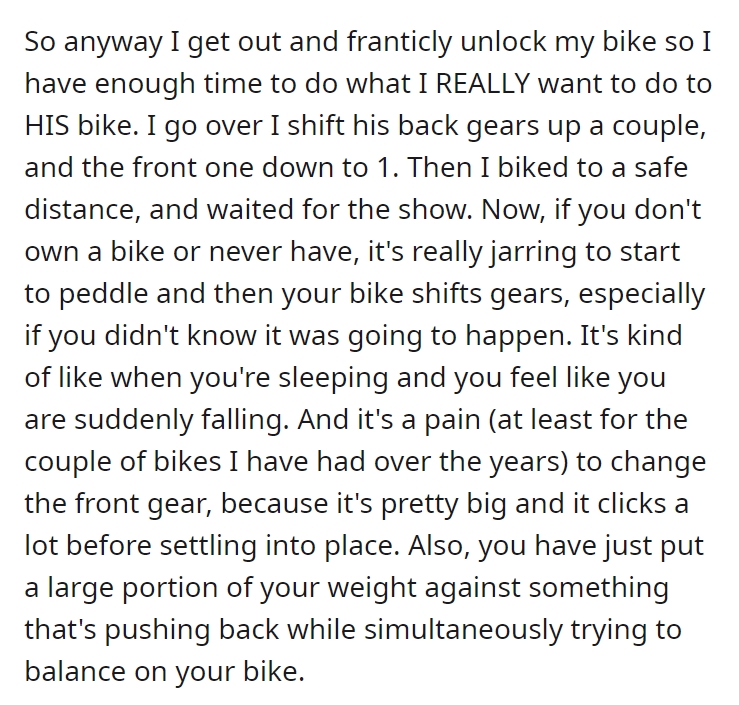 Now, this goes as well as you would expect and all the things go flying off the handle.

This is when this guy peels off after getting his revenge.

This was definitely a good deed in my book. Now, I don’t usually like taking revenge since there is no point to it and it is better to just let things go rather than having anger fester in your heart, sometimes a little petty revenge is needed to teach someone a lesson. Especially when that person is being a complete jerk. Not only that but this guy was doing this to a kid as well which is just plain scummy.

People in the comments had a different ideas as to what he should have done. 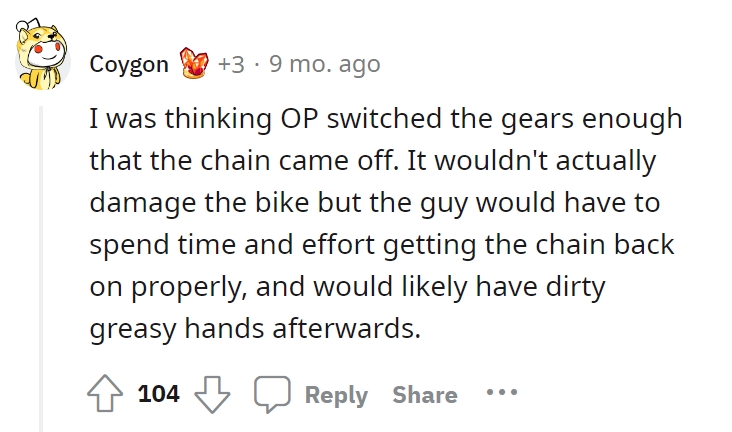 However, he was only a kid then and he didn’t want to vandalize the bike or do something irreversible. 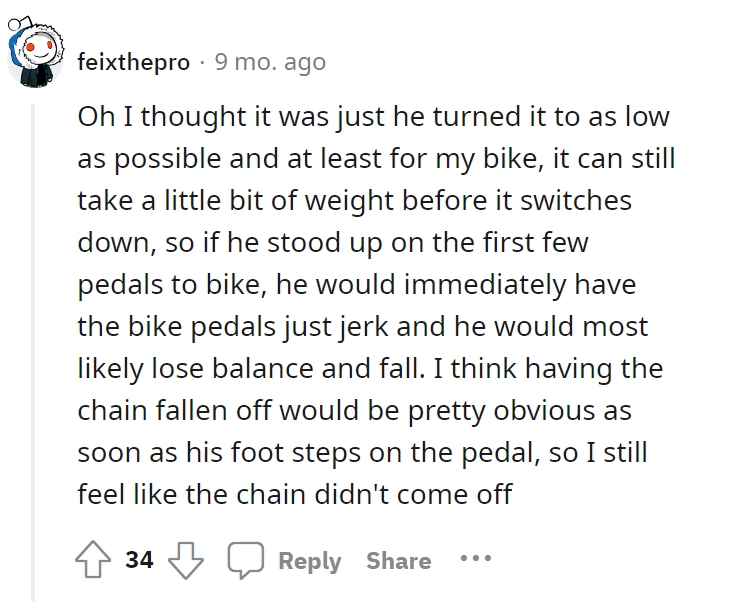 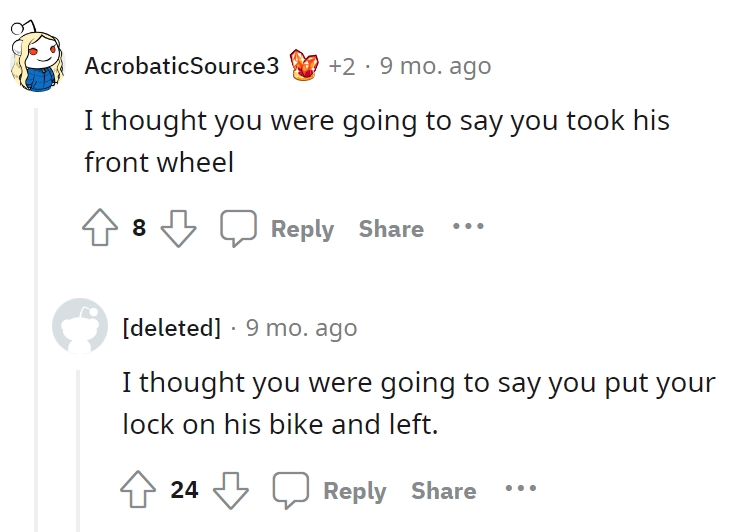 What would you have done in this situation? Would you have simply let it go and left the store afterward or would you have taken things further? Have you ever been in a similar situation in the past? Let us know your story in the comments below and don’t forget to share this article so your friends can do the same.