It isn’t fair that students in other curricular activities get trips and festivals and such while the AP class students get left behind. Even though they arguably work harder than most other students. So it is always nice to see when some teachers appreciate them and want to give something back to the students.

For this particular school, The AP teacher had a long-standing tradition where they would go out to have breakfast on the day of the last exam. Evidently these kids really don’t need to give the last exam, do they? Since they have already been accepted into their desired colleges.

However, this couldn’t stand with one Karen who thought it was unfair and complained to the principal.

I know how this person feels, to be honest. 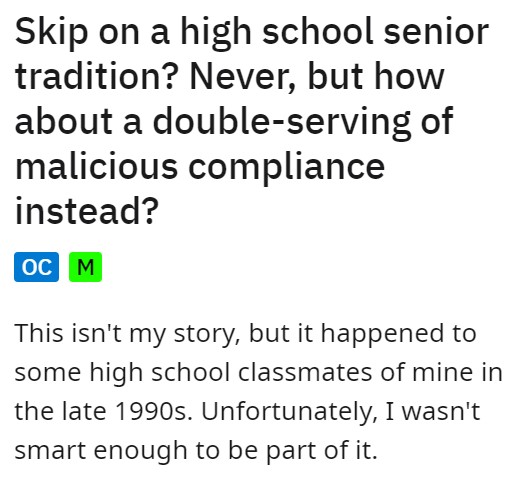 Sounds like a great tradition and fun for the students. 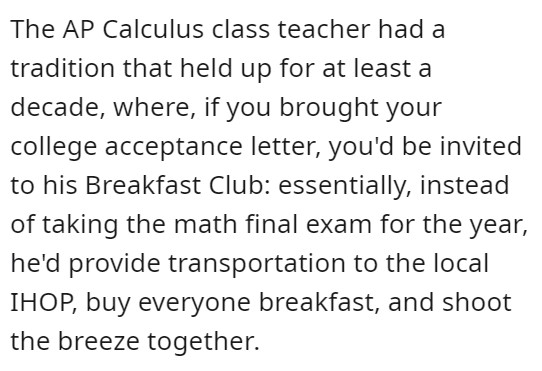 It does seem to be pointless. 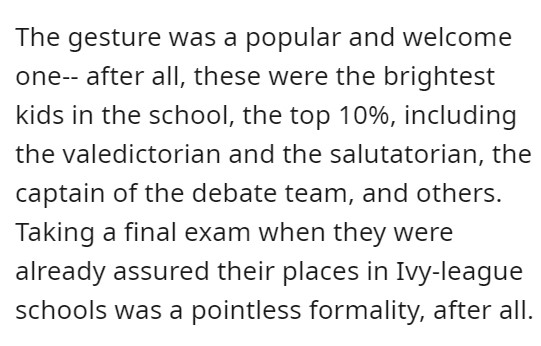 However, the Karen and the principal didn’t see it this way. 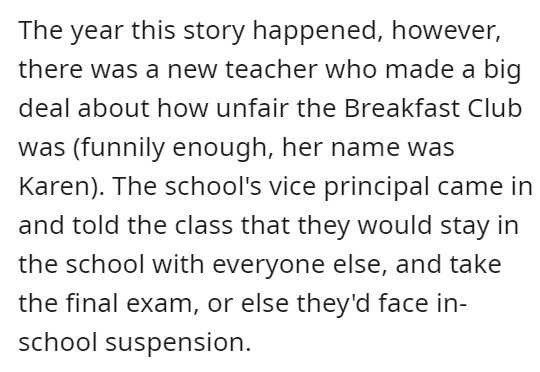 Particularly stupid because everybody knows the only important score from an AP class is the AP test score. Lol. –MillianaT

Well, they did what was asked of them. 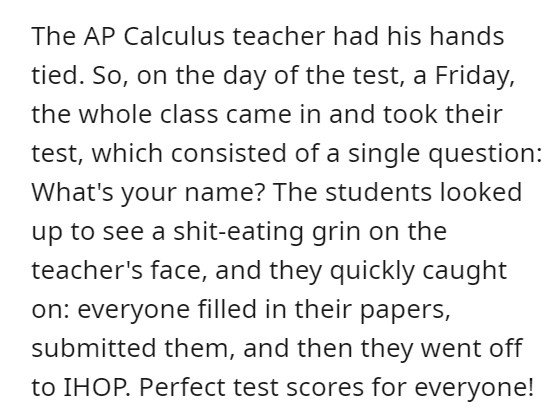 Karen and the vice-principal thought it was a game of checkers.

No, it was a game of 4D chess. And Mr Buckley had them in checkmate since the first move. –Lord-Sneakthief

She wasn’t going to let this go was she?

But it doesn’t end there because the students got the last laugh anyway. 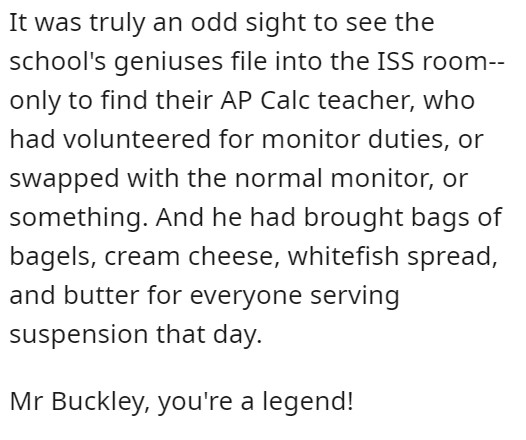 There was no point in doing what the Principal did. 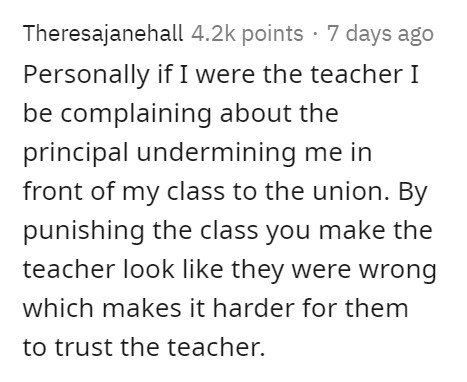 Yeah, good call! As I’m a teacher myself, now, I think you’re absolutely right, and I hope he did. Sadly, we’ll never know, as we went off to summer vacation just one or two weeks later, and then off to our respective colleges. –zeromig

The Principal just wanted to act like a Dictator. 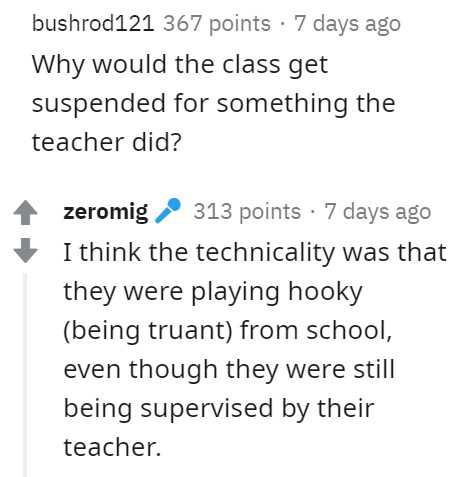 It does not seem fair at all but does anyone care? Not really. 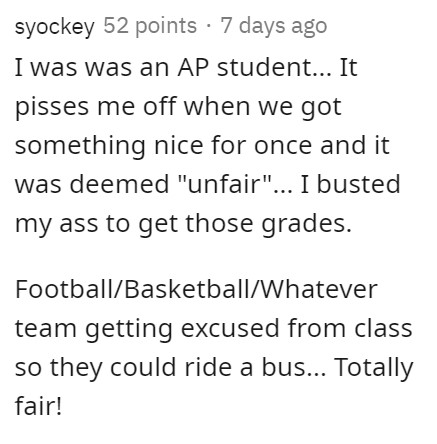 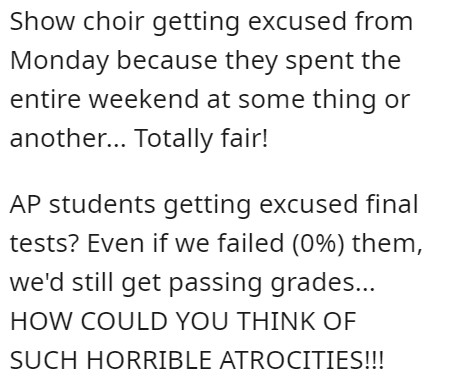 My high school Calculus teacher had a better tradition. At the end of the year she wrote a letter to the head of the local university’s math department asking them to give us credit for Calculus 1 and they did! It was great to get to skip it. She was a local legend, about 10 years beyond when anyone else would have retired, and nobody messed with her. –Sjsamdrake

Does your school have any long-standing traditions? if so let us known in the comments below. And don’t forget to share this story with others as well.