If only she had pronounced his name right.

She wouldn’t have been insulted. Honestly, I never understood why elders expect kids to respect them just because they are older than them. Respect is and always should be a two-way street. If you treat me with respect, you aren’t getting any back. It really is as simple as that. However, most people wouldn’t agree with this. At least most elders won’t.

They just love to shout disrespect at any moment they get. Even if they are the ones who started it all by being petty towards a kid. Aren’t elders supposed to have a lot of experience in life and thus not act bratty? Well, this Grandma doesn’t follow that statement since she is the one acting like a child in this story.

I can understand a relationship not working out but not because of racism. 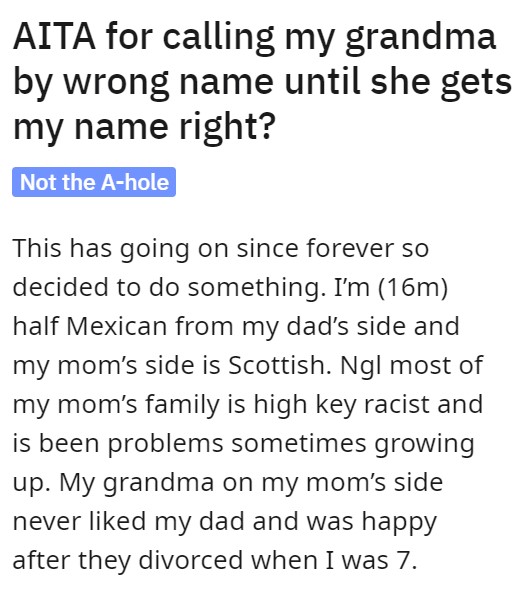 It is actually quite a beautiful and unique name. 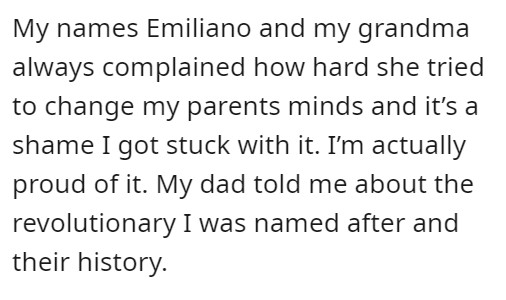 I can certainly relate since people have mispronounced my name all my life. 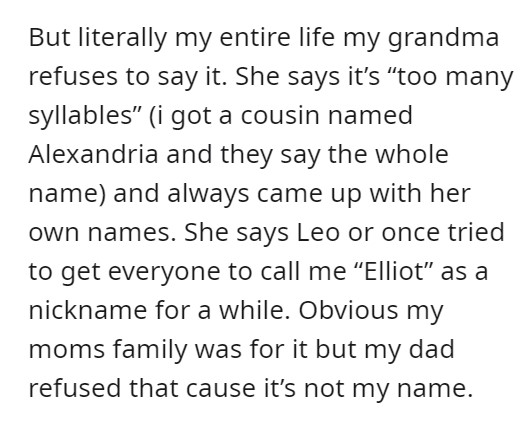 His mother should stand up for her child rather than letting her mother say whatever she wants. 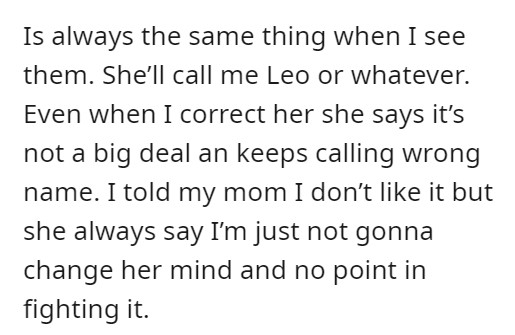 I mean she did sort of deserve this and should have seen this coming. 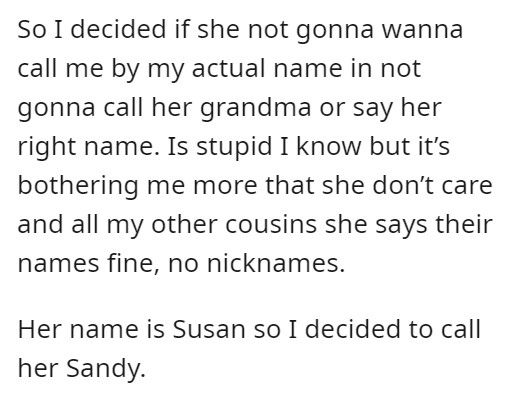 It is always hilarious to see when they realize what they have done. 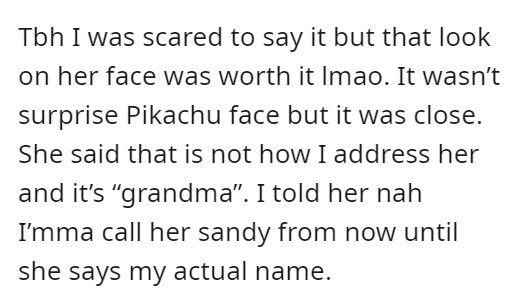 So it’s fine when you do it but not the other way around? 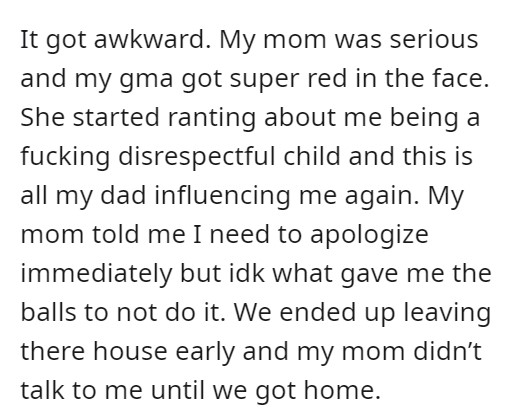 Grounding you for standing up for yourself? Your mother isn’t teaching you the best lessons here. 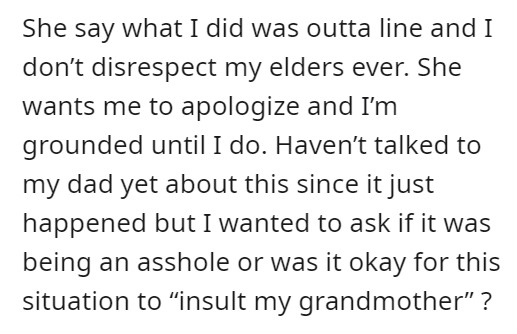 Why not call her Abuela or Abuelita? Sort of malicious compliance-like? NTA btw but I get you don’t want to upset your mum. –Jay-Dee-British

Exactly! And you shouldn’t have to apologize for this. 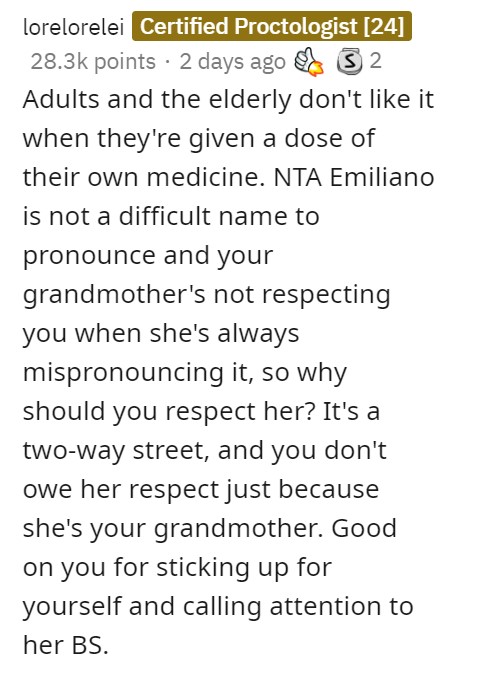 Like it literally ain’t a hard name to pronounce. None of my friends speak Spanish and say it no problem. –notmyname2020 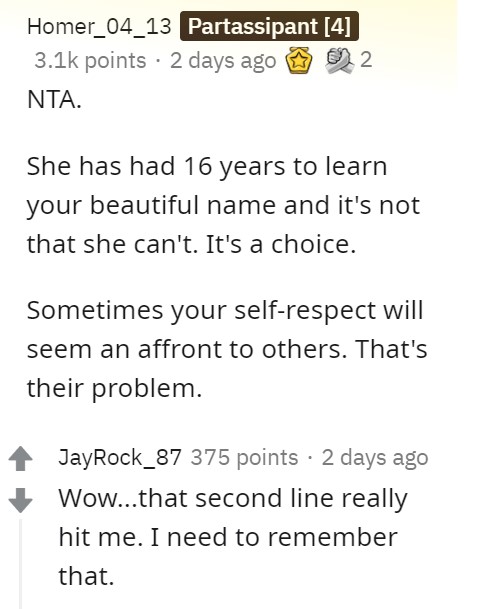 Nobody likes a taste of their own medicine. 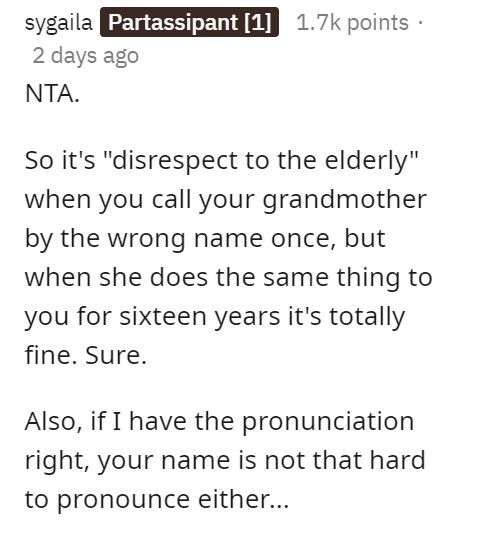 It’s just her excuse for the mental abuse she’s been handing out. She knows it but wants him to feel like shit since she didn’t like the father. She knows that she is more respected, because of her age, so she will use it to push her wants.

For this attitude towards a grandchild, I hope that he decides to keep putting her in her place. I wouldn’t blame him for going NC with his mentally abusive grandma, as I would probably want nothing to do with them after that. –Mechya

Has your name ever been mispronounced? Let us know in the comments below.