These kids told some spookiest things to their parents and we couldn’t help but share with you.

It is said that when a child is born his/her mind is a blank slate. With time, a child starts getting things and information from the surrounding and stores it in his/her mind. But as we have loads and loads of things on our mind by the time we become mature, we start to ignore things easily and observe less. But when we are young, we have more mental freedom along with a plenty of time to see and observe the things around us. Kids are observing things more closely than we think and that is why sometimes they leave us amazed with the unusual things they speak. They sometimes see and hear things that we are unable to.

Similar cases were shared online by many parents who told how their kids said some of the weirdest and spookiest things to them, leaving them uncomfortable rather shocked. This is a compilation of some of the weirdest ones from all the stories that will certainly give you goosebumps.

Scroll down to read.

#2 This creeps me out even more every time I read it. 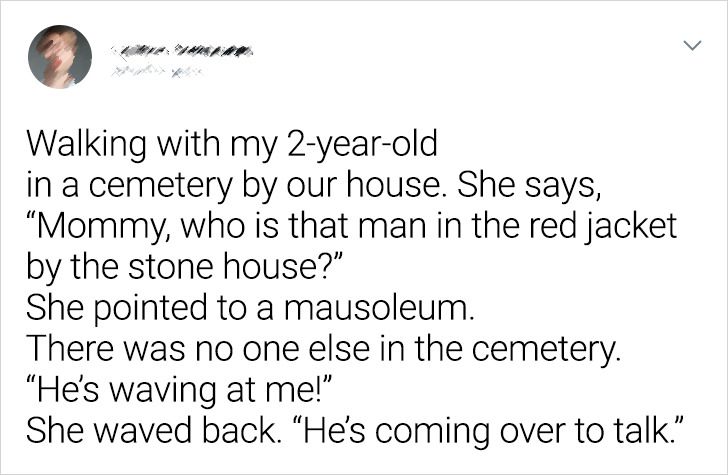 #3 Time to change the house, grandpa. 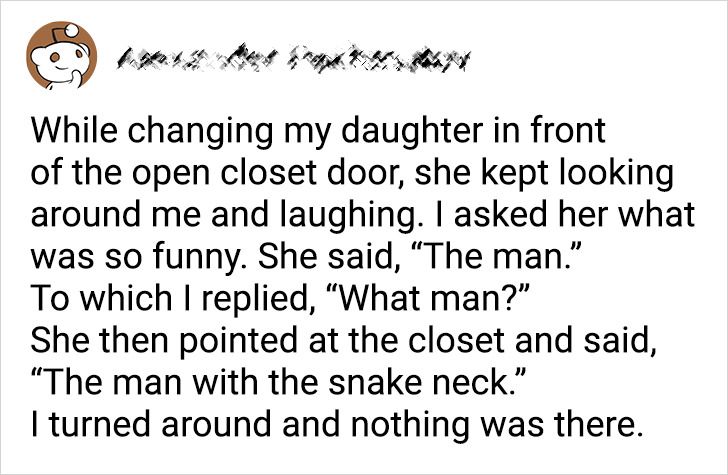 Have these stories made your hair curl already? I mean it’s definitely scary if your kid tells you something like that because we know how kids are so innocent and rarely lie without any reason. It’s nearly impossible for a kid to make such things up and then tell someone about it. So, when you keep all of this in mind, it terrifies you that there’s something out there you can’t see or hear but your child can. Scroll down to read more of such stories about kids being all mysterious with their parents. 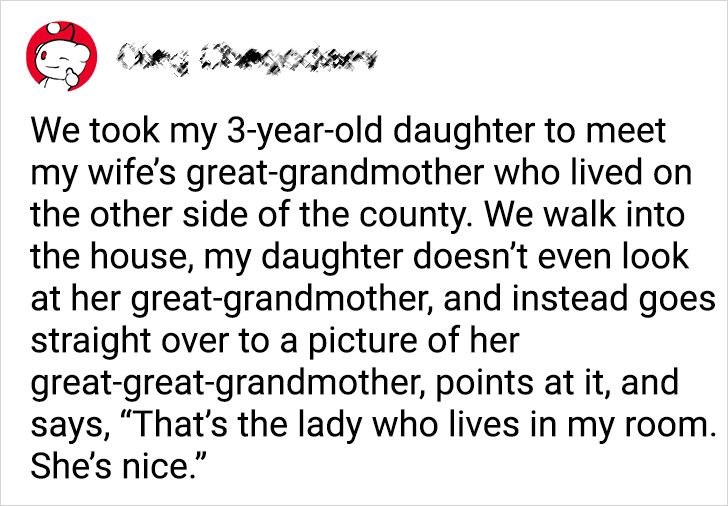 #7 Hope those are just dreams.

#9 Better than growing up to have zero real friends, tbh. 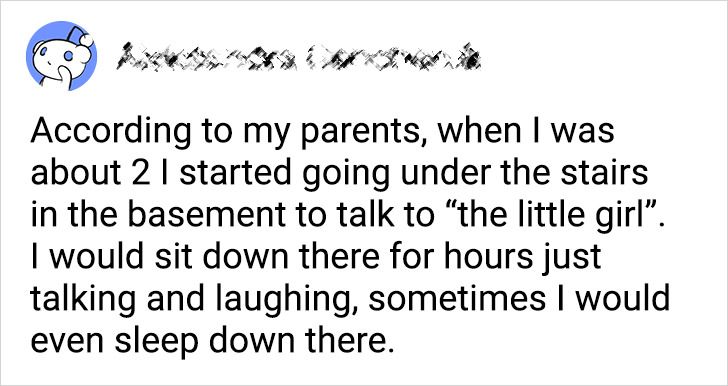 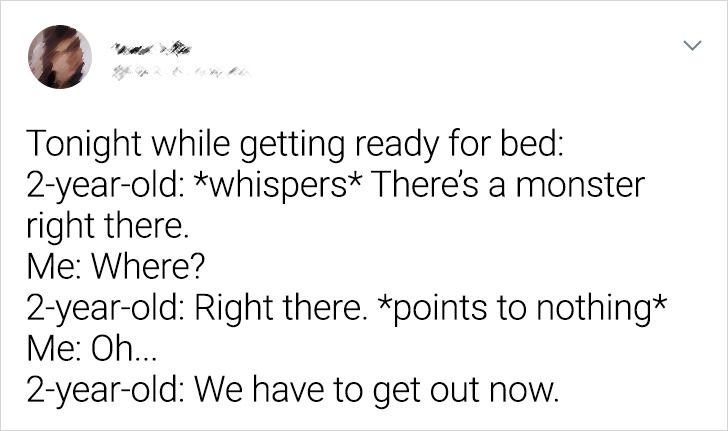 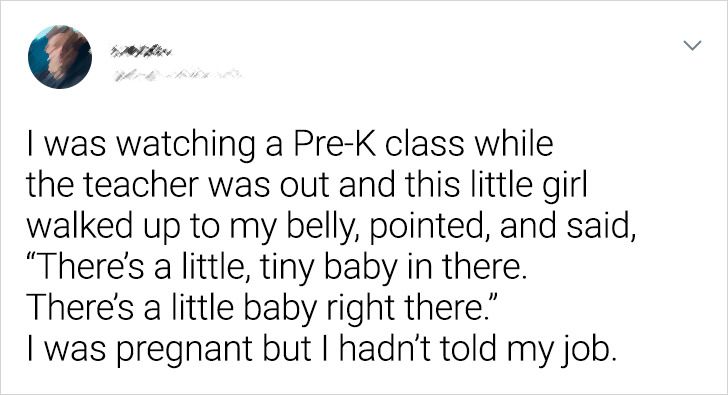 #12 Now check out from that hotel ASAP. 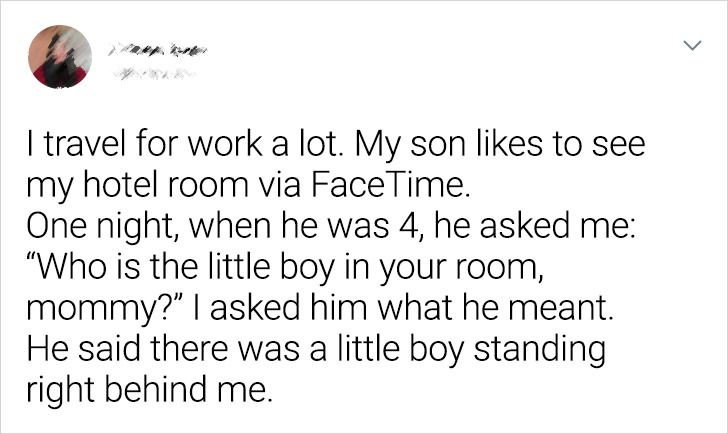 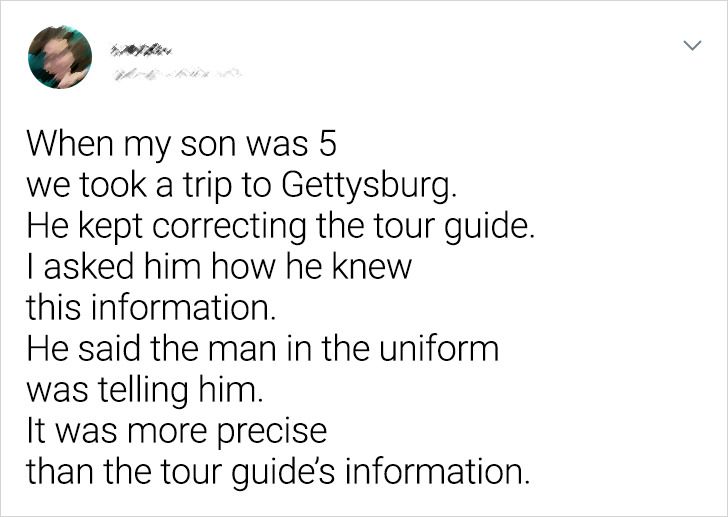 #14 Well, who else isn’t sleeping at night today? 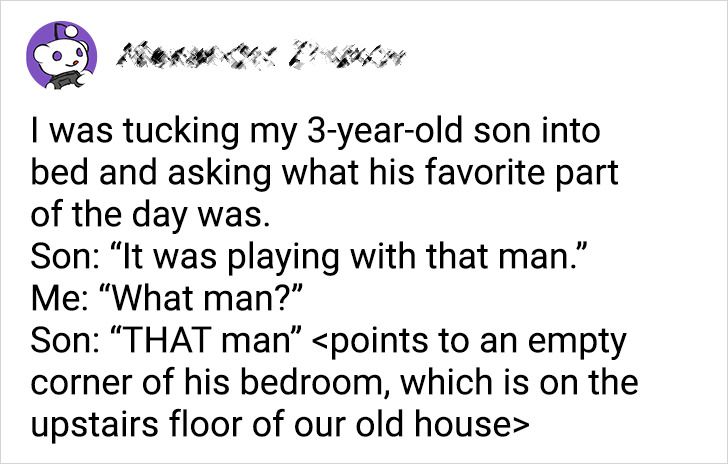 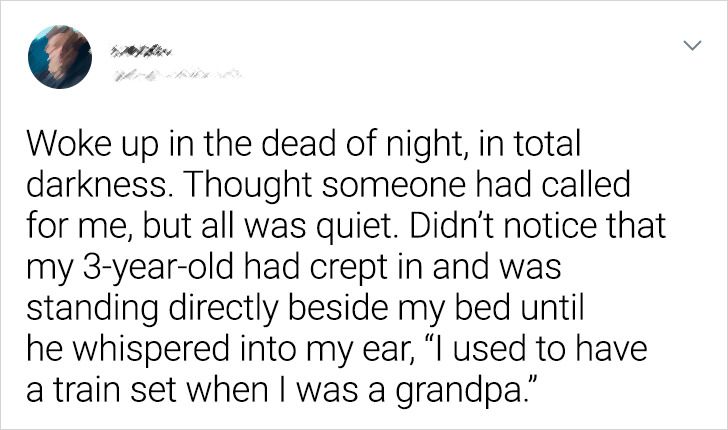 #16 This is making me nervous. 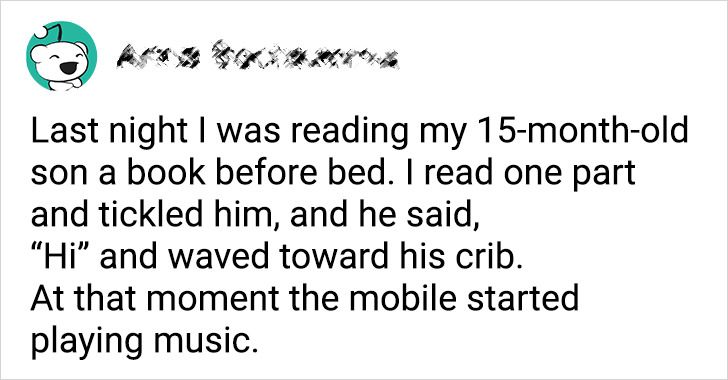 What are your thoughts on these spooky stories? Has your kid also told you something weird and scary like this? If yes, share it with us in the comments below.