There is no measure that can calculate the level of kindness that an animal exhibits.

Pet animals! Ah, I could write pages upon pages on them. There is so much to talk about them and the best part is, this is a mutual feeling. Everyone loves to talk about pets. The factor of excitement that they are naturally embedded with makes like so much easier for anyone who comes in contact with a pet animal. And you have got to credit them for how kind they are. And no, that kindness does not come for free but it doesn’t cost much either. All the animals of the world are always open to love. That’s their only requirement. Just unlimited and unconditional love and nothing else. And just watch the magic happen, watch them form an inseparable bond with you, and maintain it till the end of its existence.

Today we are going to look at some of the acts of kindnesses that these animals have done and made the world a better place. Get ready for an overdose of wholesomeness because these stories are really heartwarming.

Here’s what the owner said about the experience:

“It was a year ago, I was still in 11th grade and I was having a lot of mental issues and school problems (failing, absent, sick, etc.) that pushed me to the edge. (…) I was writing my suicide note and heard some whining, I looked over to my door and saw Leslie staring at me with her ears down. I gave her kisses and sat back down but then she forced herself onto my lap, like, pushed my arms aggressively out of the way to lay on my lap. Because of this I couldn’t move, I couldn’t reach the gun behind me, I didn’t want to move, because she looked so nervous and concerned and even when I tried to move she would growl. She growls as a way of talking so she wasn’t trying to scare me. She stayed there long enough for my neighbors to come busting my door down and finding me. She’s my hero” 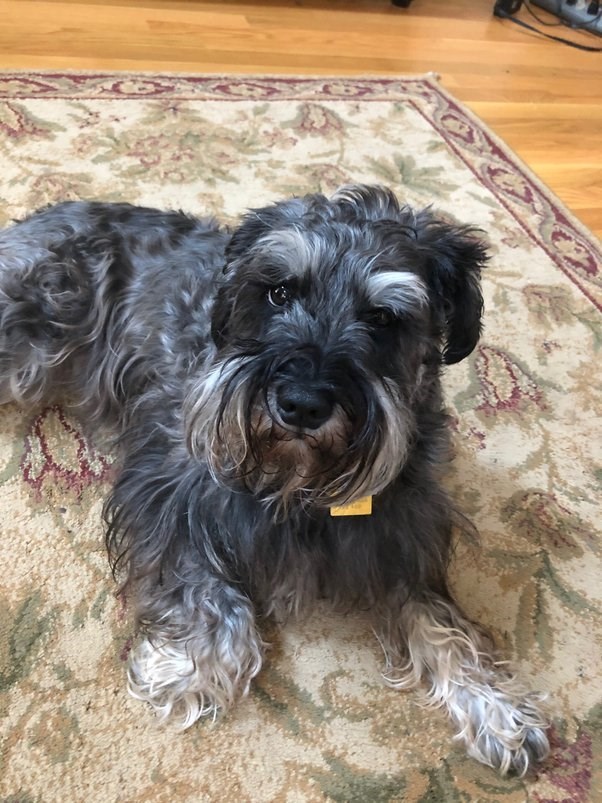 Dogs need to teach us on heroism.

2. This person’s cat noticed that they were a bit hungry so it decided to go all out and got its owner some delicious food.

The owner said, “I was broke, I had bought her cat food with my last few rands, and it was 2 days from payday. There was no food in the house. I went to bed hungry, and the next morning I made her breakfast, and this beautiful creature looked at me, turned around, and went out the window. I was thinking, great abandoned by the cat as well, and then I heard a Muffled Rowl. That sound I know, she came jumping through the window with a pigeon she had just caught and dumped it by my feet. She looked at me and battered her eyes and cleaned herself. It was like she knew I was hungry, so she went and caught me something to eat.
What a beautiful soul …” 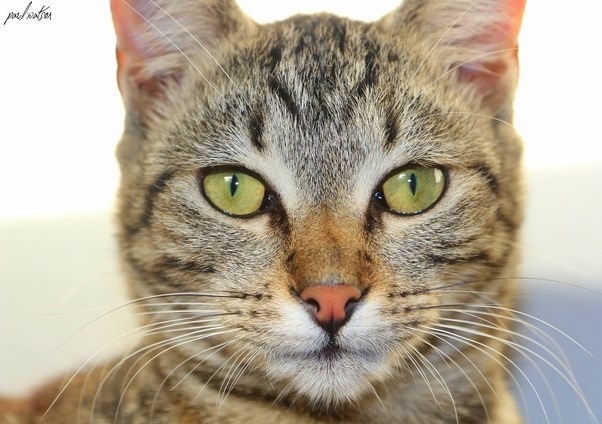 3. This owner of a Siberian Husky was admitted to the hospital for 13 weeks straight. Their companion stayed with them every single day.

“Never leaving my side except when a friend came by to walk her and take he to go to the bathroom. She made me laugh all the time and visited others and brought them happiness while we were stuck in the hospital.” 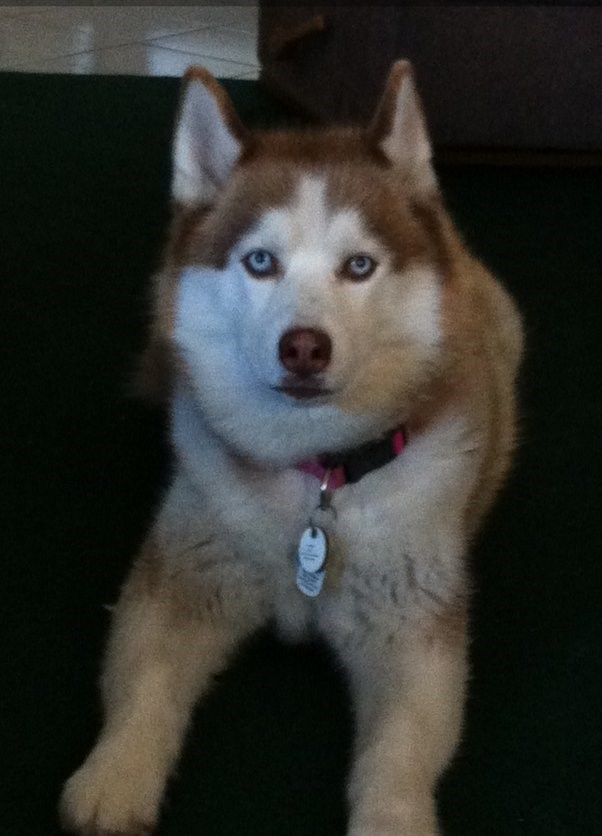 4. This person’s pet taught them what unconditional love really means after it passed away.

“Through losing her in 3D, I learned so much about Life’s values and what truly matters, which triggered a complete transformation of my identity.

See you at the rainbow bridge, my black baby” 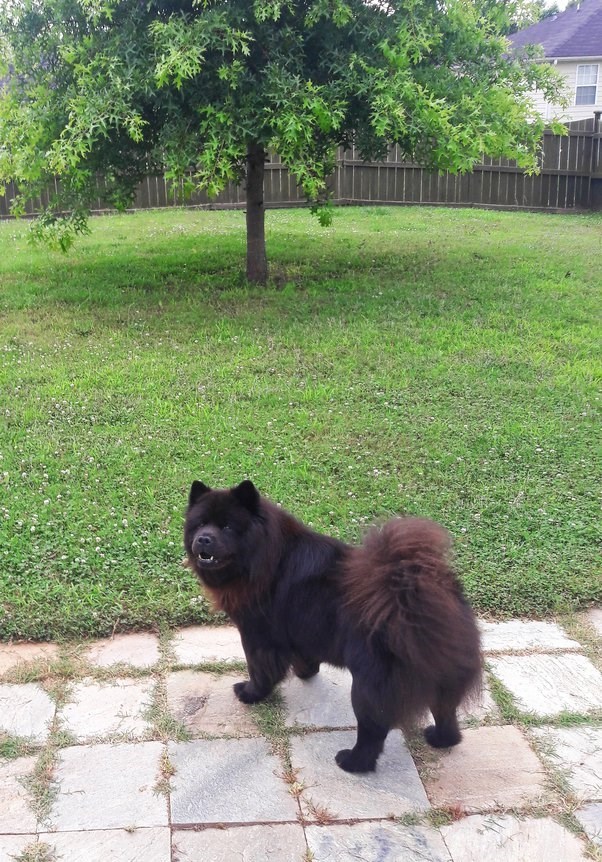 5. This person noticed a stray kitten eating from a trashcan and decided to adopt it. They became best friends forever.

“I saw an orange feral kitten eating out of a trash can. After seeing him a few days in a row, I don’t know why, but I decided to trap him with a humane trap, get him neutered, and try to tame him. I spent a few weeks keeping him in a large wire dog crate/cage in a spare bedroom. I would leave regular food and water in the cage, and then try to entice him with chicken baby food (it’s called Kitty Crack by cat rescues) on a plastic spoon, duck taped to a long stick. He had a favorite hiding place made out of a shoebox with a t-shirt over it, the neck opening was the ‘door’, and he would stick out his head and lick the baby food out of the spoon. I talked to him a lot, read his books, sang to him, and felt a fool. I thought anyone who could have watched this grey-haired lady trying to convince this kitten to trust her would-be amused.
One day, after the chicken baby food on a stick/spoon ritual, he paused, looked at me, and did this long meow. Never could I describe it, just thinking about the moment gives me chill bumps. Then he came out of his hiding place and beckoned to me, putting his front paws through the cage, to pet him. He has trusted me, completely, utterly, ever since. He hides from everyone else. It was a magical and miraculous thing. He is the most loving, devoted pet I have ever had. And I will never let him down.”

Such a wholesome story. 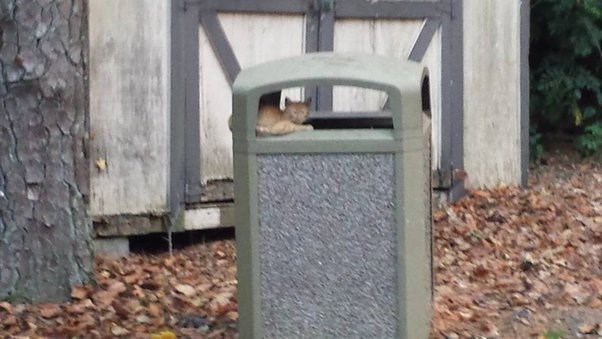 6. This person’s cat was there for them when they were really ill. A perfect comfort partner that we all require. 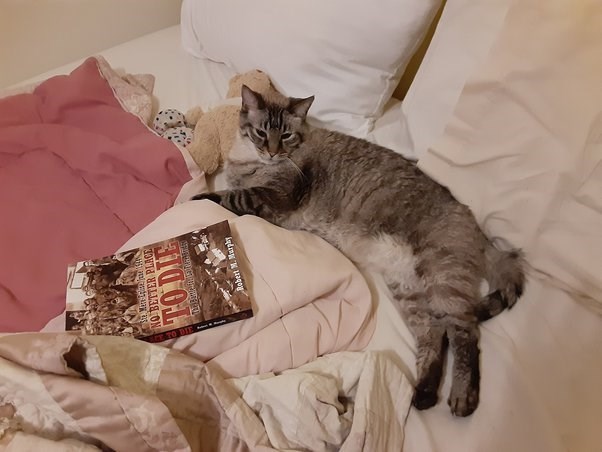 These stories are so heartwarming and adorable to go through. Animals are so strong and we underestimate them way too much. We really don’t deserve these animals.

7. Geordi the cat showed pure compassion and supported their owner during their PTSD.

Here’s their experience, “This is Geordi. He was a friendly farm cat who was going to be taken to a kill shelter, so I offered to take him. He enjoyed hanging around and was a really laid-back guy. The only cat I ever had who didn’t mind being taken to the vet. He’d enjoy if you petted him, but wasn’t ever a lap cat or overly touchy-feely. He also never slept on my bed, though I’d try to put him there. He preferred to lie on the couch alone or sprawl across the floor.

I have Post-Traumatic Stress Disorder, which has improved greatly over the past few years but used to manifest in extreme anxiety and especially night terrors. I would have nightmares so terrifyingly real, I would wake up in cold sweats, convinced I was having a heart attack. On multiple occasions, instead of this, I would wake up to Geordi – who was a pretty big guy – lying on my chest, nudging me with his nose to wake up. His weight was soothing. He would stay there until I calmed down, then simply hop down and walk away. The ONLY time he ever did this was when I was in the middle of a horrible nightmare – I couldn’t pay him to lay on my chest in bed otherwise. To this day, I have no idea how he could tell what was happening. My husband says I don’t talk in my sleep, thrash around, or cry out, but somehow this cat knew I needed help. Geordi passed away last year at the age of 13 from a heart tumor, and I miss him terribly. But am so grateful for the times he saved me from myself.” 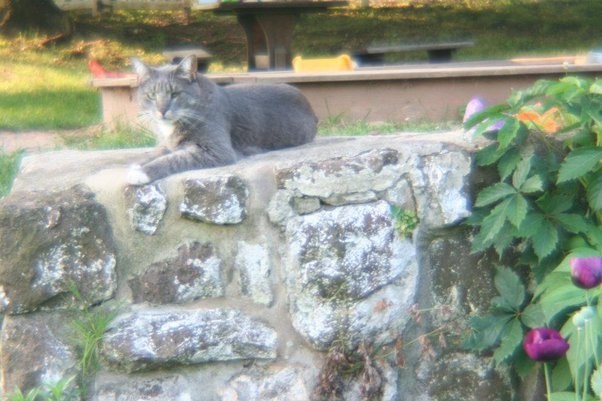 8. Meet Thor, who ignored all her prioritize and stayed with its owner while they recovered from stomach flu.

“The day I first got Thor, I became sick from some stomach virus. I didn’t expect Thor to care or even notice. He was still getting used to me, and a new household.

But, as I sat on the bathroom floor, Thor came in. He tried to kiss my face, and sat in my lap as I threw up.

The next morning, I still was sick. I took a bath, and to my surprise Thor joined me. He laid on my chest as I whimpered in pain, and desperately tried to find a comfortable position.

I ended up falling asleep in the bath, but Thor still didn’t leave my side. He was determined to make me feel better.

To this day, whenever I throw up, he runs to the bathroom and sits in my lap.

That’s the kindest thing a pet has ever done for me. All he cared about was making me feel better, and I have never had a cat be so sweet to me.” 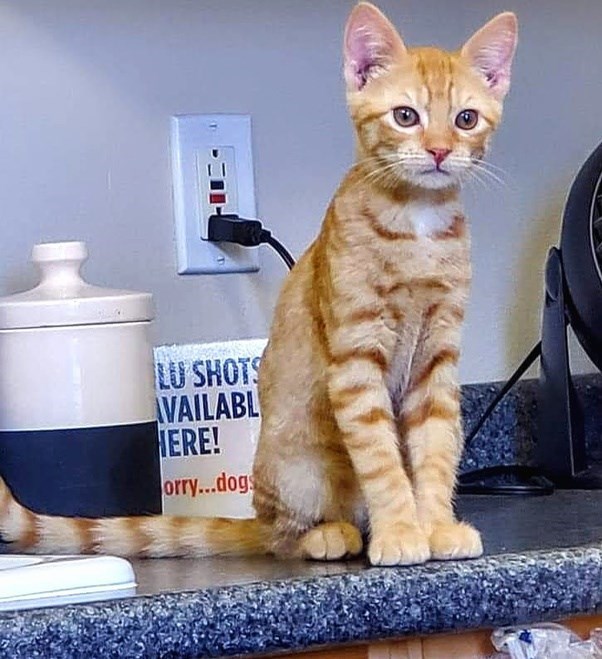 9. Example of a true hero. This dog grabbed a thief in its owner’s yard.

10. This adorable cat, Kiwi, made its owner feel comfortable during her periods.

Here’s what they had to say on this:

“The week I brought my first cat Kiwi home, I also got my periods. That month it was nasty. I was not able to get out of my bed, stand or do anything. It was Kiwi’s 3rd or 4th day in our house, and she was still not comfortable with our touch and was getting used to things around the house.

When Kiwi was in my room, I started to get the severe pain and started crying softly. To my surprise, she came near me, sniffed me, then sat on my lower belly. She stayed there until I fell asleep. She made sure I was comfortable and kept on licking me once in a while.

She is the sweetest cat I ever knew.” 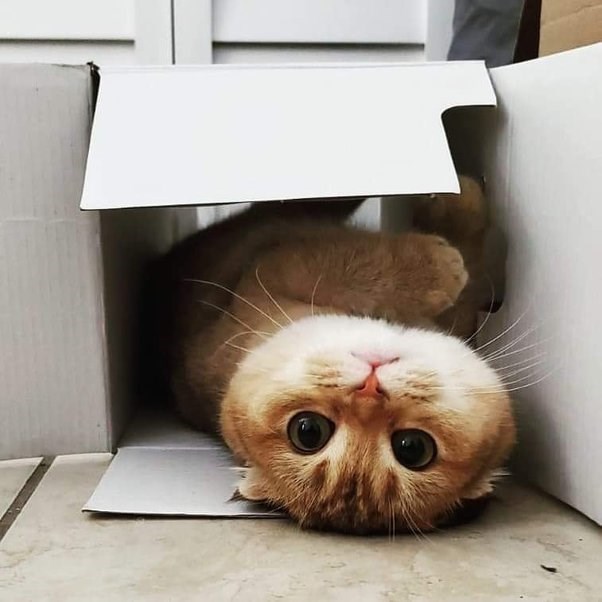 11. This person’s neighbor’s compassionate husky helped them cope with their mother’s death. So powerful. 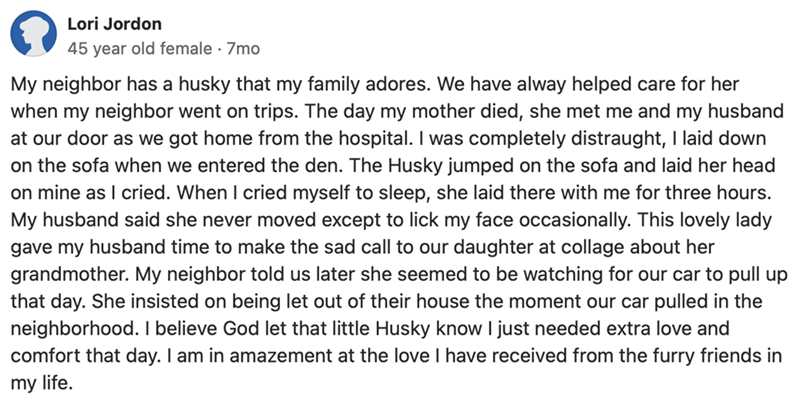 12. Anna threw up one day and her cat was there to get her through it.

Well, this is what the standard for kindness should be for every species that exists on this planet. Lovely!