Many landlords just don’t care for their tenants.

Which I really don’t understand. After all, the reason you have food on your table is because of those tenants. So you should really be nice to the source of your income. However, it seems not many landlords think this way. They feel like they can do whatever they want just because they own property.

Well, it doesn’t always pan out this way. Because not every tenant is ready to take sh*t from their landlord. I have been a renter most of my life and I have dealt with my fair share of horrible landlords. Let’s just say they do not expect a response from their renters. After all, it’s not we are human beings as well right?

This is particularly satisfying for every renter tired of their sh*tty landlords out there. So scroll on below and take a look.

If I heard noises behind a wall, I’d be running out screaming my lungs off. 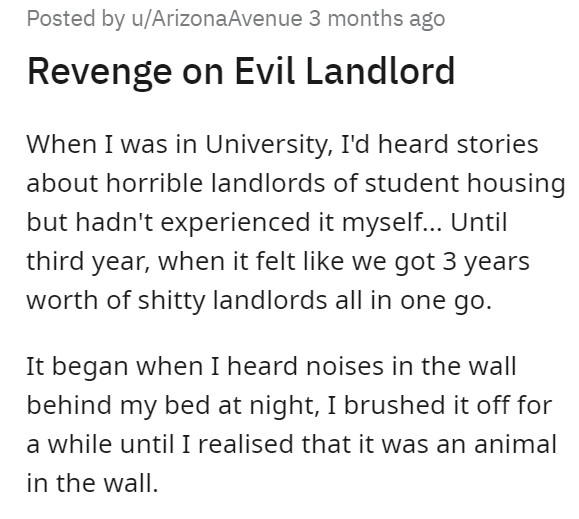 That is a huge red flag for me. 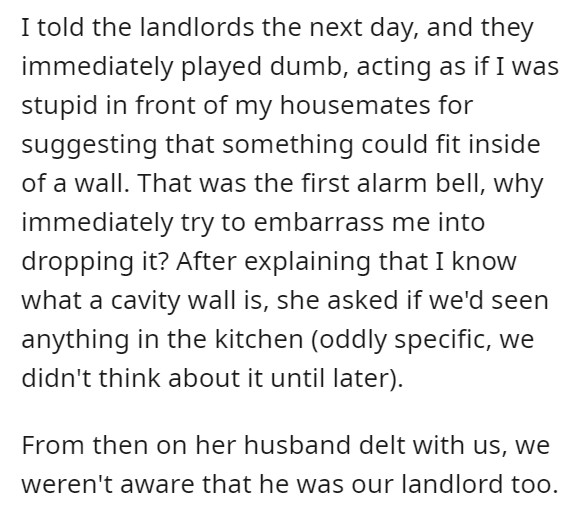 That does not sound good. 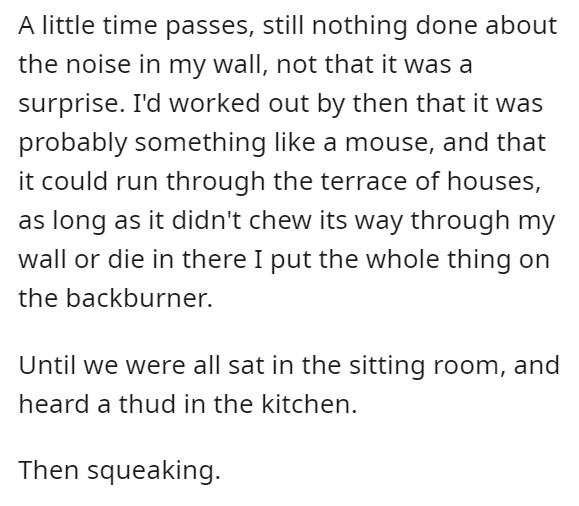 Well, at least they kept their cool. I would not have done the same. 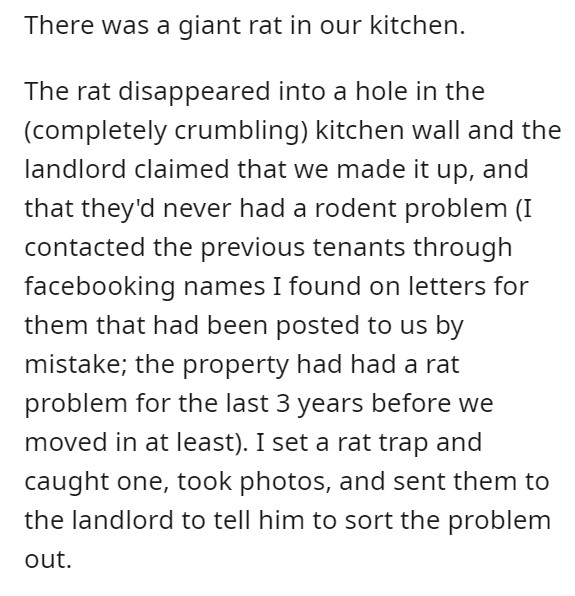 So they knew and this is the reason they added that extrapolation in the contract. 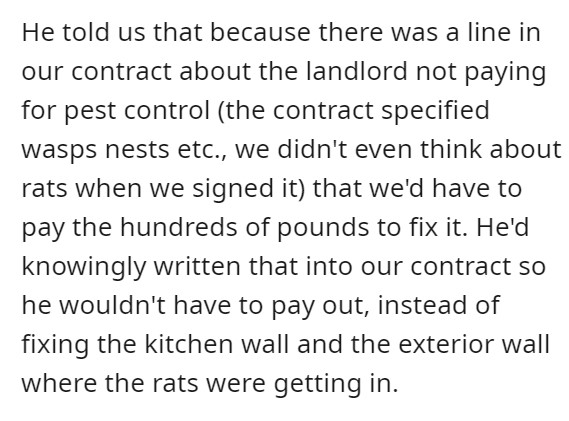 No reason to be scared. 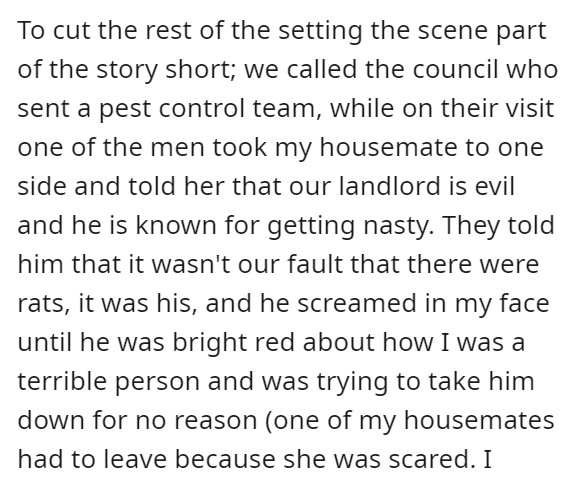 If he dared to do something, he would get arrested. 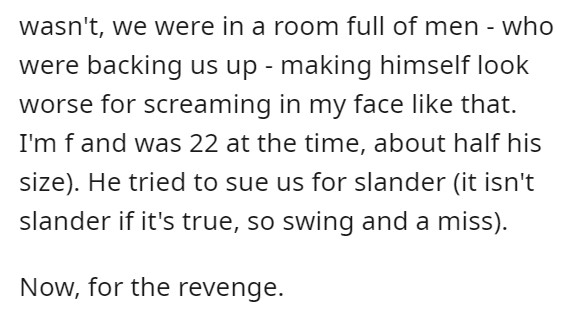 This is where the fun part begins. 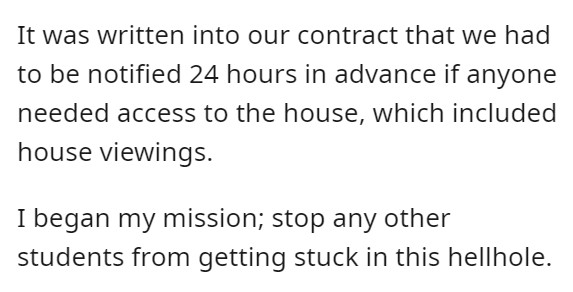 There was also a mold problem? 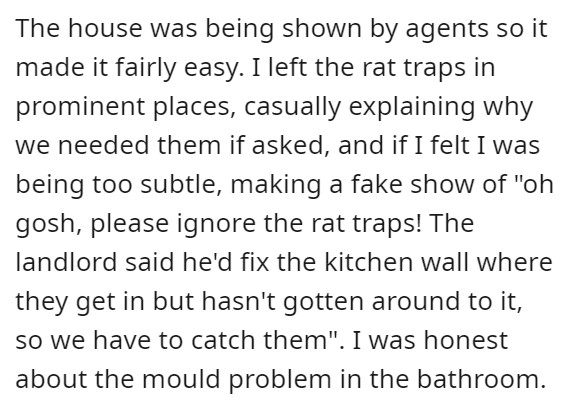 I wonder how bad this house was in reality. 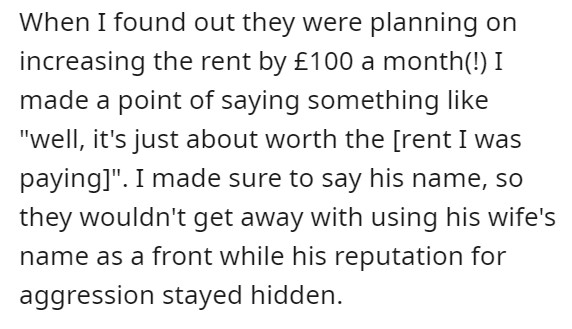 They basically want to rip people off so more props to you! 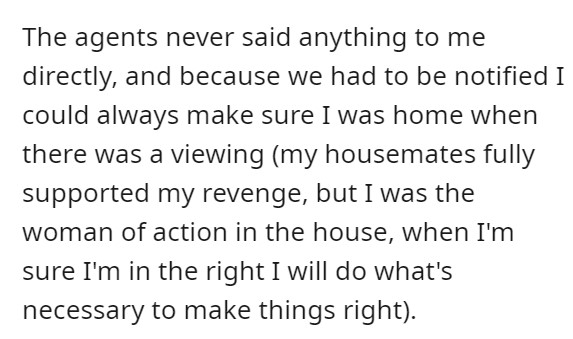 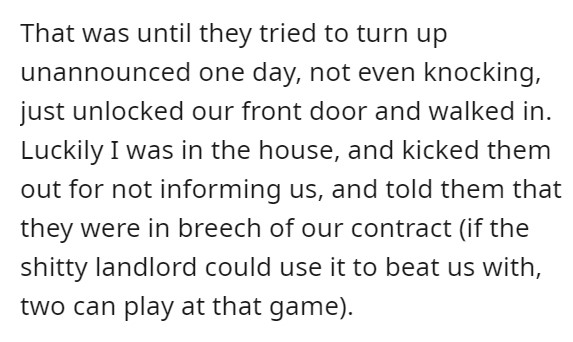 I hope the new tenants fared better than these girls did. 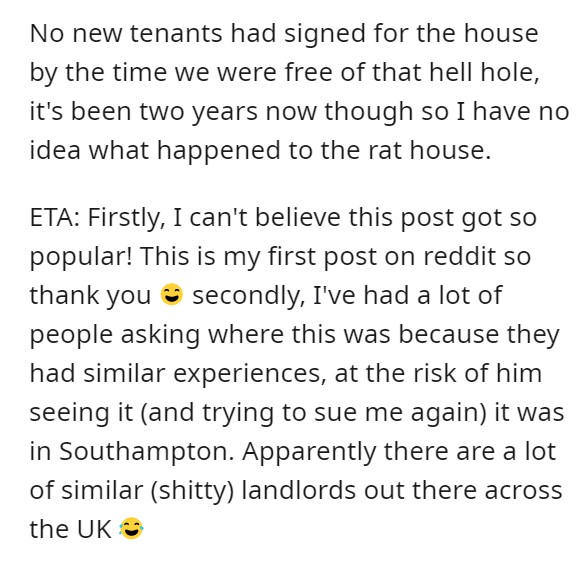 Another story that ended well for the tenant.

I rented a place I called the hovel that had rats. I told the landlord about it (as if he didn’t know already) who nailed some pieces of metal over the outside gaps in the siding. The thing was, there was a 1-foot gap between the outside walls and the ground so you could actually see under the house from all sides.

The rats were coming up into the house inside the walls and running around the kitchen and attic. After complaining a few times and getting nowhere, and after vacuuming the 1-inch thick layer of rat droppings out of the attic because it grossed me out to be living under a ceiling of shit, I decided to try a different approach.

I was on good terms with the landlord. The next time he came by I thanked him for his efforts to get rid of the rats and wondered what else we could try that might possibly work.

In my most innocent and concerned voice, I said, “There must be people who have dealt with this sort of issue who would know what to do. I bet the health department might be able to give us some advice.” The landlord startled and quickly assured me he knew what to do and would take care of it. He had a skirt built around the hovel and fixed the problem. –SnapesGrayUnderpants

They could have sued him if they wanted to. 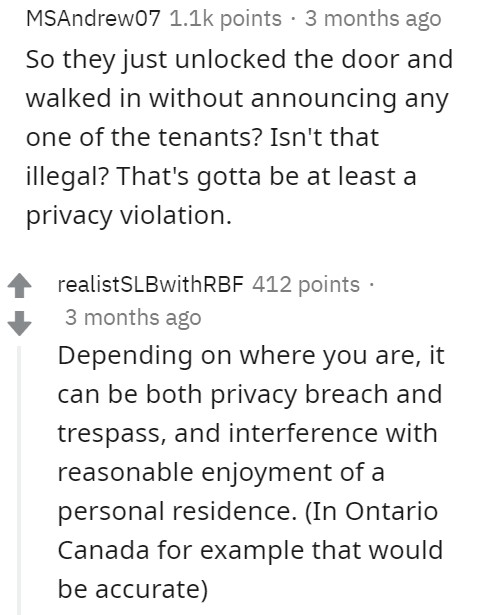 I mean rats are a health risk in any part of the world. 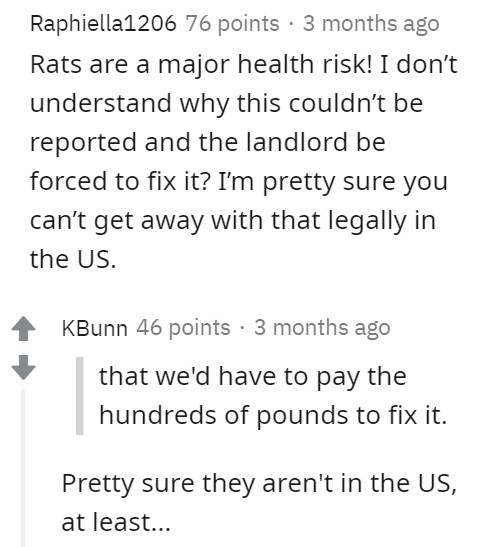 Why not share your most horrible experiences with landlords? Let us know in the comments below.