When personnel at a coffee shop or cafe begin to close up shop, customers are expected to leave as well. So picture Redditor u/snailtearstains’ rage when a regular client (who didn’t even buy anything) went to the bathroom shortly before they closed, forcing them and their coworkers to wait even longer to clean the shop’s bathrooms. This user told this story on r/pettyrevenge about how they pushed their entire schedule up to get ahead of this customer who complained about needing to use the restroom and eventually splashed water on the ground while yelling with the employees.

Expecting to be able to stay as long as you like when everyone else should be off? What a wonderful way to live one’s life. Too many customers don’t seem to understand that when a store is closed, it is closed.

1. A lady used to come every night at OP’s restaurant before closing, would demand extra hot water cups and then head towards the bathroom which he found very annoying 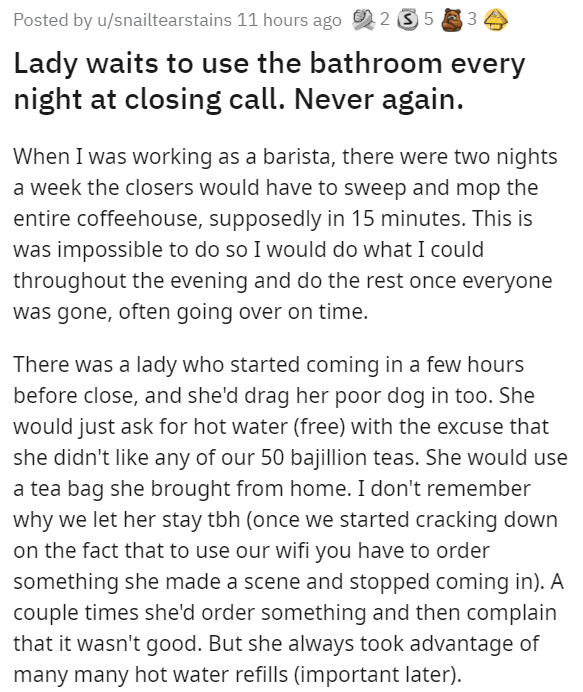 2. Even if OP announced closing of restaurant 15 mins earlier, her attitude would not change. Due to her, OP had to stay late for closing down the store which sucked for him 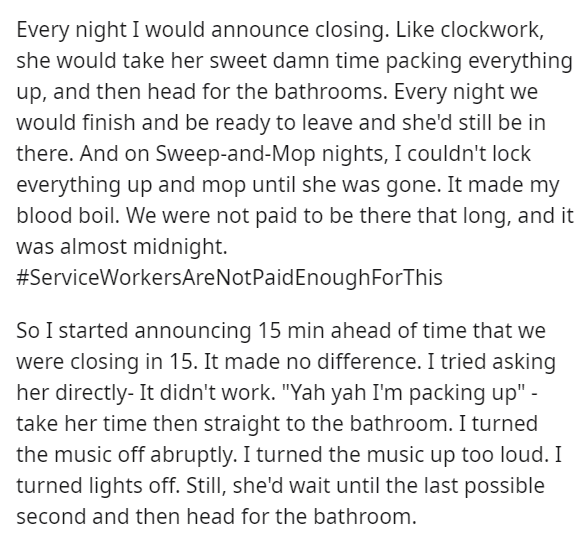 3. One night he snapped and was like ‘enough is enough.’ After making closing announcement, OP turned everything off, and when the lady was heading to the washrooms, he said we are closed and she can’t use them 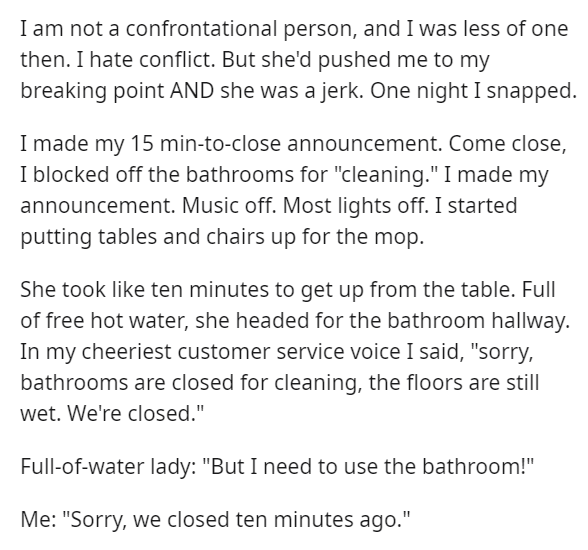 4. She insisted on going to the washroom but OP was determined and he refused by saying we closed 10 minutes ago. While going out she spilled the dog’s hot water on the floor 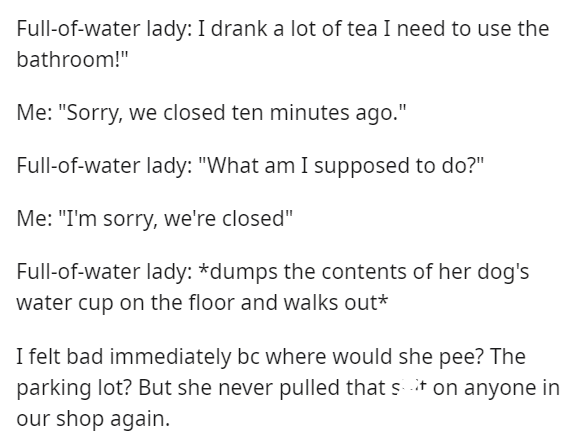 Via snailtearstains
Well, that was something awful. I mean, the lady should have thought about some etiquette. Service boys do not get paid enough to be spending long hours after closing time. They need to be home. After all, this is ignorant behavior. 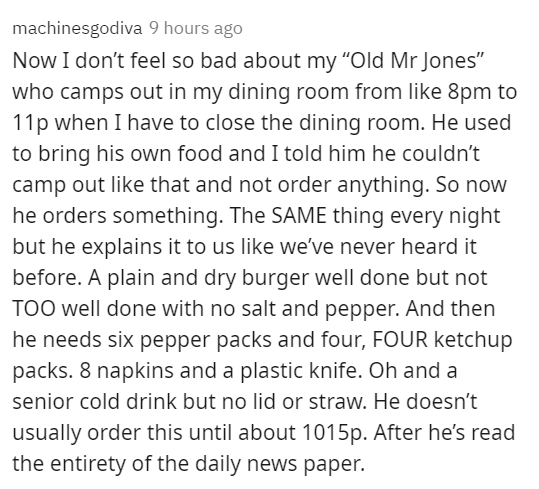 6. Turns out, that people are the same everywhere 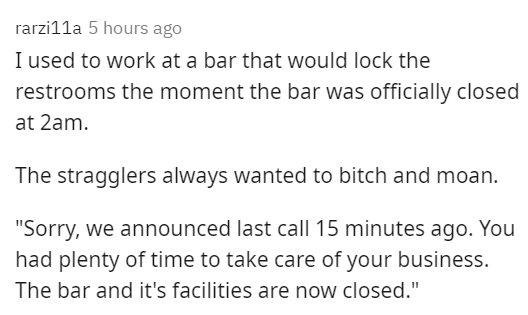 7. Well, this is some other kind of example 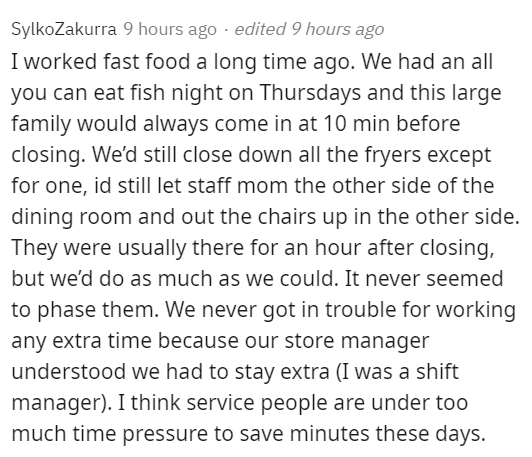 8. Some customers really use their rights to exploit the restaurant and that’s truly not the right kind of behavior. These customers must not be treated nicely always 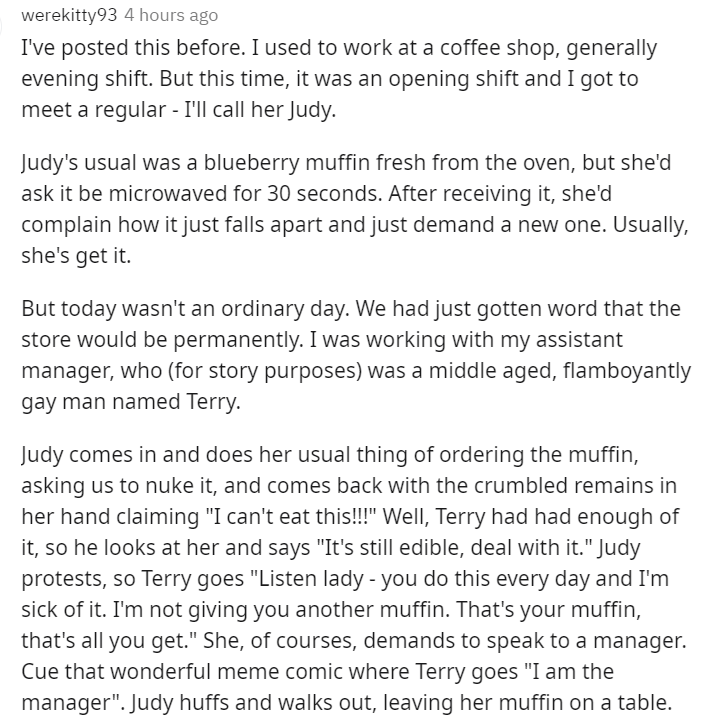 What is your thought on this story? Have you ever dealt with such annoying customers while working as an employee? If you did, share it with us in the comment section. Keep supporting us for more content.