There is no better bond than one between pets and their owners.

I won’t lie to you guys, adoption is a very complex process. It is not as simple as going to a shelter, selecting a pet that you like, adopting it, bringing it home, and starting a happy life together. There is a lot that goes behind it with responsibility being the utmost priority. It is not about liking an animal and adopting it, it’s about connecting with that animal and that connectivity can take time. You might find an instant spark good enough to make you adopt that animal but once you bring it home, there are a lot of barriers that need to cross in order to establish that never-ending bond of affection with that pet animal. Animals are not easy to budge. It takes time for them to trust humans, especially those who have been preciously abandoned or have been rescued as strays. It takes time to give second chances and look at life from a new perspective. But with enough patience and lots of love, you can make it happen. Once that inseparable bond forms between the animal and its owner, there is no going back from it. The animal will do anything in its power to sustain that bond and enhance it into something never experienced before. This happy relationship then results in a life that has no stress in it and only happiness, fun, excitement, joy, and love.

Today we are going to enjoy some of this adorableness. So here are some images showcasing the pet-human bond. Trust me, your serotonin levels might get crazy high.

1. When you get into that inseparable bond, you treat your pet animal like your own biological child.

This person is going to spoil their car to the highest level. 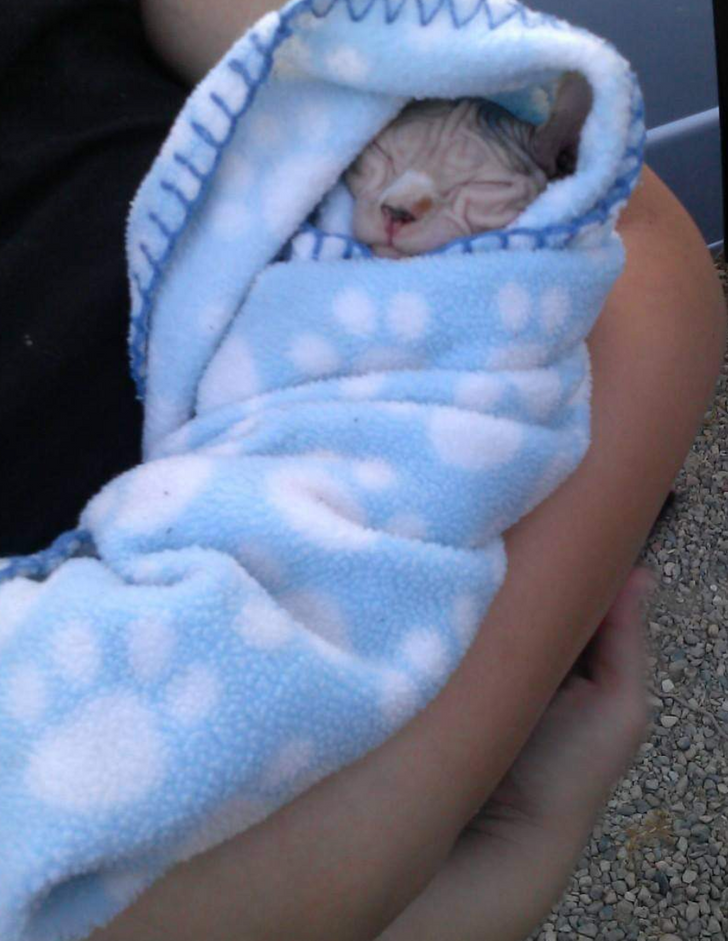 2. This cat observed its owner was really tired and stressed after coming back home from work so it decided to give them a free back massage to relax those muscles. 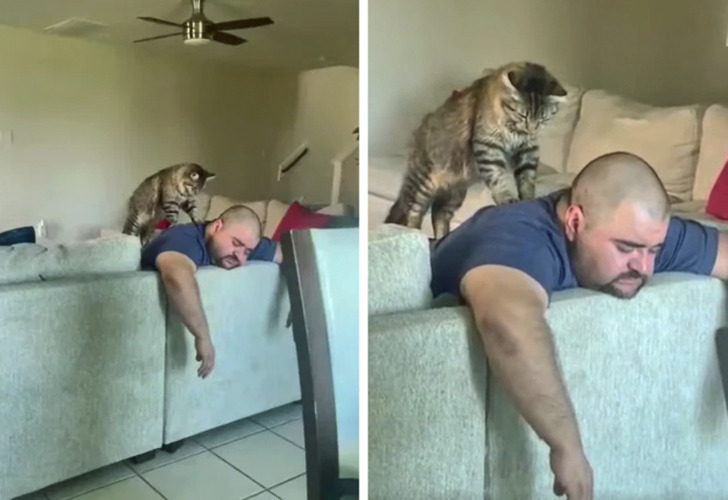 The animals understand what their humans go through and love to provide free therapeutic services whenever needed.

3. Her husband was never a fan of cats until she finally convinced him into getting a cat. They play video games together all day long now. 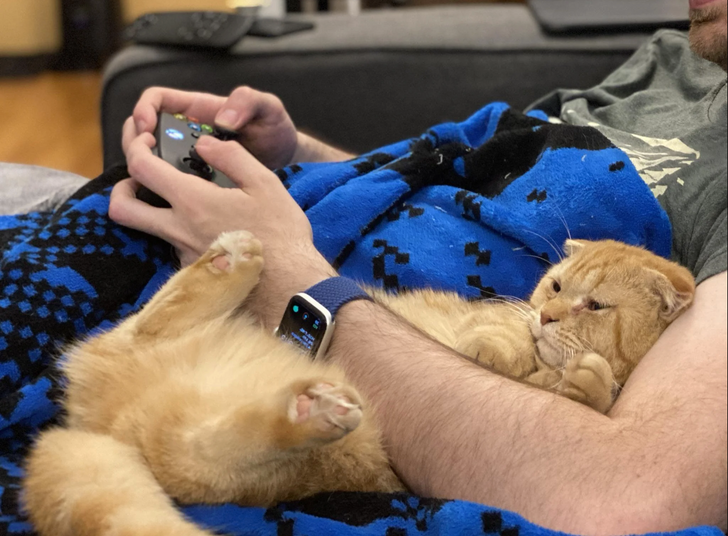 4. As I said, when the animal develops trust in the human, that bond becomes inseparable and there is no way in the 9 realms to break it. 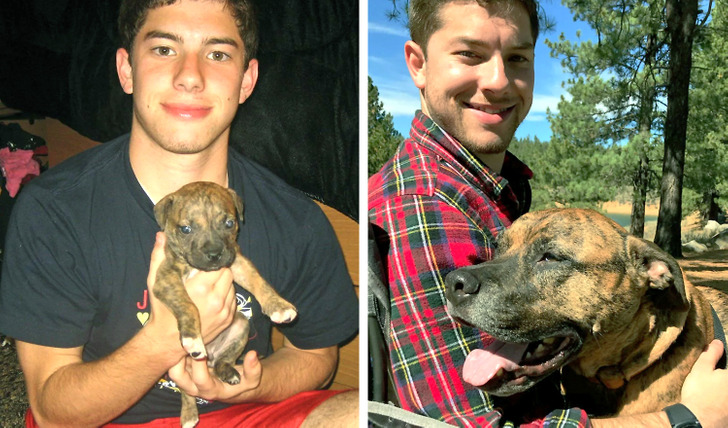 5. This person’s cat bonded with its owner really quickly as you can see below. Consider yourself very lucky if that happens. 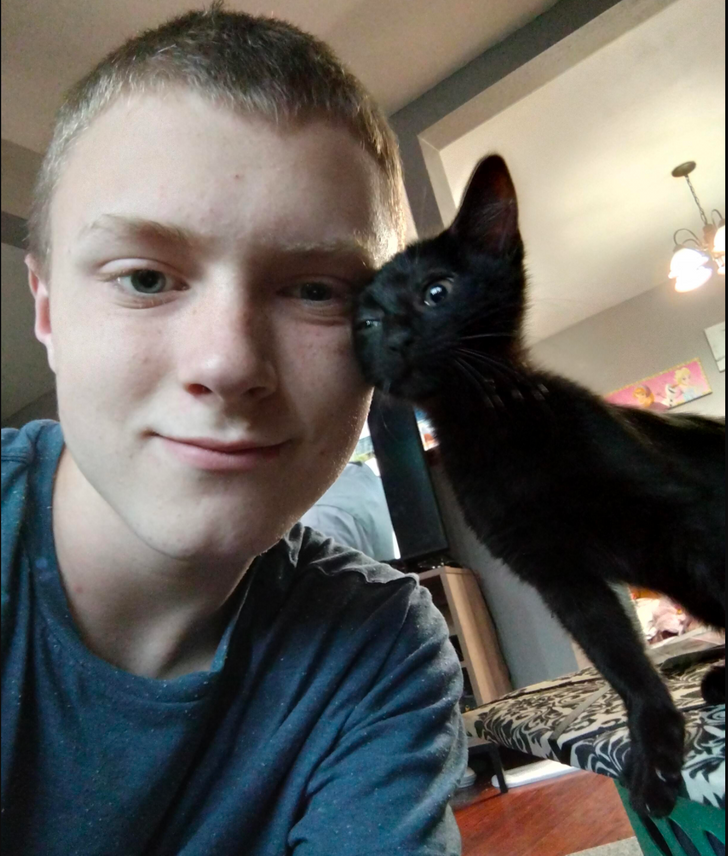 6. When love between animal and its owner gets to a point that they start looking like each other. So cute. 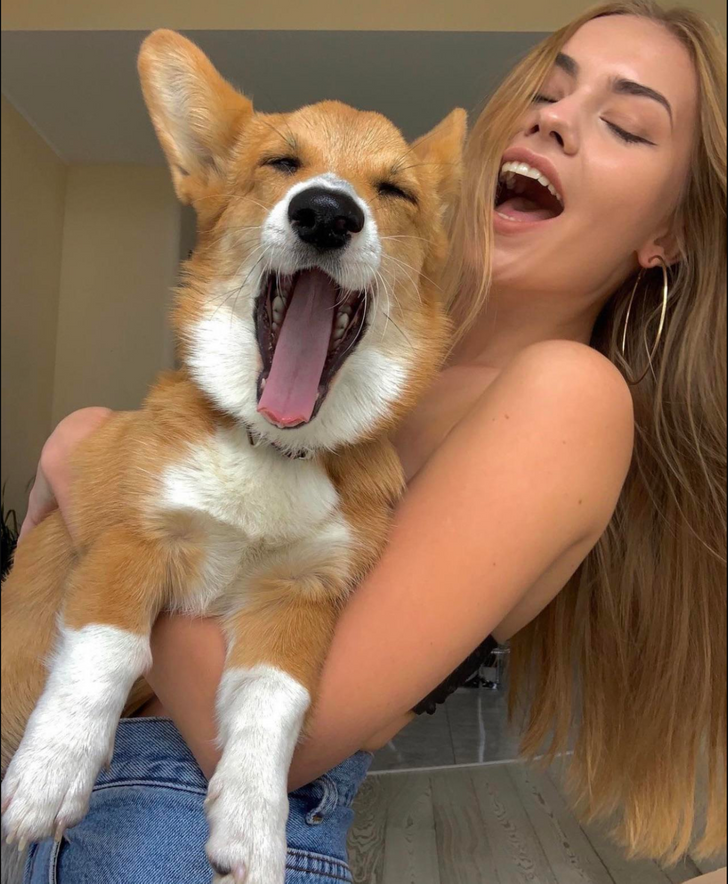 7. This owner who lived with a bunch of dogs decided to leave the house and was worried that the relationship between him and the dogs would slowly fade away. But every time he would visit them, the cuties would get super excited, more so than before. 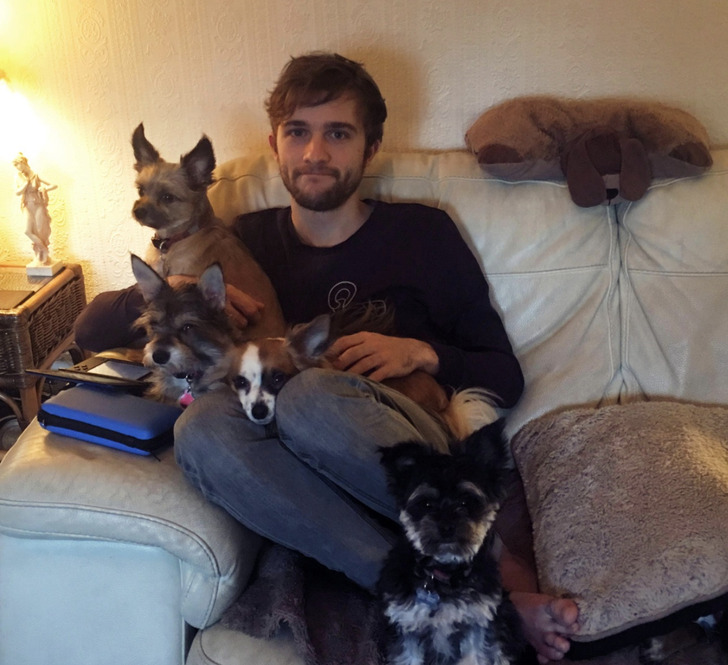 This only happens in humans that you go away and slowly the relationship fades away. The dogs remember and they will never forget the love you provide them.

8. When this kitty was adopted, she was really shy and had no trust in humans as her previous owners, unfortunately, mistreated her a lot. After 2 years of patience and bonding, the kitty loves to snuggle its owner everytime before sleep. 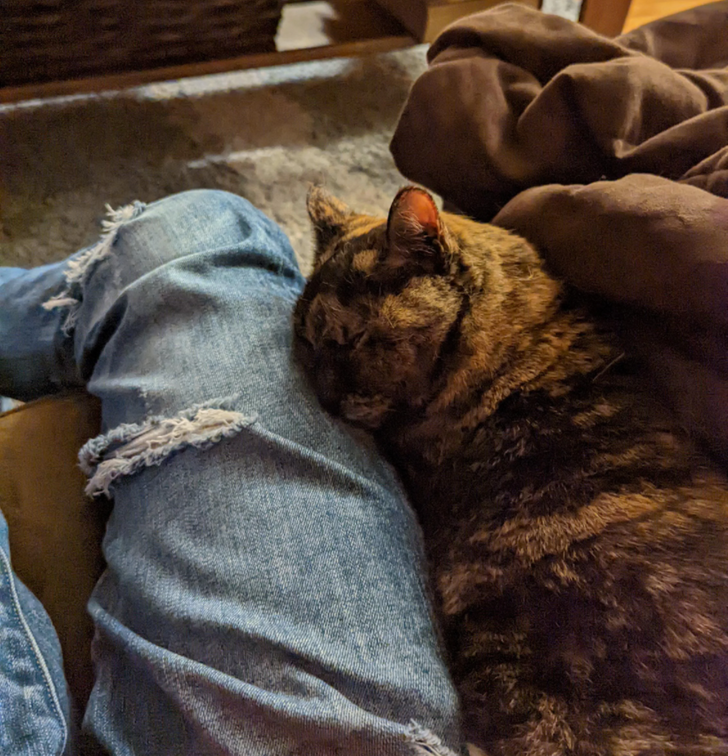 9. This person took their cat with them to do all the daily work and the support their kitty showed to them was so good that they now take tha cat everywhere they go. 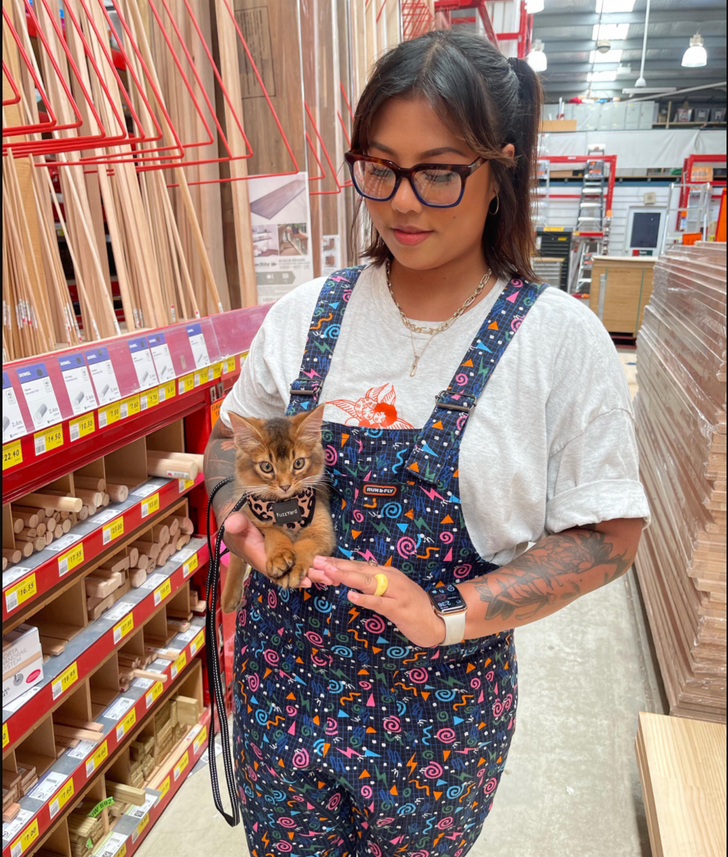 Anything said to praise this bond is less. It is just so adorable and the best part is that this bond is never forced into existence. The pieces join naturally and once the bigger picture forms, there is no going back I absolutely love animals and what they have done for humans We really don’t deserve them. I just hope everyone values pets like these owners in the examples we have seen so far.

I know you guys are overflowing with wholesomeness but we still have ample more to come so get ready. Today we are overdosing on wholesomeness.

10. This woman’s cat is absolutely in love with her husband. She loves to sit on his lap and when she doesn’t get a chance to sit on there, she would find some other spot on his body to sit on. 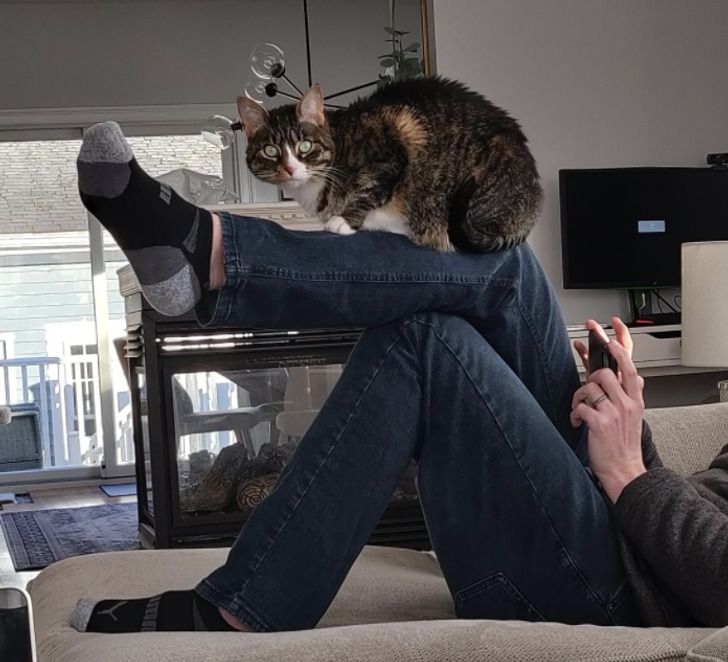 11. Pets are the best companion you could ask for, especially dogs. This cutie realized their owner wasn’t feeling so good so it just slowly got closer and hugged her to let her know things will be okay. 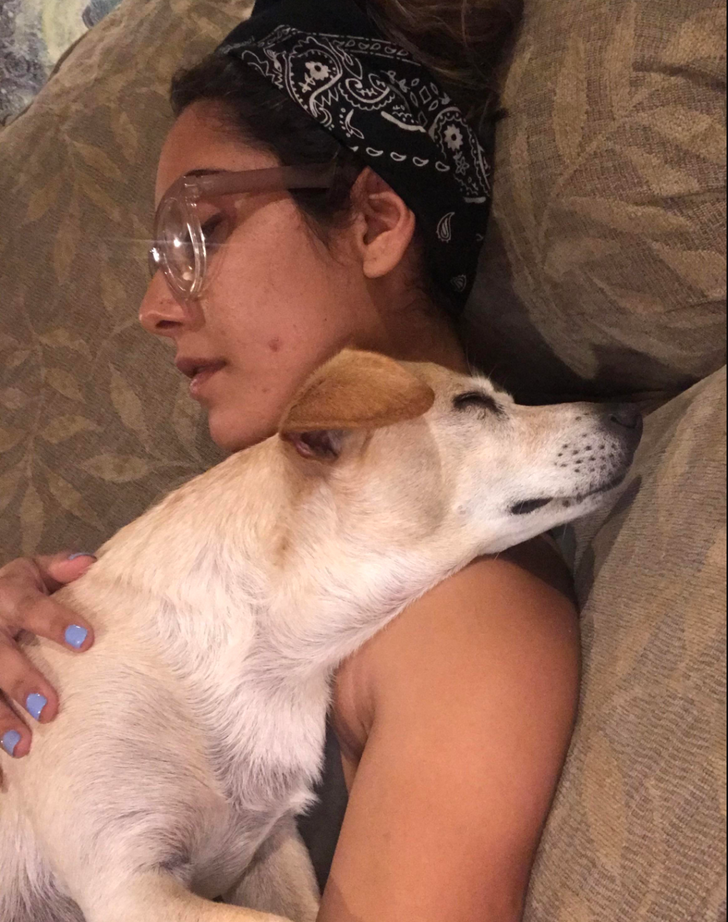 12. Meet Clive. This person gets told that her Ram is just an animal without emotions and understands nothing so they show them this picture of Clive expressing love and affection for her. 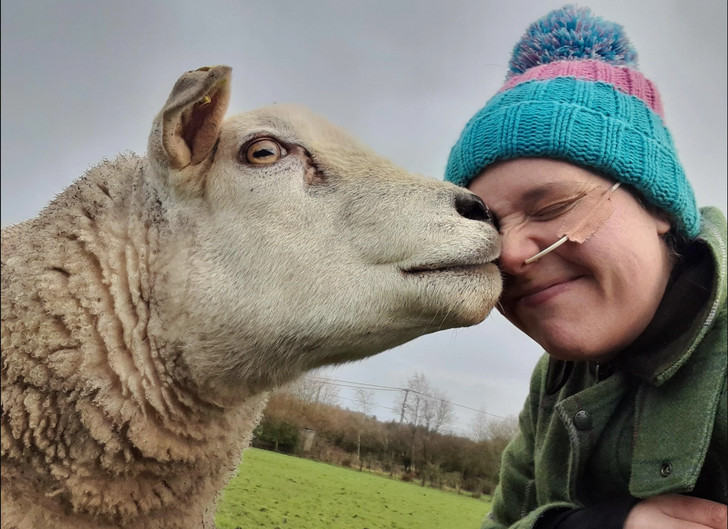 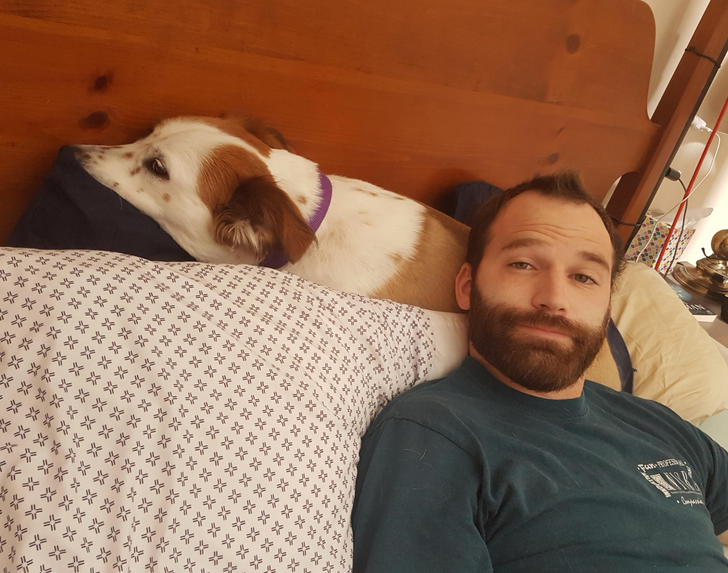 14. This person decided to gift their mom a little pupper as an early Christmas present and it seems like this is the best thing one could have done for her. She is in love and no one can break her out of it. 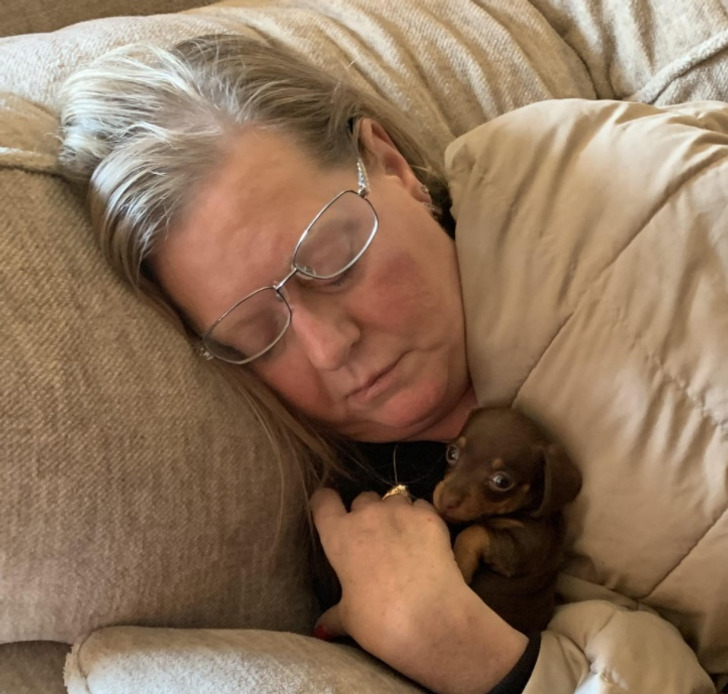 15. She has been working with pets for over 22 years and says that taking up this job was the best decision she ever made. 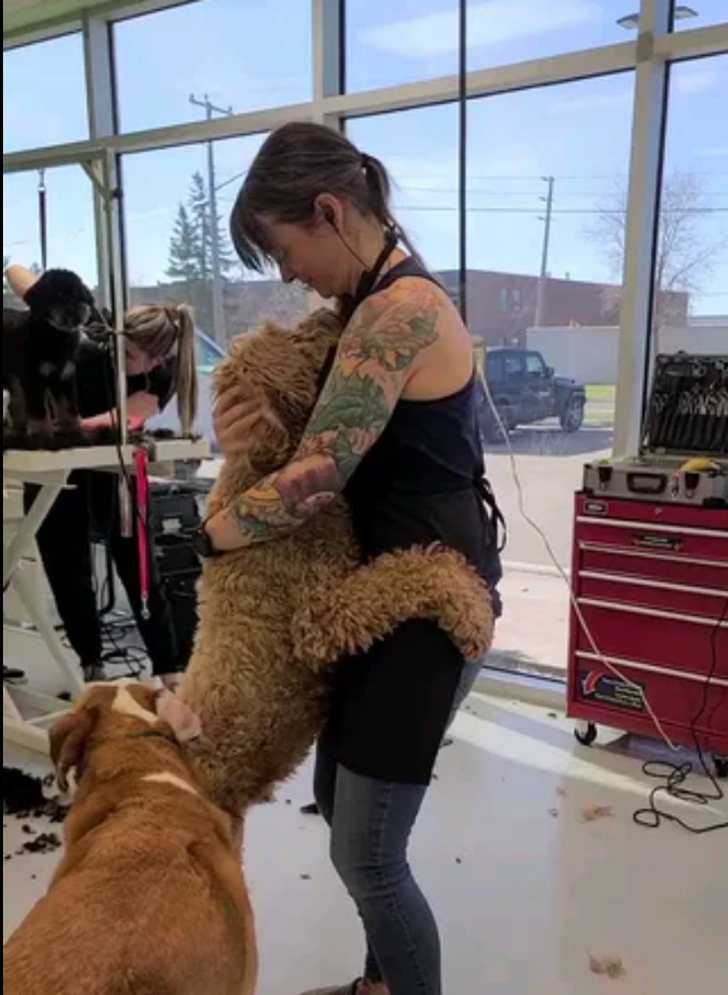 16. You don’t often see cats smile this openly but in this person’s wife’s arms, this cat does. 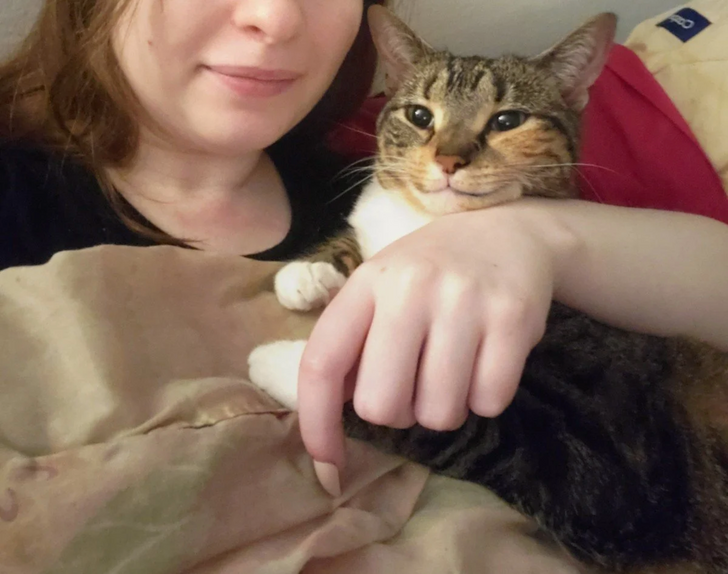 17. This pet owner slept all by herself and woke up to all her companions sleeping by her side and on her. 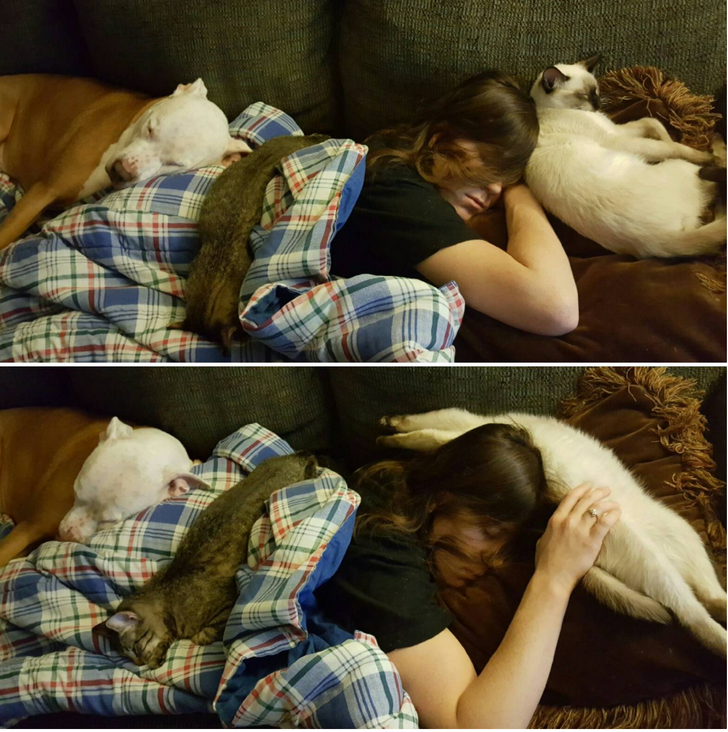 18. Get yourself someone who kisses you first thing in the morning like this cute pet kisses its owner. 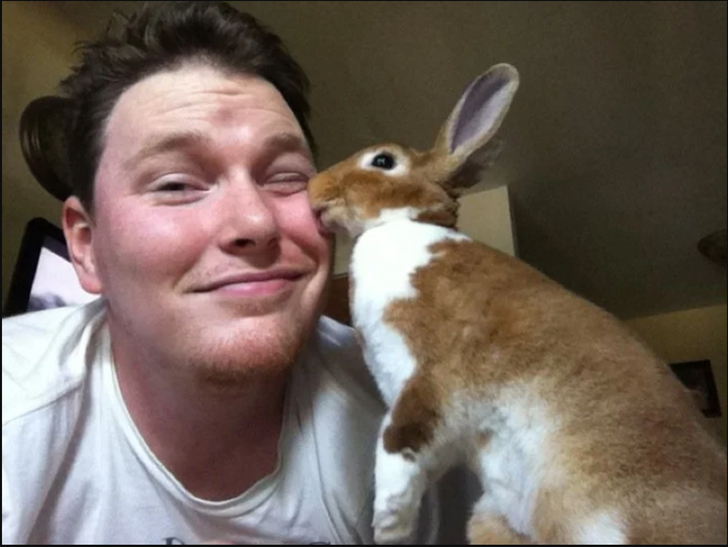