Trust is an integral part of a relationship.

Whether it be marriage or even between parents and their children. Without implicit trust, you can’t hope to have an honest relationship with anyone. However, more often than not, we see so many partners cheating on each other that it really makes you wonder. After all, what is the reason behind all the lies? While it may be an interesting question to delve into, today we have a different story.

You see this man wanted his wife to take a paternity test. I don’t think I have to tell you how disrespectful this can be to someone who hasn’t given you any reason to doubt them. While I can understand being paranoid, it really isn’t your partner’s fault. However, his wife was quite understanding and even agreed to do so on the condition that he goes to therapy.

This may seem like a cut and dry story but it gets pretty complex as you go on.

This story really isn’t as simple as the title makes it sound. 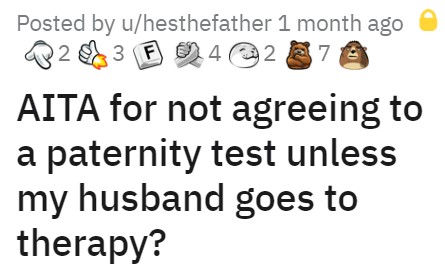 It is quite clear that this surprised her a lot considering he had never doubted her before. 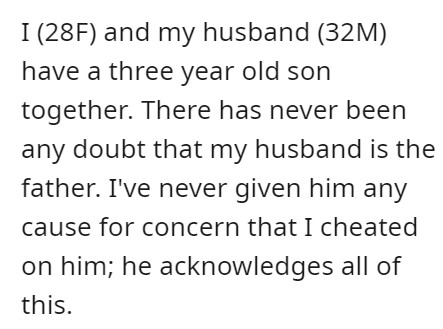 Not only is he being paranoid but it is awful to test someone without their knowledge. 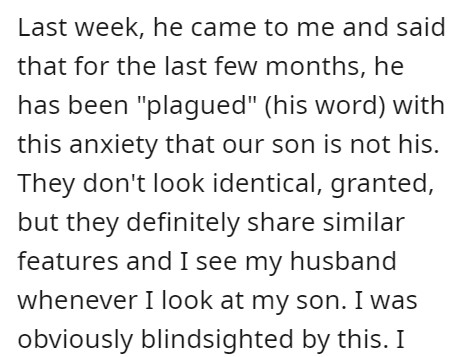 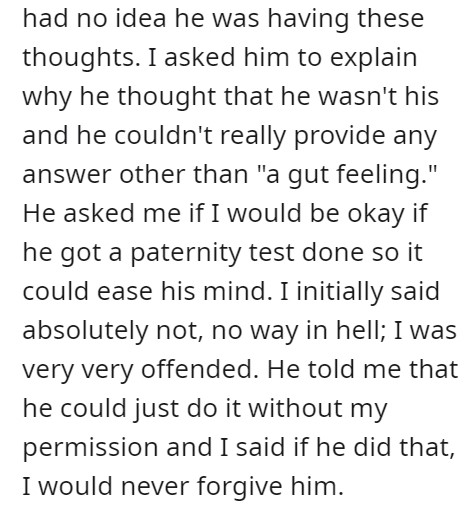 Perhaps his anxiety is taking hold of him but that is no excuse. 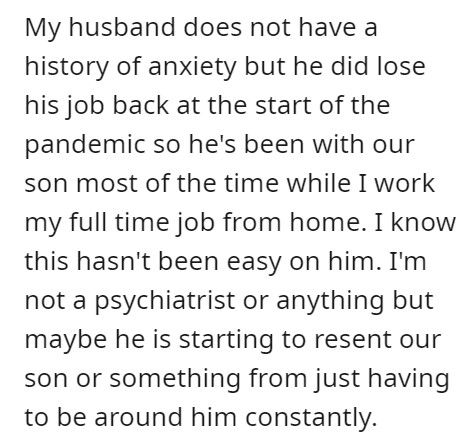 I honestly don’t understand why he is so hesitant to go into therapy. 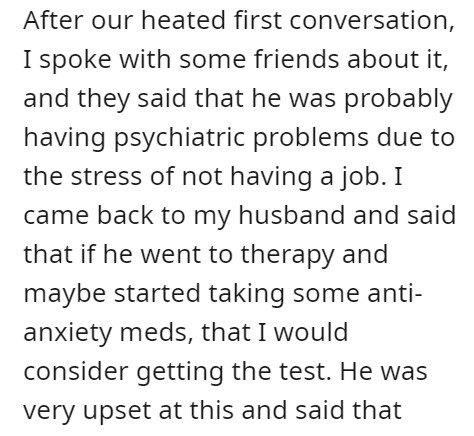 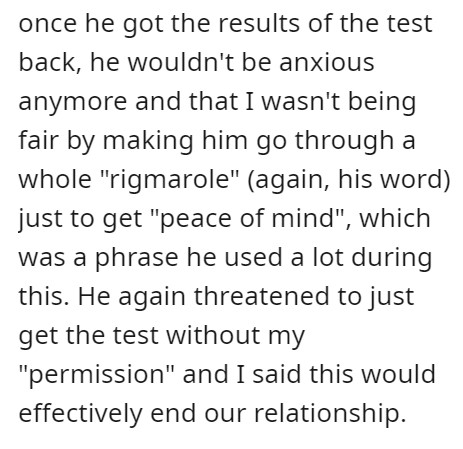 Therapy is never a bad idea even if you arent going through a huge turmoil at the moment. 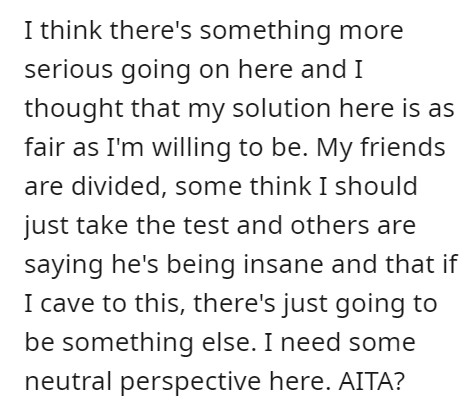 People on the Internet love to act in the capacity of a professional but it isn’t ethical. 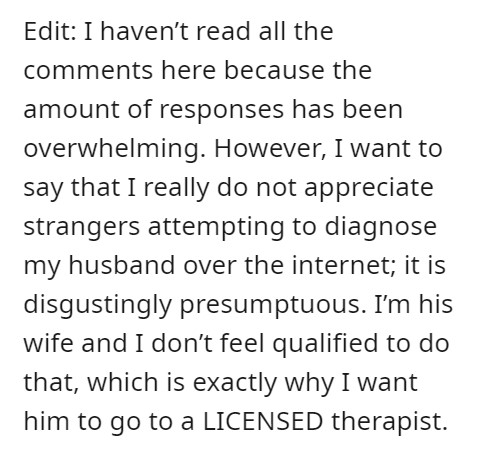 She never demanded he take medicine, she just wants him to get better. 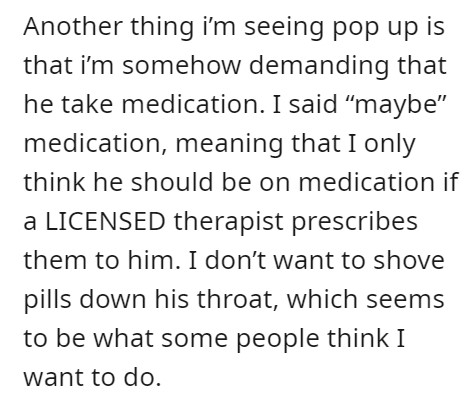 Joint therapy might be the way to go with them. 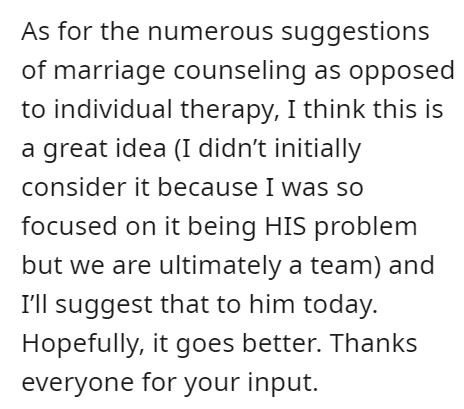 People were very sympathetic towards the wife. 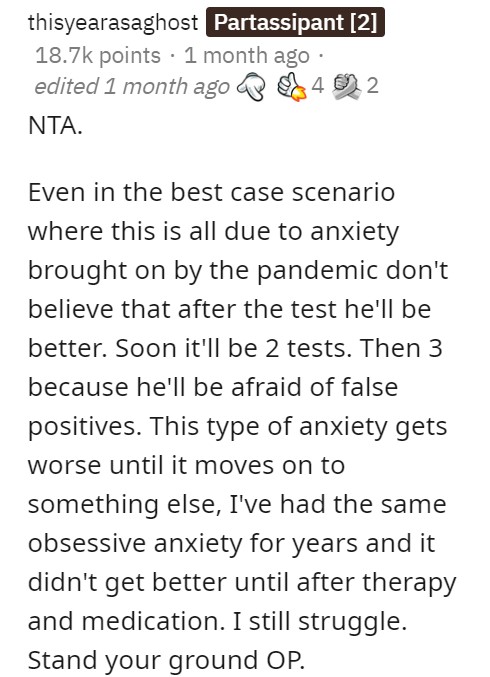 If it is anxiety, he needs help from a professional. 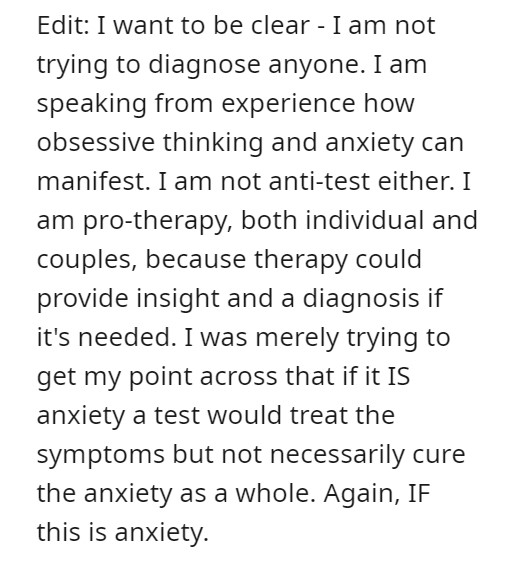 Even if she relents and lets him do the test. 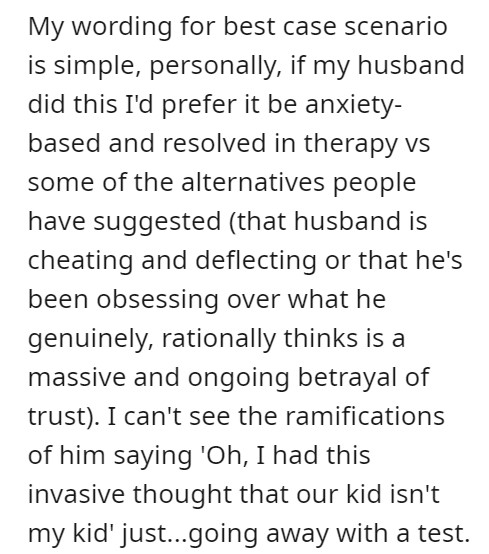 I don’t think it would solve anything at the end of the day. 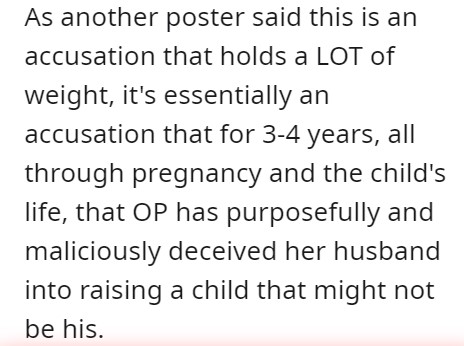 However, the story doesn’t end there. 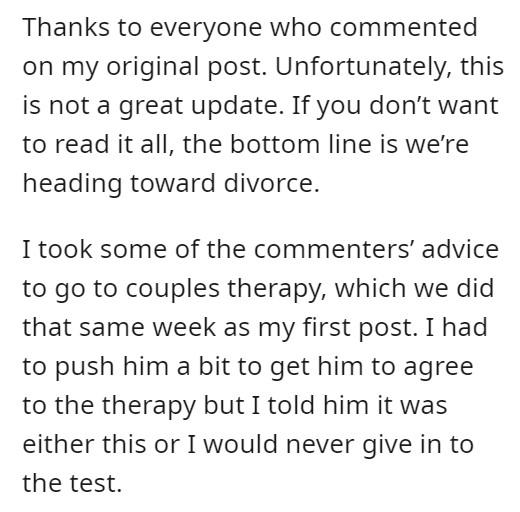 His behavior is so bizarre and sudden from what OP said, it seems super likely that something medical is involved. Whether it’s mental or physical, a personality changing that quickly is definitely not normal.

It could also be that he’s just angry at being embarrassingly wrong again and lashing out and will regret it later, but at least you’d be sure. –adventuresinnonsense

Things continued to get worse after the initial post. 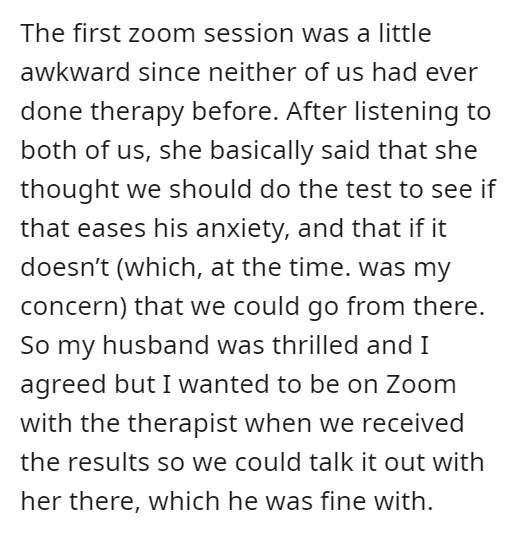 They tried couple therapy but the things it revealed were not what the wife was hoping for.

It somehow feels like he didn’t want the kid to be his after all. 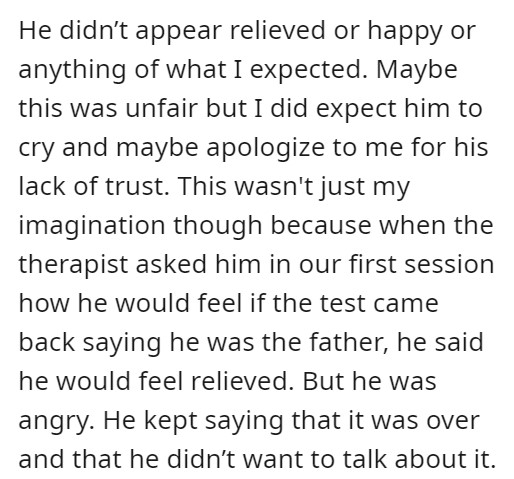 And it is also clear that she tried her best to make the marriage work. 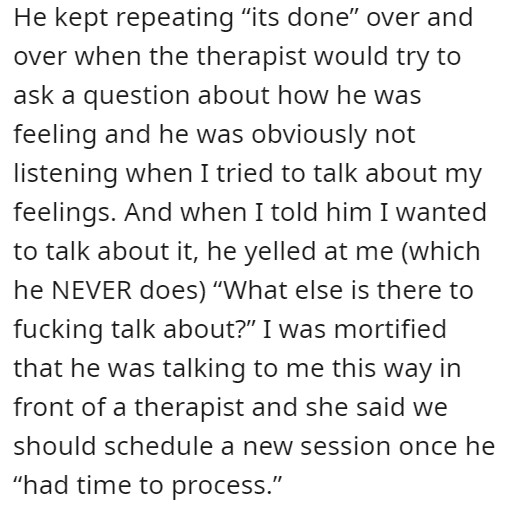 I think he simply wanted a divorce and brought up the paternity thing just to pick a fight with OP, hoping that it would end in her requesting a divorce. Instead, she foiled his plan by being mature and going to therapy and doing all she could to allay his supposed fears.

So since she didn’t take the bait and break up with him he had to do it himself. This is the reason a lot of people have affairs because they don’t have the guts to say they want to break up so they’re trying to push the other person into a corner that forces them to end it instead. –insomniac29

All in all, the way things stand right now, divorce is imminent in their future. 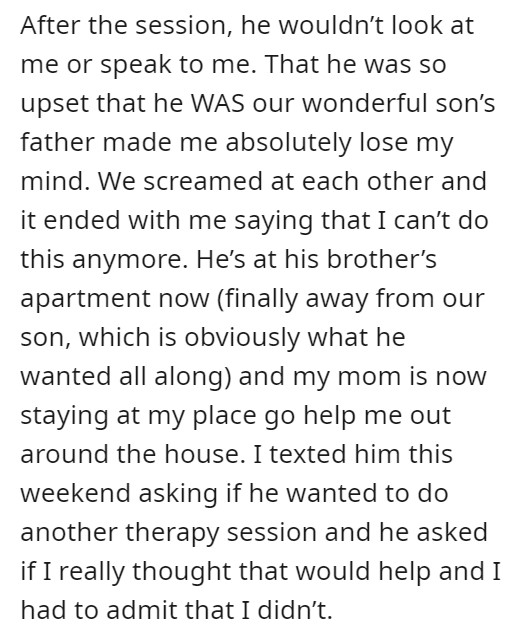 Sometimes you learn things about your partner when it’s too late. 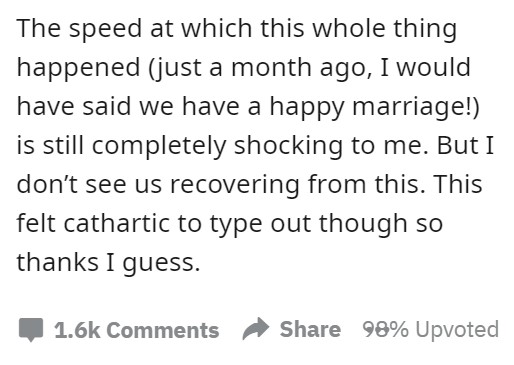 What do you think is the reason he acted this way? Comment down below and let us know.