It is important to adhere to certain basic principles and standards when traveling with a large group of strangers. For example, if you see a person with a foot injury who is having difficulty standing on the bus, it is only polite that you give up your seat to them. The underlying humanity within us will survive as a result of this. In the same way, if you ever see a pregnant woman standing, you should offer her your seat in a discreet manner. That so, it is completely unethical to not give up your seat to a needy individual simply because your hand is “resting” on the seat. That’s right, you read it correctly!

A Redditor recently shared her experience with a bizarre occurrence that occurred on a public bus when a man refused to give up his ‘hand seat’ to her. Tiredthriwaway55654, a Reddit user, describes how she encountered a rude man who wouldn’t give up a seat, and not even his own seat, to a pregnant lady just because his hand was ‘resting’ on it! After this incident with the nasty rider, the 30-year-old woman, who was eight months pregnant, decided to seek advice from the AITA subreddit. See what happened next, and how the Reddit community reacted to it, by continuing reading!

A pregnant woman recently described her experience with a man who refused to give her the last available seat on the bus because he was “resting” his hand on it.

It’s common courtesy to give up your seat to someone who deserves it!

The seat was ‘taken’ by his hand! The utter ridiculousness of this is actually funny!

Atta girl! That is exactly what she should have done!

More than 19K upvotes and 2.5K comments have been left on Tiredthriwaway55654’s account, in which Redditors unanimously agreed that she was completely correct to defend herself during this disturbing encounter. When she posted the message, the woman stated that her legs were burning and her back hurting, which is a common sign of having a child developing inside of your body. Despite this, the individual maintained his lack of empathy.

He has the audacity to call this inappropriate! 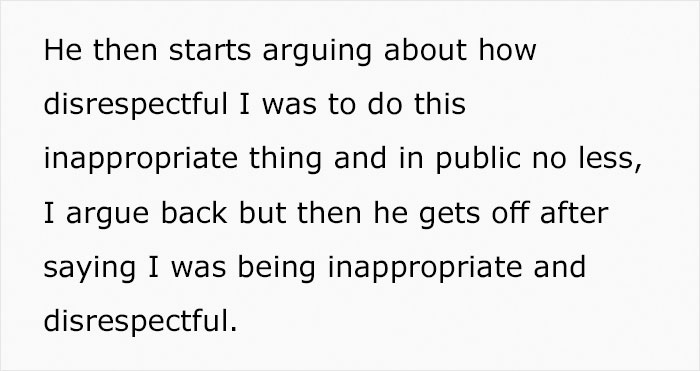 Meeting with people who fail to show decent courtesy is not an everyday occurrence. But the lady said that it does happen more often than anyone would like! “It’s just upsetting having to go through these situations but I don’t complain so I don’t get called whiney or that kind of stuff. I just [move] on with my day and try to get rid [of] the stress of dealing with people like this,” she wrote.

The guy was completely ridiculous! She did what should have been done! 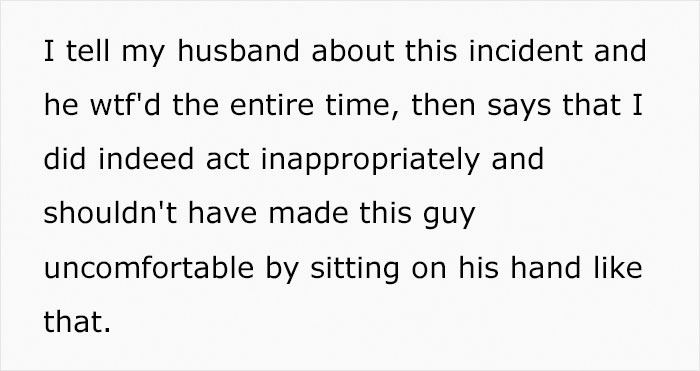 According to a study conducted in the United Kingdom, four out of ten Britons would refuse to give up their seat to a pregnant lady. The survey of 2K regular commuters was commissioned by skincare company Mama Mio as a part of their “I’m Expecting” campaign with the purpose to encourage expectant mothers to speak up when seats on public transport are not forthcoming. It found that the battle for peak-time seats leads to passengers leaving their manners behind or failing to notice pregnant women in the first place.

Offering a seat to a pregnant lady is what a decent human being does. But refusing to give a seat just because your hand is ‘resting’ on it is downright unjustifiable!

One in four revealed they failed to give up their seat in case the woman wasn’t actually expecting a child. One in five were afraid that by doing so they might offend a person, so they just do not bother. Some of the results were quite alarming: three in ten participants believed pregnant women should not be offered a seat until she is “visibly showing”, 18 percent would offer seats during a woman’s third trimester, 11 percent during the second, and only 2 percent during the first three months of pregnancy.

“We were surprised at the findings, as we’d expected everyone would offer up their seat to a pregnant woman,” Natalie Cowley, of Mama Mio, told the Independent. “We were particularly shocked that only two percent said you should offer a seat to a woman in her first trimester, considering how many suffer from severe symptoms during this time, including sickness and fatigue.”

Anna Whitehouse, ambassador for the #ExpectingChange campaign, said that “pregnancy is not a weakness, but it is a vulnerability and I felt this during my first trimester in particular.” She explained that commuting conditions can be incredibly stressful for pregnant people, and being able to sit down can make a difference.

“However, from my own experience, I find that people are either too engrossed in their phones to be aware of their surroundings or won’t offer their seat unless prompted,” she added. “I’d encourage anyone who needs a seat on public transport to wear a badge and make eye contact. If that fails, don’t suffer in silence — ask for one!”

People of Reddit should the lady a lot of support by saying that it was actually not her fault! The guy was just being petty and he had no right to claim that seat as his just because his hand was ‘resting’ on it.

Read below to see what the people of Reddit had to say about this incident! 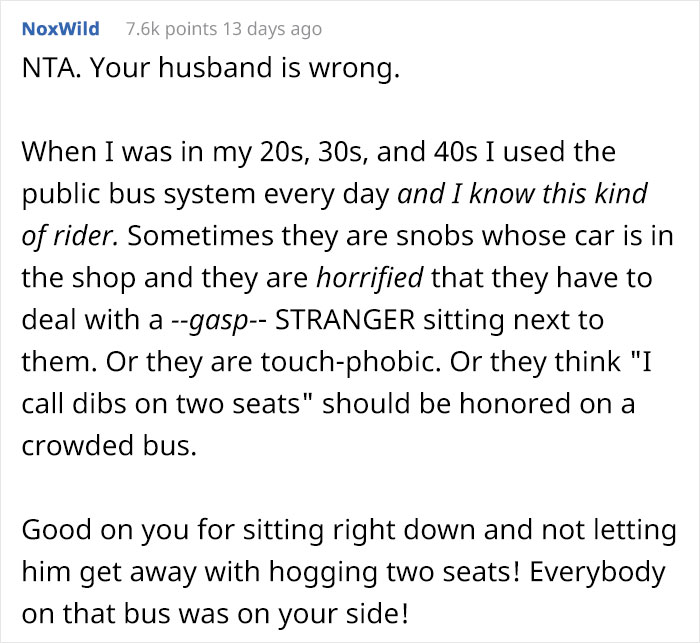 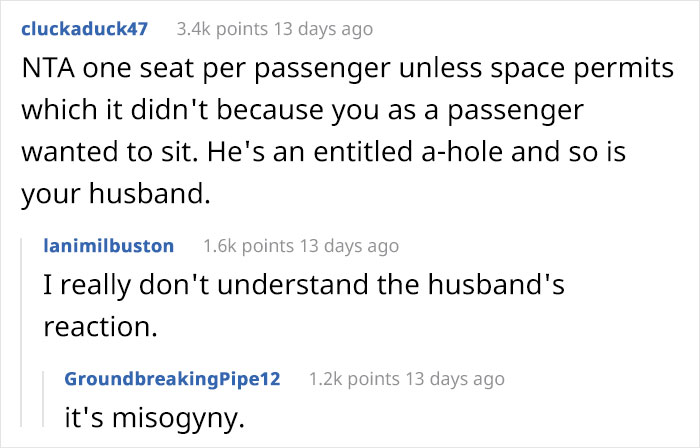 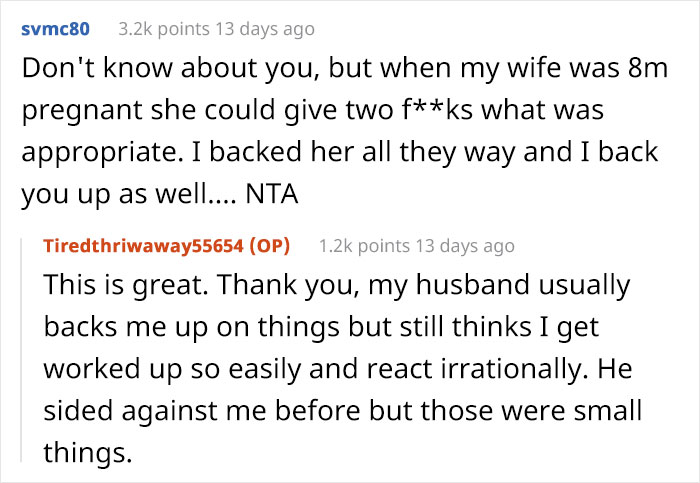 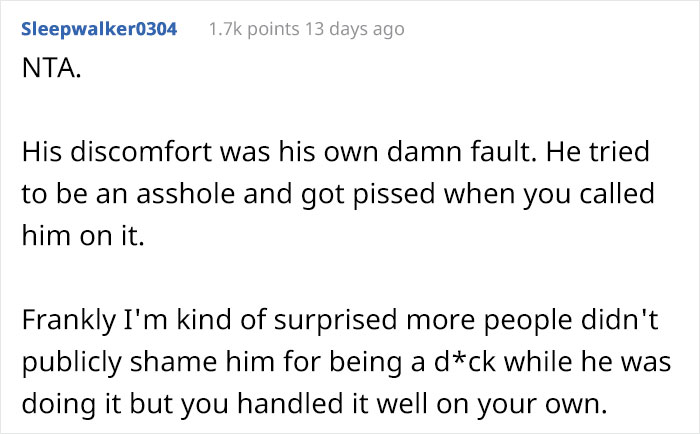 Have you ever encountered something similar to this? What do you think about this? Let us know in the comments section below!