Anyone who has ever been on a plane is that the security is very thorough and they will mess up all of your stuff if they suspect something. And while that usually annoys us since we spend hours packing our luggage, it is done for everyone’s safety. You will always see instructions on what is and isn’t allowed in your luggage beforehand to not be caught off-guard. But one thing that everyone knows is that you never take something for others on your flight.

I mean if it is something harmless like a perfume or gift, that is fine but having a mysterious box in your luggage? That is a big no-no. However, that is exactly what one woman wanted her friend to take on an international flight and when they asked what was in it, she didn’t oblige them by opening it. I don’t know about you but that sounds incredibly suspicious and I would never be okay with an exchange like that even if the other person is my own flesh and blood.

So you can imagine, how the friend reacted. You can read the whole story for yourself by scrolling below.

The story has only started and we can already see the woman is pressuring her friend. 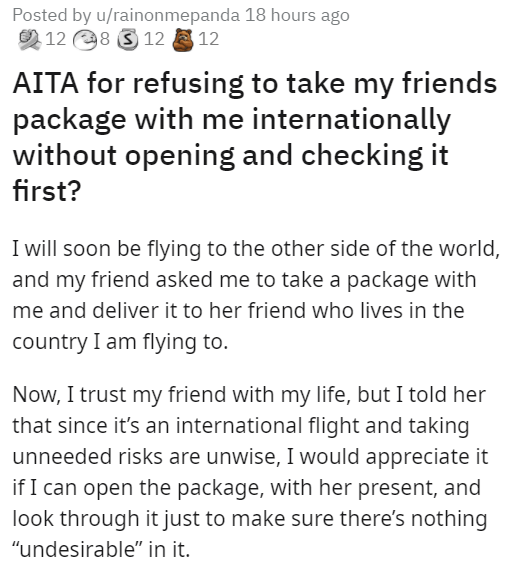 Which devolves into gaslighting when she realizes that things aren’t going her way. 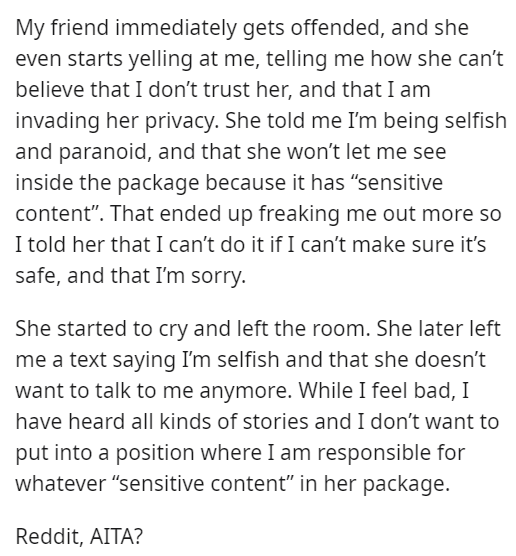 I totally understand wanting to send a package through your friend rather than mail. I mean mail can be expensive especially if you are sending it to another country. However, what I do not understand is why the friend wouldn’t just open the box. That is what boggles my mind. Did she think the person would just take it on her flight without opening it to see what was inside? Because no sane person would ever do that. It isn’t being paranoid when your actions are just.

People in the comments, however, were quick to condemn the actions of the woman. 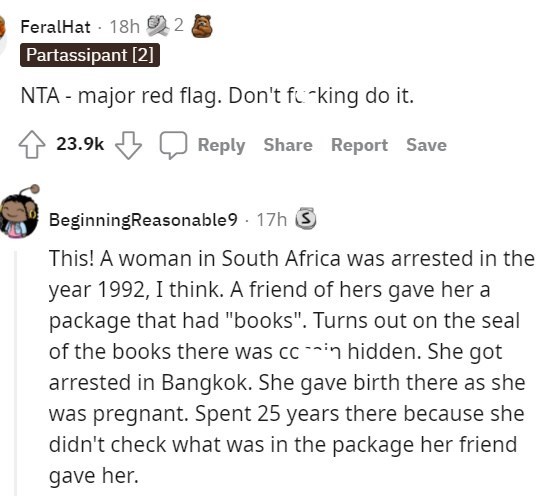 After all, this is how people go to prison.

No matter what had happened, security would have checked the box. 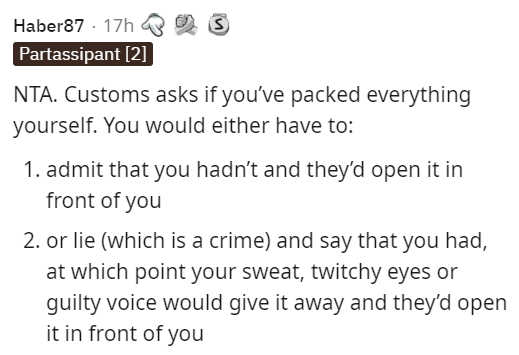 Even if you trust the person with your life, can you really know a person? 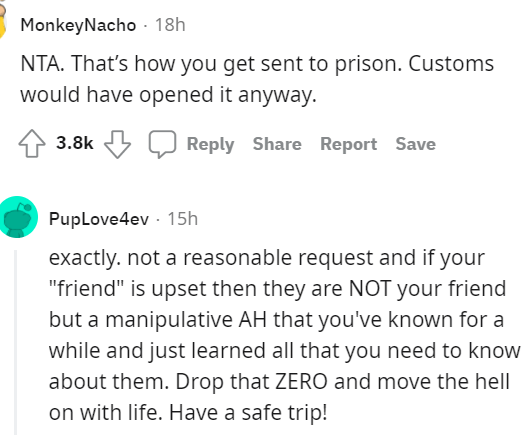 That is the thinking of everyone in the comments which I think is warranted. 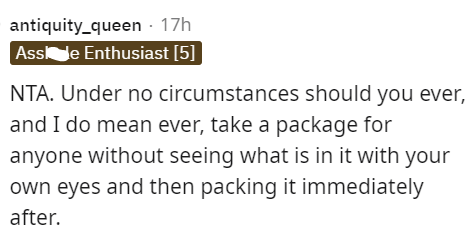 It is better to be cautious than to get caught later on.

Exactly! If there was nothing to worry about, why not mail it?

What is so private that her best friend can’t see it? 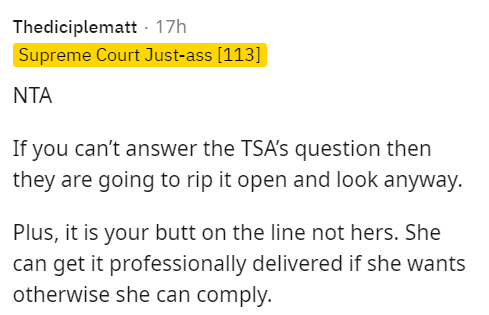 No matter the flight, it is always risky to do such a thing.

And this is how people get sent to prison for crimes they didn’t do. 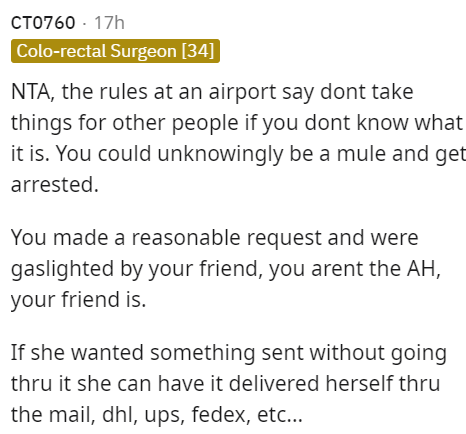 So always be careful even if you lose a friendship.

However, we did get an update as to what happened after the whole ordeal. 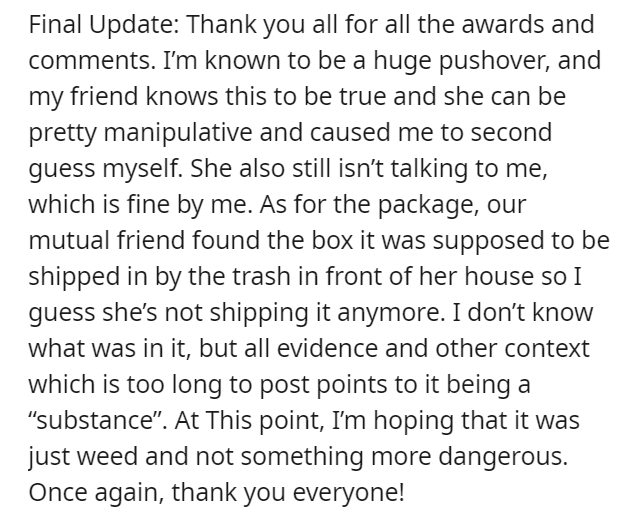 So it seems, it was a good idea that she didn’t take the package with her. It wouldn’t have ended well for her.

What are your thoughts on this matter? Comment down below and let us know. Don’t forget to share this with your friends so they can share their opinions as well.