Once you start working, you are exposed to the real world. You get to meet all sorts of new people and have a different kind of experience. Once you grow out of the childhood phase and you need to find work, you step into a new beginning. Usually, when people enter this phase, they start missing their old lives. Back when you had no responsibility and were protected by your family from people who would double-cross you for a penny. This is no longer the case and now you are vulnerable to all kinds of vultures in the industry. Bosses like to manipulate their workers, especially when they are freshly recruited. People will take advantage of you every chance they get.

This Reddit user fired his daughter’s best friend because she was “too polite.” The girl was inexperienced but was very polite when she was talking to the man, who was her supervisor. He asked her not to be polite, but she had one slip and he fired her. Scroll down below to read the details of the story and decide for yourself who is in the wrong here:

The man hired the young girl as a theatre/film technician. 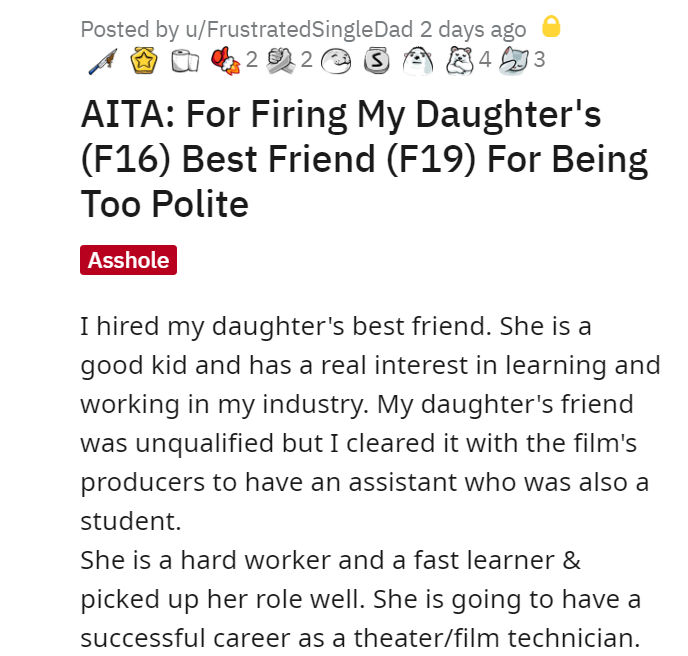 Whenever the girl would text him to ask a question, she would apologize for causing any kind of inconvenience. 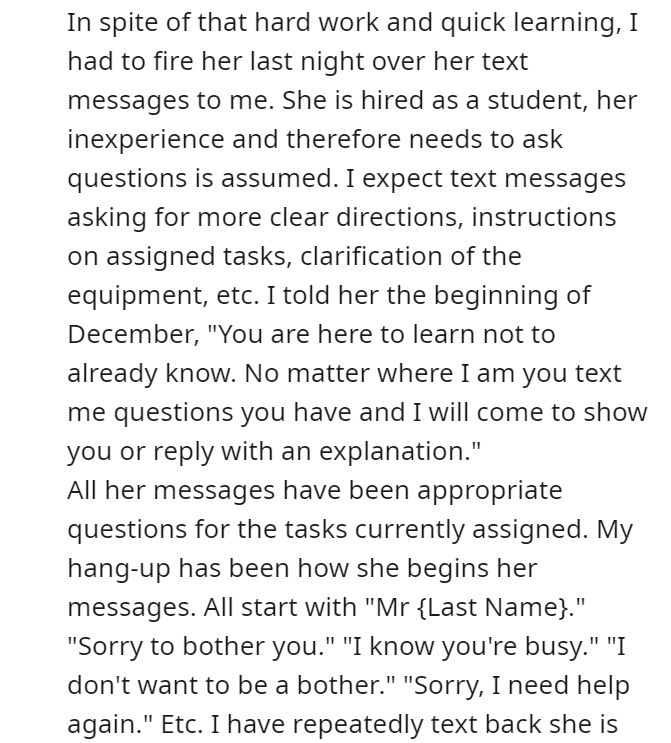 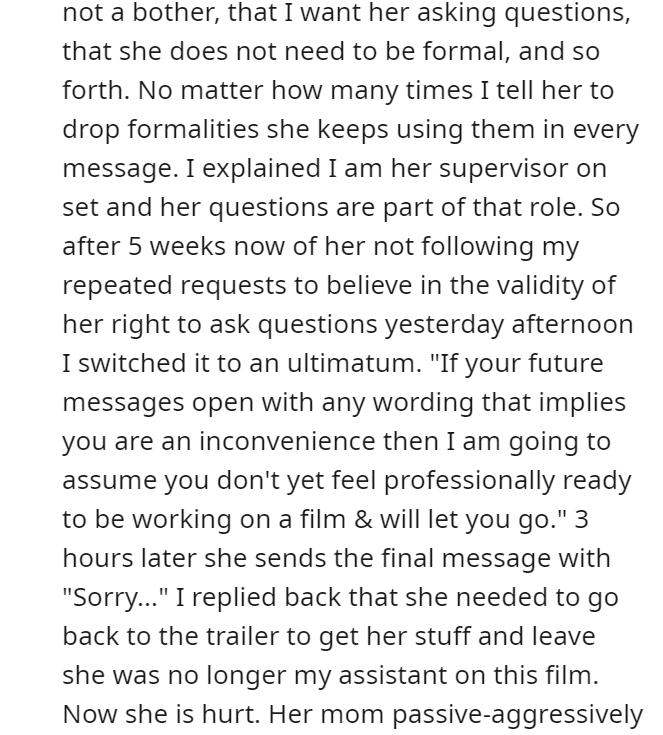 He fired the girl right away but still included her in the credits. He asked if he was wrong for doing so. 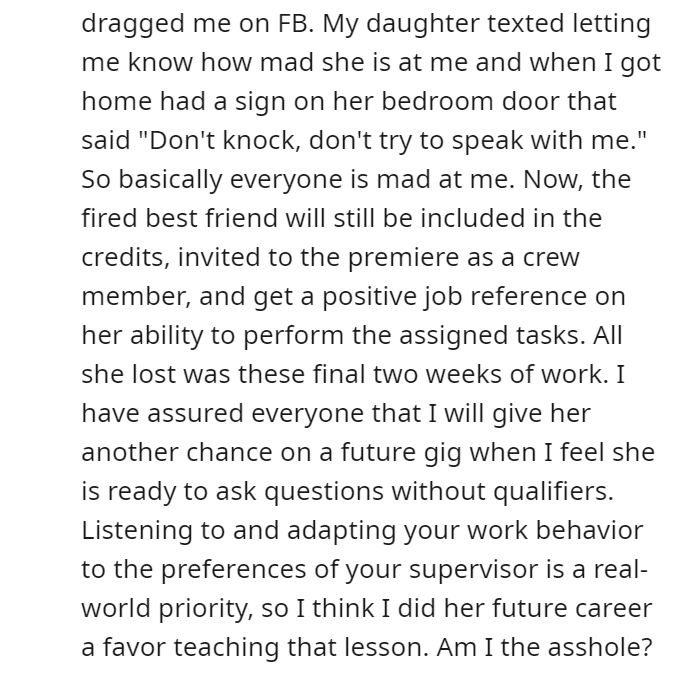 Well, this man pretty much sums up what a toxic boomer is like these days. And to think that he thinks he did the girl a favor by teaching her “work behavior.” The man is highly unprofessional and also just plain rude. He needs to get off his high horse and admit to his mistakes. He is completely at fault here, in my opinion.

This is how other Redditors responded to the question:

People blamed him for doing the wrong thing.

I guess the man just doesn’t want any respect. 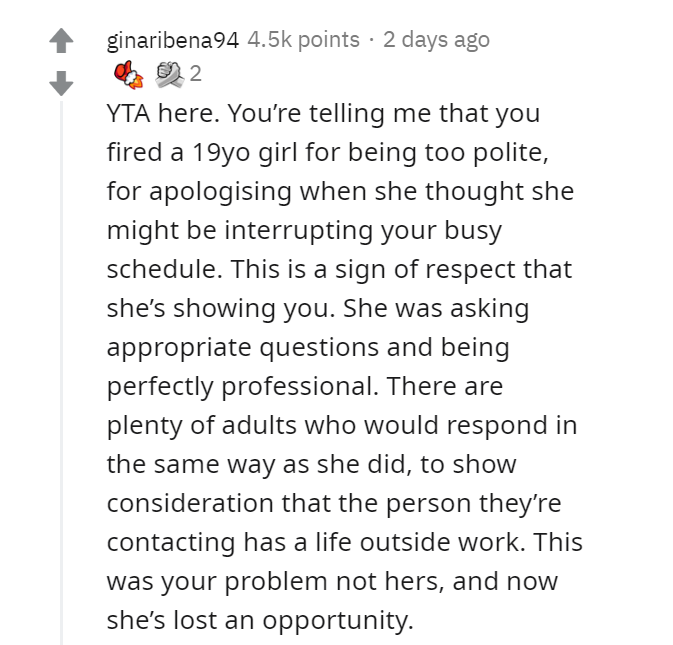 Firing someone over text is more unprofessional than someone starting off a text message with “sorry.” 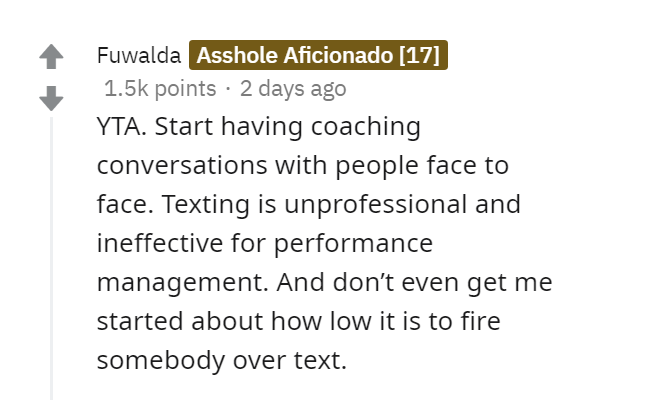 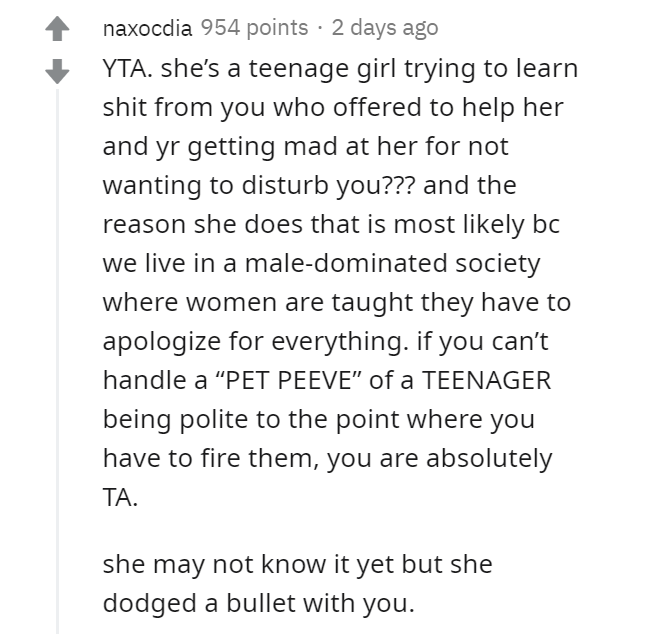 This man is the reason why people lose their hope in humans. 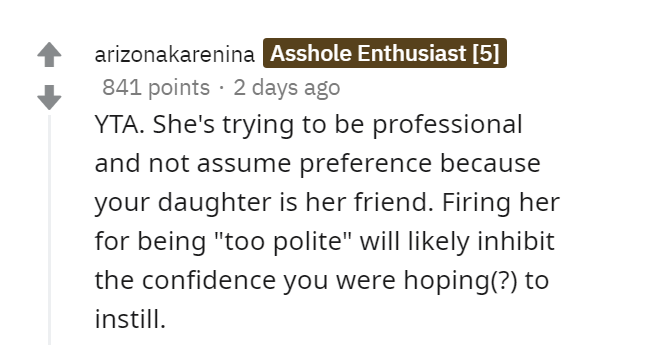 The man is everything he is accusing the girl of being. 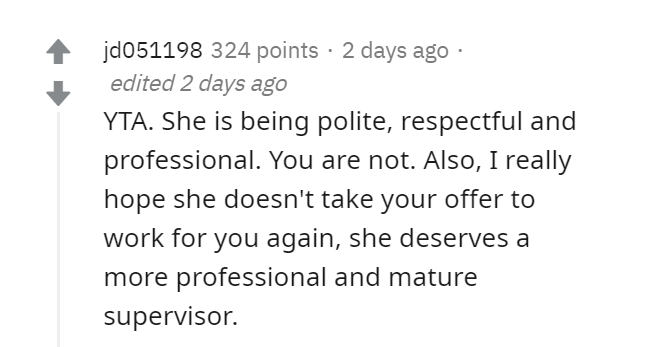 He needs to reflect upon his actions.

Who do you think is in the wrong here? Do you think the man went overboard by firing the girl? Share your opinions with us in the comments below.