The world owes you nothing.

Nobody does favors for anyone, and that too, for free. If you make someone work, you have to pay them for their services. That is the law and also the ethical thing to do. However, small companies usually find ways to blackmail their employees in times of hardship. When there are very few jobs available in the market, companies start underpaying their employees because they know they have nowhere else to go. The employees accept the pay because they have bills to pay and no other option to pick. Suing the company is too much hassle and sometimes employees can’t even pay lawyer fees. So they let things be and the company keeps taking advantage of them.

This guy on Reddit shared his experience of working for a company on a contract. He noticed people working overtime and was surprised they aren’t even getting paid for it. However, the employees had something else in mind. Scroll down below to read the brilliant revenge story:

So the guy worked for the company as an independent contractor for a while. 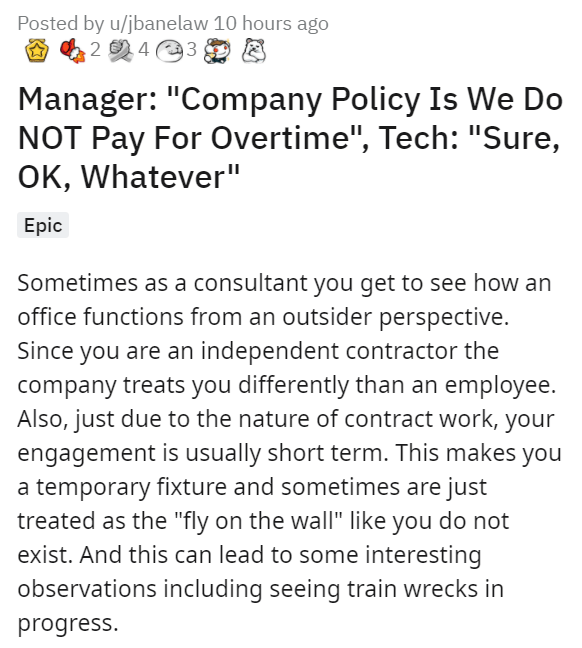 The company didn’t offer him a lot of money, but work was slow for him so he accepted the offer. 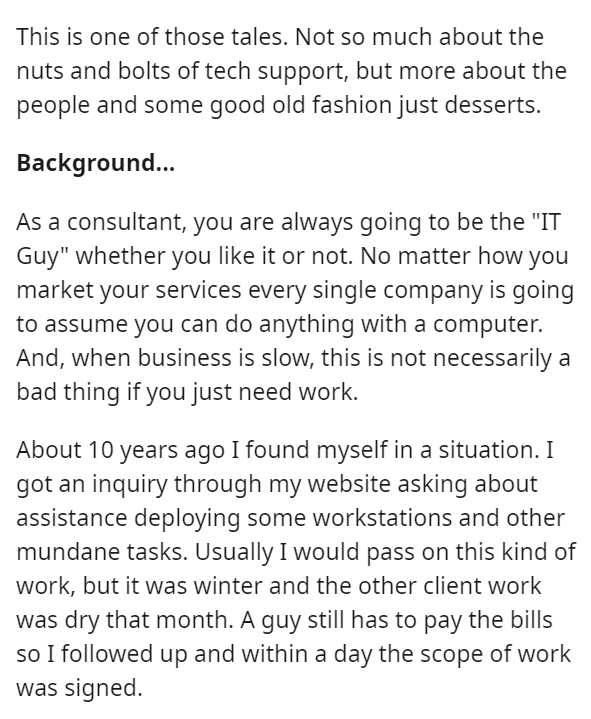 The guy tried to leave as soon as possible as he was working on a flat rate for the company. 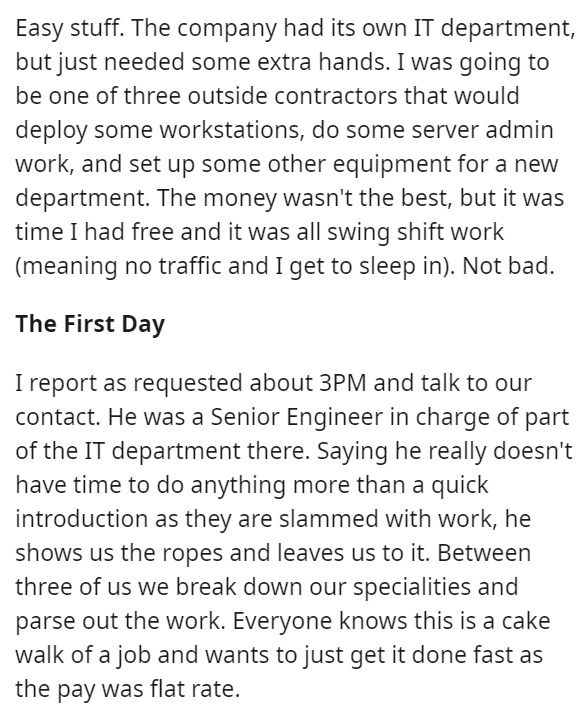 The guy was surprised to see some of the employees still on site even after their work hours should be over. 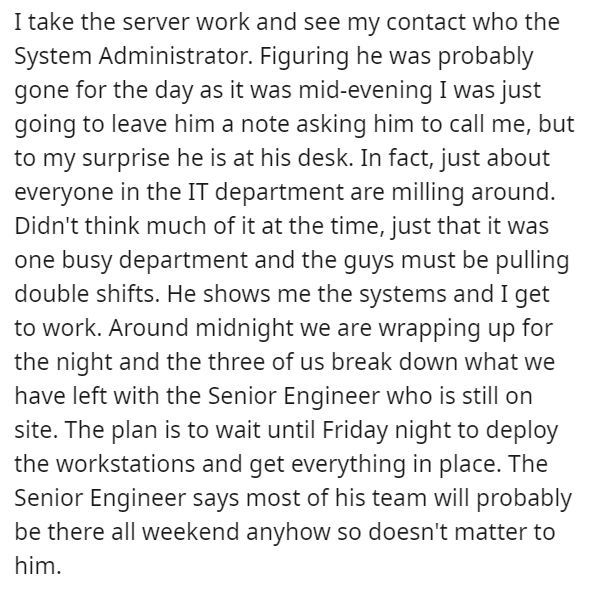 The guy just assumed it must be a busy place and the staff must be pulling down overtime. 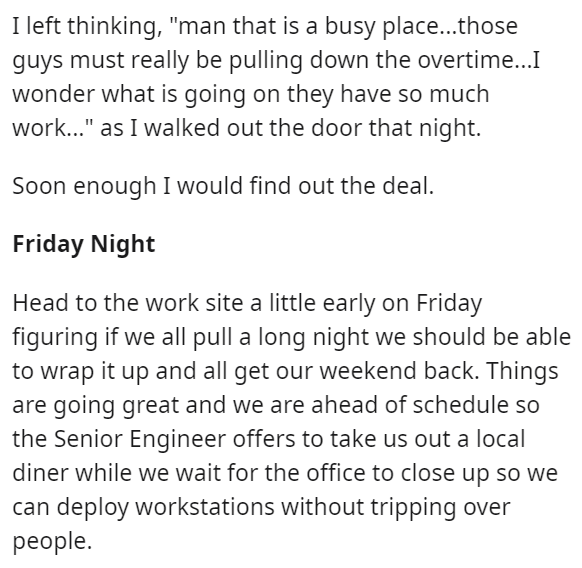 The Senior Engineer explained to him that the company is understaffed so everyone has to pull extra hours. 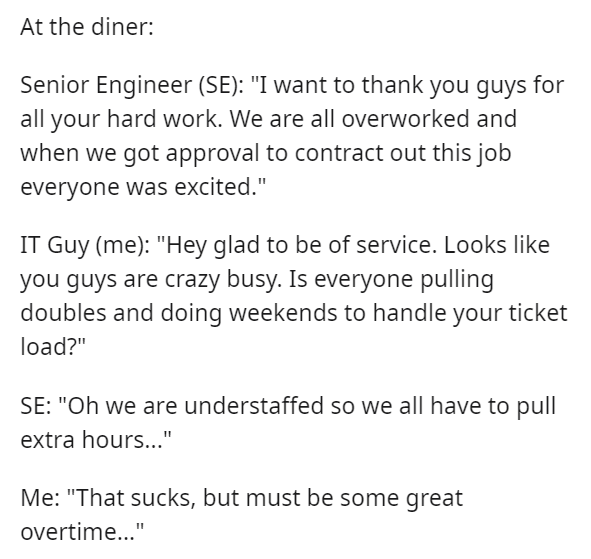 However, he mentioned that they are not getting paid for the overtime. This really made the IT guy curious. 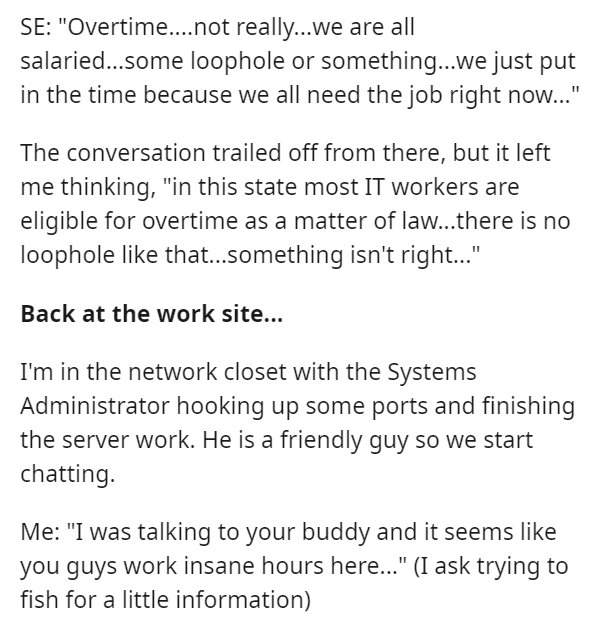 So the IT guy tried to fish out some information from the Systems Admin. 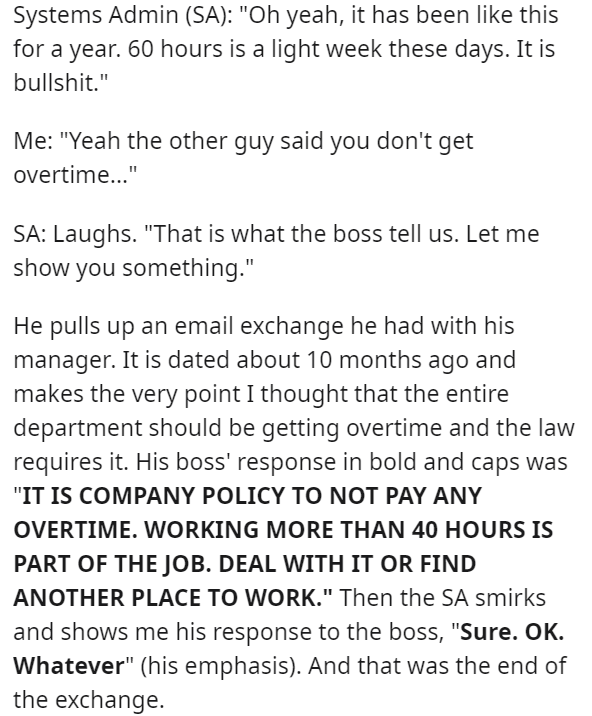 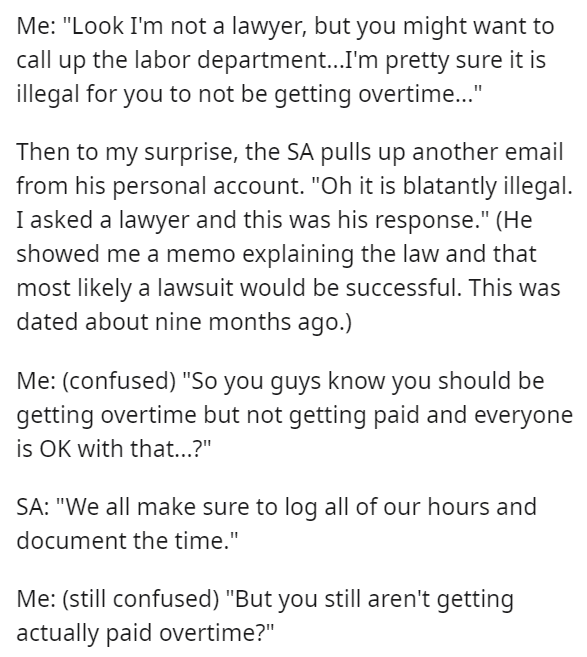 Then the Systems Admin finally revealed the staff’s big plan, and it was mind-blowing. 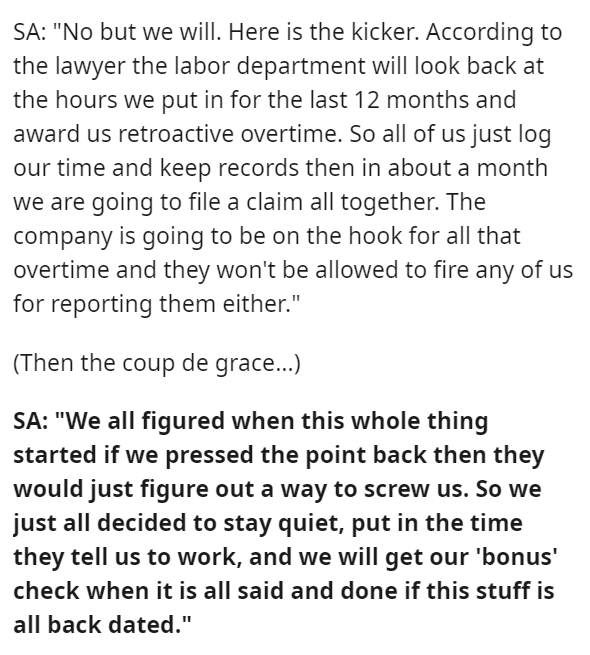 The staff was keeping their timesheets up to date so they get exactly what they worked for in the end. 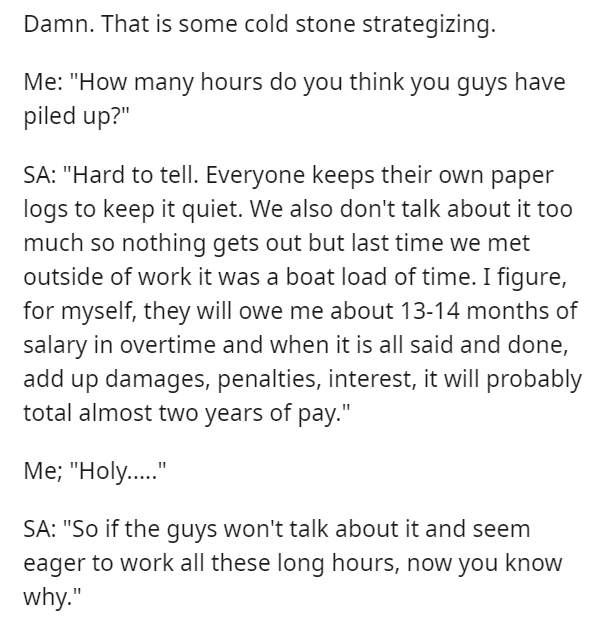 A few months later, the guy received an email from the Systems Admin asking for the guy’s help to act as a witness. 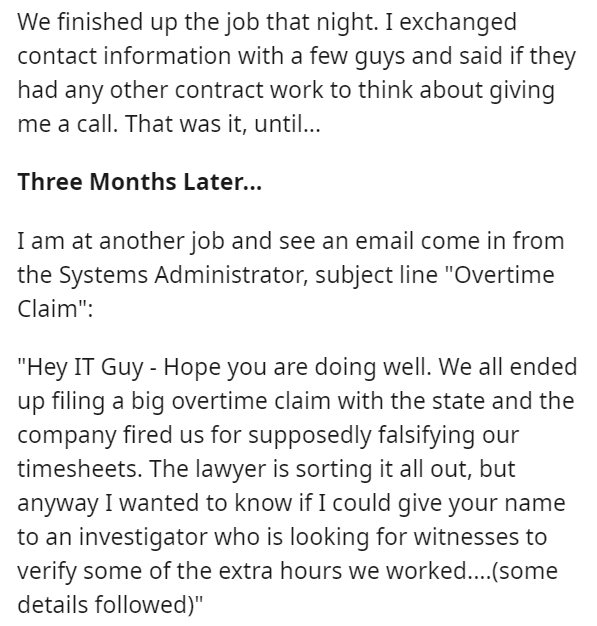 The IT guy agreed and talked to the investigator and provided him all kinds of proof. 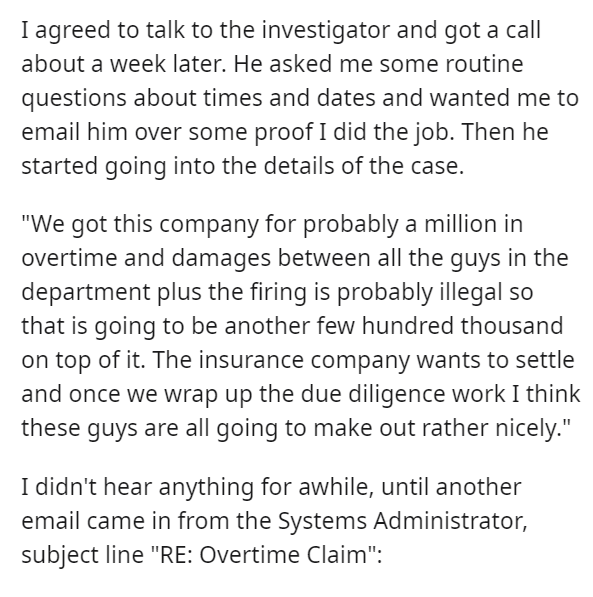 The IT guy received another email from the Systems Admin saying the claim was successful and they received a huge check as compensation. 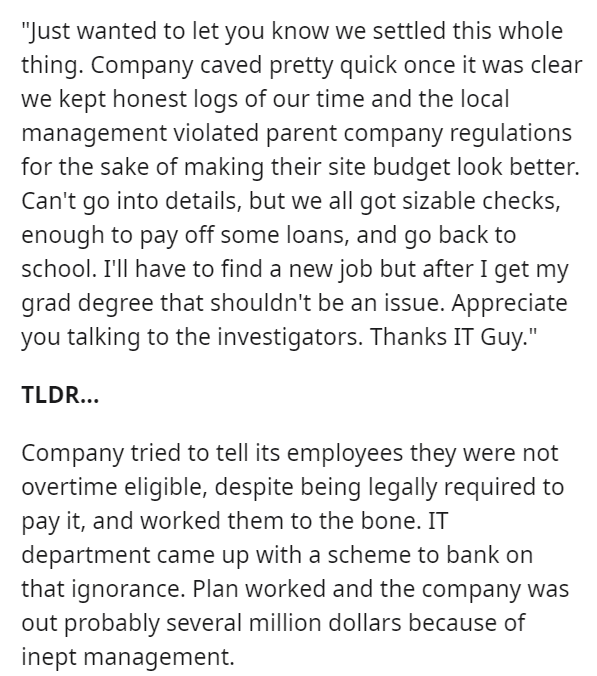 Well, these guys were absolute geniuses. What did you think about this strategy? Share your thoughts with us in the comments below.