Some parents need to be more strict.

I fully understand that parenting is not easy and it is not my place to judge someone. However, that doesn’t mean we can just let it go when a child steals something just because they’re a child. Even most children have a strong sense of morality and know when something is wrong. I know all kids misbehave but stealing an expensive engagement ring and hiding it is not really misbehaving as it is a cry for attention.

The reason behind why this kid did this is unknown. He might have kleptomania or he may need help but I am not a psychologist so I don’t know. However, his parent must get him the help he needs even if he is only 9-year-old. It isn’t as if this is the first time something like this has happened either. It seems to be a pattern in his behavior and you can see what I am talking about by scrolling below.

The story starts right off with the fact that this guy’s engagement ring got stolen.

He knew it was his nephew because he has done things like this before.

But he usually makes up excuses for his behavior and his parents don’t call him out on it either. 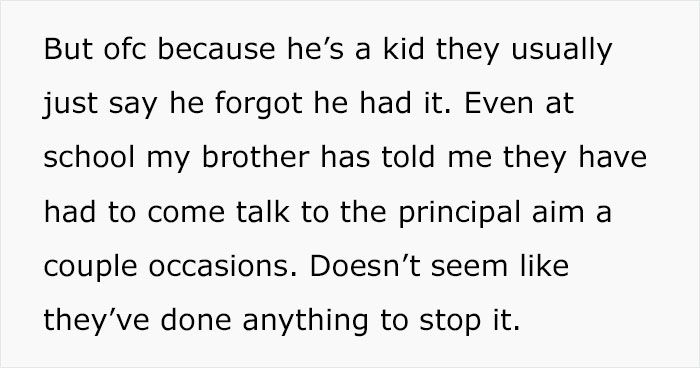 However, the reason his brother’s family ended up living with him is because of financial problems. 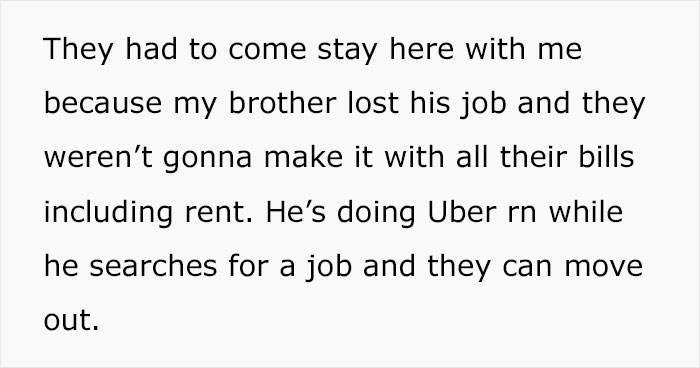 The poster of this story wasn’t happy to let them live in his house but he had no choice. 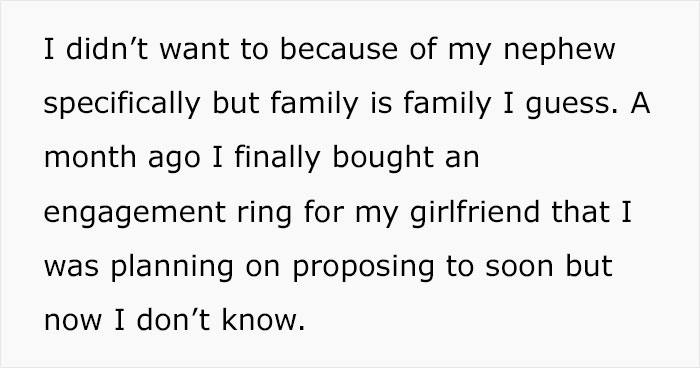 To makes things even worse, the ring is actually quite expensive and he had to save up for it. 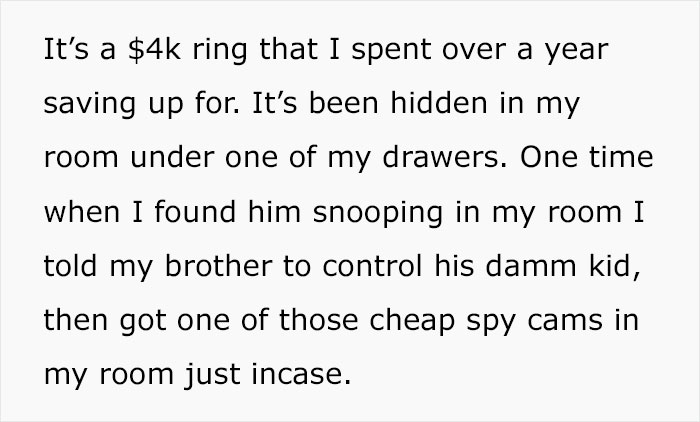 He did notice beforehand that his nephew had taken the ring out.

Even when the kid told him where the ring was supposed to be, it was all a lie. 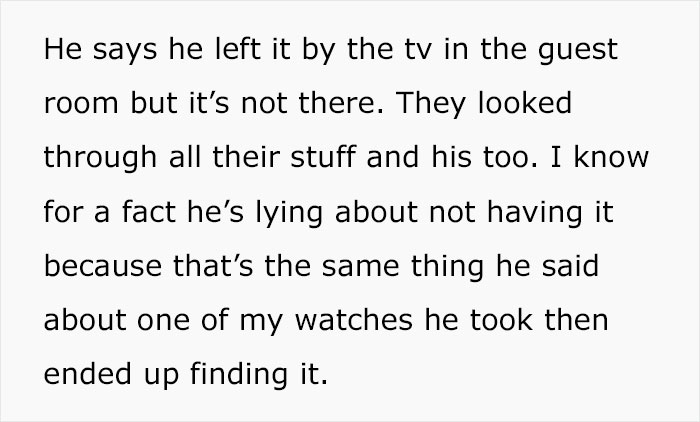 So the poster understandably asks them to pay for it if he can’t find it.

The poster’s brother was upset but he should have reigned in his child beforehand. 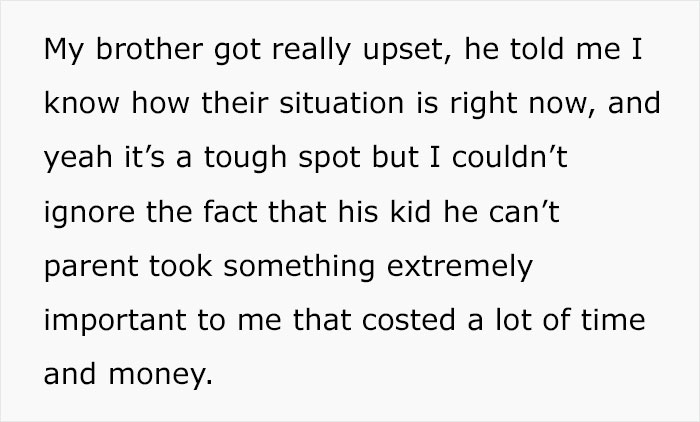 The poster kicked them out and now they are living in a cheap motel. 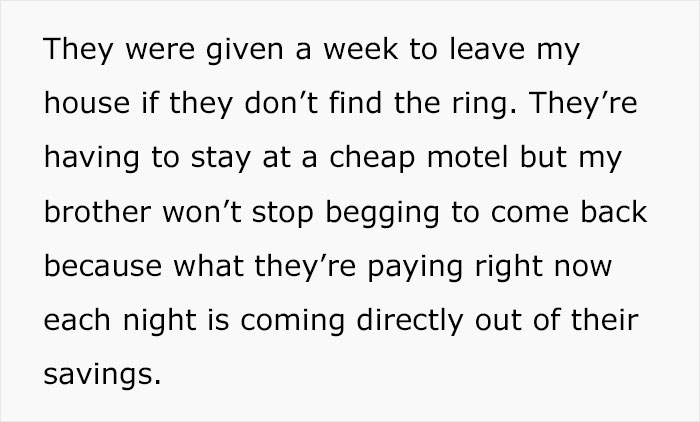 The nephew has apologized but he still isn’t telling him where the ring is.

The poster of this story is clearly feeling bad but he can’t do anything. 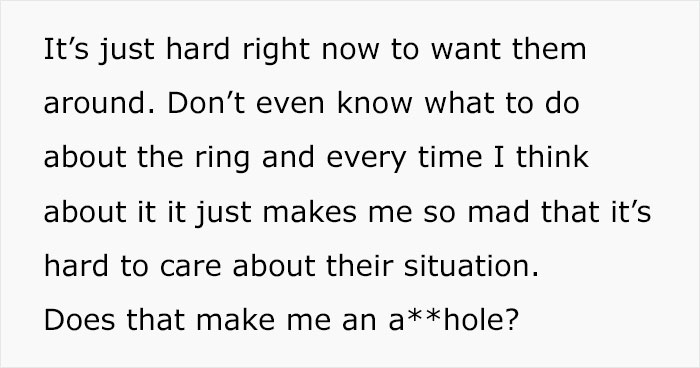 If his nephew really was sorry and if he was just ‘playing around’, he would have told where he put the ring. Whether he stole it because it was expensive and he could see his family struggling or whether he felt the need to, there is no excuse for his behavior. However, I can’t blame the child as he is still young and it is his parent’s responsibility to get him the help he needs which they have failed to do time and time again.

Thankfully though, the guy did make an update for the story and you can see what happened afterward right below.

He thankfully found the ring. 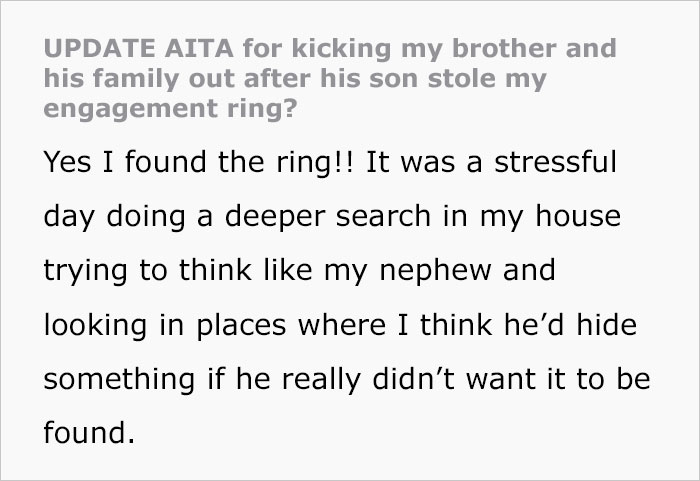 What the kid did is wrong but at least he found the ring. 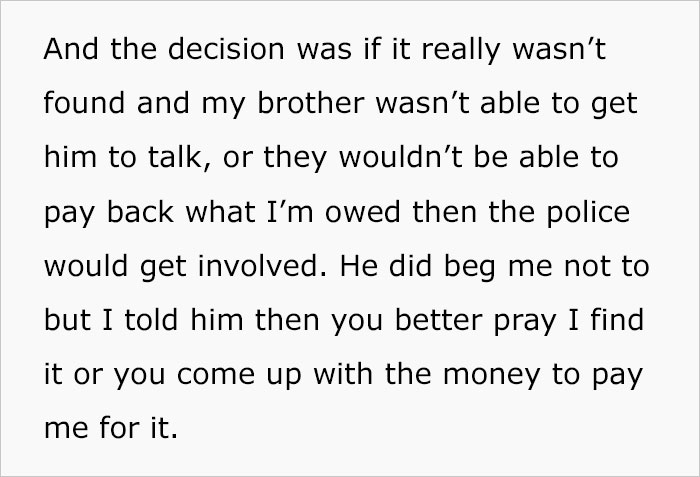 I did think that the kid must have thrown it away but I am glad he didn’t. 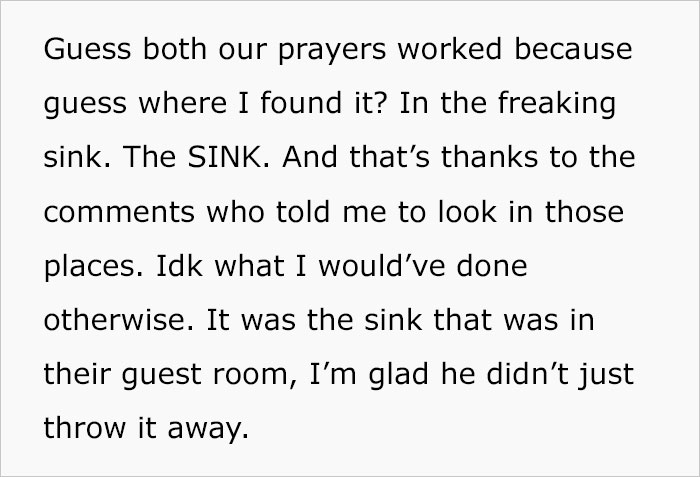 Understandably, the guy was quite relieved and couldn’t wait before proposing to his girlfriend. 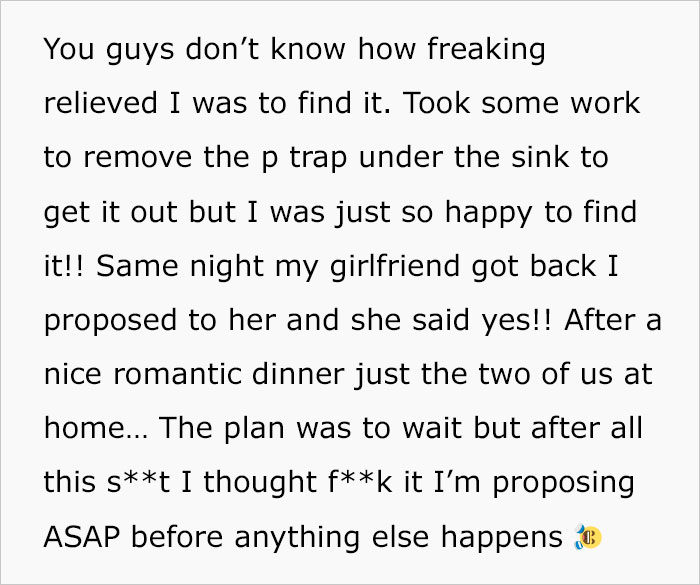 However, he still is adamant about not allowing back his family into his home. 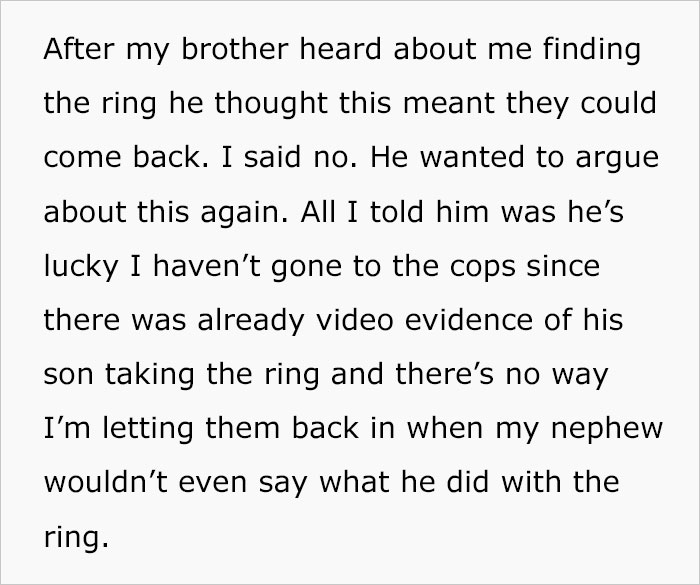 He doesn’t want a similar thing to happen again so he isn’t letting them in. 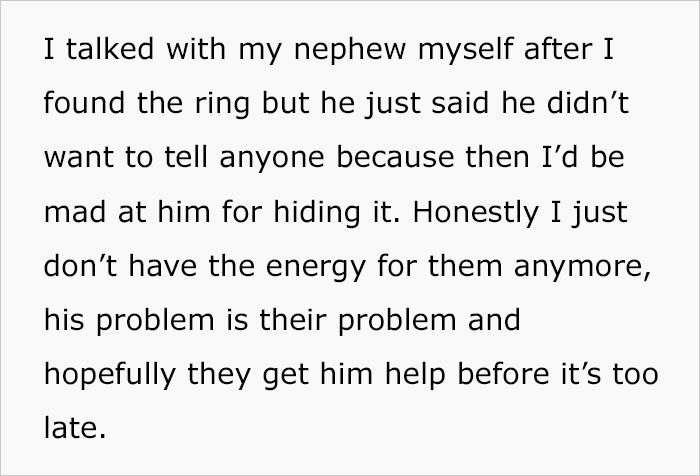 As an extra tidbit, things seem to be going smoothly for him and he is going to soon become a father. 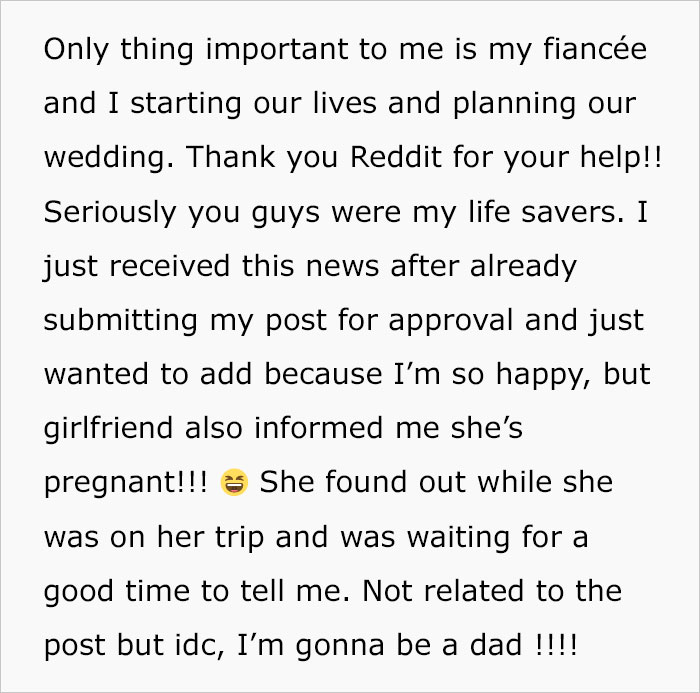 What are your thoughts on this? Do you think he should have let his brother’s family live with him after he found the ring? Or do you think the nephew can’t help himself and he would have stolen something else? Let us know in the comments below.