The truth should always be preferable to a white lie.

While some would say that honesty isn’t always the best policy and that life isn’t as simple as that. However, even if you know the truth will hurt the other person, they deserve for you to treat them well and be honest with them. Although, I would be the first to admit that this is one complicated story. You see this Father wants to know if he is in the wrong for telling his daughter the truth about her late mother.

Apparently, the mother hid her existence from him all of his life and he only got to know that he had a daughter when she is already a 19-year-old adult. So not only did she rob her child of a Father but she also lied about how he was the one who left her rather than the fact that he didn’t even know she existed. But the mother passed away three years back and her family doesn’t want him to tell this to his daughter.

As you can probably tell from the title, he could lie to his daughter so he came clean about everything.

AITA for telling my daughter the truth about why I wasn’t in her life? 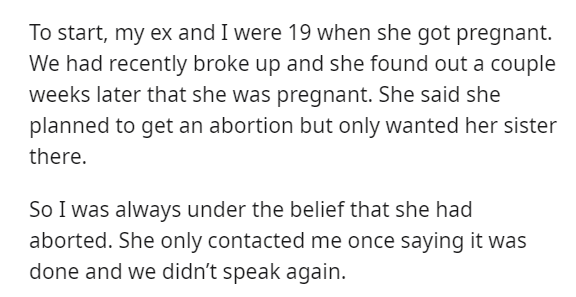 The weirdest thing about this whole mess is how she was able to hide her from him. 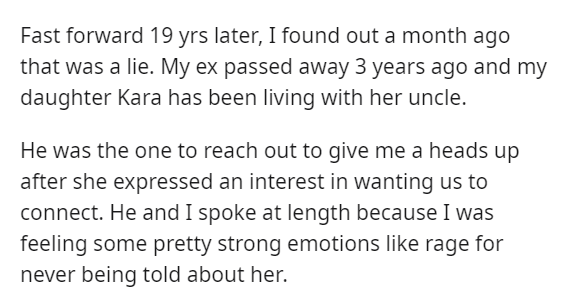 After all, did they not have any mutual friends or did she move away to another country?

She apparently never painted him as a villain but that doesn’t make the lie any better. 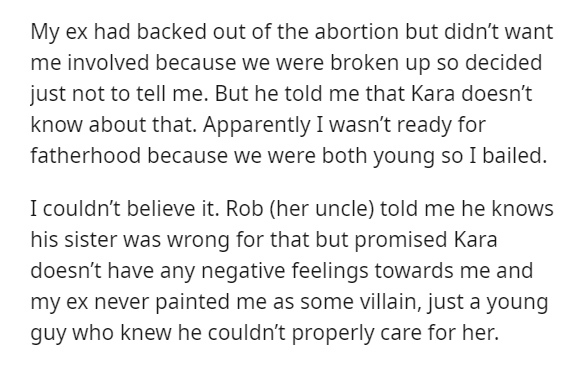 The daughter is already 19 years old and she only just got to meet her biological father.

She had clearly been holding her tongue about the all-important question as she didn’t want to pressure him too soon.

However, he could start the foundation of this relationship on a lie so he came clean about her mother. 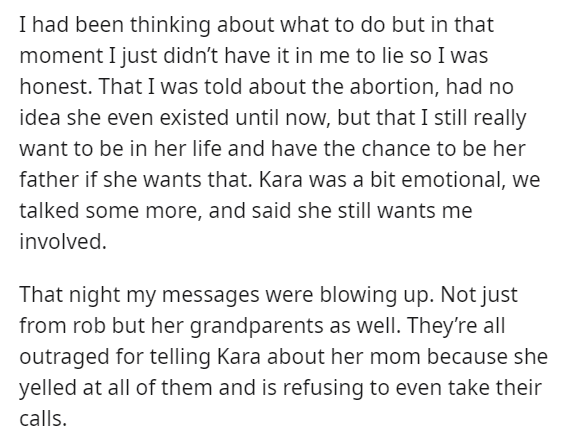 Unsurprisingly enough, she wasn’t ecstatic to hear the truth but couldn’t blame her Father. 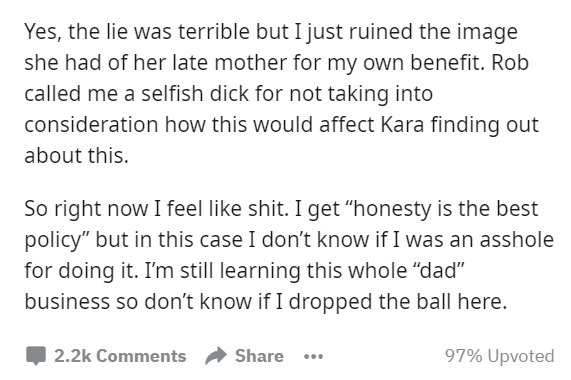 This is why he has some doubts about whether he did the right thing by telling her the truth. He thinks it might have hurt her in the long run and it may come off as selfish. At the end of the day, he didn’t want to ruin the image of her late mother but unintentionally did so as well.

She is an adult and deserves to be treated as such. 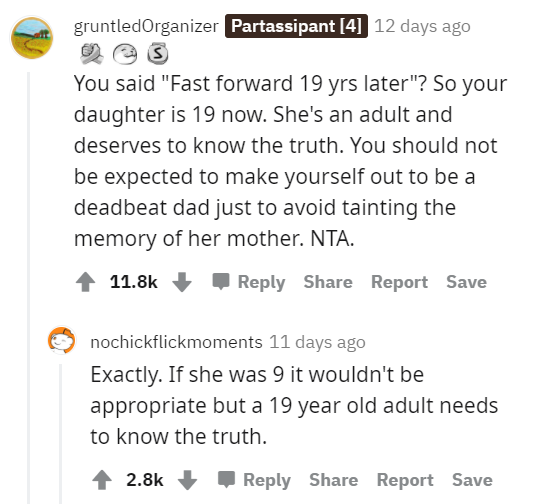 NTA! Your ex lied, your ex created this mess. I’m sorry she has passed, but she did this. You have no obligation to continue a lie you had no part of. Your daughter deserved the truth. –AMSLOVE123

Just imagine, what that could do for a person’s self-esteem. 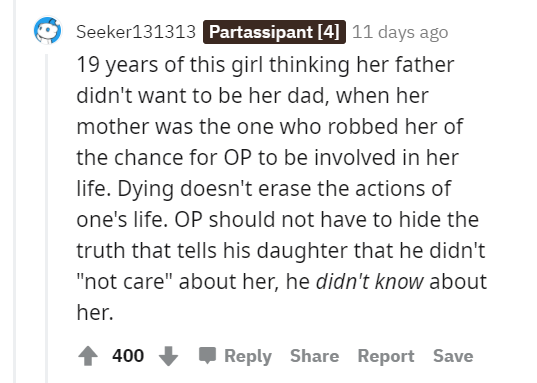 He never got the chance to make the decision for himself as the choice was stripped away from him. 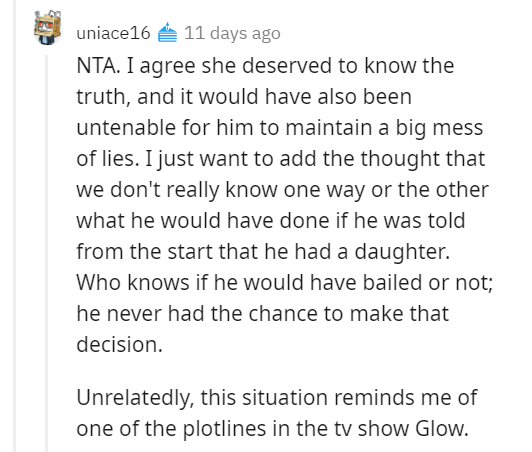 Many people commented on how the Mother’s side of the family doesn’t get to have a say anymore. 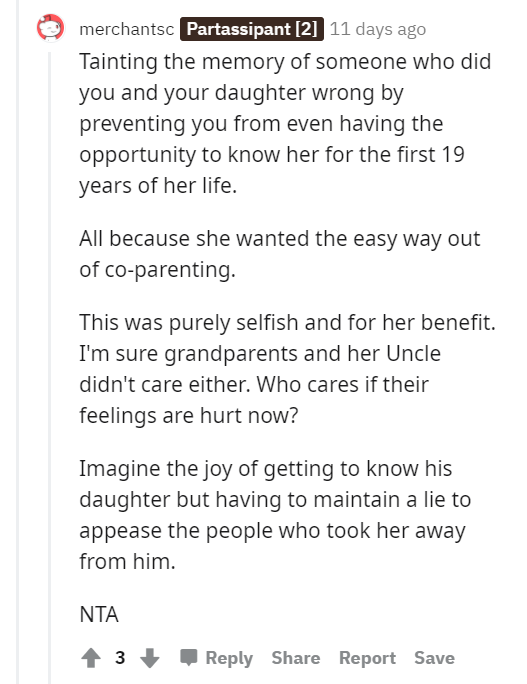 As long as he doesn’t leave her high and dry, this might actually be good for her. 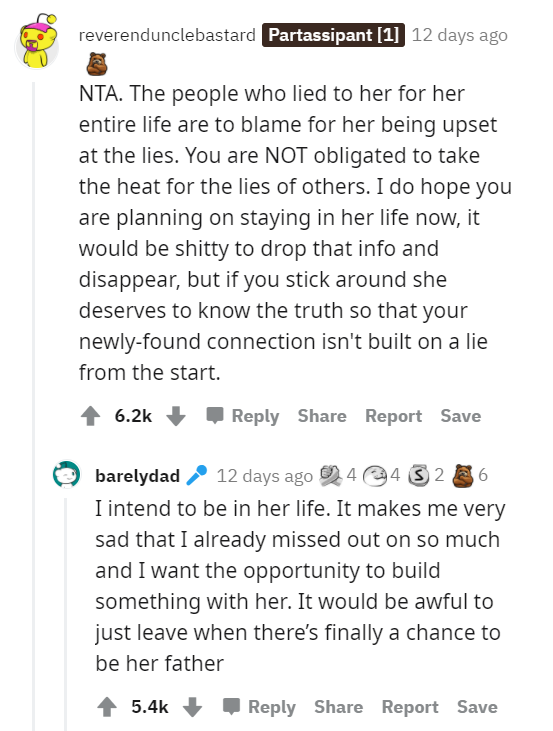 However, bad the breakup was, the woman should have told him that he had a daughter. 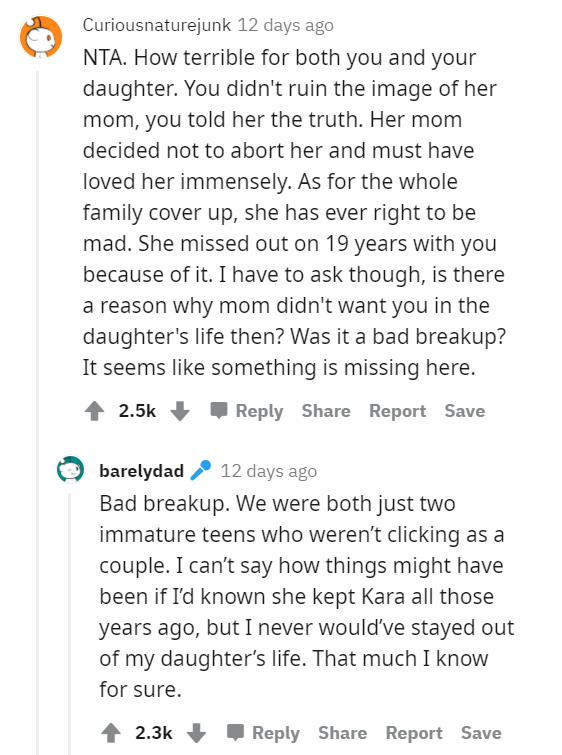 Although, we don’t know the nitty-gritty of the story either. 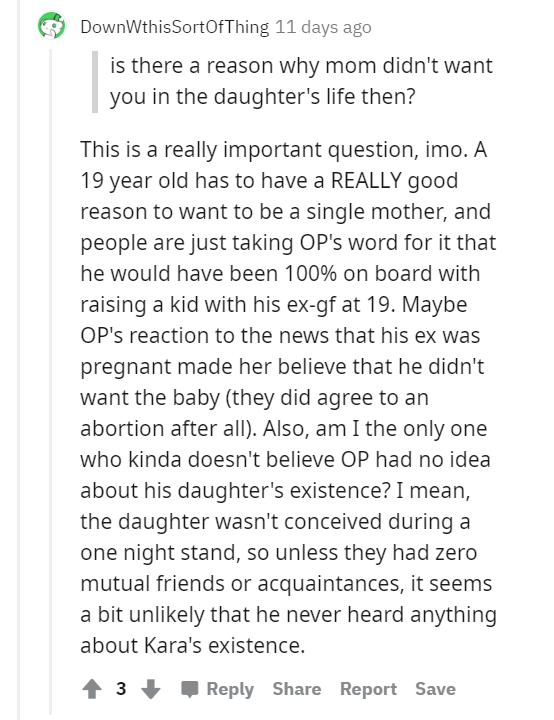 OP, have a sit down with your daughter and explain that her anger is misplaced toward her family, they were only respecting her mother’s wishes. As for you, you did not go out of your way to tell her, she asked, and she is an adult now, so there is no reason for you to continue a lie you had no say in.

It’s probably better for your relationship that she knows the truth versus thinking your some guy that walked out on her. Your age at the time had nothing to do with your not being in her life, and that lie is damaging to your character and would make it more difficult to get to know your daughter in my opinion. It doesn’t sound like you were berating her mother by telling the truth. Explain all this to the daughter and family. –Sgfj98

All they can hope to do now is to move on from this and form a strong bond. 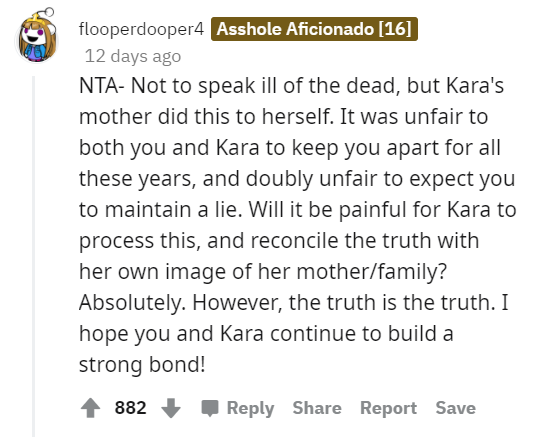 What are your thoughts on this matter? Do you think he was right to tell her the truth? or do you think he is hiding something? Comment down below and let us know.